The etiology and pathophysiology genesis mechanisms of benign prostatic hyperplasia and prostate cancer have not yet been fully elucidated. Men’s age is clearly the strongest risk factor. Due to its nature, prostate cancer is considered a heterogeneous disease.

Benign prostatic hyperplasia is a major health care expenditure in Australia, and this is trending upwards from $5.3million in 2011 to $35.2million in 2018 [1]. Data from the Australian Institute of Health and Welfare predicted that by 2020, 21 out of 100,000 Australian men will die from prostate cancer [2].
This new perspective and overview analyses and evaluates the biological aspects in the accrued interdisciplinary evidence for prostate ageing degeneration, which could provide us with answers to the etiology and pathophysiology genesis mechanisms. These include testosterone ageing, vascular ageing and inflamm-ageing along with amyloidosis and autophagy in cell regulation and homeostasis, as molecular and cellular evidence of prostate ageing in a degenerative multifactorial heterogeneous disease. These new insights into the early evolution of benign prostatic hyperplasia and prostate cancer would allow us to develop strategies for early prevention and maintaining quality of life for the ageing individual along with substantial medical cost savings.

This prostate ageing degeneration hypothesis postulates that this triad of testosterone, vascular and inflamm-ageing results in conjoining nitric oxide down-regulating, vascular/endothelial dysfunction and inflammation, with the induction of amyloidosis and autophagy. These are the key etiology and pathophysiology contributors to the prostatic diseases within the evolutionary tumorigenesis microenvironment. It provides a framework for integrating new evidence into a comprehensive concept of a timeline of evolutionary cancer biology of prostate ageing as degenerative, inflammatory and neoplasm progressions of the diseases, for at least a 30 years period (Figure 1). This is a testable hypothesis where biomarkers panel sets can be used to chart the course and range of the ageing degeneration processes. 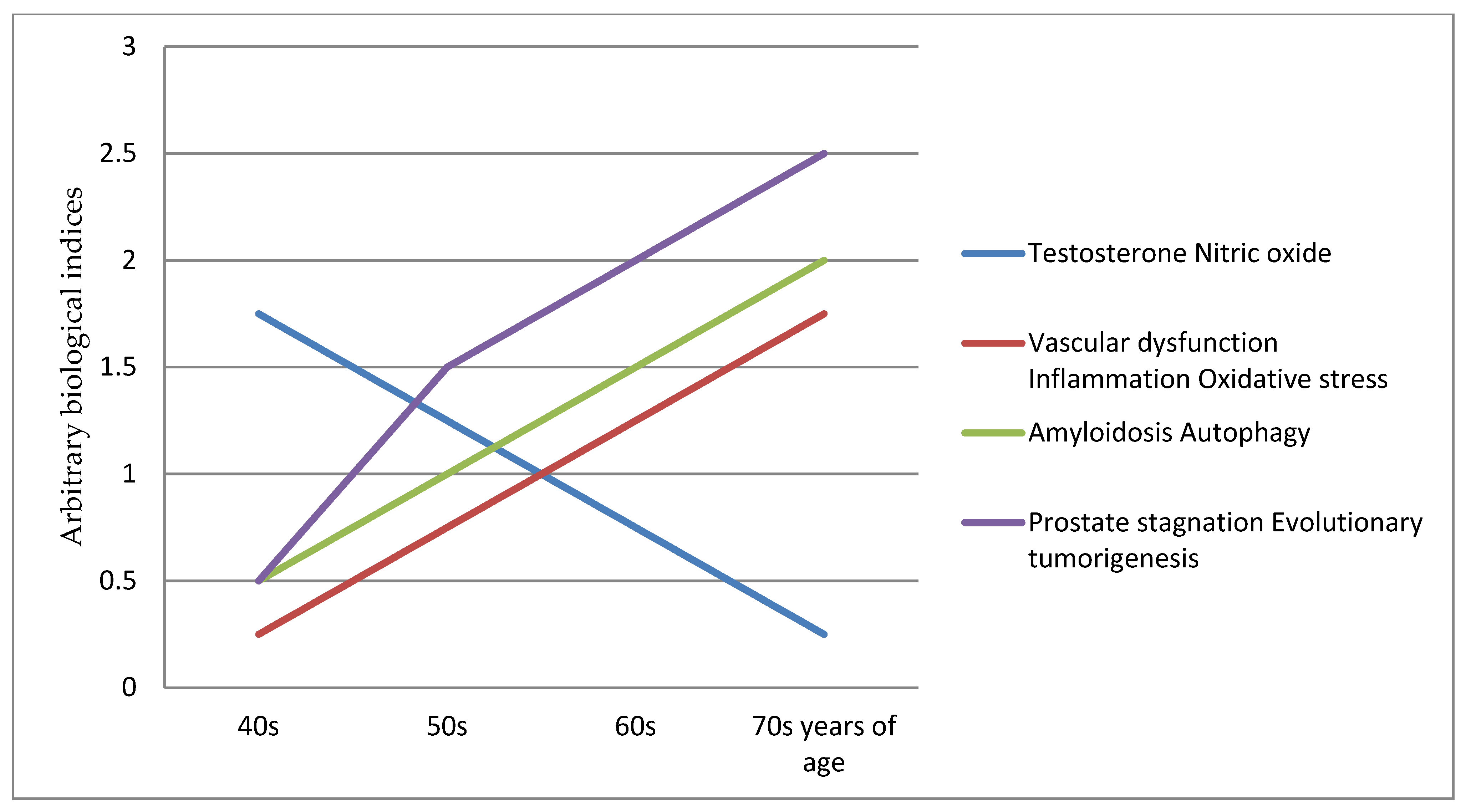 Figure 1. Prostate ageing degeneration hypothesis schematic chart.
The future paradigm shift involves an emphasis on prevention as early maintenance of healthy vascular function is necessary to preserve cell function, homeostasis and regulation [3][4], thus prolonging the function of the prostate gland, and delaying/avoiding late stage amyloidosis and autophagy dysregulation [5][6][7][8][9]. Other, potential strategies for ameliorating these biological processes of endothelial dysfunction, oxidative stress and inflammation [10][11][12] could be developed. These should also be complemented consistently with a healthy diet and lifestyle [13][14][15][16].
The key in preventive medicine is to prevent the disease from developing by catching or stopping it early; in this case between the fifth (40s) and before the seventh (60s) decade of life [17][18][19]. A potential three-pronged approach can be explored:
Testosterone replacement therapy: long term replacement therapy should be considered to maintain the vascular function; this is a topic of importance that is discussed below as it is an integral part of the prostate ageing degeneration hypothesis.
Nutraceuticals supplement: three supplement combinations [20][21][22][23][24][25][26][27][28][29] are necessary to ameliorate the biological processes of endothelial dysfunction (e.g., l-citrulline [30][31][32], l-arginine [33][34]), oxidative stress and inflammation [35]; publications on this topic are extensive and therefore it is not discussed here.
Prostate stagnation: a standard operating procedure using a patented prostate device US8182503B2 could be developed for regular periodic home use for prostate-rectal drainage [36][37][38], in order to modulate the prostate-stagnation tumorigenesis inflammatory microenvironment [39][40]; this is yet to be fully investigated.
Testosterone replacement therapy has been mired in controversy since its introduction in the 1930s up until to the present day [41][42][43][44][45]. Similarly, findings from the Women’s Health Initiative trial of continuous conjugated equine estrogens alone reported two years later, which suggested prevention of coronary heart disease in women who began hormone replacement therapy at age < 60 years and an overall reduction in breast cancer, were largely ignored [46]. This highlights the “window of opportunity and timing” hypothesis, in which the age of starting hormone replacement therapy affects its risk [47] and with “yin-yang” roles [48]. Nitric oxide is one of the most well studied and recognized female estrogen-induced vasodilators [49][50][51][52].
Important health problems in men such as type 2 diabetes, insulin resistance, erectile dysfunction, benign prostatic hyperplasia and depression have been shown to share common pathological processes, such as endothelial dysfunction and inflammation [53], and in numerous testosterone-related concomitant disease and comorbidities [54][55][56][57][58][59][60][61][62][63][64][65][66][67][68][69][70][71][72][73][74][75][76]. Men with low testosterone levels exhibit increases in cardiovascular disease risk markers [77], micro vascular dysfunction [65][78] and these are associated with higher prostate cancer aggressiveness [79]. Both aggressive and metastatic prostate cancer are influenced by metabolic alterations and cardiovascular disease [80], and the progression in hormone naïve prostate carcinomas correlates with low numbers of vascular vessels [81]. In human surgical specimens, there is evidence that local atherosclerosis of the prostatic artery is significantly associated with prostate size [82]. The use of nicorandil, a nitrate derivative to increase the blood flow, reduces the development of prostatic hyperplasia [83]. Sclerotherapy of the internal spermatic veins restores normal supply of testosterone to the prostate solely via its arterial supply, resulting in a significant decrease in prostatic volume and symptoms [84]. Findings from a study suggest that endothelial dysfunction is associated with lower urinary tract symptoms in men [65]. Experimental testosterone deprivation orchiectomy studies showed induced changes to the prostate of rats, and testosterone replacement therapy was effective in reversing such alterations [85]. In two 60-day studies, canine orchiectomy lowered prostate vascularisation [86] and blood volume [87].
Erectile dysfunction is associated with prostate cancer incidence [88] and vascular function. Sleep fragmentation, benign prostate obstruction and nocturnal frequency could decrease sleep-related erections, reflecting the patient’s relevant erectile function [89]. Long term testosterone therapy improves long term blood circulation of penile arteries, penile length and girth, erectile function, and nocturnal penile tumescence and duration [90]. Low androgen status decreased the nitric oxide production and impaired erectile function of rats [91] and electrical penile erection stimulation in mice induced angiogenesis, cell survival and proliferation, and anti-fibrosis signaling pathways [92].
Nitric oxide serves many biological functions [93][94][95]; ageing is frequently associated with l-arginine deficiency [96][97] and with the menopausal transition in women [98], as a substrate for nitric oxide synthase. Both oral l-citrulline and/or l-arginine supplementation increases nitric oxide bioavailability levels in plasma and tissue [30][31][32][33][34][99]. L-arginine restores doxorubicin-induced vascular dysfunction in cancer treatments by attenuating vascular nitric oxide release and apoptosis [20]. Emerging evidence suggests that increasing nitric oxide bioavailability or endothelial nitric oxide synthase activity activates telomerase and delays endothelial cell senescence [100].
A collaborative analysis of the worldwide data on endogenous hormones and prostate cancer risk, found no risk association [101]. In cancer, the two-concentration (biphasic) hypothesis of nitric oxide has determined that low levels of nitric oxide are cancer promoting, while high levels of nitric oxide are protective against cancer [102][103][104][105]. The acquisition of hypoxia-induced malignant phenotypes in tumor cells is impeded by nitric oxide activation of cyclic guanosine monophosphate signaling [106]. Nitric oxide promotes apoptosis and inhibits autophagy in human liver cancer cells [107]. In autophagy, tripartite motif 36 expression is increased in response to androgen and has a prostate cancer suppressive role [108][109][110]. Loss of testosterone impairs anti-tumor neutrophil function [111].
Testosterone replacement therapy itself is able to reduce endothelial dysfunction, oxidative stress and inflammation [112][113][114][115][116][117][118][119][120][121], and is used as treatment for lower urinary tract symptoms and erectile dysfunction [90][122][123][124][125].

The disease criteria used by the World Health Organization were applies to human biological ageing and it has been found that aging fits the ICD-11 criteria and can be considered a disease; it is included in the extension code for “Ageing-related” (XT9T) in the “Causality” section of the ICD-11 [126].
Tissue degeneration and loss of organ function are features of ageing; conversely, cancer is a state of sustained cellular proliferation and the gain of new functions [127].
Therefore, the most advantageous and best chance strategy is early preventive intervention before tissue damage sets in, and to maintain the vascular function of the ageing prostate gland for as long as possible. Could early, long term testosterone replacement therapy be the Achilles’ heel of prostate cancer? A large preventive trial is warranted to discover the answers to this important question.