Zone refining is a technology of deeply purifying metals. Its essence is to use the difference in solubility of impurity elements in the solid and molten state of the main metal to precipitate the impurities or change the distribution of the impurity elements. It provides an effective and easy method for preparing high-purity metals.

High-purity metals (99.999% (5N) or higher) are widely used in modern electronic information, aerospace, defense. The development trend of modern science and technology requires high-purity or ultra-high-purity of metals, because some important characteristics of metals are affected by the type and amount of impurities in the matrix, and some characteristics are even masked by trace elements [1]. 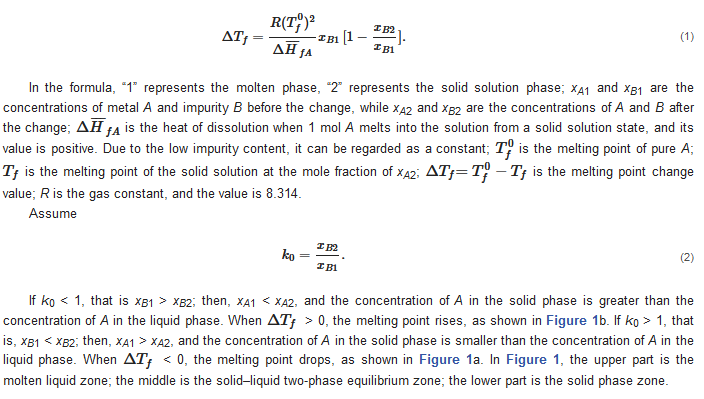 2.2. Analysis of Changes in Impurities during Zone Refining

Since Pfann [9] published the pioneering work of zone refining, domestic and foreign scholars have conducted a series of research and discussion on the influencing factors of zone refining from a practical and theoretical perspective. These factors are mainly equilibrium distribution coefficient, zone refining rate, melting zone width, diffusion layer thickness, and zone refining times. 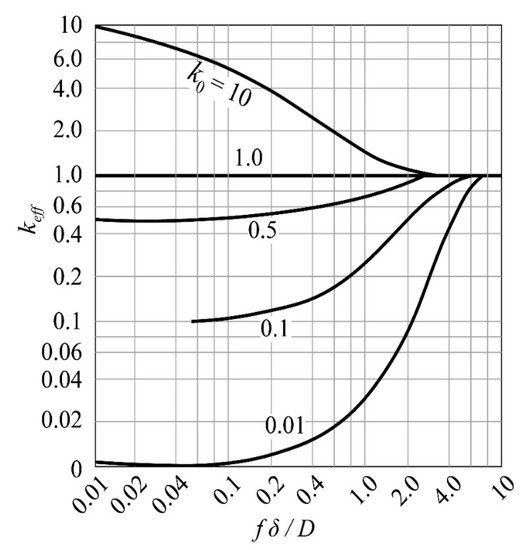 The selection of the moving speed of the melting zone (that is, the zone refining rate) directly affects the purification efficiency, which is related to the production cost. Therefore, in the purification process, it is necessary to formulate an appropriate rate according to the characteristics of the material itself. The choice of the optimal refining rate is to strike a balance between the formation of single crystals and the reduction of the degree of segregation [10].

The zone refining process needs to be repeated many times. As the number of times increases, the purification effect also increases, but after a certain pass zone melting, the impurity concentration distribution is close to the “limit distribution”, as shown in Figure 5. 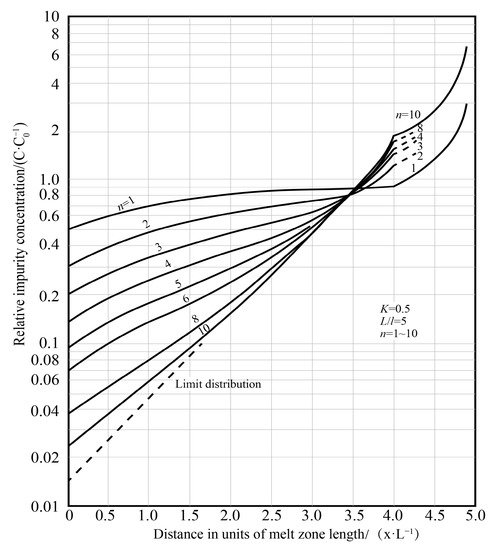 3.5. Application of Current in Impurity Transmission

Applying a current field during the refining process (see Figure 7) can improve the segregation of impurities at the solidification interface through electromigration.

During the refining process in the horizontal area, the longitudinal section of the ingot will become tapered due to the mass transfer and even cause the melt to overflow. To avoid this phenomenon, the crucible should be inclined at an angle θ relative to the horizontal direction.

Based on the same principle, there are various zone refining technologies. There are two main types, refining in the suspension area and refining in the horizontal area, as shown in Figure 8.

The emergence of refining in the suspended area has greatly promoted the study of refractory metals. This method can not only effectively remove volatile metals and gas impurities in refractory metals, as well as avoid secondary pollution of metals in the refining process, but also effectively control the metal melt flow [13]. Table 4 lists the differences between the two methods.