Submitted Successfully!
Thank you for your contribution! You can also upload a video entry related to this topic through the link below:
https://encyclopedia.pub/user/video_add?id=862
Check Note
2000/2000
Silphium
Edit
Upload a video
This entry is adapted from 10.3390/agriculture10040132

The chemical composition of three Silphium species in the aspect of the possibility of their use for various purposes has been evaluated. The plant material of three Silphium species (S. perfoliatum, S. trifoliatum and S. integrifolium) was acquired from cultivation located in eastern Poland. The vegetative propagating material consisted of seeds and rhizomes. Content of protein (up to 22.9% in leaves of S. perfoliatum), amino acids (aspartic acid—up to 12.0%, glutamic acid—up to 9.5%, and leucine—up to 9.4%), fat (up to 4.2% in inflorescences of S. perfoliatum), cellulose (up to 42.9% in stems of S. trifoliatum), water-soluble sugars (up to 26.7% in rhizomes of S. perfoliatum) and mineral substances (ash up to 20.9% in stems of S. integrifolium, with significant levels of elements such as K, Ca, Mg, Fe, Mn) in the tested Silphium species can be an important criterion determining a positive evaluation of these plants as sources of alternative raw materials. The conducted research is meant to draw attention to the possibility of use of the biomass of three Silphium species as a potential source of ecological and renewable raw material for food, pharmaceuticals, feed and possibly also for energy generation purposes.

At present, one can observe a trend for the search for plants that can provide, e.g., food products with specific health-promoting properties, raw materials for the pharmaceutical industry, and renewable sources of energy. In addition, research on new crop plants is related to the protection of the natural environment, i.e., organic agriculture, biological reclamation of soils, and counteracting the greenhouse effect. These trends have caused an increase in the interest in new plant species both on the part of farmers and of the users of plant raw materials.

Silphium L. (Asteraceae), commonly known as resinweed, is found in central and eastern United States and Canada. According to Stuessy [1], the genus includes 23 species; other authors estimate that it consists of 13–33 species [2][3][4][5]. These differences in classification are caused by polymorphism in the genus. Silphium was brought to Europe from North America in the 18th century for its ornamental value. Best known are the following species: S. perfoliatum L., S. integrifolium Michx., and S. laciniatum L. The latter was well known to trappers crossing North America and was used as the so-called “compass plant”, its leaves indicating the north-south direction [6]. Various North American Indian tribes applied Silphium for medical purposes. Ojibwe (Chippewa) Indians prescribed: root extract when treating rheumatic diseases (lumbago and different pains with a rheumatic basis); broth made of roots for treatment of pulmonary diseases (lung haemorrhage) and as an analgesic at abortion; were also applied in the case of stomach disturbances and heavy haemorrhage [7][8]. Indians of the Fox tribe used napery from S. perfoliatum roots to reduce abundant menorrhea, as an anti-emetic during pregnancy and as an agent protecting against preterm birth [8] and recommended the use of S. integrifolium rhizomes to treat kidney diseases and as an analgesic agent, and used brew from leaves to treat urinary bladder disturbances [8]. Iroquois Indians recommended broth from Silphium roots as an emetic and as an additive to a bath in cases of paralysis. Moreover, roots were used for rituals [9]. Indians from the tribes of Winnebago, Ponca and Omaha applied inhalation of smoke from burning roots and other parts of rosinweed in head colds, neuralgias and rheumatic pain treatments; moreover, the Winnebago tribe used root broth as an emetic [10][11][12]. In American herbal medicine, these plants were used as refreshing, sudorific, diuretic and expectorant agents during persistent dry cough and asthma and for treatment of liver and spleen diseases, gastric ulcers and internal injuries [13][14]. Hoppe, [15] and PDR for Herbal Medicines, [16] state that the roots of S. laciniatum and S. perfoliatum have homeopathic applications—they are used for the treatment of digestive disorders. So far, only S. perfoliatum L. has been studied as a medical, melliferous, fodder, and recultivation plant. The literature reports that S. perfoliatum is characterised by a high production potential in terms of yields, and contains significant levels of nutrients, i.e., carbohydrates, proteins, L-ascorbic acid, and mineral constituents [17][18][19] and biologically active substances, i.e., terpenoids and essential oil [20][21][22][23][24][25][26][27], flavonoids [3][28], phenolic acids [29][30][31], and oleanosides [28][32][33]. In addition, studies have been conducted on the utility features (usefulness for bees, animal feed) and in the range of antimicrobial activity [34][35][36][37][38][39][40][41]. In recent years anatomical-morphological studies were conducted, as well as studies on yield efficiency and on the content of biologically active substances, for three species from the genus Silphium: S. perfoliatum, S. trifoliatum, and S.integrifolium[42][43][44][45][46]. 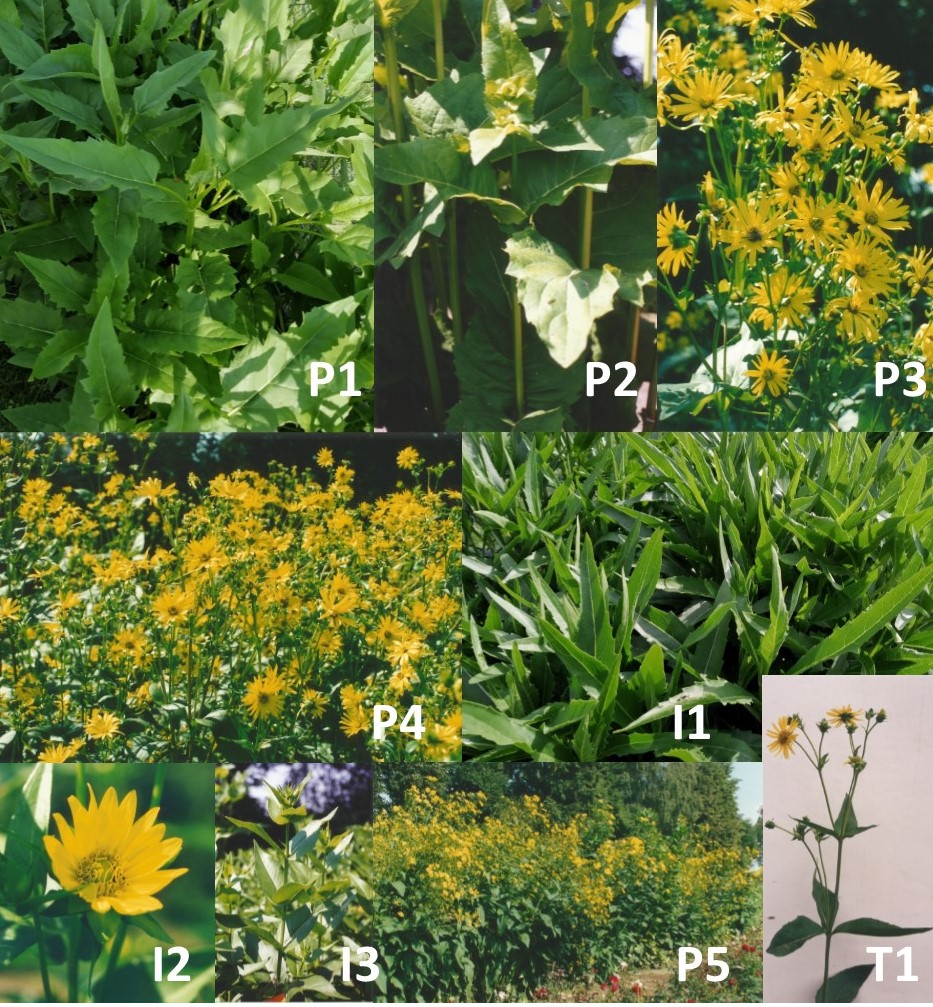 Summarising the results on the variation of the composition of primary metabolites and minerals in the course of ontogenesis of perennial plants of Silphium, one can conclude that biomass with the highest content of protein, water-soluble carbohydrates, fats, and L-ascorbic acid, can be acquired from plants harvested at an early stage of development. However, as yields obtained in that plant development stage are not economically viable, the optimum harvest time can be the period between the appearance of flower buds and the start of the blooming stage. Any later time of green matter harvest involves the risk of a significant reduction of its feed and nutritional values.[47]

More
© Text is available under the terms and conditions of the Creative Commons Attribution (CC BY) license; additional terms may apply. By using this site, you agree to the Terms and Conditions and Privacy Policy.
Upload a video for this entry
Information
Subjects: Agriculture, Dairy & Animal Science ; Plant Sciences ; Pharmacology & Pharmacy
Contributor MDPI registered users' name will be linked to their SciProfiles pages. To register with us, please refer to https://encyclopedia.pub/register :
Radosław Kowalski
View Times: 910
Revisions: 2 times (View History)
Update Time: 02 Nov 2020
Table of Contents
1000/1000
Hot Most Recent