Submitted Successfully!
Thank you for your contribution! You can also upload a video entry related to this topic through the link below:
https://encyclopedia.pub/user/video_add?id=7305
Check Note
2000/2000
Challenges in Systemic Lupus Erythematosus
Edit
Upload a video
This entry is adapted from 10.3390/jcm10020243

Systemic lupus erythematosus (SLE) is an immune-mediated multi-systemic disease characterized by a wide variability of clinical manifestations and a course frequently subject to unpredictable flares. Despite significant advances in the understanding of the pathophysiology and optimization of medical care, patients with SLE still have significant mortality and carry a risk of progressive organ damage accrual and reduced health-related quality of life.

Despite great improvements in treatment strategies leading to an improved prognosis [1][2][3], numerous challenges and unmet needs remain for the diagnosis and therapeutic management of Systemic Lupus Erythematosus (SLE) [4][5]. 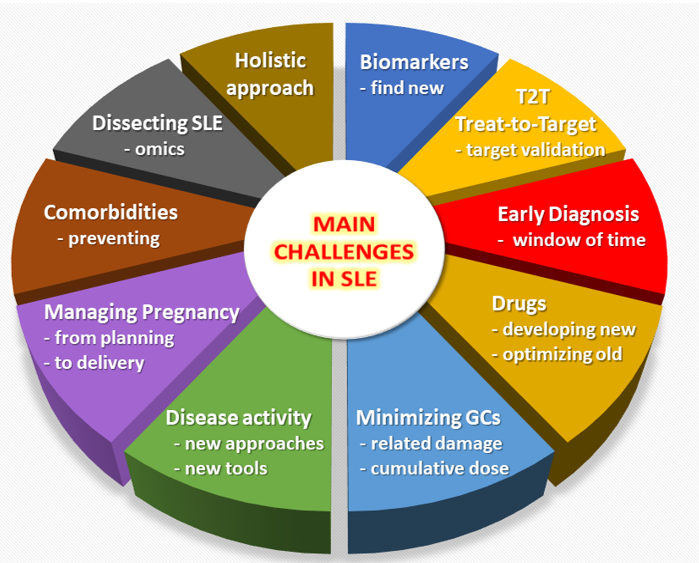 Figure 1. Overview of the main unmet needs in the field of Systemic Lupus Erythematosus (SLE).

SLE is a complex disease with variable phenotypes and clinical manifestations. SLE onset is often insidious, with clinically evident disease developing over years. In addition, a variety of conditions may mimic SLE [6], including infectious and hematologic diseases, and for all these reasons the diagnosis may be delayed. It should not be surprising the median reported delay in SLE diagnosis is approximately 2 years.

It is common feeling that the early diagnosis of SLE can be beneficial by allowing early intervention and potentially improving short and long-term outcomes [5]. There is few evidence supporting this assumption and mainly derives from administrative database analysis showing that the patients with early diagnosis (<6 months between probable SLE onset and diagnosis) had lower rates of flares and hospitalizations compared with the late diagnosis patients (≥6 months) [7]. However, a clear identification of an early time frame between onset and diagnosis by which there are superior clinical responses and higher rate of remission in SLE patients has not been identified. Therefore, it is not proven that a window of opportunity really exists in SLE and a generally accepted definition of early disease is still lacking.

The identification of clinical and serological features useful in the differential diagnosis of patients with recent SLE onset [8] has facilitated the definition of classification criteria with greater sensitivity and specificity for early SLE compared to the previous validated criteria set [9]. Nonetheless, a recent single-center retrospective study suggested that 7–17% of patients diagnosed as having early SLE are not correctly classified using the EULAR/ACR 2019 [9], SLICC 2012 [10] and ACR 1982/1997 [11] criteria individually, while the combined use of all three sets of criteria ensured the classification of 94–98% of patients [12]. New tools for SLE classification are a major step forward for scientific purpose and may help in the earlier recognition of the disease, but they are not developed and should not be used for diagnostic purpose.

One major challenge is to implement effective strategies for earlier SLE diagnosis. These would take on greater value if a window of opportunity for SLE patients will be found and proven to improve outcomes including damage, death, recurrent flares, and Health-Related Quality of Life (HRQoL) measures.

Preventing flares and reducing damage accrual trough control of disease activity and reduction or withdrawn of glucocorticoids (GCs) are major challenges in SLE management and represents some of the objectives of the treat-to-target strategy for SLE (T2T/SLE) [13]. The T2T/SLE identified remission or low disease activity as the most important targets in SLE treatment, while it was recognized that there was no clear definitions for them. Recent advances in T2T/SLE include relevant definitions of clinical remission (CR) on treatment [14][15] and Lupus Low Disease Activity State (LLDAS) [16]. These definitions recognize the importance of durable absence or residual of disease activity measured using validated tools (SLEDAI, PGA), together with a stable treatment with antimalarials and/or immunosuppressants and a low GCs dose (prednisone ≤ 5 mg/day in CR and ≤7.5 mg/day in LLDAS). Although there is an ongoing debate around the potential overlap between CR and LLDAS definitions [17], they have been widely studied and resulted predictive of lower damage accrual in both newly diagnosed and long-standing SLE cohorts [18][19][20][21]. Interestingly, CR and LLDAS resulted independently associated with lower early damage accrual in an inception SLE cohort [22], confirming that CR is recommended as the primary treatment target in SLE and LLDAS represents a valid alternative also in the early stage of SLE management. Recently, the LLDAS has been prospectively validated as a SLE treatment endpoint in a multicenter international cohort demonstrating significant protection against flare and damage accrual [23].

Although LLDAS may represent a sufficiently validated outcome to be applied in clinical practice and trials, we still believe that treatment in SLE should aim at remission unless otherwise possible. Therefore, a major challenge is represented by the need to adequately validate existing definitions of CR in order to identify an attainable remission treatment endpoint, which should be indeed predictive of outcomes including damage, recurrent flares and death. Moreover, further data are needed on the role of CR and LLDAS in predicting better HRQoL outcome.

The quantification of disease activity in SLE represents a complex multi-dimensional concept, encompassing the physician evaluation of specific clinical manifestations attributed to SLE, the efficacy and response to prescribed medications and the patient personal feelings.

There are several physician-centered indices for disease activity assessment in SLE. Well-established measures exist to assess disease activity in specific organ (e.g., the Cutaneous Lupus Erythematosus Disease Area and Severity Index) but lack in others (e.g., musculoskeletal or renal manifestations). On the other hand, several tools have been developed to assess the overall disease activity. The most used include the SLE disease activity index (SLEDAI) and its evolutions, the British Isles Lupus Assessment Group (BILAG) and its revision, the European Consensus Lupus Assessment Measure (ECLAM), and the physician’s global assessment (PGA) by visual analogue scale. None of them have shown sufficient accuracy and sensitivity to change to be used alone as primary endpoints in RCTs. The PGA also suffers from reduced reliability suggesting the major need for standardization of its scoring [24][25]. We have therefore initiated an international collaboration to standardize the rating of the PGA in SLE (the PISCOS Study). Accordingly, novel composite outcomes such as the SLE responder index (SRI), which is based on the improvement of the SLEDAI with no worsening of the BILAG and the PGA, have appeared. Despite being considered more accurate in evaluate responsiveness to treatment, the SRI carries disadvantages of the individual indices from which it is composed, not least the need for clinician to judge if each manifestation is due to SLE or not. Recently, the SLE disease activity score (SLE-DAS), a continuous global score showing higher sensitivity to change and specificity than SLEDAI-2K [26], has been developed and is waiting for extensive validation. The patient component of disease assessment in SLE is not straightforward as patients tend to assess fatigue and pain, which are hardly related to disease activity.

Lupus patients and physicians are facing the need for more objective, reliable and reproducible ways to assess disease activity. Identifying new biomarkers of overall and organ specific disease activity and implementing their use in composite index may represent a major step forward. The application of deep machine-learning approaches would be helpful in the early identification of unfavorable individual patient trajectories among large SLE cohorts.

5. Minimizing the Use of Glucocorticoids

GCs still play a pivotal role in the treatment of SLE, especially in case of severe manifestations. However, several studies have emphasized the detrimental effects of chronic GCs therapy, particularly the increased risk for irreversible organ damage accrual. It has remained unclear which, if any, daily prednisone (equivalent) dose best prevent damage. Although <7.5 mg/day seem to minimize risk, even lower daily doses (4.4–6 mg/day) have been associated with a significant increase of damage [27]. In a recent multicenter Italian inception study, GC-related damage was independently associated with cumulative dose and steadily increased over time despite the reduced median daily prednisone dose below 5 mg since 12-month of follow-up [28]. However, it is not yet understood if and when GSs can be withdrawn [29]. In a survey by the SLICC group, almost 33% of patients never discontinued GCs after a mean follow-up of 7.26 years [30]. An observational study suggested that GC withdrawal is an achievable goal in SLE and may be attempted after a long-term remission or LLDAS to protect the patient from disease flares [31]. Contrarily, a randomized control trial (RCT) showed that patients with quiescent SLE who discontinued low-dose prednisone (5 mg/day) experienced significantly more flares than those who maintained this treatment [32].

Several challenges about the use of GCs in SLE emerged from these findings. Future RCTs should specifically address strategies to design effective GC tapering scheme enabling the use of the minimal possible dose of GCs for the shortest duration while minimizing the risk of flare. Moreover, when testing the efficacy of newly developed medication for the management of SLE, steroid sparing should be included in the assessment by means of cumulative GC doses or GC-related adverse events.

More
© Text is available under the terms and conditions of the Creative Commons Attribution (CC BY) license; additional terms may apply. By using this site, you agree to the Terms and Conditions and Privacy Policy.
Upload a video for this entry
Information
Subjects: Immunology
Contributors MDPI registered users' name will be linked to their SciProfiles pages. To register with us, please refer to https://encyclopedia.pub/register :
Piga Matteo
,
Arnaud L
View Times: 189
Revisions: 3 times (View History)
Update Time: 19 Feb 2021
Table of Contents
1000/1000
Hot Most Recent