+1 point
Thank you for your contribution! You can also upload a video entry related to this topic through the link below: https://encyclopedia.pub/user/video_add?id=37865
Check Note
2000/2000
Trace Cache

Edit
Upload a video
The content is sourced from: https://handwiki.org/wiki/Trace_Cache

Trace Cache (also known as execution trace cache) is a very specialized cache which stores the dynamic stream of instructions known as trace. It helps in increasing the instruction fetch bandwidth and decreasing power consumption (in the case of Intel Pentium 4) by storing traces of instructions that have already been fetched and decoded. Trace Processor is an architecture designed around the Trace Cache and processes the instructions at trace level granularity. 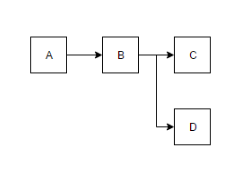 Consider these four basic blocks (A, B, C, D) as shown in the figure that correspond to a simple if-else loop. These blocks will be stored contiguously as ABCD in the memory. If the branch D is predicted not-taken, the fetch unit can fetch the basic blocks A,B,C which are placed contiguously. However, if D is predicted taken, the fetch unit has to fetch A,B,D which are non-contiguously placed. Hence, fetching these blocks which are non contiguously placed, in a single cycle will be very difficult. So, in situations like these trace cache comes in aid to the processor.

Traces usually terminate when one of the following occurs:

A single trace will have following information.

Following are the factors that need to be considered while designing a trace cache.

Trace lines are stored in the trace cache based on the program counter of the first instruction in the trace and a set of branch predictions. This allows for storing different trace paths that start on the same address, each representing different branch outcomes. This method of tagging helps to provide path associativity to the trace cache. Other method can include having only starting PC as tag in trace cache. In the instruction fetch stage of a pipeline, the current program counter along with a set of branch predictions is checked in the trace cache for a hit. If there is a hit, a trace line is supplied to fetch unit which does not have to go to a regular cache or to memory for these instructions. The trace cache continues to feed the fetch unit until the trace line ends or until there is a misprediction in the pipeline. If there is a miss, a new trace starts to be built.

The Pentium 4's Execution Trace Cache stores micro-operations resulting from decoding x86 instructions, providing also the functionality of a micro-operation cache. Having this, the next time an instruction is needed, it does not have to be decoded into micro-ops again.[4]

The disadvantages of trace cache are:

Within the L1 cache of the NetBurst CPUs, Intel incorporated its Execution Trace Cache.[6][7] It stores decoded micro-operations, so that when executing a new instruction, instead of fetching and decoding the instruction again, the CPU directly accesses the decoded micro-ops from the trace cache, thereby saving considerable time. Moreover, the micro-ops are cached in their predicted path of execution, which means that when instructions are fetched by the CPU from the cache, they are already present in the correct order of execution. Intel later introduced a similar but simpler concept with Sandy Bridge called micro-operation cache (UOP cache).

More
©Text is available under the terms and conditions of the Creative Commons-Attribution ShareAlike (CC BY-SA) license; additional terms may apply. By using this site, you agree to the Terms and Conditions and Privacy Policy.
Upload a video for this entry
Information
Subjects: Others
Contributor MDPI registered users' name will be linked to their SciProfiles pages. To register with us, please refer to https://encyclopedia.pub/register :
HandWiki
View Times: 65
Entry Collection: HandWiki
Revision: 1 time (View History)
Update Date: 02 Dec 2022
Table of Contents
1000/1000
Hot Most Recent