+1 point
Thank you for your contribution! You can also upload a video entry related to this topic through the link below: https://encyclopedia.pub/user/video_add?id=37810
Check Note
2000/2000
DNV GL

Edit
Upload a video
The content is sourced from: https://handwiki.org/wiki/Company:DNV_GL

DNV GL is an international accredited registrar and classification society headquartered in Høvik, Norway . The company currently has about 14,500 employees and 350 offices operating in more than 100 countries, and provides services for several industries including maritime, renewable energy, oil & gas, electrification, food & beverage and healthcare. It was created in 2013 as a result of a merger between two leading organizations in the field — Det Norske Veritas (Norway ) and Germanischer Lloyd (Germany ). DNV GL is the world's largest classification society, providing services for 13,175 vessels and mobile offshore units (MOUs) amounting to 265.4 million gt, which represents a global market share of 21%. It is also the largest technical consultancy and supervisory to the global renewable energy (particularly wind, wave, tidal and solar) and oil and gas industry — 65% of the world's offshore pipelines are designed and installed to DNV GL's technical standards. Prior to the merger, both DNV and GL have independently acquired several companies in different sectors, such as Hélimax Energy (Canada), Garrad Hassan (UK), Windtest (Germany) and KEMA (Netherlands), which now contribute to DNV GL's expertise across several industries. In addition to providing services such as technical assessment, certification, risk management and software development, DNV GL also invests heavily in research. Remi Eriksen took over as Group President and CEO of DNV GL on August 1, 2015, succeeding Henrik O. Madsen. 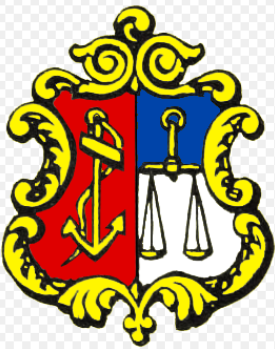 DNV GL's history dates from 1864, when Det Norske Veritas was established in Norway to head technical inspection and evaluation of Norwegian merchant vessels.[1] On the other hand, Germanischer Lloyd was founded in Hamburg around the same period in 1867 by a group of 600 ship owners, ship builders and insurers.[2] DNV GL celebrated its 150th anniversary in 2014.[3]

On December 20, 2012, the two companies announced the merger,[4] which was approved by competition authorities in South Korea, the US, the EU[5] and China, thus allowing the merger contract between DNV and GL to be signed on September 12, 2013. The independent Det Norske Veritas Foundation owned 63.5% of DNV GL shares and Mayfair Vermögensverwaltung 36.5%.until December 2017, when Mayfair sold its shares to the Det Norske Veritas Foundation.[6]

Together with Bureau Veritas and American Bureau of Shipping, DNV GL is one of the three major companies in the classification business with 300 offices in 100 different countries. The company is also a key player in strategic innovation and risk management for several other industries including renewable energy (particularly in wind and solar), oil and gas, electric power generation and distribution, petrochemicals, aviation, automotives, finance, food and beverage, healthcare, software and information technology.

Every year, DNV GL invests heavily in research and development, amounting to 5% of its total revenue.[7] Since 1864, DNV GL has always maintained a department dedicated to research that enhances and develops services, rules and standards for various industries. Many of the innovations and findings by DNV GL have often been used as a basis for international standards.

DNV GL provides a list of standards and regulations to the public:

More
©Text is available under the terms and conditions of the Creative Commons-Attribution ShareAlike (CC BY-SA) license; additional terms may apply. By using this site, you agree to the Terms and Conditions and Privacy Policy.
Upload a video for this entry
Information
Subjects: Computer Science, Software Engineering
Contributor MDPI registered users' name will be linked to their SciProfiles pages. To register with us, please refer to https://encyclopedia.pub/register :
HandWiki
View Times: 105
Entry Collection: HandWiki
Revision: 1 time (View History)
Update Date: 02 Dec 2022
Table of Contents
1000/1000
Hot Most Recent