+1 point
Thank you for your contribution! You can also upload a video entry related to this topic through the link below: https://encyclopedia.pub/user/video_add?id=37808
Check Note
2000/2000
Kanjin

Edit
Upload a video
The content is sourced from: https://handwiki.org/wiki/Philosophy:Kanjin

Kanjin (勧進, Kanjin) (or Kange) is a Japanese term for the many and various methods of a Buddhist monk to solicit donations. It generally indicates the recommendation or encouragement through chanted sutras. Solicited donations are usually intended for the establishment of new temples or statues or their renovations. Since the medieval age, Kanjin has come to mean "fund raising".

Kanjin usually means the solicitation of donations for temple construction or repair. It originally meant the action of monks who encourage the recitation of chanted sutras and who collect donations, thereby spreading Buddhism, but later meant chiefly raising money through fundraisers.

In the medieval age, construction of bridges or repairs of roads, and construction of official temples were also beneficiaries of Kanjin. These public works should have been funded by the governing bodies or local officials. However, those who did the job were Kanjins and they carried a scroll of Kanjin or Kanjincho and traveled in many areas of Japan and collected donations at temples or shrines or checkpoints called Sekisho. The money people paid respectively was very small, as in the idiomatic 4-letter phrase Isshi-Hansen which meant a piece of paper and a half sen (one hundredth of yen).[1][clarification needed]

The work of kanjin was conducted by the monks who were called Kanjin-hijiri (literally "Kanjin saint") or Kanjin-monk, Kanjin-shōnin; they traveled and preached and received donations in money or rice. They took necessary costs and others were used for the original purposes. The most famous Kanjin monks included Gyōki (668 - 749) of the Nara period, Kūya (903 - 972) and Engyō (? - 1004- ?) of the Heian period. There were female kanjin called Kanjin-bikuni (priestess), including Seijun (? - 1566) of Rinzai school who devoted herself to the restoration of the Ise Grand Shrine. Formal recognition of priestesses was delayed because the Imperial Household had not recognized them.[2] 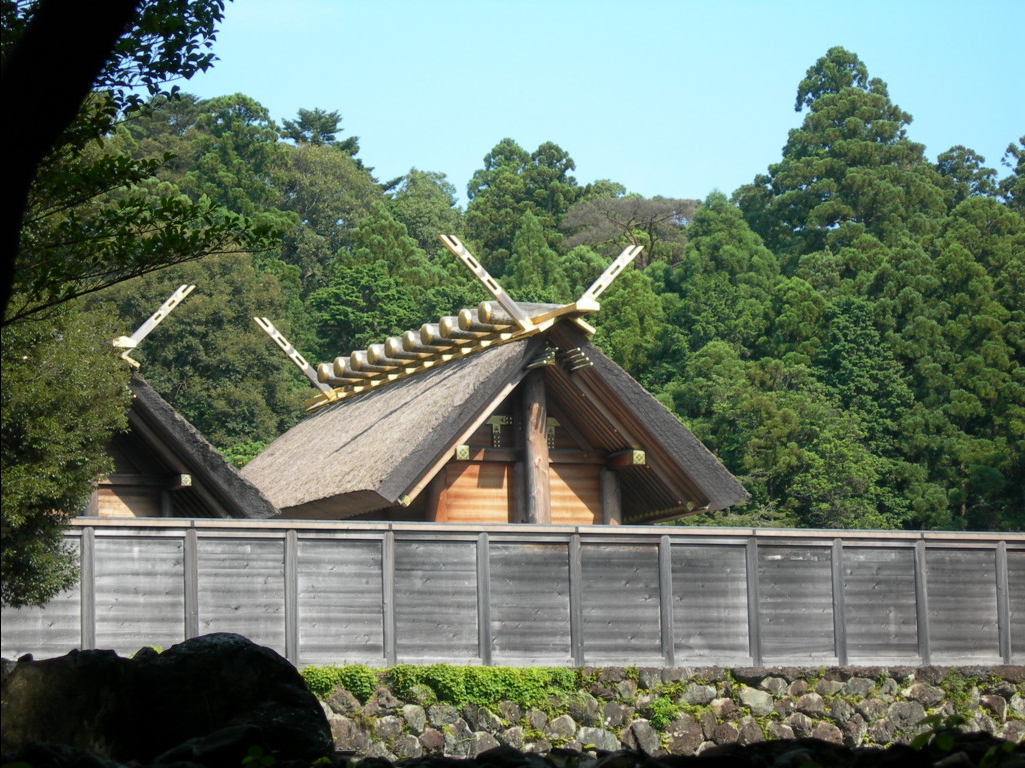 Naikū of Ise Grand Shrine has been rebuilt every 20 years. https://handwiki.org/wiki/index.php?curid=1650547 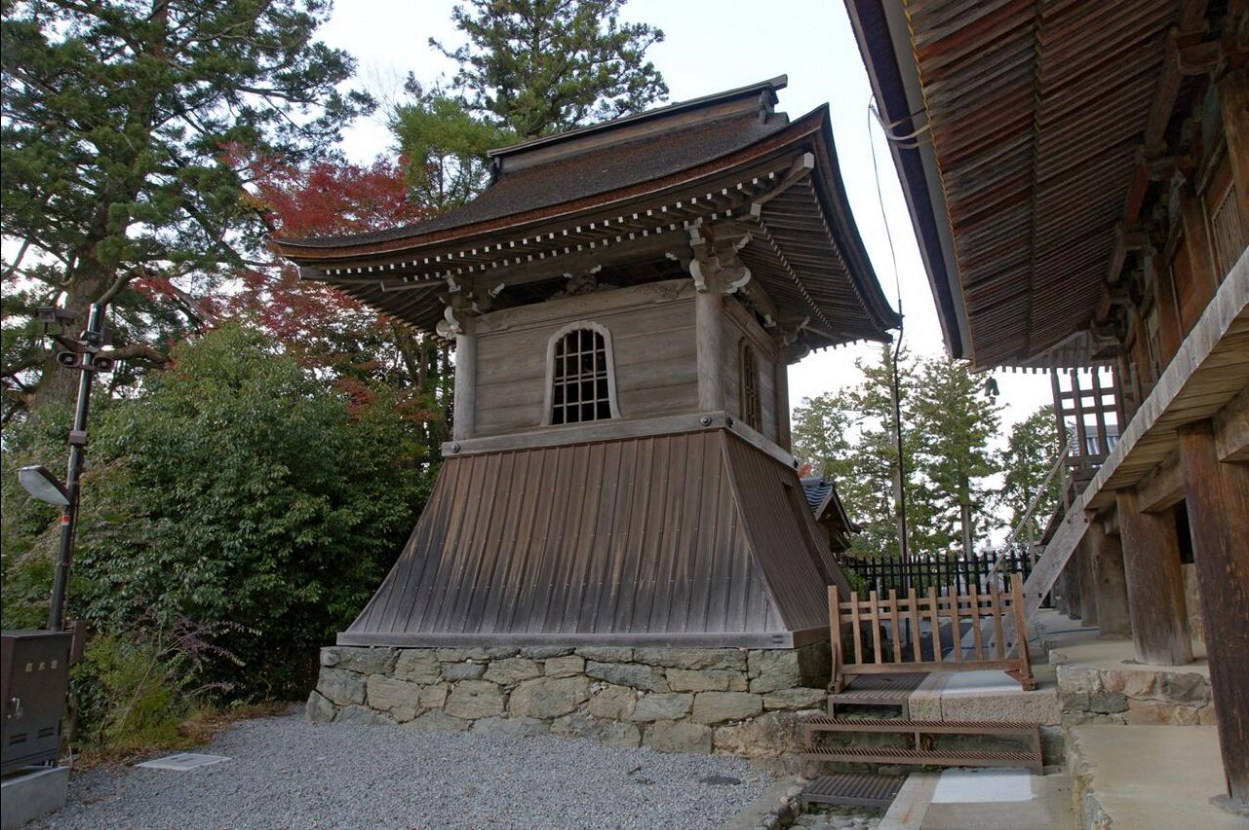 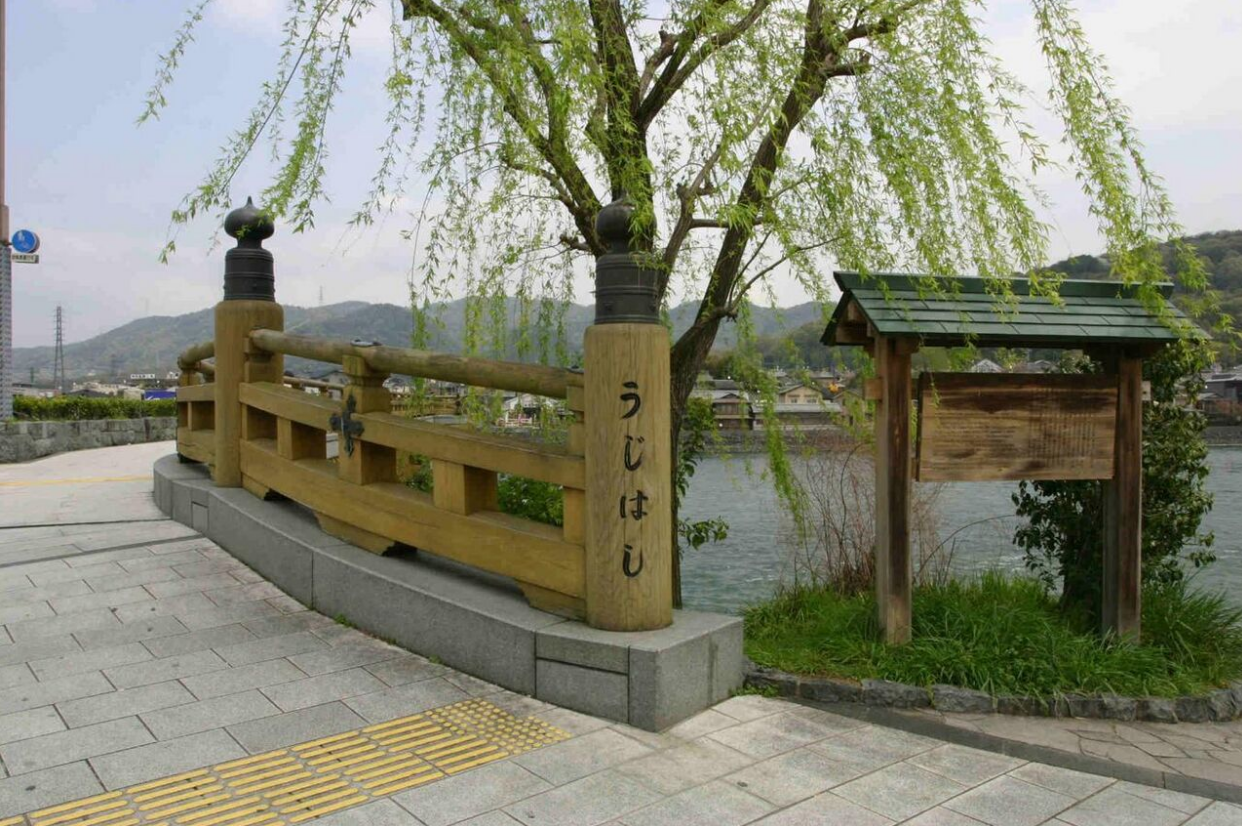 Uji bridge, known as one of the oldest bridges in Japan. https://handwiki.org/wiki/index.php?curid=1756966 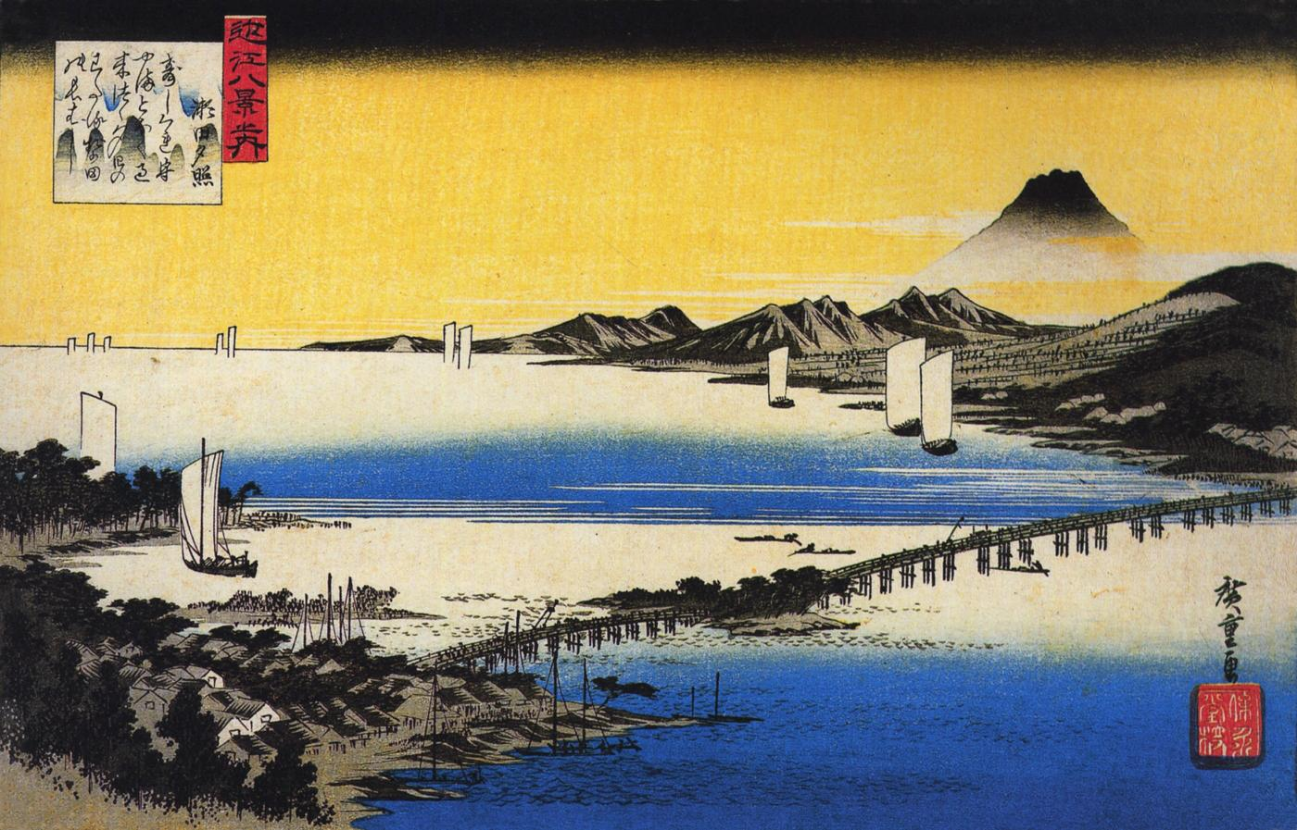 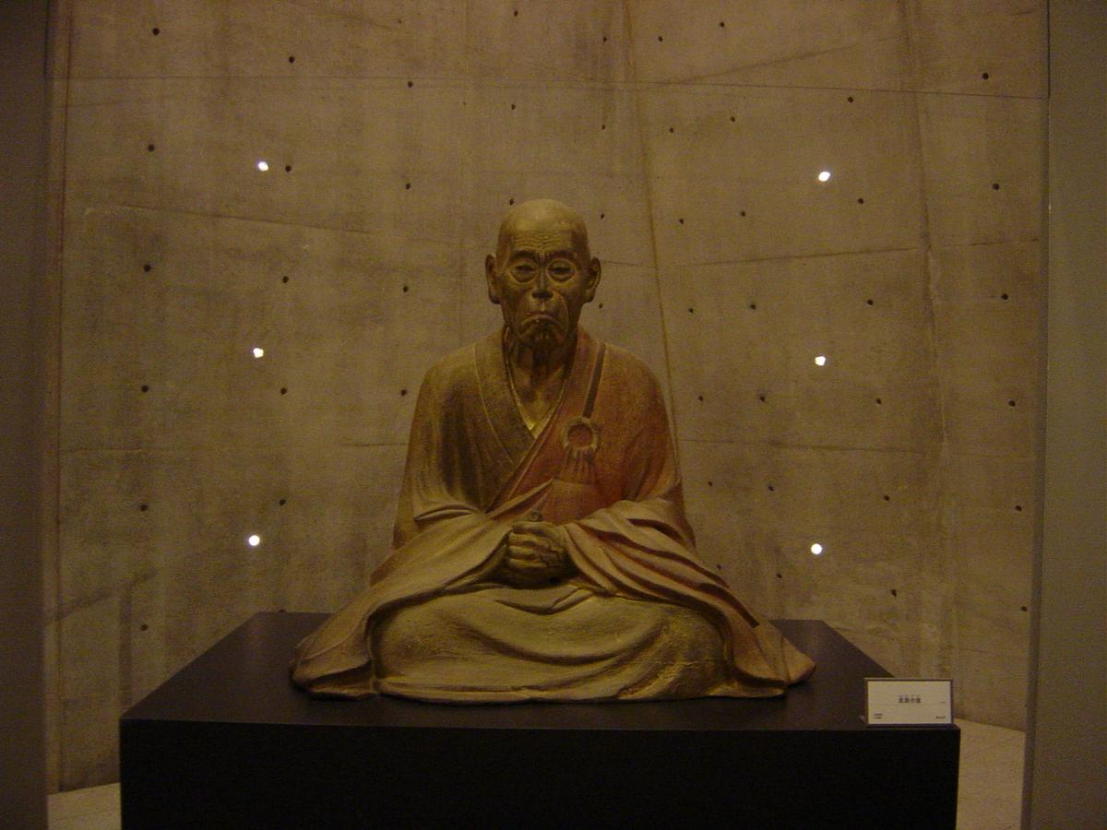 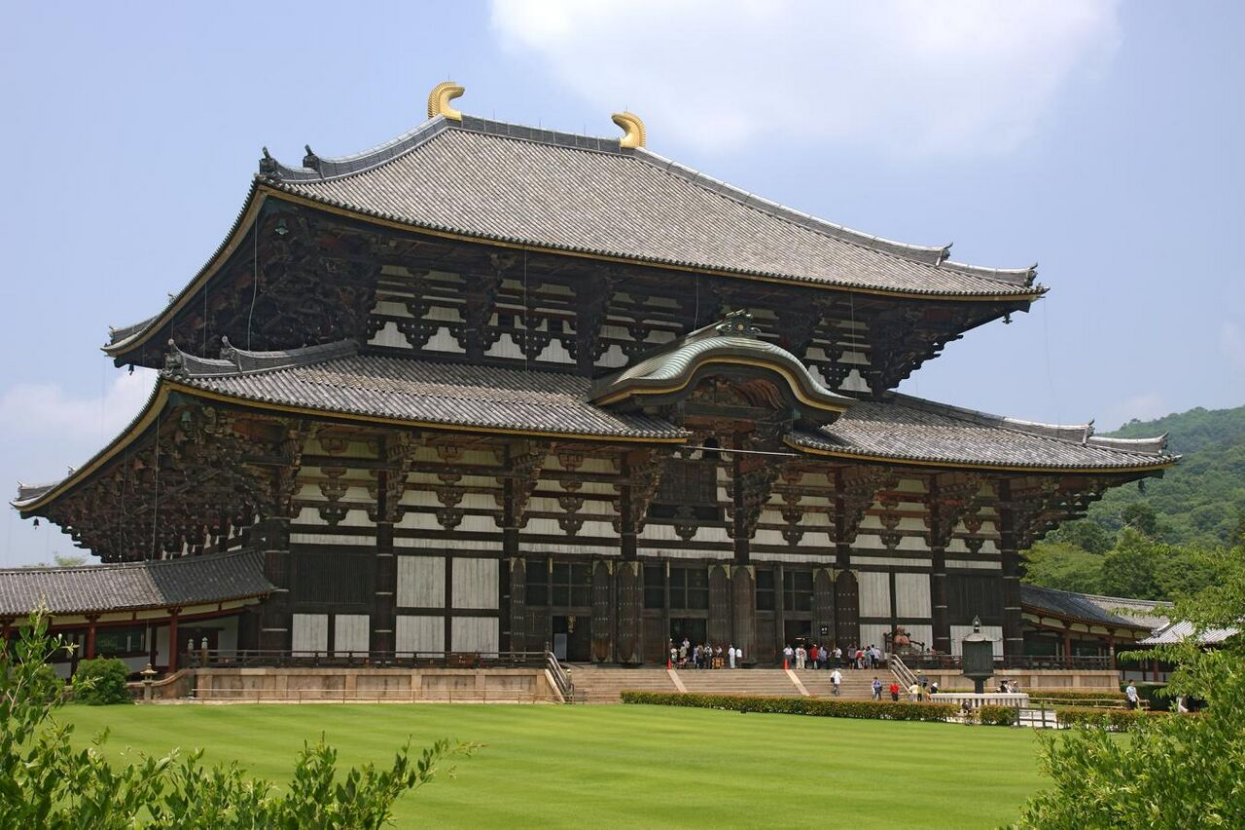 Tōdai-ji, in Nara, which housed the Japan's largest Daibutsu burned down in 1180. Emperor Go-Shirakawa wanted to reconstruct it. He nominated Chōgen as Daikanjinshoku, the head of kanjin shoku in 1181. Chogen recruited various technicians and collected money. He sent Saigyo Hoshi to the Tōhoku region to obtain gold. Tōdai-ji was reconstructed in 1185.[4] The post of Daikanjinshoku of Tōdai-ji continued to Eisai (2nd, 1141–1215), Gyoyu (3rd, 1163–1241), Enni (10th), Enkan (24th, 1281–1358). After years of interruption in the Edo period, Kokei(1648–1705) maintained the Tōdai-ji and its Daibutsu.

3.1. Summary of the Formal Kanjincho Document

Chōgen had a letter, which he read aloud, for the donations for the reconstruction of Tōdai-ji and the Daibutsu).

4. Kanjin at Other Temples and Its Decline

The post of Kanjin was adopted by other temples. The monks of the Risshu Buddhist sect were favored for this appointment since the Risshu sect was unbiased and favored the fair distribution of money and strengthened relationships with the people. However, over time, the post of Kanjinshoku became a post of rights and interests. For instance, Todai-ji was given a district responsible for its maintenance. The position of Kanjinshoku became degraded since some Kanjin-hijiri negotiated with bakufu for their works. Some pursued this post for self-aggrandizement. Kanjin-bikuni (women) were not allowed in this avocation in the medieval era. Nonetheless, Oguni kabuki women joined to obtain money in exchange for sexual favors.

The original Kanjincho was a scroll on which the purposes or goals of the Kanjin were described. Kanjincho(勧進帳) is a Japanese kabuki play by Namiki Gohei III based on the Noh play Ataka. It is one of the most popular plays in the modern kabuki repertory. The hero, Benkei, cleverly "reads" a blank scroll as if it were a scroll of Kanjin for the restoration of Todai-ji. He does this in order to pass the checkpoint of Ataka, with his companion, who is being hunted by his enemies. 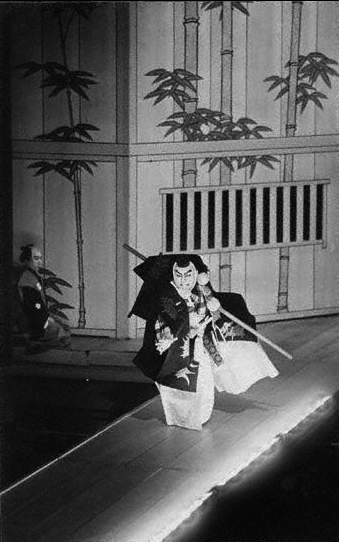 An act of hero Benkei in Kanjincho after reading a would-be scroll of Kanjincho. https://handwiki.org/wiki/index.php?curid=1530313

Alternate meanings of "Kanjin" have evolved over the years:

A Kanjin ship was a ship or boat on which a kanjin preached for donations, in some boats, people of various amusements were on the ship for the same purpose.

Biwa hoshi chanted The Tale of the Heike for the construction or repair of temples. It was said that the whole story needed 90 to 120 hours.

Sumo had been enjoyed in the Japanese Imperial Household but discontinued in 1174. In the early Edo period, Kanjin Sumo started in order to build temples and shrines, especially in Kyoto, Osaka and Edo. At that time, groups of sumo wrestlers were in various parts of Japan, including Akita, Nanbu, Tsugaru, Sendai, Osaka , Kyoto, Nagoya, Wakayama, Takamatsu, Inba, Nagasaki, Kumamoto and Kagoshima. Between 1648 and 1742, it was banned by the Tokugawa shogunate under the name of violations of regulations. Then, Kanjin Sumo Tournaments were reopened, in Edo in spring, in Kyoto in summer, in Osaka in autumn, and in Edo in winter. The term Kanjin-Sumo remained because sumo tournaments were under the control of the Jisha-bugyō, which was a "commissioner" or an "overseer" of the Tokugawa shogunate. In 1925, the Japan Sumo Association was established, though the practice of Kanjin-moto remains, and expresses private local organizations which hold tournaments.[5] 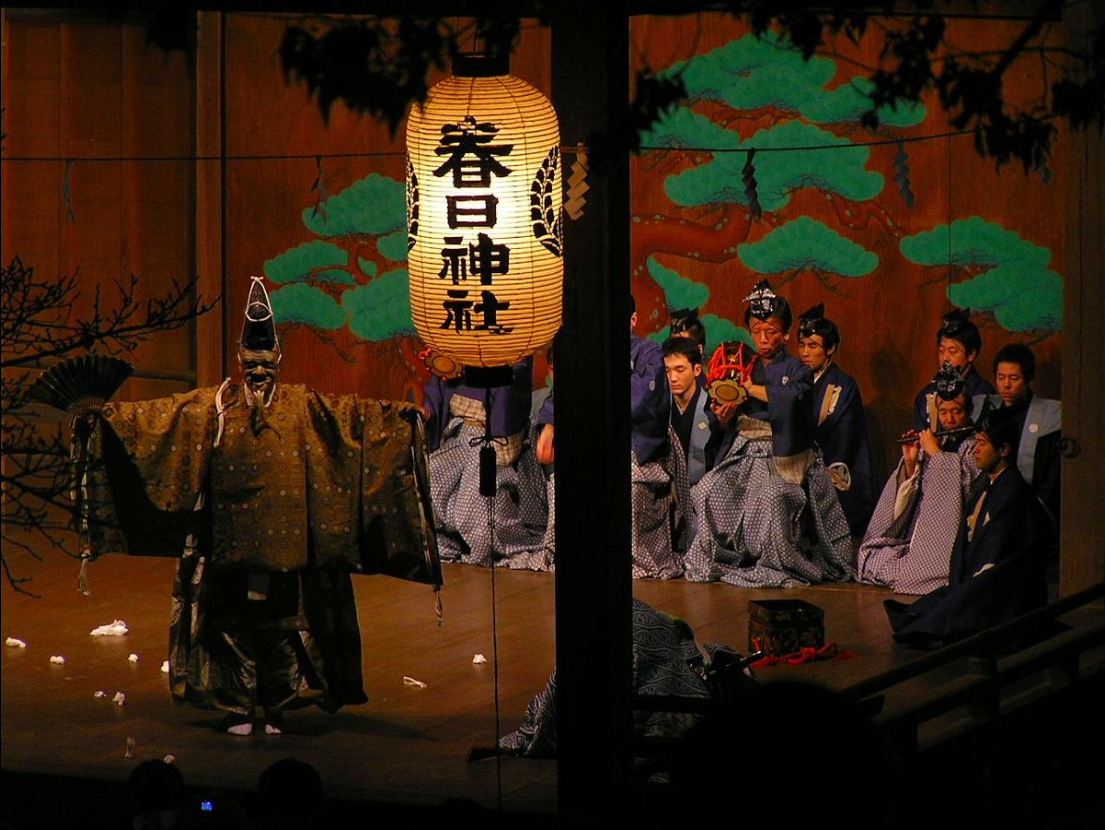 The center of Tiantai at Zenko-ji in Nagano Prefecture is called Daikanjin or "great kanjin".

Simple kanjin indicates begging for materials or money.[6] The Meiji government banned Kanjin and beggars as professions, but in some prefectures such as Sakai Prefecture they were allowed to exist as special exceptions.[7][8] In the Itsuki Lullaby from Kumamoto Prefecture, kanjin means a beggar; however, this is not standard usage.

More
©Text is available under the terms and conditions of the Creative Commons-Attribution ShareAlike (CC BY-SA) license; additional terms may apply. By using this site, you agree to the Terms and Conditions and Privacy Policy.
Upload a video for this entry
Information
Subjects: Religion
Contributor MDPI registered users' name will be linked to their SciProfiles pages. To register with us, please refer to https://encyclopedia.pub/register :
HandWiki
View Times: 33
Entry Collection: HandWiki
Revision: 1 time (View History)
Update Date: 02 Dec 2022
Table of Contents
1000/1000
Hot Most Recent