+1 point
Thank you for your contribution! You can also upload a video entry related to this topic through the link below: https://encyclopedia.pub/user/video_add?id=37803
Check Note
2000/2000
Video Feedback

Edit
Upload a video
The content is sourced from: https://handwiki.org/wiki/Physics:Video_feedback

Video feedback is the process that starts and continues when a video camera is pointed at its own playback video monitor. The loop delay from camera to display back to camera is at least one video frame time, due to the input and output scanning processes; it can be more if there is more processing in the loop. 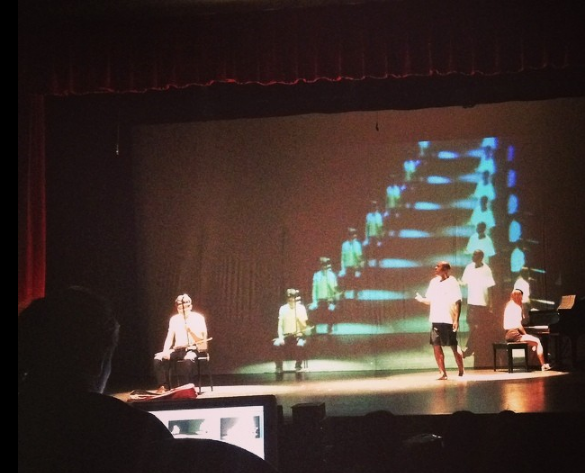 First discovered shortly after Charlie Ginsburg invented the first video recorder for Ampex in 1956, video feedback was considered a nuisance and unwanted noise. Technicians and studio camera people were chastised for allowing a video camera to see its own monitor as the overload of self-amplified video signal wreaked havoc with the 1950s video pickup, often ruining the pickup. It could also cause screen burn-in on a playback TV and/or monitors of the time as well, by generating static brightly illuminated display patterns.

Early video feedback works were created by media artist/experimenters on the East and West Coasts in the late 1960s and early 70's. Video feedback artists Steina and Woody Vasulka, with Richard Lowenberg and others, formed The Kitchen, which was located in the kitchen of a broken-down hotel in lower Manhattan; while Skip Sweeney and others founded Video Free America in San Francisco, to nurture their video art and feedback experiments.

David Sohn mentions video feedback in his 1970 book Film, the Creative Eye. This book was part of the base curriculum for Richard Lederer of St. Paul's School in Concord, New Hampshire, when he introduced making videofeedback as part of an English curriculum in his 1970s course Creative Eye in Film. Several students in this class participated regularly in the making and recording of videofeedback. Sony had released the VuMax series of recording video cameras and manually "hand-looped" video tape decks by this time which did two things: it increased the resolution of the video image, which made the picture more attractive, and it brought video tape recording technology within the general public's grasp for the first time and allowed for such video experimentation to take place by the general public.

During the 1980s and into the 1990s video technology became enhanced and evolved into high quality, high definition video recording. Michael C. Andersen generated the first known mathematical formula of the videofeedback process, [1] and he has also generated a Mendeleev's square to show the gradual progressive formulaic change of the video image as certain parameters are adjusted.[2]

In the 1990s the rave scene and a social return to art of a more psychedelic nature brought back displays of video feedback on large disco dance floor video screens around the world. There are filters for Adobe Photoshop and non linear video editors that often have video feedback as the filter description, or as a setting on a filter. These filter types either mimic or directly utilize video feedback for its result effect and can be recognized by its vortex, phantasmagoric manipulation of the original recorded image.

Many artists have used optical feedback. An example is Queen's music video for "Bohemian Rhapsody" (1975). The effect (in this simple case) can be compared to looking at oneself between two mirrors.

Other videos that use variations of video feedback include:

The opening titles sequence for the British science fiction series Doctor Who employed this technique from 1963 to 1973 (initially in black and white, redone in 1967 to showcase the show's new 625-line broadcast resolution and feature the Doctor's face (Patrick Troughton at that time), then redone again, in colour this time, in 1970. The next title sequence for the show, which debuted in 1973, abandoned this technique in favour of slit-scan photography. 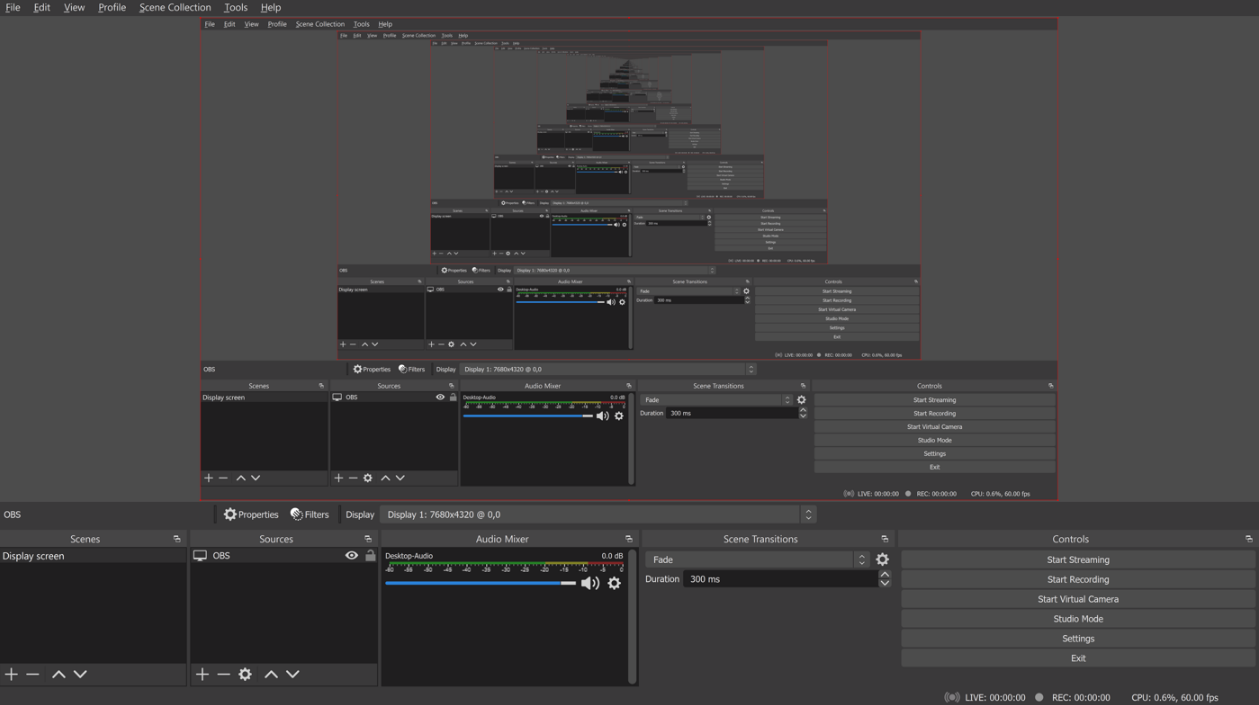 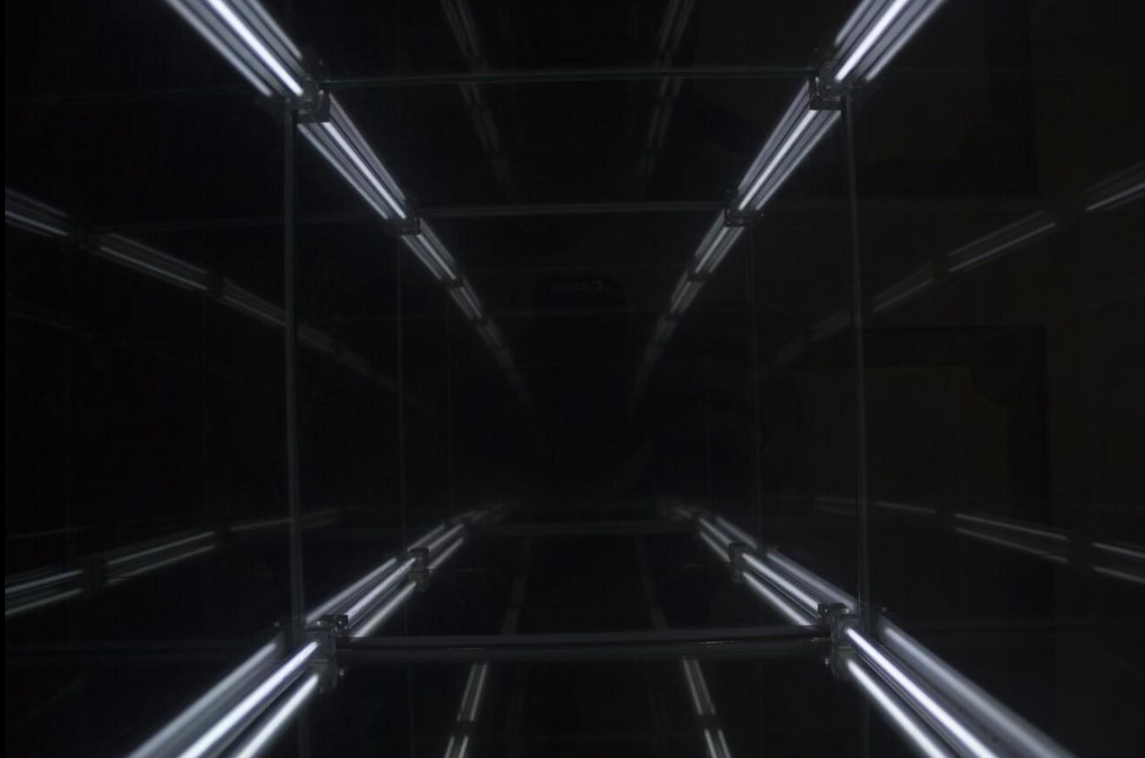 Optical feedback in science is often closely related to video feedback, so an understanding of video feedback can be useful for other applications of optical feedback. Video feedback has been used to explain the essence of fractal structure of unstable-cavity laser beams.[4] The page discovery of fractal lasers gives an account of laser fractals, the developments of this work, links to further reading, and relates the laser context with video feedback systems.

Video feedback is also useful as an experimental-mathematics tool. Examples of its use include the creation of Fractal patterns using multiple monitors or multiple images created using mirrors.

The page video feedback in science provides an overview.

Optical feedback is also found in the image intensifier tube and its variants. Here the feedback is usually an undesirable phenomenon, where the light generated by the phosphor screen "feeds back" to the photocathode, causing the tube to oscillate, and ruining the image. This is typically suppressed by an aluminum reflective screen deposited on the back of the phosphor screen, or by incorporating a microchannel plate detector.

Optical feedback has been used experimentally in these tubes to amplify an image, in the manner of the cavity laser, but this technique has had limited use.

Optical feedback has also been experimented with as an electron source, since a photocathode-phosphor cell will 'latch' when triggered, providing a steady stream of electrons. See US Patent 4,531,122 for a typical application.

Douglas Hofstadter discusses video feedback in his book I Am a Strange Loop about the human mind and consciousness. He devotes a chapter to describing his experiments with video feedback.

At some point during the session, I accidentally stuck my hand momentarily in front of the camera's lens. Of course the screen went all dark, but when I removed my hand, the previous pattern did not just pop right back onto the screen, as expected. Instead I saw a different pattern on the screen, but this pattern, unlike anything I'd seen before, was not stationary.[5]

More
©Text is available under the terms and conditions of the Creative Commons-Attribution ShareAlike (CC BY-SA) license; additional terms may apply. By using this site, you agree to the Terms and Conditions and Privacy Policy.
Upload a video for this entry
Information
Subjects: Optics
Contributor MDPI registered users' name will be linked to their SciProfiles pages. To register with us, please refer to https://encyclopedia.pub/register :
HandWiki
View Times: 44
Entry Collection: HandWiki
Revision: 1 time (View History)
Update Date: 02 Dec 2022
Table of Contents
1000/1000
Hot Most Recent