+1 point
Thank you for your contribution! You can also upload a video entry related to this topic through the link below: https://encyclopedia.pub/user/video_add?id=37700
Check Note
2000/2000
Peer Reviewed
Bioactive Compounds from Eruca sativa Seeds
Upload a video
This is a peer-reviewed entry published in Encyclopedia Journal, full entry can be found at 10.3390/encyclopedia2040129

Eruca sativa Miller (Brassicaceae) is an insect-pollinated diploid annual species which grows spontaneously in the entire Mediterranean basin from semi-arid to arid-hot conditions and is cultivated in Northern America, Europe, and Asia as either salad or oilseed crop. Here, some essential background was provided on this versatile crop, summarizing the present status of Eruca sativa research focusing on the wealth of bioactive ingredients in its seeds, which may find exploitation in agriculture, in the food industries and as nutraceuticals for their antioxidant and anti-inflammatory properties. Fatty acids of Eruca sativa seed oil, gums, glucosinolates and soluble and insoluble phenol and flavonoid fractions in the defatted press cake are the main bioactive compounds considered to date by the scientific literature and that deserve attention for their physical and biological activities.

rocket defatted seed meals glucosinolates myrosinase flavonoids bio-based materials
Information
Subjects: Plant Sciences
Contributors :
Eleonora Pagnotta
,
Luisa Ugolini
,
Roberto Matteo
,
Laura Righetti
View Times: 581
Online Date: 02 Dec 2022
Table of Contents
Eruca sativa Mill. (Brassicaceae), synonym of E. vesicaria (L.) Cav. subsp. sativa (Mill.) Thell, is the only taxon of Eruca that has been cultivated since Roman times (Figure 1). At present, it is mainly distributed in Southern Europe, North Africa, the Middle East and Asia, where it is typical in Pakistan, Afghanistan and India. It spontaneously grows in the Mediterranean basin, and it is cultivated in Europe and America mostly as a baby-leaf crop [1][2], whilst in Iran and in the Indian subcontinent it is considered an oilseed crop [3]. It is a fast-growing crop (it usually takes 20–30 days after germination for harvesting as a leafy vegetable, and 120–250 days for a complete growing cycle) and can be sowed both in autumn-winter and early spring [4][5]. In recent years, it has been cultivated as a salad via hydroponics and greenhouses to provide higher quality and yields [4][6]. 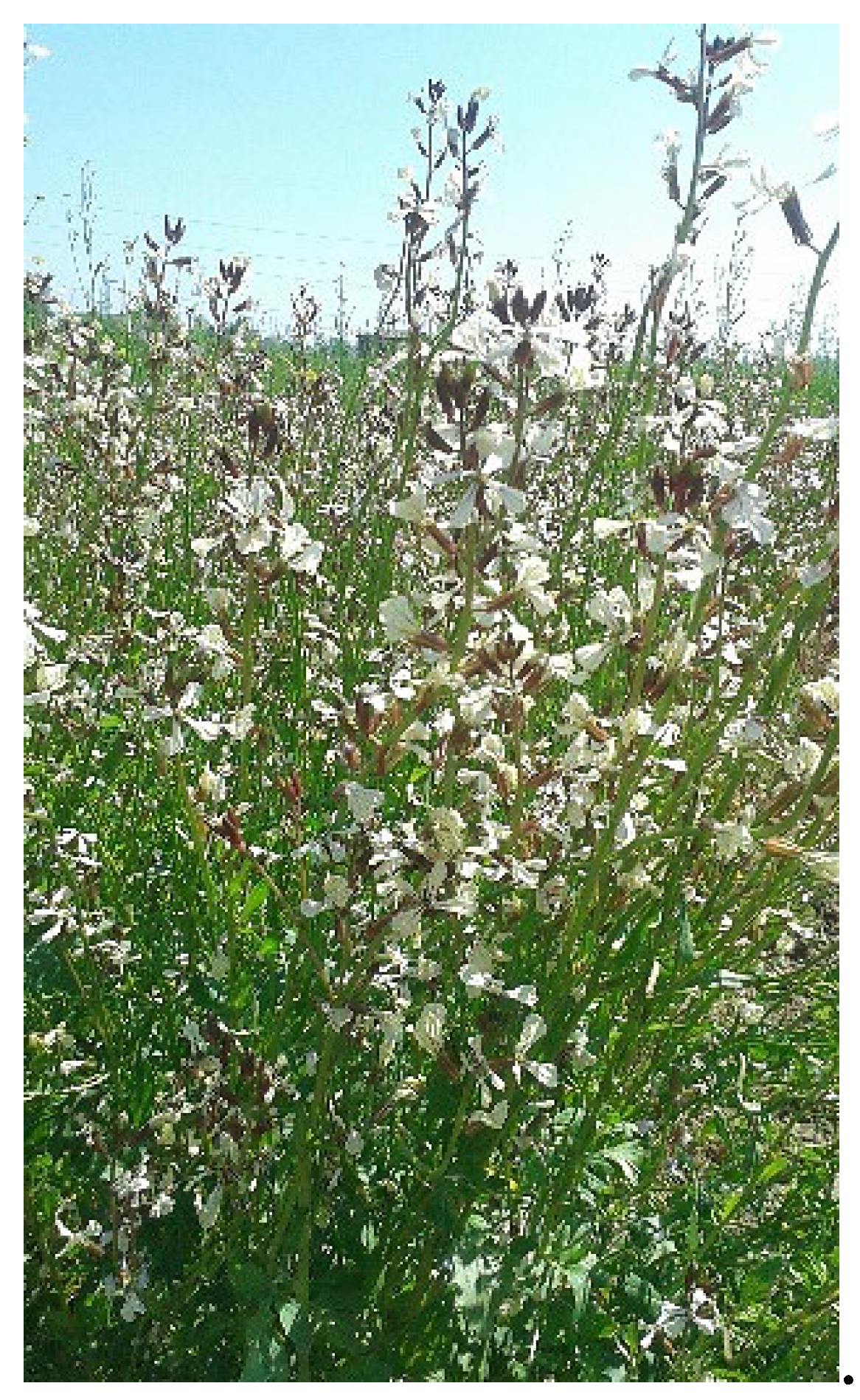 Figure 1. Eruca sativa cultivated field in the CREA experimental farm located in Bologna (Italy)—flowering time.
The Eruca sativa Mill. genome (2n = 22) and transcriptome have recently been published [7], but rigorous phylogenetic studies are absent from the literature due to the great genetic diversity in the species [1], with the exception of a recent analysis of phylogenetic relationships in the Brassicaceae family based on the complete chloroplast genome determination of E. sativa [8]. Despite ancient reports of its use, very limited breeding activities have been carried out prior to the mid-1990s, when the first meeting of the Rocket genetic resources network was held in Lisbon [9], with the aim of improving germplasm collection, conservation, and characterization. To date, less than 100 varieties are registered in the European Community Plant Variety Office (CPVO) database [10], with the oldest registered one dating to 2004. Reflecting the geographical difference in uses, the CPVO technical protocol for this species primarily focuses, however, on the characteristics of leaves [11], neglecting both seed-related and phytochemical traits. These and other genetic and agro-morphological traits are the subject of scientific studies that, interestingly for breeding purposes, found within the species a wide diversity [12][13][14][15]. Some characteristics of this plant pose challenges to conservation and breeding programs: the relevant degree of self-incompatibility, the allogamy that makes it difficult to keep varieties stable, and the impossibility to transfer genes of interest through intergeneric crosses limit the potential of traditional breeding [16]. Despite these difficulties, E. sativa deserves research attention, as it is a very interesting plant for its high adaptation to arid and semi-arid soils, which are rapidly growing in its cultivation area due to climate changes [17]. Among other uses, E. sativa seeds can be considered as a promising feedstock for biorefinery and, according to a recent life cycle assessment, it may save greenhouse gas emissions by about 150% in comparison to neat diesel [18]. In addition to that, several parts of the plant, and in particular its seeds, possess bioactive compounds which may find several industrial applications and are studied also for their health-promoting activities, which include the antimicrobial, antioxidant, antiproliferative, antiemetic, and antiulcer [19][20][21][22][23].
The steady growth in publications on E. sativa over the last two decades is a proof of the potential of this crop. Here the present status of E. sativa research was provided, highlighting the wealth of bioactive ingredients in its seeds.

More
© Text is available under the terms and conditions of the Creative Commons Attribution (CC BY) license; additional terms may apply. By using this site, you agree to the Terms and Conditions and Privacy Policy.
Upload a video for this entry
Information
Subjects: Plant Sciences
Contributors MDPI registered users' name will be linked to their SciProfiles pages. To register with us, please refer to https://encyclopedia.pub/register :
Eleonora Pagnotta
,
Luisa Ugolini
,
Roberto Matteo
,
Laura Righetti
View Times: 581
Online Date: 02 Dec 2022
Table of Contents
1000/1000
Hot Most Recent