Submitted Successfully!
Thank you for your contribution! You can also upload a video entry related to this topic through the link below:
https://encyclopedia.pub/user/video_add?id=365
Check Note
2000/2000
Natural Clinoptilolite
Edit
Upload a video

Zeolites are ionic conductors and the cation electrical mobility in zeolites depends on their hydration state; consequently, the water adsorption/desorption process can be simply investigated by measuring the temporal evolution of current intensity in samples exposed to an environment with constant humidity or dry air, respectively. According to this kinetic analysis, a mechanism has been formulated for the water adsorption process able to justify the Lagergren pseudo-first-order kinetics observed for adsorption and the first-order kinetics observed for desorption. In this mechanism water molecules are first attract by the electric field of the cations and then they move at cation-framework interface to maximize the hydrogen bond interactions.

Zeolites are microporous silico-alluminate compounds with a regular arrangement of channels[1]. Such microporosity makes zeolites able to adsorb small molecules like water, ethanol, formaldehyde, acetic acid, etc.[2] Extra-framework charge balancing cations should be involved in the mechanism of gas-phase molecular adsorption in zeolites because long-range electrostatic interactions are possible between the electric field of cations and the total dipole-moment of the adsorbate molecules[3]. Such attractive cation effect should act with both polarizable and high polar molecules like, for example, water. However, it is still not clear the exact structure of the hydrated cationic sites and the molecular pathway involved in the hydration process. Such informations can be obtained only by a kinetic analysis of the water adsorption/desorption process, and this aspect has not been deeply investigated yet. Owing to the importance of zeolite  adsorption properties, some kinetic studies on the liquid-phase adsorption of zeolites (e.g., for ammonium cations) are available in the literature[1], however to the best of our knowledge very limited is the literature available for gas-phase adsorption of zeolites[4].

Here, an electrical method has been developed to investigate the kinetics of water adsorption/desorption on natural clinoptilolite and a mechanism for these two processes has been formulated on the basis of the experimentally found kinetic orders.

The presence of cations in zeolites allows electrical conduction[5]. In fact, zeolites are ionic conductors and their conductivity strictly depends on the aluminum content. The cation amount in zeolites increases with decreasing of the Si/Al ratio. Therefore, cations have at same time a leading role in physical adsorption of polar/polarizable molecules and electrical transport, and consequently it is possible to investigate the adsorption process (for example, for water) by a simple electrical technique. When a D.C. electric field, E, is applied to a zeolite sample, two different phenomena take place: (i) electrical transport and (ii) electrode polarization. In these conditions, the current intensity, I, is not directly proportional to the charge carrier density (cations concentration in the solid sample), since during the conduction process, cations progressively accumulate at electrode surface and the number of charge carriers decreases. When an A.C. electric field is applied, the amount of cations that stop at the electrode surface decreases significantly, the higher is the frequency. If the A.C. electric field frequency is higher than 1kHz, the amount of cations stopped at electrode surface is almost negligible. Therefore, for a sample biased by a high-frequency A.C. electric field (e.g., 5kHz), the current intensity moving in the sample is directly proportional to the charge carrier density (I=z·e·n·v·E, where z is the cation valence, e is the elemental charge, n is the charge carrier density, v is the cation average speed, and E is the applied local electric field)[6] and the temporal evolution of the normalized current intensity, I/I0, describes exactly the cation concentration behavior with time. In this case, a kinetic analysis of the adsorption/desorption can be performed by simple current intensity measurements. In particular, owing to the strong electrostatic interaction between cations and framework nucleophilic areas, dehydrated cations could be considered as not mobile (μ=0), while they become mobile after adsorption of one water molecule. Consequently, the temporal evolution of the normalized current intensity, I/I0, could be used to establish the relative cation concentration increase/decrease, during the process of adsorption/desorption, respectively. Based on this type of investigation, the kinetic order of the water adsorption/desorption process can be established and the kinetic rates measured too.

The kinetics of the water adsorption process on natural clinoptilolite, studied in isothermal conditions (25°C), and in presence of a constant humidity environment (75%), has been found to follow a pseudo-first order behavior[7] (i.e., Lagergren model: Log(1-Qt/Qe)=-k·t/2.303, where Qt represents the adsorbed amount of water at t time and Qe the adsorbed water amount at equilibrium; the Qt/Qe ratio numerically corresponds to the It/Ie ratio) (see Figure 1A). Differently, a first-order kinetic behavior[8] (i.e., Log(Qt/Q0)=-k'·t/2.303, where Qt is the adsorbed water amount at t time and Q0 is the initial adsorbed amount of water; the Qt/Q0 ratio numerically corresponds to It/I0) has been found to control water desorption in dry air (see Figure 1B). A correlation factor, R2, very close to one was found in the best-fittings of data based on these models, thus indicating the validity of each model. The kinetic constants measured for the adsorption and desorption processes are: k=0.00586 min-1 and k'=0.0203 min-1 (at 25°C), respectively. The first-order kinetic process experimentally found for dehydration exactly corresponds to the inverse of the pseudo-first order hydration process and thus confirms it. 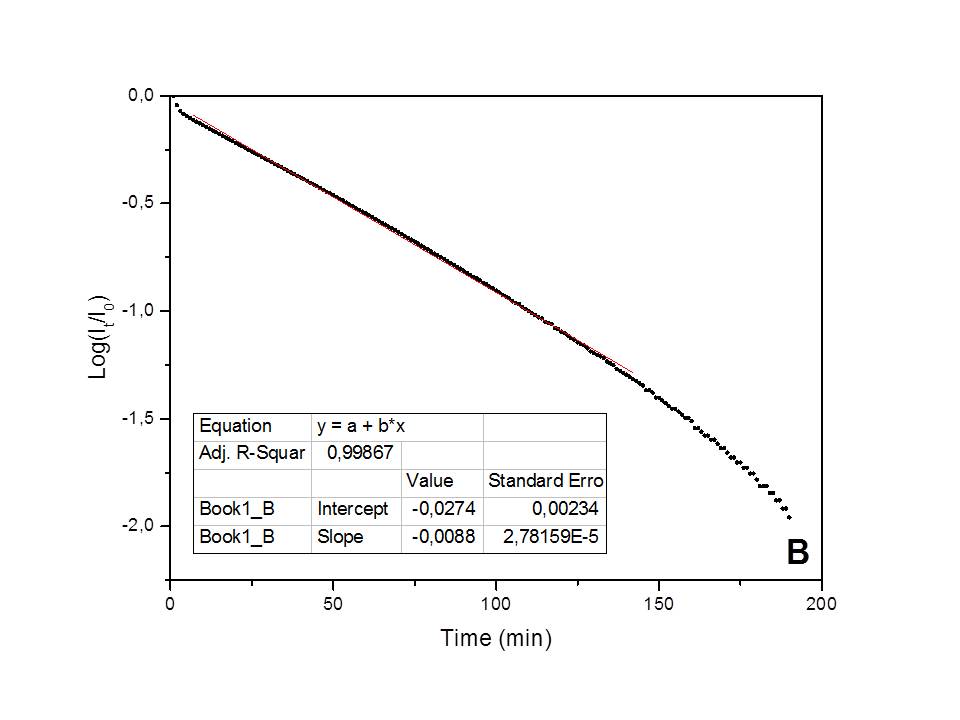 Figure 1. Best-fitting of the adsorption/desorption experimental data, obtained by the electrical method.

Such experimentally found kinetic orders suggest an adsorption mechanism based on a direct water-cation electrostatic interaction, with formation of a dipole-cation bond as rate-limiting elemental step (i.e., F-Me+ + H2O → F-Me(OH2)+, where F- represents the framework nucleophilic area). However, the significant change of cation mobility, as a consequence of the adsorption process, would suggest the existence of a second, faster elemental step, based on the displacement of the adsorbed water molecule at the framework-cation interface to maximize the hydrogen-bond interactions (i.e., F-Me(OH2)+ → F-H2OMe+). In fact, the separation of the cation from the negative charge in the framework, as a consequence of the H2O molecule interposition, decreases the intensity of the Coulomb's force, making possible cation movement by hopping.

A kinetic analysis of the physical adsorption/desorption process of water on natural clinoptilolite has been performed by monitoring the temporal evolution of the relative current intensity in a biased sample (sinusoidal voltage of 20Vpp and 5kHz), exposed to a constant humidity environment (75%) at 25°C. According to the performed kinetic analysis the adsorption mechanism involves two-steps: slow water-cation electrostatic association, and fast water transfer at framework-cation interface.

A natural clinoptilolite sample (T.I.P., Germany), in form of slab (5X5X5 mm), was biased by a sinusoidal voltage of 20Vpp (5kHz), provided by a DDS function generator (GW Instek, SFG-1013) and the effective current intensity (Ieff) was measured by a true-RMS ammeter contained in a 100kHz bandwidth digital multimeter (Brymen, BM869s). Time-resolved data were recorded on a PC by using the DMM datalogging system. During the hydration/dehydration process, the applied voltage resulted practically a constant because of the very low conductivity of the clinoptilolite sample (the power of the used function generator was of ca. 40W). Silver paint was used for electrical contacts. To achieve an atmosphere with constant humidity, the saturated salt method[9] was used. In particular, the sample was placed inside a sealed container, and a NaCl/H2O system was used to achieve a 75% humidity atmosphere. Owing to the strict dependence of zeolite conductivity on temperature, all tests were carried out at constant temperature (25°C). The clinoptilolite slabs were obtained by cutting the raw stone by a small diamond saw (mini drill).

More
©Text is available under the terms and conditions of the Creative Commons-Attribution ShareAlike (CC BY-SA) license; additional terms may apply. By using this site, you agree to the Terms and Conditions and Privacy Policy.
Upload a video for this entry
Information
Subjects: Chemistry, Inorganic & Nuclear
Contributor MDPI registered users' name will be linked to their SciProfiles pages. To register with us, please refer to https://encyclopedia.pub/register :
Gianfranco Carotenuto
View Times: 446
Revisions: 6 times (View History)
Update Time: 28 Oct 2020
Table of Contents
1000/1000
Hot Most Recent