Submitted Successfully!
Thank you for your contribution! You can also upload a video entry related to this topic through the link below:
https://encyclopedia.pub/user/video_add?id=3557
Check Note
2000/2000
MiRNA-Mediated Epigenetic Mechanisms
Edit
Upload a video
This entry is adapted from 10.3390/cancers12123657

This entry discuss the role of ncRNAs as mediators of epigenetic pathways associated with carcinogenesis, and provides an overview on how deregulated microRNAs (miRNAs) and long non-coding RNAs (lncRNAs) alter the expression of cancer-promoting genes.  Overall, miss regulated expression of ncRNAs alter cell cycle progression and apoptosis to increase proliferation, thereby facilitating cellular transformation into malignancies. The potential for using ncRNAs as targets for early prognosis and for developing cancer therapies is discussed.

The pathophysiology of cancer is associated with multiple molecular and cellular dysfunctions, including genetic and/or epigenetic alterations [1]. Epigenetic changes are catalyzed by specific enzymes capable of modifying the chromatin structure, e.g., acetylation, methylation, phosphorylation, ubiquitylation and glycosylation [2][3]. These modifications can be influenced by environmental changes [4][5]. The cellular epigenetic landscape can be regulated by non-coding RNAs (ncRNAs) to modify gene expressions [6][7][8]. ncRNAs are untranslated RNA molecules capable of regulating gene expression through multiple pathways. For instance, ncRNAs can target the chromatin to induce gene silencing through direct interaction with epigenetic factors. ncRNAs can also interact with transcription factors to either prevent or promote the expression of target genes. Additionally, ncRNAs can silence gene expressions by directly binding to mRNA targets, a process known as RNA-induced silencing. This review article is focused on the epigenetic function of small and long ncRNAs: microRNAs (miRNAs), short interfering RNAs (siRNAs) and long non-coding RNAs (lncRNAs) in the context of cancer biology.

In general, miRNAs typically repress specific gene targets by RNA-induced silencing at the post-transcriptional level [9]. In contrast, lncRNAs can use multiple methods to regulate gene expressions. These include the remodeling of chromatin to activate or repress transcription, modulating pre-mRNA splicing and inhibiting mRNA translation [10]. In addition to miRNAs and lncRNAs, other ncRNAs have specialized functions. These include small nuclear RNAs (snRNAs), small nucleolar RNAs (snoRNAs), ribosomal RNAs (rRNAs), transfer RNAs (tRNAs) and piwi-interacting RNAs (piRNAs). snRNAs are approximately 150 nucleotide bases and are primarily located within the splicing regions of nuclei. Due to their locations, snRNAs have been reported to be associated with pre-mRNA splicing, particularly in the formation of the spliceosome [11]. The spliceosome is a large, dynamic complex that is composed of the five snRNAs: U1, U2, U4, U5 and U6, along with other protein components [11][12][13]. The combination of snRNAs and other splicing proteins, a small nuclear ribonucleoprotein or snRNP complex, includes a singular spliceosomal snRNA within a complex with various splicing proteins [11]. Similar to snRNAs are snoRNAs; there is documentation of a group of ncRNAs primarily located in the nucleoli of eukaryotic cells with functions to modify and contribute to the processing of rRNA, particularly during the synthesis of the ribosomal subunits [14][15][16][17]. The two main functions of snoRNA in relation to rRNA modifications involve methylation of the ribosomal subunits or 2′O-ribose-methylations and pseudouridylation to convert uridine into pseudouridine for the generation of mature rRNAs [18]. rRNAs and tRNAs are long and well-studied ncRNAs with known specific functions in mRNA translation. rRNAs are known to have a role in the assembly of ribosomal subunits and tRNAs in protein synthesis, particularly in the transfer of individual amino acid subunits into the ribosome during the translation of mRNA [19][20]. Notably, small RNA fragments derived from tRNAs can function as ncRNAs, as described below. The function of piRNAs is predominantly linked to transposons, particularly to protect the genome from invasive transposable elements in the germlines of animals through gene silencing [21]. This ncRNA is approximately 24–32 nucleotide bases and is transcribed from a series of repetitive elements within the genome known as piRNA clusters [22]. piRNAs interact with PIWI, a subfamily of ARGONAUTE proteins, to regulate their targets, including self-biogenesis [23]. In addition to the silencing of transposable elements, piRNAs also regulate DNA rearrangements, mRNA turnover and epigenetic programming [23][24].

MiRNAs are a class of double-stranded RNAs (dsRNAs) that are approximately 22 nucleotide bases. This class of ncRNA is mostly responsible to silence mRNA translation by direct interaction with the transcript [25]. MiRNAs exert multiple cellular processes, including cell proliferation, adhesion, cell death and differentiation [26]. They were first characterized in Caenorhabditis elegans, with the discovery of lin-4, which was shown to silence lin-14 mRNA, which is a protein involved in the initial stage of larval (L1) development [27].

MiRNA gene transcription forms a stem-loop, double-stranded structure known as primary miRNA (pri-miRNA) in the nucleus (Figure 1) [28]. The pri-mRNA is processed, in the nucleus, by the RNase III enzyme Drosha [29] and its cofactor, Pasha, resulting in the formation of pri-miRNA into pre-mRNA. The pre-mRNA is further processed by the ATP-dependent protein/enzyme Dicer into a mature miRNA [30][31][32][33]. Once in the cytoplasm, one of the two strands of the mature miRNA is taken up by a member of the ARGONAUTE protein family. ARGONAUTE then delivers the miRNA to a target mRNA sequence, causing its degradation or preventing its translation [34]. ARGONAUTE forms complexes with different proteins in order to deliver the miRNA to its targets. For instance, the heat-shock protein 90 (Hsp90) can form a complex with the ARGONAUTE 1 (AGO1) in plants, along with the single miRNA strand [35]. This overall complex is known as the RNA-induced silencing complex or RISC. The single miRNA strand either binds with perfect or imperfect complementarity to the mRNA target, generally in the 3′ UTR, which leads to translation repression or mRNA degradation [36]. 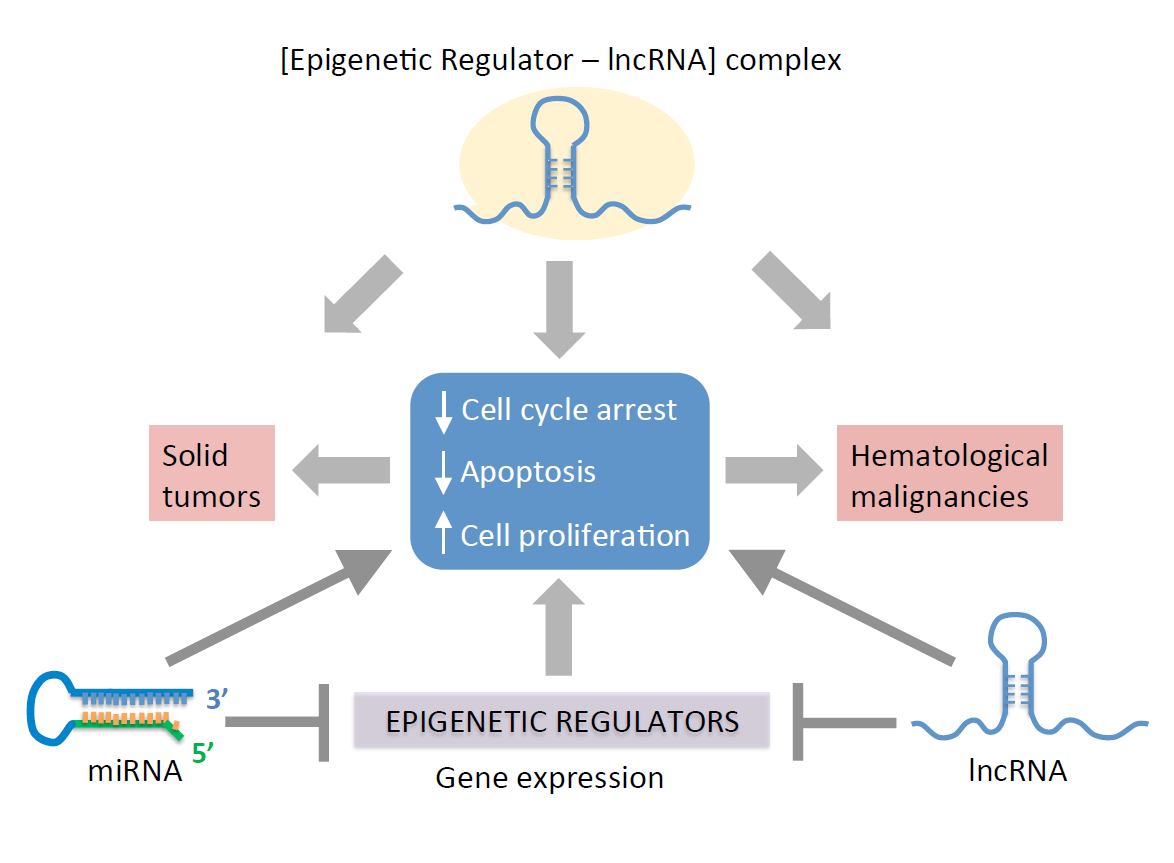 Figure 1. MicroRNA (MiRNA) biogenesis pathway. Transcription of the miRNA gene by RNA polymerase Pol II or Pol III produces a primary transcript (priRNA) that is cleaved by the ribonuclease III Drosha and processed by the double-stranded RNA-binding protein Pasha in the nucleus. This results in the formation of a precursor miRNA (pre-miRNA) hairpin, which is exported from the nucleus via exportin-5-mediated translocation. Once in the cytoplasm, the pre-miRNA is cleaved by the RNase DICER in a complex with the double-stranded RNA-binding protein TRBP to generate a miRNA duplex. The non-functional strand of the miRNA duplex is subjected to degradation, while the mature miRNA (functional strand) binds to ARGONAUTE proteins and the RNA-induced silencing complex (RISC). The mature miRNA guides RISC to silence mRNA targets by cleavage, translational repression or deadenylation.

SiRNAs are also small RNAs, commonly used experimentally as RNA interference or RNAi to silence genes. The use of RNAi was originally implemented in C. elegans in order to decrease the expression of specific genes and, since then, has been widely applied in varied experimental conditions [37]. This study found that double-stranded RNA interference (dsRNAi) molecules could be relatively more effective in silencing genes as compared to single-stranded siRNA. Shortly after this pioneering finding by Fire and colleagues in 1998, RNAi was implemented in the form of short hairpin RNAs (shRNAs) produced in plasmid vectors [38][39]. This followed the wide use of shRNAs through cell engineering with genomic-integrated shRNA [40]. Both siRNAs and shRNAs are used to silence genes for in vitro and in vivo experiments. In contrast to siRNAs, shRNA constructs are capable of DNA integration. After transcription, shRNAs are exported from the nucleus and recognized by Dicer in the cytosol to be processed into siRNA duplexes [41].

Post-transcriptional gene silencing (PTGS) and mRNA degradation allow miRNAs to regulate the epigenome through the downregulation of key epigenetic modifiers and to change the chromatin landscape [42]. Key examples of miRNA-interacting epigenetic factors include histone deacetylases (HDACs), histone methyltransferases (HMTs) and DNA methyltransferases (DNMTs) [42][43]. A list of miRNAs targeting specific repressive epigenetic modifiers is shown in Table 1. Thus, the upregulation of these miRNAs can specifically reactivate genes whose expressions were silenced by such epigenetic modifiers targeted by specific miRNAs. For instance, the miR-29 family has complementarities to the 3′ UTRs of DNMT3A and DNMT3B [44], resulting in their repression at the PTGS level. Similarly, miR-148 targets DNMT3B not at the 3′ UTRs but at the conserved protein-coding region [45]. Consequently, miR-148 interactions with DNMT3B mRNA lead to both PTGS, which could lead to translation deficiency or mRNA degradation [45]. DNA-methyl transferase 1 (DNMT1) is targeted by multiple miRNAs, including miR-148a, miR-152, miR-185 and miR-342. Many of the miRNAs listed in Table 1 have been reported to interact and repress the expression of the HMT, EZH2 (Enhancer of zeste homolog 2), which is part of the polycomb group repressive complex 2 (PRC2) [46]. EZH2 is targeted by several miRNAs, including miR-101, miR-137, miR-26a, miR-98, miR-124, miR-214 and let-7. In cases when miRNAs capable of suppressing DNMT1, DNMT3A, DNMT3B and EZH2 are decreased, it could lead to abnormal DNA methylation patterns to silence specific gene targets, resulting in cancer [47]. Abnormal DNA/histone methylation patterns could lead to the reactivation of oncogenes and/or the repression of tumor suppressors to facilitate cancer formation, progression and metastasis.

In addition to miRNAs capable of regulating the epigenome, the expression of such miRNAs themselves can be regulated by epigenetic modifications. For instance, CpG islands, which are generally found at gene promoters, are also found in approximately half of all miRNA genes, which can consequently undergo aberrant DNA methylation and deregulated expression [42]. These modifications can lead to either the upregulation or downregulation of miRNA expressions that can be associated with different states of tumorigenesis.

More
© Text is available under the terms and conditions of the Creative Commons Attribution (CC BY) license; additional terms may apply. By using this site, you agree to the Terms and Conditions and Privacy Policy.
Upload a video for this entry
Information
Subjects: Genetics & Heredity
Contributor MDPI registered users' name will be linked to their SciProfiles pages. To register with us, please refer to https://encyclopedia.pub/register :
Jean Pierre Etchegaray
View Times: 193
Revisions: 3 times (View History)
Update Time: 16 Dec 2020
Table of Contents
1000/1000
Hot Most Recent