+1 point
Thank you for your contribution! You can also upload a video entry related to this topic through the link below: https://encyclopedia.pub/user/video_add?id=35277
Check Note
2000/2000
Misnagdim

Edit
Upload a video
The content is sourced from: https://handwiki.org/wiki/Religion:Misnagdim

Misnagdim (מתנגדים; also Mitnagdim; singular misnaged/mitnaged) is a Hebrew word meaning "opponents". The term "Misnagdim" commonly refers to opponents of Hasidism. The term "Misnagdim" gained a common usage among Jews living in Europe as the term that referred to Ashkenazi Jews who opposed the rise and spread of early Hasidic Judaism.

The rapid spread of Hasidism in the second half of the 18th century greatly troubled many traditional rabbis; many saw it as heretical.

Hasidism's founder was Rabbi Israel ben Eliezer (ca.1700-1760), known as the Baal Shem Tov ("master of a good name" usually applied to a saintly Jew who was also a wonder-worker), or simply by the acronym "Besht" (Hebrew: בעשט‎); he taught that man's relationship with God depended on immediate religious experience, in addition to knowledge and observance of the details of the Torah and Talmud.

Much of Judaism was still fearful of the messianic movements of the Sabbateans and the Frankists (followers of the messianic claimant Jacob Frank (1726–1791)). Many rabbis suspected Hasidism of an intimate connection with these movements.

The characteristically "Lithuanian" approach to Judaism was marked by a concentration on highly intellectual Talmud study. Lithuania became the heartland of the traditionalist opposition to Hasidism, to the extent that in popular perception "Lithuanian" and "misnaged" became virtually interchangeable terms. In fact, however, a sizable minority of Lithuanian Jews belong(ed) to Hasidic groups, including Chabad, Slonim, Karlin-Stolin (Pinsk) and Koidanov.

The first documented opposition to the Hasidic Movement was from the Jewish community in Shklow, Belarus in the year 1772.[1] Rabbis and community leaders voiced concerns about the Hasidim because they were making their way to Belarus.[1] The rabbis sent letters forbidding Hasidic prayer houses, urging the burning of Hasidic texts, and humiliating prominent Hasidic leaders.[1] The rabbis imprisoned the Hasidic leaders in an attempt to isolate them from coming into contact with their followers.[1]

2. Opposition of the Vilna Gaon 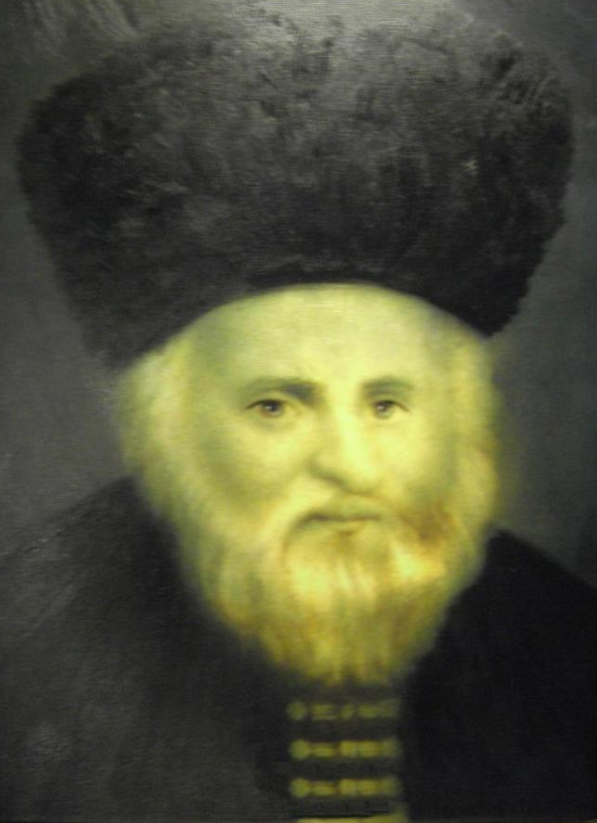 The bans of excommunication against Hasidic Jews in 1772 were accompanied by the public ripping up of several early Hasidic pamphlets. The Vilna Gaon, Elijah ben Solomon Zalman, a prominent rabbi, galvanized opposition to Hasidic Judaism. He believed that the claims of miracles and visions made by Hasidic Jews were lies and delusions. A key point of opposition was that the Vilna Gaon maintained that greatness in Torah and observance must come through natural human efforts at Torah study without relying on any external "miracles" and "wonders", whereas the Ba'al Shem Tov was more focused on bringing encouragement and raising the morale of the Jewish people, especially following the Chmelnitzki pogroms (1648–1654) and the aftermath of disillusionment in the Jewish masses following the millennial excitement heightened by the failed messianic claims of Sabbatai Zevi and Jacob Frank. Opponents of Hasidim held that Hasidim viewed their rebbes in an idolatrous fashion.

Most of the changes made by the Hasidim were the product of the Hasidic approach to Kabbalah, particularly as expressed by Rabbi Isaac Luria (1534–1572), known as "the ARI" and his disciples, particularly Rabbi Chaim Vital (1543–1620). Both Misnagdim and hassidim were greatly influenced by the ARI, but the legalistic Misnagdim feared in Hasidism what they perceived as disturbing parallels to the Sabatean movement. An example of such an idea was the concept that the entire universe is completely nullified to God. Depending on how this idea was preached and interpreted, it could give rise to pantheism, universally acknowledged as a heresy, or lead to immoral behavior, since elements of Kabbalah can be misconstrued to de-emphasize ritual and to glorify sexual metaphors as a deeper means of grasping some inner hidden notions in the Torah based on the Jews' intimate relationship with God. If God is present in everything, and if divinity is to be grasped in erotic terms, then -- Misnagdim feared -- Hasidim might feel justified in neglecting legal distinctions between the holy and the profane, and in engaging in inappropriate sexual activities.

The stress of Jewish prayer over Torah study and the Hasidic reinterpretation of Torah l'shma (Torah study for its own sake), was seen as a rejection of traditional Judaism.

Hasidic Jews also added some halakhic stringencies on Kashrus, the laws of keeping kosher. They made certain changes in how livestock were slaughtered and in who was considered a reliable mashgiach (supervisor of kashrut). The end result was that they essentially considered some kosher food as less kosher. This was seen as a change of traditional Judaism, and an over stringency of halakha (Jewish law), and, again, a breach of communal unity.

4. Response to the Rise of Hasidism

With the rise of what would become known as Hasidism in the late 18th century, established conservative rabbinic authorities actively worked to stem its growth. Whereas before the breakaway Hasidic synagogues were occasionally opposed but largely checked, its spread into Lithuania and Belorussia prompted a concerted effort by opposing rabbis to halt its spread.[2]

In late 1772, after uniting the scholars of Brisk, Minsk and other Belorussian and Lithuanian communities, the Vilna Gaon then issued the first of many polemical letters against the nascent Hasidic movement, which was included in the anti-Hasidic anthology, Zemir aritsim ve-ḥarvot tsurim (1772). The letters published in the anthology included pronouncements of excommunication against Hasidic leaders on the basis of their worship and habits, all of which were seen as unorthodox by the Misnagdim.[2] This included but was not limited to unsanctioned places of worship and ecstatic prayers, as well as charges of smoking, dancing, and the drinking of alcohol. In total, this was seen to be a radical departure from the Misnagdic norm of asceticism, scholarship, and stoic demeanor in worship and general conduct, and was viewed as a development that needed to be suppressed.[2]

Between 1772 and 1791, other Misnagdic tracts of this type would follow, all targeting the Hasidim in an effort to contain and eradicate them from Jewish communities. The harshest of these denouncements came between 1785 and 1815 combined with petitioning of the Russian government to outlaw the Hasidim on the grounds of them being spies, traitors, and subversives.[2]

However, this would not be realized,. After the death of the Vilna Gaon in 1797 and the partitions of Poland in 1793 and 1795, the regions of Poland where there were disputes between Misnagdim and Hasidim came under the control of governments that did not want to take sides in inner-Jewish conflicts, but that wanted instead to abolish Jewish autonomy. In 1804 Hasidism was legalized by the Imperial Russian government, and efforts by the Misnagdim to contain the now-widespread Hasidim were stymied.[2]

5. Winding Down the Battles

By the mid-19th century most of non-Hasidic Judaism had discontinued its struggle with Hasidism and had reconciled itself to the establishment of the latter as a fact. One reason for the reconciliation between the Hasidim and the Misnagdim was the rise of the Haskalah movement. While many followers of this movement were observant, it was also used by the absolutist state to change Jewish education and culture, which both Misnagdim and Hasidim perceived as a greater threat to religion than they represented to each other.[3] In the modern era, Misnagdim continue to thrive, but they prefer to be called "Litvish" or "Yeshivish."

More
©Text is available under the terms and conditions of the Creative Commons-Attribution ShareAlike (CC BY-SA) license; additional terms may apply. By using this site, you agree to the Terms and Conditions and Privacy Policy.
Upload a video for this entry
Information
Subjects: Religion
Contributor MDPI registered users' name will be linked to their SciProfiles pages. To register with us, please refer to https://encyclopedia.pub/register :
HandWiki
View Times: 16
Entry Collection: HandWiki
Revision: 1 time (View History)
Update Time: 18 Nov 2022
Table of Contents
1000/1000
Hot Most Recent