+1 point
Thank you for your contribution! You can also upload a video entry related to this topic through the link below: https://encyclopedia.pub/user/video_add?id=35144
Check Note
2000/2000
Thomas Little Heath

Edit
Upload a video
The content is sourced from: https://handwiki.org/wiki/Biography:Thomas_Little_Heath
/hiːθ/ mountaineer mathematics 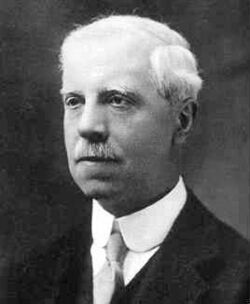 Heath was born in Barnetby-le-Wold, Lincolnshire, England, the son of a farmer, Samuel Heath. He was educated at Caistor Grammar School and Clifton College before entering Trinity College, Cambridge, where he was awarded an ScD in 1896 [1] and became an Honorary Fellow in 1920.[2] In 1884 he took the Civil Service examination and became an Assistant Secretary to the Treasury, becoming Permanent Secretary in 1913. He left the Treasury in 1919 for the National Debt Office, holding a post there until he retired in 1926. He was honoured for his work in the Civil Service by being appointed Companion of the Order of the Bath in 1903, Knight Commander of the Order of the Bath in 1909, and Knight Commander of the Royal Victorian Order in 1916.[3] He was elected a Fellow of the Royal Society in May 1912.[4]

He died in Ashtead, Surrey. He had married professional musician Ada Mary Thomas in 1914; they had a son, Geoffrey Thomas Heath, and a daughter, Veronica Mary Heath. Heath's son Geoffrey went to Trinity College, Cambridge, before becoming a teacher at Ampleforth College and had 6 children.

Heath was distinguished for his work in Greek mathematics and was author of several books on Greek mathematicians. It is primarily through Heath's translations that modern English-speaking readers are aware of what Archimedes did. His translation of the celebrated Archimedes Palimpsest, however, was based on a transcription that had lacunae, which scholars such as Reviel Netz have been able to fill in to a certain extent, by exploiting scientific methods of imagery not available in Heath's time.

When Heath's Works of Archimedes was published in 1897, the Archimedes Palimpsest had not been extensively explored. Its significance was not recognised until 1906, when it was examined by Danish professor Johan Ludvig Heiberg. The palimpsest contained an extended version of Stomachion, and a treatise entitled The Method of Mechanical Theorems that had previously been thought lost. These works have been a focus of research by later scholars.

4. Translations and Other Works

Note: Only first editions are listed; many of these titles have been reprinted several times.