+1 point
Thank you for your contribution! You can also upload a video entry related to this topic through the link below: https://encyclopedia.pub/user/video_add?id=35116
Check Note
2000/2000
Salivary Proteomic Approaches and Methods

Oral squamous cell carcinoma (OSCC) is one of the most frequent cancers worldwide. Endoscopic methods may be useful in the evaluation of oral injuries even though the diagnostic gold standard is a biopsy. Targeted screenings could be considered the best way to prevent the occurrence of oral cancer. Aimed to elucidate the potential identification of specific biomarkers of OSCC, the use of saliva is convenient and noninvasive. Many studies reported more than a hundred putative saliva biomarkers for OSCC, and proteogenomic approaches were fundamental to disclosing this issue.

The most important etiological factors of oral cancer are alcohol, tobacco, and herpes papilloma virus infections [1][2]. Some premalignant lesions are associated with OSCC, and the most common is leukoplakia [3]. In the evaluation of oral injuries, the main diagnostic gold standard is biopsy, in addition to endoscopy. Targeted screenings could be considered the best way to prevent the occurrence of oral cancer and improve public health status, as is performed for breast and cervical cancer [4]. The World Health Organization (WHO) indicates that wide screening is the only effective strategy to lower the morbidity of each cancer, as well as for OSCC. Moreover, with the aim of increasing survival rates of patients with oral cancer, the identification of approved biomarkers as early outcomes is essential in the diagnostic algorithm of OSCC.
In this regard, saliva samples could be considered a useful tool for the study of general clinical conditions due to their numerous molecular contents. Thus, the search for salivary biomarkers could be employed in preventing oral cancer and diagnosing OSCC at an early stage. Saliva is a product of the salivary glands and it contains various proteins, microorganisms, skin cells, serum, and blood derivatives [5]. Cancer-related proteins released by malignant cells and/or other proteins related to various systemic diseases have been discovered in salivary sampling [6][7]. Knowledge of the salivary proteome can help us find potential biomarkers for early oral cancer screening [8].
Saliva proteomics can serve as a reliable source for biomarker validation for OSCC (Figure 1). Saliva is a promising biofluid that could mirror the physiological and pathological state of the organism [9]. From oral cavity cells and salivary glands, a plethora of proteins are released into the saliva, and their profiling in OSCC is a promising approach. In addition, the liquid biopsy performed on the patient’s saliva is a non-invasive analysis. 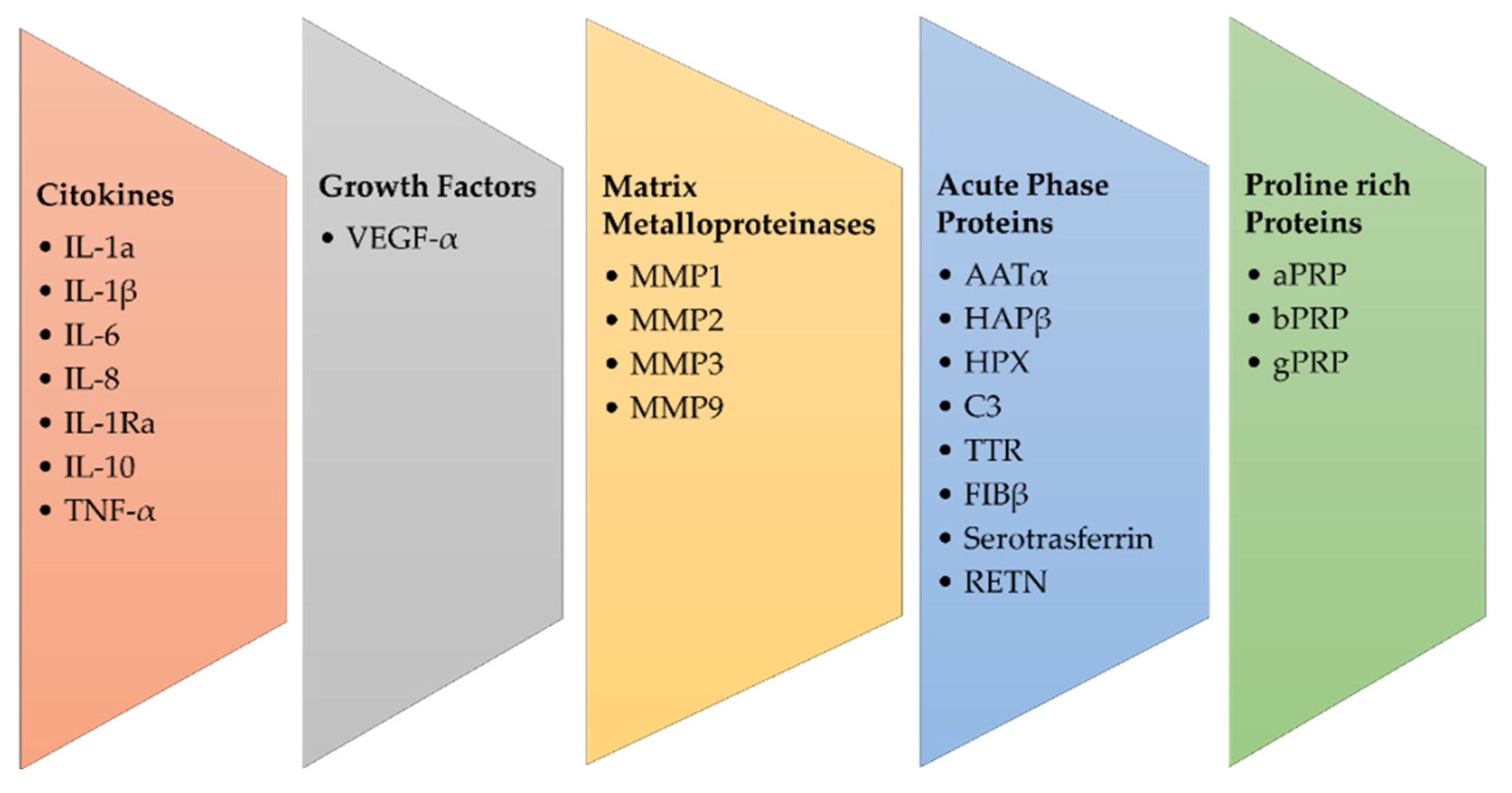 Figure 1. Main groups of salivary biomarkers in OSCC.
Physiologically, the proteins most present in saliva are alfa-amylase, cystatins, pro-line-rich peptides, mucins, and serum albumin. Because more than 50% of cases of OSCC are diagnosed at late stages of disease progression, an early saliva protein content analysis might be a useful strategy to reveal cancer oral disease.
In this regard, the time window of saliva protein analysis could be kept in mind for several studies. In addition, the normal saliva composition with respect to sex, age, and the circadian cycle is a fundamental point. The following reports show a partial view with respect to these mentioned points, but reinforce the opportunity for saliva proteomics.
Cytokeratin has been shown as a potential diagnostic biomarker in head and neck cancer [10]. Salivary levels of Interleukin-1α (IL-1 α), IL-6, IL-8, Vascular-Endothelial Growth Factor- α (VEGF- α) and Tumor Necrosis Factor- α (TNF- α) can support analysis of the progression of premalignant lesions of the tongue and could be used for cancer screening and early diagnosis [11]. Salivary matrix metalloproteinase (MMP) concentrations may be useful for detecting and monitoring OSCC; in fact, as reported by Stott-Miller et al., salivary concentrations of MMP1 and MMP3 were 6–15 times higher in patients with OSCC than in healthy people, with a tendency to increase with higher stage disease [12]. The expression of MMP-9 in saliva has been associated with OSCC and is necessary to obtain an early diagnosis [13].
Shiptzer et al. reported that expression of cyclin D1, Ki67, LDH, and matrix metalloproteinase 9 (MMP-9) were elevated, while measurement of DNA 8-oxoquanine glycosylase (OGG1) and Maspin was lowered in oral cancer saliva patients [14]. MMP2 and MMP-9 are associated with tumor invasion and metastasis, and the concentration of these biomarkers differs significantly in the saliva of healthy individuals, patients with premalignant diseases of the oral cavity, and OSCC patients, suggesting their diagnostic and prognostic role [15][16][17]. In fact, the main protein families involved in salivary proteomics are proline-rich proteins (PRP), including acidic PRP (aPRP), basic PRP (bPRP), and glycosylated PRP (gPRP), α-amylase, mucins, salivary (type S) cystatins, histatins, and statins [18]. Krapfenbauer et al. identified 25 proteins specific to OSCC, suggesting their measurement as biomarkers for oral cancer. Among these, 12 new proteins identified are the proteins galectin-7, cofilin, precursor of CRP, creatine kinase, fatty acid binding protein of the m-chain, type II keratin, myosin light chains 2 and 3, plakoglobin, retinoic acid binding protein II, nucleoside diphosphate kinase A and phosphoglycerate mutase 1 [19].
Starting from the observation that chronic inflammation and oral cancer are connected, acute phase response proteins (APPs) have been detected in the saliva of patients with OSCC, and in particular the APP Haptoglobinβ (HAPβ), α-antitrypsin (AATα), complement-C3 (C3), hemopexin (HPX), serotransferrin, transthyretin (TTR) and fibrinogen β (FIBβ) [19]. In addition, it was suggested that increased levels of HAPβ, AATα, C3, HPX, TF, TTR, FIBβ, and ABG were suitable biomarkers for the early diagnosis of OSCC [19][20]. Yu et al. supported this hypothesis by assembling an inflammatory protein panel for the initial screening of OSCC [21].
Finally, they described another biomarker for the early diagnosis of OSCC, named resistin (RETN), which is a cysteine-rich adipose-derived peptide hormone. Initially, it was considered an endocrine molecule, and after it was associated with type II diabetes mellitus, inflammation, and cardiology disease. RETN has been shown to be highly correlated with the advanced grade of OSCC and metastases. This result highlighted that RETN is a putative salivary biomarker for early diagnosis and is mainly a possible negative prognostic factor of OSCC.
However, the authors are convinced that a standardized system for the collection and analysis of saliva is necessary for it to be used as an early diagnosis target, given the vulnerability of salivary proteins to proteolytic enzymes, oral microorganisms, and the circadian cycle.