Submitted Successfully!
Thank you for your contribution! You can also upload a video entry related to this topic through the link below:
https://encyclopedia.pub/user/video_add?id=3390
Check Note
2000/2000
Films and Coatings Deposition Methods
Edit
Upload a video

The modern methods of films and coatings deposition find many new application in industry and technology. The methods are mainly physical and categorized by the species participating in deposits build-up as: (i) atomistic; (ii) granular; and (iii) bulk. The examples of emerging methods developed by the author and belonging to each category are briefly discussed.

Lech Pawłowski is at present emeritus Professor at The University of Limoges in France. He has been active in industry and academia in the field of surface engineering. Author and co-author of more 130 scientific papers, 3 books and 3 books chapters and Hirsch factor of his publication is h=31.The detailed CV is on the website [1].

The films and coatings enable a flexible application of different materials for industrial applications. Their field of applications are wide starting from microelectronics, machine building up to medicine. The entry concentrates on films and coatings generated in physical way being initiated by a source of the species forming the deposits (atoms, molecules, and particles,.). These species are transported through a medium to a substrate as shown in Figure 1. 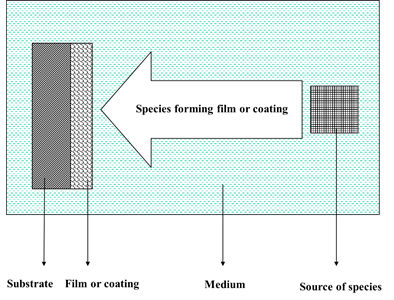 The term “physical deposition” would relate to physical nature of generation the constituent species from source. This mechanism of such generation can be [3]:

The major deposition techniques, categorized by size of species used in their build-up and the: (i) medium in which they are transported in atomistic films; (ii) feedstock used in granular coatings; and, (iii) way of substrate melting in bulk coatings are shown in Table 1.

An important issue is the adaptation of coating to a substrate. Such adaptation can be made by the functionally graded coatings [4].

The detailed description of each method of film and coating preparation can be found elsewhere [2][3] and only a few emerging or growing up techniques will be discussed here. Among the atomistic methods, an important one is pulsed laser deposition shown in Figure 2. The technique uses the pulsed laser having short wavelength (e.g. 200 to 400 nm in excimer lasers) and the emitted photons generates vapors diffusing to the substrate and forming film. The pulsed character of laser radiations generates plasma and the mechanism of target ablation consist of very rapid heating which is useful to deposition films of materials which decomposes easily such as YBa2Cu3O7-x or Ca10(PO4)6(OH)2 oxides [5]. 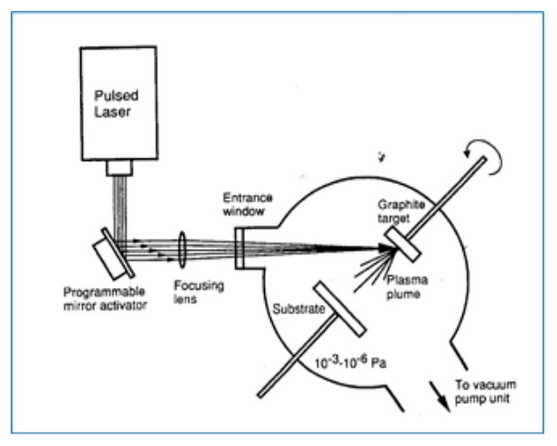 An emerging atomistic method enabling very thin films to be obtained is atomic layer deposition reviewed in [6]. This process uses precursors in gaseous phase, which are introduced in a pulsed way and react on the substrate at moderate temperature lower than 623 K. The reaction chamber is purged after each pulse and their number determines the film thickness. The method is applied in microelectronics or energy storage.

The granular methods of coatings deposition and, in particular, thermal spraying are reviewed thoroughly elsewhere [7]. The new method on this field is suspension precursor plasma spraying (SPPS) which uses liquid chemical precursor which are injected and transforms in the plasma jet before and impact with the substrate as shows Figure 3. 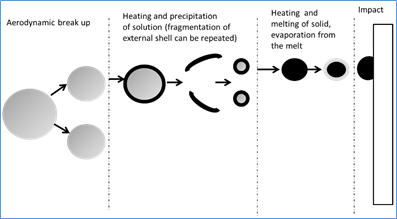 Figure 3. Behavior of a solution droplet in a high-temperature gas [8].

The phenomena occurring during the flight of a droplet are very complex. An example of a behavior of a solution in water and ethanol solution of zirconium acetate Zr(C2H3O2)4 and yttrium nitrate Y(NO3)3 leading to a formation of liquid zirconia is shown in Figure 4.

Figure 4. Phenomena occurring after injection of a solution in water and ethanol of zirconium acetate with zirconium nitrate [9].

The SPPS coating may have a columnar microstructure and their application to produce thermal barrier coatings instead of used at present in industry electron beam physical vapor deposition motivates a lot of research [10].

Finally, the bulk coatings are very useful in manufacturing of thick composite (typically metal matrix composites, MMC) coatings in which the hard reinforcement particles are injected into a melt-pool formed in a metallic substrate by a transferred arc or by a laser beam. As the ceramic particles are in contact with liquid metal or alloy an important issue is wetting which is poor for oxide particles into an alloy. This may lead to the agglomeration of oxide particles in the composted observed e.g. in [11]. The phenomena occurring in contact between molten metallic substrate and solid ceramic particles was recently analyzed [12]. A possibility of cladding of ceramic particles by a metallic layer shown in Fig. 5 is a possibility to improve the homogeneity of the composite microstructure. 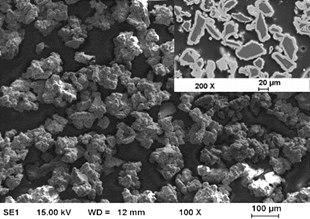 The metal matrix composite obtained by plasma or laser assisted bulk coatings are frequently used against wear in machine building.

The modern methods of films and coatings deposition find many new applications in industry and technology. A few examples of these methods developed by L. Pawłowski with his collaborators and students are shortly presented.

More
©Text is available under the terms and conditions of the Creative Commons-Attribution ShareAlike (CC BY-SA) license; additional terms may apply. By using this site, you agree to the Terms and Conditions and Privacy Policy.
Upload a video for this entry
Information
Subjects: Materials Science, Coatings & Films
Contributor MDPI registered users' name will be linked to their SciProfiles pages. To register with us, please refer to https://encyclopedia.pub/register :
Lech Pawlowski
View Times: 304
Revisions: 3 times (View History)
Update Time: 07 Dec 2020
Table of Contents
1000/1000
Hot Most Recent