+1 point
Thank you for your contribution! You can also upload a video entry related to this topic through the link below: https://encyclopedia.pub/user/video_add?id=33832
Check Note
2000/2000
Acinonychini

Edit
Upload a video
The content is sourced from: https://handwiki.org/wiki/Biology:Acinonychini

The feline tribe Acinonychini contains three genera, each with one extant species: the cougar in Puma, the jaguarundi in Herpailurus, and the cheetah in Acinonyx. In addition, a handful of extinct fossil species have been found in Eurasia and the Americas. The evolutionary relationships of these cats still needs to be worked out, with the main focus being the placement of the extinct species in relation to the extant species, and where cheetahs evolved. While cheetahs and cougars are sometimes considered big cats, as felines, they are more closely related to domestic cats than they are to pantherines such as lions and leopards.

Prior to the mid-1990s, the cheetahs were placed in the monotypic subfamily Acinonychinae due to their anatomical specializations for their cursorial nature. Both the cougar and jaguarundi were classified in the genus Felis along with most of the purring cats. In the 1990s, the first molecular evidence based on mitochondrial DNA, nuclear DNA and chromosomal data found that the cheetah is nested among the purring cats, with cougars and jaguarundis their closest relatives.[1][2][3] As a result, cougars and jaguarundis were reclassified in the genus Puma and Acinonychinae is recognized as a junior synonym of Felinae.[4] More advanced molecular studies based on genomic data has found strong support for this grouping. According to the current data, acinonychins diverged from other cats around 6.7 million years ago. The cheetah was the first to diverge from Puma around 4.9 million years ago. From there the cougar and jaguarundi split off 4 million years ago.[5][6][7] In addition to the molecular work, various morphological studies that focused on the cranium have supported the relationship between Puma and Acinonyx.[8][9] While the jaguarundi is classified in the genus Puma, the species differs from cougars due to size and anatomical differences, which results in some authors placing them in their own genus, Herpailurus.[10]

Below is a phylogeny of the extant species. 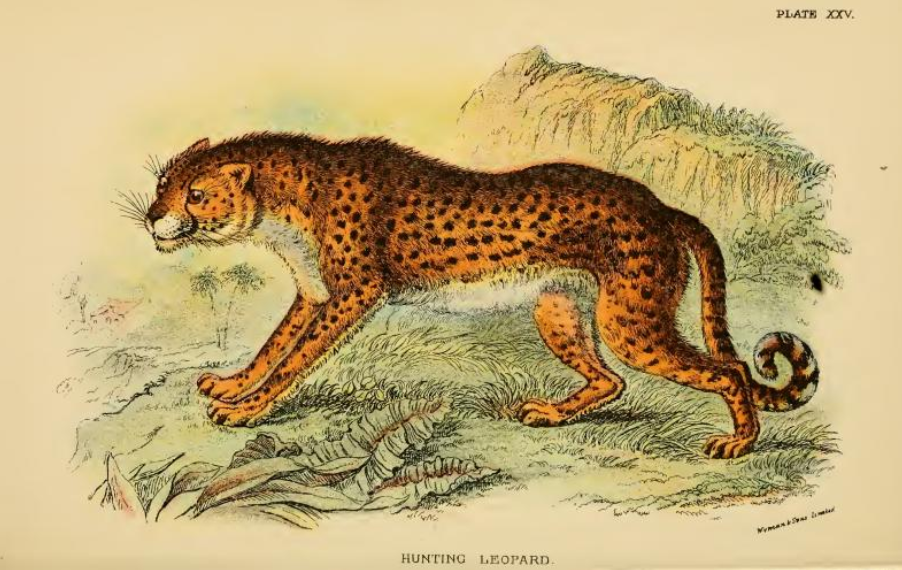 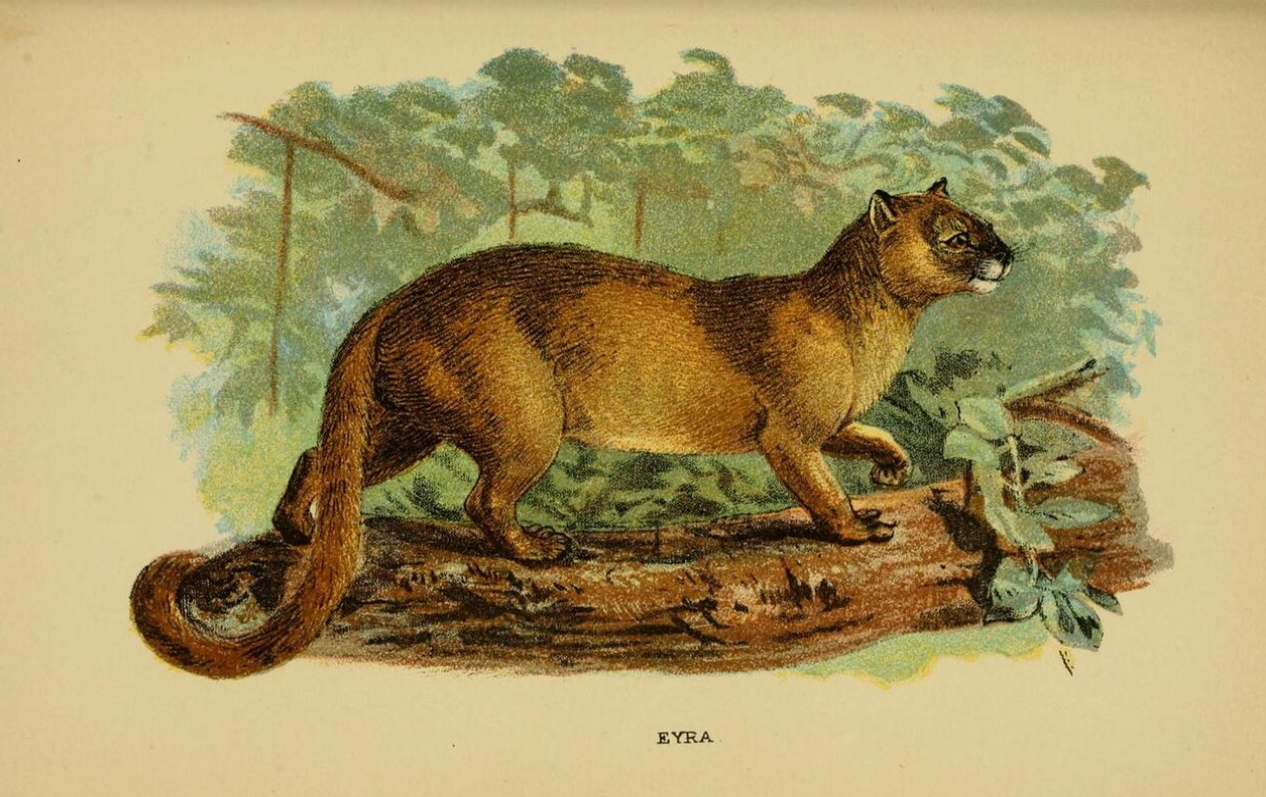 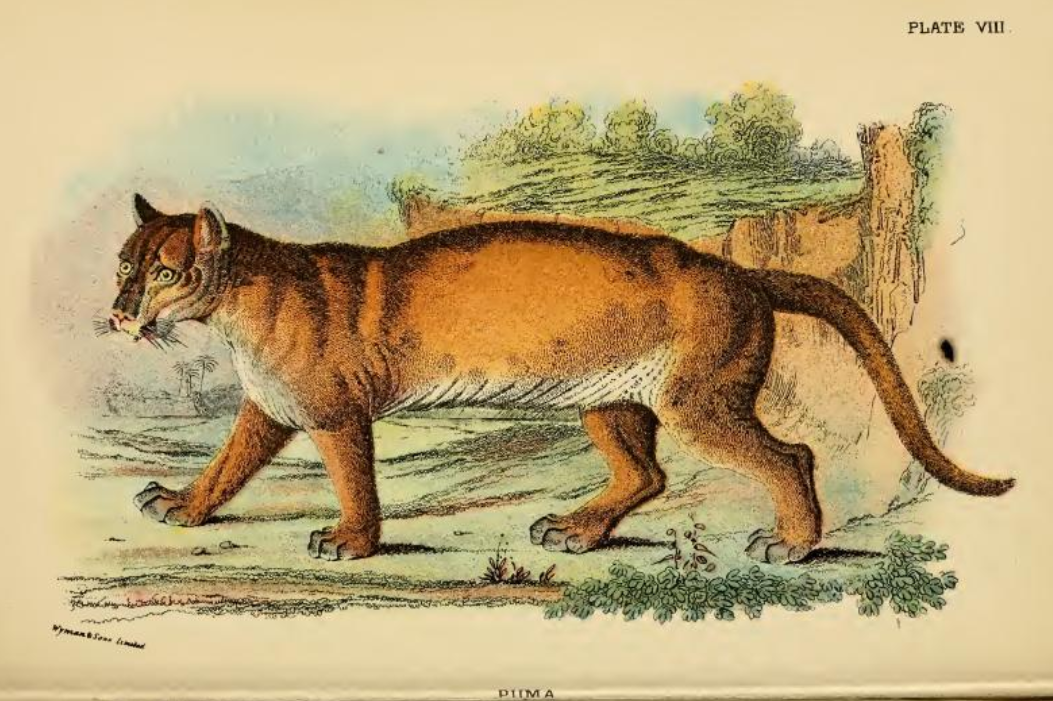 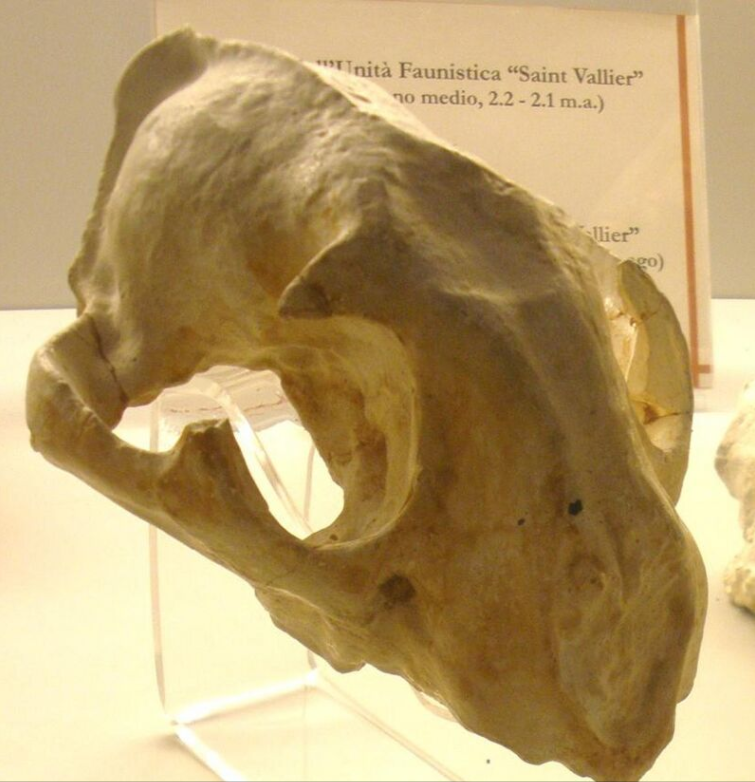 The fossil record of cheetahs and pumas is relatively well known, though there have been times of uncertainty and misplacing species in different genera. For example, the extinct Puma pardoides was originally classified as two separate species of fossil leopards, Panthera pardoides and Panthera schaubi. It became apparent that two species were the same animal, and, based on features in the skull, that the species was more closely related to the cougar.[11][12] This is also the oldest known member of the genus Puma with specimens found in the Pliocene-Pleistocene boundary lines in Western Europe.[13] This suggests that Puma first appeared in Eurasia and then have migrated at some point in the Americas to diversify into the two extant species 4 million years ago. In 2015, scientists found that the extinct Puma pumoides was an intermediate species between the cougar and the jaguarundi, being an animal that was closer to body size of the former species but anatomically closer to the latter species.[14] 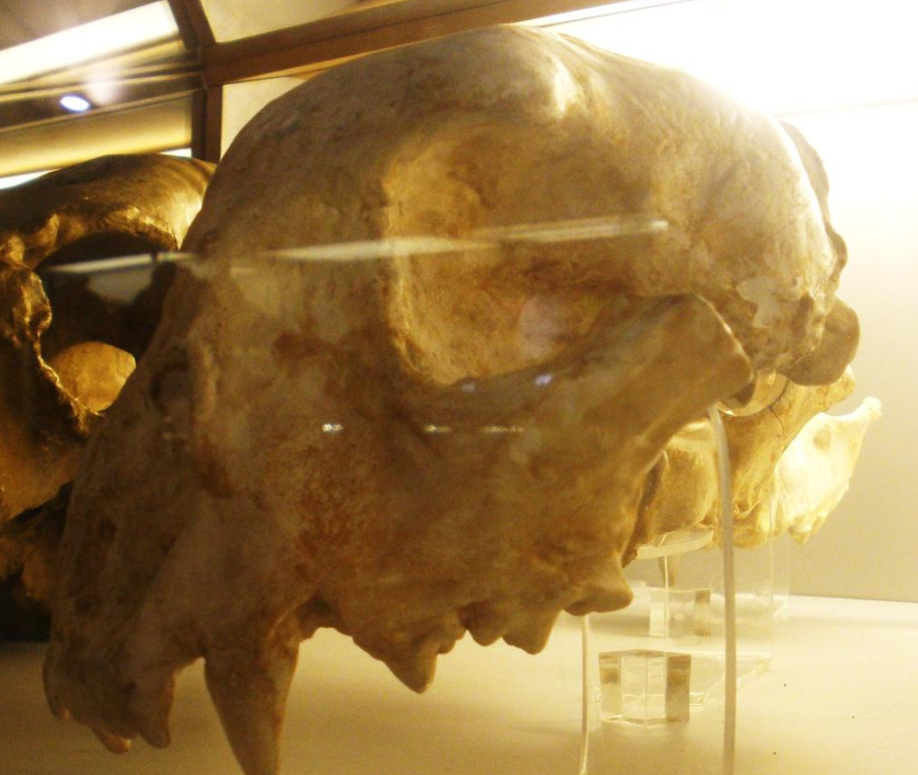 The extinct cheetah genus Sivapanthera has occasionally been considered to be a junior synonym of Acinonyx as the two genera are nearly identical, barring the robust, stout, and larger body size of Sivapanthera.[15][16] Fossil cheetahs of both Sivapanthera and Acinonyx have been found in Africa and Eurasia. The number of recognized cheetah species that existed varies among scientists from two to six, possibly eleven species.[17][18]

Perhaps the most controversial among the acinonychines are the so-called "American cheetahs" of the extinct genus Miracinonyx. There were two species of American cheetahs, M. trumani and M. inexpectatus. Initially thought to be closely related to Puma, in the 1970s researchers had placed Miracinonyx as either a subgenus of Acinonyx or a distinct genus related to cheetahs. This was based on similarities on in the skull and jaw structure, and the arrangement of the teeth. It was then postulated that cheetahs had originated from North America and migrated to Eurasia and Africa.[19] More complete specimens discovered in 1990, however, have shown that while Miracinonyx skull and body proportions do resemble cheetahs, the postcranial skeleton shows closer affinity to Puma and perhaps Sivapanthera.[20] A 2005 study examining mitochondrial DNA and re-analyzing morphology found that Miracinonyx is nested within Puma, as M. trumani and M. inexpectatus were found to be more closely to cougars than either of them to cheetahs.[21] A more comprehensive genomic study also strongly supported the convergence between Old World and American cheetahs.[22] This implies that Old World cheetahs and American cheetahs had undergone convergent evolution with each other and only pumas have colonized the Americas. Therefore, Puma is not a natural genus meaning that either Miracinonyx is a subgenus of Puma, or scientists would have to reevaluate P. pardoides as Viretailurus pardoides and P. pumoides and P. yagouaroundi as Herpailurus pumoides and H. yagouaroundi respectively in order to make Miracinonyx distinctive. Those who still support Miracinonyx being related to cheetahs question the strength of the molecular data, suggesting evidence of molecular homoplasy.[23]

Below is the current understanding of the phylogeny of acinonychin genera. 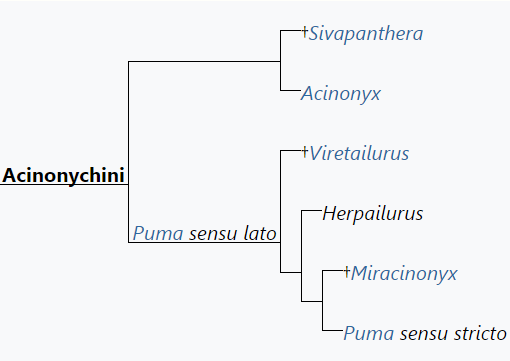 Below is a listing of species and subspecies and their assignment to genera.[24][25]

More
©Text is available under the terms and conditions of the Creative Commons-Attribution ShareAlike (CC BY-SA) license; additional terms may apply. By using this site, you agree to the Terms and Conditions and Privacy Policy.
Upload a video for this entry
Information
Subjects: Others
Contributor MDPI registered users' name will be linked to their SciProfiles pages. To register with us, please refer to https://encyclopedia.pub/register :
HandWiki
View Times: 19
Entry Collection: HandWiki
Revisions: 2 times (View History)
Update Time: 10 Nov 2022
Table of Contents
1000/1000
Hot Most Recent