Submitted Successfully!
Thank you for your contribution! You can also upload a video entry related to this topic through the link below:
https://encyclopedia.pub/user/video_add?id=3379
Check Note
2000/2000
Red Macroalgae
Edit
Upload a video
This entry is adapted from 10.3390/molecules25194411

Red Seaweed “Rhodophyta” are an important group of macroalgae that include approximately 7000 species. They are a rich source of structurally diverse bioactive constituents, including protein, sulfated polysaccharides, pigments, polyunsaturated fatty acids, vitamins, minerals, and phenolic compounds with nutritional, medical, and industrial importance. Polysaccharides are the main components in the cell wall of red algae and represent about 40–50% of the dry weight, which are extensively utilized in industry and pharmaceutical compounds, due to their thickening and gelling properties. The hydrocolloids galactans carrageenans and agars are the main red seaweed cell wall polysaccharides, which had broad-spectrum therapeutic characters. Generally, the chemical contents of seaweed are different according to the algal species, growth stage, environment, and external conditions, e.g., the temperature of the water, light intensity, nutrient concentrations in the ecosystem. Economically, they can be recommended as a substitute source for natural ingredients that contribute to a broad range of bioactivities like cancer therapy, anti-inflammatory agents, and acetylcholinesterase inhibitory. This entry touches on the main
points of the pharmaceutical applications of red seaweed, as well as the exploitation of their specific compounds and secondary metabolites with vital roles.

‏Macroalgae are macroscopic benthic marine algae (seaweed) living in the intertidal zone. They are characterized by autotrophic nutrition and fast-growth; they do not need land for cultivation and their growth rate is faster than terrestrial plants [1].

Red seaweed are the critical source of numerous bioactive compounds, in contrast with the other two groups of green and brown seaweed like polysaccharides “floridean starch and sulfated galactans, such as carrageenans or agars”, minerals, unsaturated fatty acids, amino acids, vitamins, phycobiliproteins, other pigments, phycolectins and mycosporine-like amino acids, which have many biological and industrial applications [2][3].

The protein content in red seaweed varied between 10–50% of the dry weight and being higher than macroalgal groups and some foods [4]. In addition, they contain the essential amino acid, about 25–50% of the total amino acids, is like other protein sources like leguminous plants [4].

Red and green seaweed contain the largest amount of phenolic compounds like flavonoids, phenolics acids, and bromophenols, which had different medical applications, due to the reaction of these components with proteins, e.g., enzymes or cellular receptors. While, phlorotannins, are the major polyphenolic secondary compounds synthesized only in marine brown seaweed [5].

For decades and at present, seaweed is used in food in many countries, as well as in traditional drugs and cosmetics, due to their richness in natural metabolites. The therapeutic trend has begun searching forward for new medications from natural products like algae. Since ancient times, macroalgae are used for treating different diseases. The approximate numbers of biochemicals are more than up 700 from red species. The majority of these contents have shown promising biological abilities, including antimicrobial, antiviral, antitumor, antioxidant, anticoagulant, anti-inflammatory, antidiabetic, antiallergic, and analgesics efficiencies [5][6].

Obesity is excessive fat accumulation, and is known to increase the risk of many dangerous diseases like type II diabetes, hypertension, hyperlipidemia, and cardiovascular diseases. Obesity is gaining increased attention because of the high expense and dangerous symptoms of anti-obesity drugs. Rhodophyta species were shown to have anti-obesity properties [7].

Generally, marine algal polysaccharides are considered to be dietary fibers so they are not digested by humans [11]; hence SPs can hinder adipogenesis through the mitogen activated protein kinase (MAPK) in 3T3-L1 pre-adipocytes [12].

Seaweed exhibits significant anti-hypertensive activities [13]. Macroalgae consumption led to decreased blood pressure, which might be linked to the hypotensive effects of the dietary fiber and their rich nitrate content [14]. The antihypertensive effects of macroalgal peptides maintained a healthy heart by stimulating circulation in the blood vessels, and avoiding deadly conditions, such as heart breakdown, atherosclerosis, and peripheral vascular disease [15]. 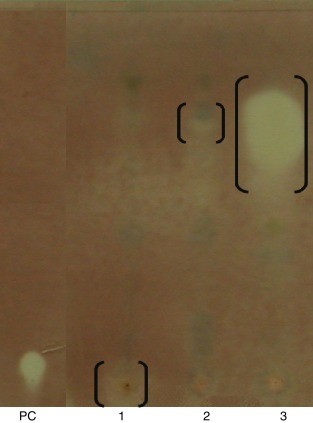 Some red seaweed species synthesize homotaurine, aminosulfonate compounds, which could be a promising medicine for Alzheimer’s disease prevention [22].

Macroalgae metabolites reduced the appearance of redness and blemishes, the appearance of sun damage, brightening, re-mineralizing, hydrating and firming skin [23]. They have a reaction mechanism toward the hazardous ultraviolet ‘UV-A and -B’ impacts via delivering phenolic compounds, mycosporine, amino acid, and carotenoids, which act as UV-absorbing [24]. The extracts of red seaweed Asparagopsis armata, Gelidium  corneum, Corallina officinalis had skin softness, whitening/lightening, and elasticity restoring anti-aging properties so they can be used as skincare products including creams, oil, soap, mask, or lotion [25]. Agarose from Gracilaria cornea and G.; lemaneiformis are used for skin whitening, due to its anti-melanogenic activity by inhibiting melanin synthesis [26][27]. Fatty acid-like palmitic acid and its derivated ascorbyl palmitate from seaweed are used in cosmetics as emulsifiers and antioxidant agents for anti-wrinkle and anti-aging characteristics [28]. Amino acid extracted from Asparagopsis armata is inserted in some anti-aging lotions [29]. Mycosporine from different Rhodophyta species act as photoprotective substances for skin care products with antioxidant properties [3].

There are some species from Rhodophyta whose feasibility medical potential is higher, like Gracilaria spp., Pterocladia spp. Jania spp. and Corallina spp. Due to the economic importance of seaweed, more studies should be undertaken, focusing on improving seaweed production on a large scale by adjusting the culture conditions. Cultivation of economic species in seaweed aquaculture may be the future road for the sustainability of seaweed and controlling the production of active compounds. Optimization extraction methods, purification, and fractionation of bioactive compounds led to the production of more active and safe compounds. Therefore, more clinical studies should be carried out on a large scale for economic production.

More
© Text is available under the terms and conditions of the Creative Commons Attribution (CC BY) license; additional terms may apply. By using this site, you agree to the Terms and Conditions and Privacy Policy.
Upload a video for this entry
Information
Subjects: Chemistry, Medicinal
Contributor MDPI registered users' name will be linked to their SciProfiles pages. To register with us, please refer to https://encyclopedia.pub/register :
Mona Ismail
View Times: 533
Revisions: 2 times (View History)
Update Time: 07 Dec 2020
Table of Contents
1000/1000
Hot Most Recent