+1 point
Thank you for your contribution! You can also upload a video entry related to this topic through the link below: https://encyclopedia.pub/user/video_add?id=32056
Check Note
2000/2000
Organic Peroxide

Edit
Upload a video
The content is sourced from: https://handwiki.org/wiki/Chemistry:Organic_peroxide

Organic peroxides are organic compounds containing the peroxide functional group (ROOR′). If the R′ is hydrogen, the compounds are called hydroperoxides, which are discussed in that article. Peresters are the peroxy analog of esters and have general structure RC(O)OOR. The O−O bond of peroxides easily breaks, producing free radicals of the form RO• (the dot represents an unpaired electron). Thus, organic peroxides are useful as initiators for some types of polymerisation, such as the epoxy resins used in glass-reinforced plastics. MEKP and benzoyl peroxide are commonly used for this purpose. However, the same property also means that organic peroxides can either intentionally or unintentionally initiate explosive polymerisation in materials with unsaturated chemical bonds, and this process has been used in explosives. Organic peroxides, like their inorganic counterparts, are powerful bleaching agents.

Major classes of organic peroxides include:

These compounds occur in nature or are useful in commercial settings. Still other more specialized peroxy compounds are known.[1]

Peroxides play important roles in biology. Many aspects of biodegradation or aging are attributed to the formation and decay of peroxides formed from oxygen in air. Countering these effects is an array of biological and artificial antioxidants.

Hundreds of peroxides and hydroperoxides are known, being derived from fatty acids, steroids, and terpenes. Fatty acids form a number of 1,2-dioxenes. The biosynthesis prostaglandins proceeds via an endoperoxide, a class of bicyclic peroxides.[4] In fireflies, oxidation of luciferins, which is catalyzed by luciferases, yields a peroxy compound 1,2-dioxetane. The dioxetane is unstable and decays spontaneously to carbon dioxide and excited ketones, which release excess energy by emitting light (bioluminescence).[5]

Loss of CO2 of a dioxetane, giving rise to an excited ketone, which relaxes by emitting light. https://handwiki.org/wiki/index.php?curid=1145261 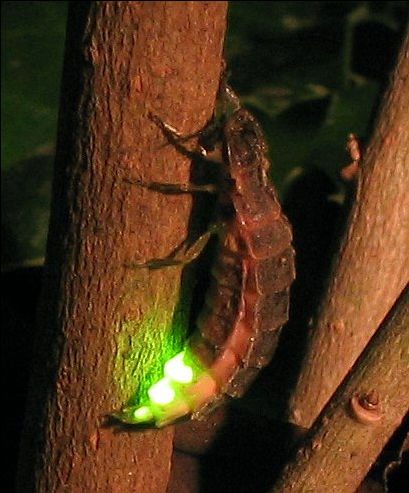 Dibenzoyl peroxide is used as a radical initiator and to assist polymerization of acrylates. Industrial resins based on acrylic and/or methacrylic acid esters are invariably produced by radical polymerization with organic peroxides at elevated temperatures.[6] The polymerization rate is adjusted by suitable choice of temperature and type of peroxide.[7]

Methyl ethyl ketone peroxide, benzoyl peroxide and to a smaller degree acetone peroxide are used as initiators for radical polymerisation of some resins, e.g. polyester and silicone, often encountered when making fiberglass. Pinane hydroperoxide is used in production of styrene-butadiene (synthetic rubber).

Benzoyl peroxide and hydrogen peroxide are used as bleaching and "maturing" agents for treating flour to make its grain release gluten more easily; the alternative is letting the flour slowly oxidize by air, which is too slow for the industrialized era. Benzoyl peroxide is an effective topical medication for treating most forms of acne.

Dialkylsulfates react with alkaline hydrogen peroxide.[8] In this method, the alkyl sulfate donates the alkyl group and the sulfate ion forms the leaving group:

This method can also yield cyclic peroxides.[9] The four-membered dioxetanes can be obtained by 2+2 cycloaddition of oxygen to alkenes.[10]

Hydroperoxides are intermediates or reagents in major commercial processes. Acetone and phenol are produced by decomposition of cumene hydroperoxide, the Hoch reaction (Me = methyl):

Organoperoxides can be reduced to alcohols with lithium aluminium hydride, as described in this idealized equation:

Some peroxides are drugs, whose action is based on the formation of radicals at desired locations in the organism. For example, artemisinin and its derivatives, such as artesunate, possess the most rapid action of all current drugs against falciparum malaria.[11] Artesunate is also efficient in reducing egg production in Schistosoma haematobium infection.[12] 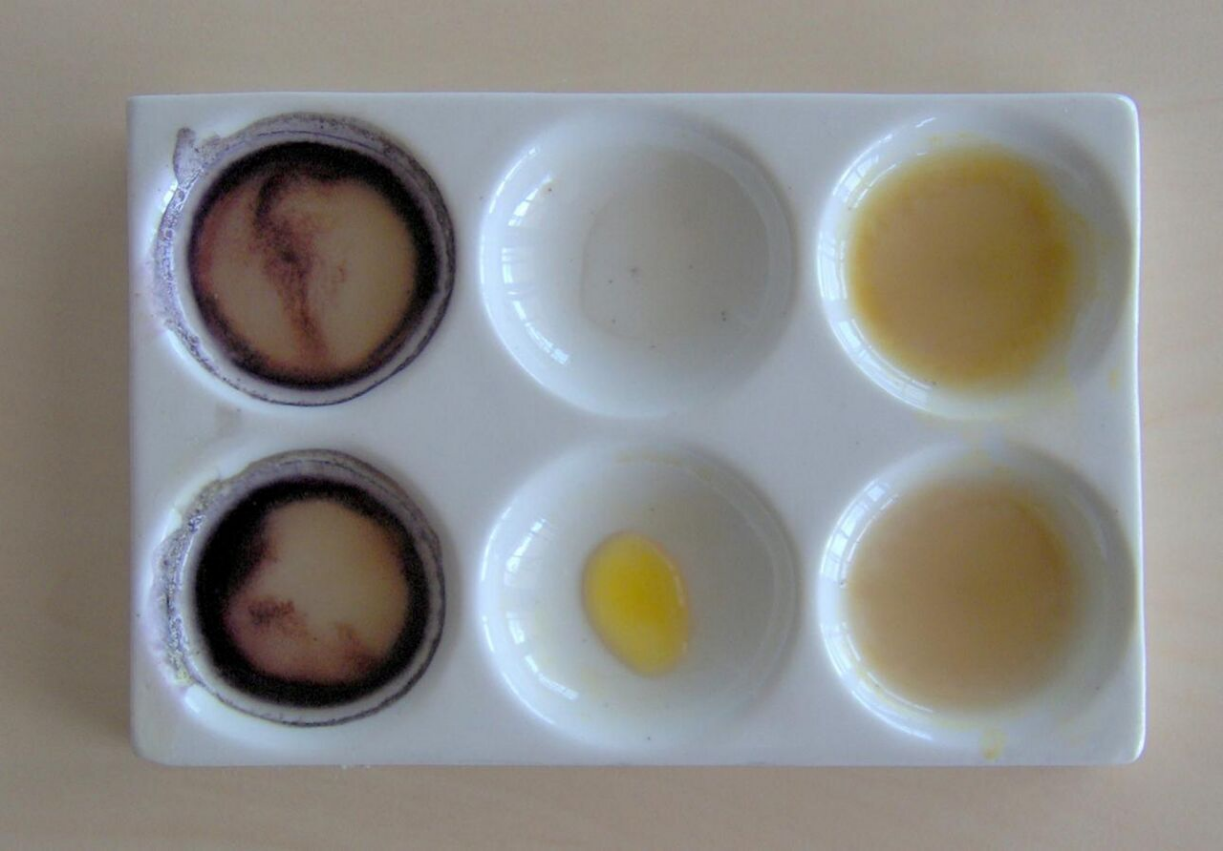 Several analytical methods are used for qualitative and quantitative determination of peroxides.[13] A simple qualitative detection of peroxides is carried out with the iodine-starch reaction.[14] Here peroxides, hydroperoxides or peracids oxidize the added potassium iodide into iodine, which reacts with starch producing a deep-blue color. Commercial paper indicators using this reaction are available. This method is also suitable for quantitative evaluation, but it can not distinguish between different types of peroxide compounds. Discoloration of various indigo dyes in presence of peroxides is used instead for this purpose.[15] For example, the loss of blue color in leuco-methylene blue is selective for hydrogen peroxide.[16]

The term active oxygen is used to specify the amount of peroxide present in any organic peroxide formulation. One of the oxygen atoms in each peroxide group is considered "active". The theoretical amount of active oxygen can be described by the following equation:[19]

where p is the number of peroxide groups in the molecule, and m is the molecular mass of the pure peroxide.

Organic peroxides are useful in chemical synthesis due to their propensity to decompose. In doing so they generate useful radicals that can initiate polymerization to create polymers, modify polymers by grafting or visbreaking, or cross-link polymers to create a thermoset. When used for these purposes, the peroxide is highly diluted, so the heat generated by the exothermic decomposition is safely absorbed by the surrounding medium (e.g. polymer compound or emulsion). But when a peroxide is in a more pure form, the heat evolved by its decomposition may not dissipate as quickly as it is generated, which can result in increasing temperature, which further intensifies the rate of exothermic decomposition. This can create a dangerous situation known as a self-accelerating decomposition. 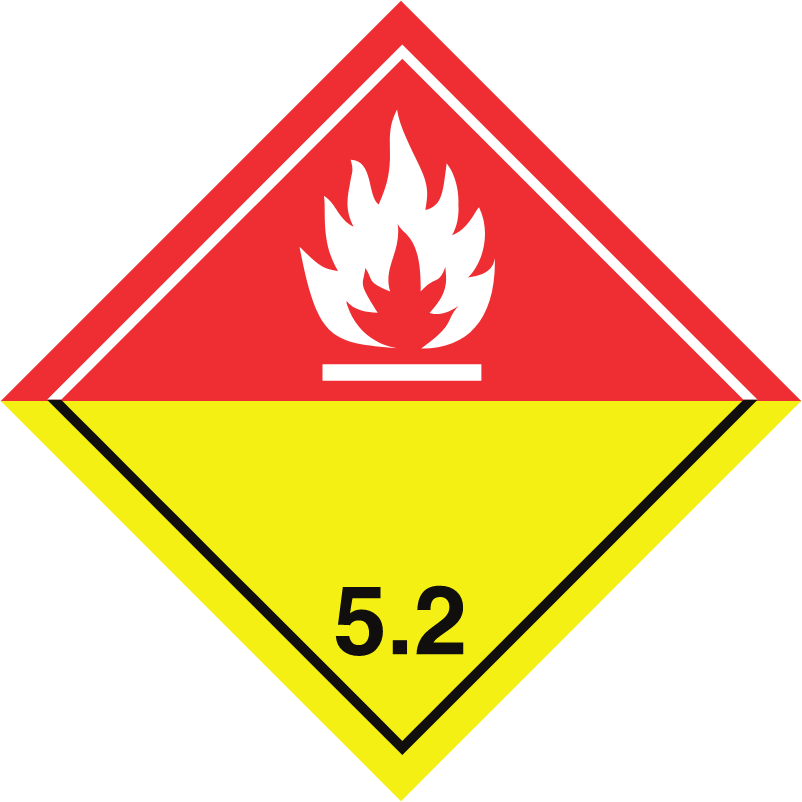 Peroxides are also strong oxidizers and easily react with skin, cotton and wood pulp.[20] For safety reasons, peroxidic compounds are stored in a cool, opaque container, as heating and illumination accelerate their chemical reactions. Small amounts of peroxides, which emerge from storage or reaction vessels are neutralized using reducing agents such as iron(II) sulfate. Safety measures in industrial plants producing large amounts of peroxides include the following:

1) The equipment is located within reinforced concrete structures with foil windows, which would relieve pressure and not shatter in case of explosion.

2) The products are bottled in small containers and are moved to a cold place promptly after the synthesis.

3) The containers are made of non-reactive materials such as stainless steel, some aluminium alloys or dark glass.[21]

The shipping of organic peroxides is restricted. The US Department of Transportation lists organic peroxide shipping restrictions and forbidden materials in 49 CFR 172.101 Hazardous Materials Table based on the concentration and physical state of the material:

More
©Text is available under the terms and conditions of the Creative Commons-Attribution ShareAlike (CC BY-SA) license; additional terms may apply. By using this site, you agree to the Terms and Conditions and Privacy Policy.
Upload a video for this entry
Information
Subjects: Chemistry, Organic
Contributor MDPI registered users' name will be linked to their SciProfiles pages. To register with us, please refer to https://encyclopedia.pub/register :
HandWiki
View Times: 25
Entry Collection: HandWiki
Revision: 1 time (View History)
Update Time: 31 Oct 2022
Table of Contents
1000/1000
Hot Most Recent