Submitted Successfully!
Thank you for your contribution! You can also upload a video entry related to this topic through the link below:
https://encyclopedia.pub/user/video_add?id=3017
Check Note
2000/2000
5HTTLPR Genetic Variant
Edit
Upload a video
This entry is adapted from 10.3390/genes11111260

Major Depressive Disorder (MDD) is a disease that involves biological, psychological, and social interactions. Studies have shown the importance of genetics contribution to MDD development. The SCL6A4 protein (5HTTLPR) functions transporting serotonin, a neurotransmitter linked to mood and emotion, to the synaptic cleft. Hence, this study seeks a better comprehension of the 5HTTLPR genetic variant association with MDD and its influence nervous system through a literature review.

Characterized by sadness, loss of interest or pleasure, feelings of guilt or low self-esteem, altered sleep and appetite, tiredness or lack of concentration, depression is a common mental disorder and one of the foremost causes of disability worldwide[1][2][3][4]. It tends to affect more women than men and may lead to suicide[1].

The causes of Major Depressive Disorder (MDD) are compound and far from being understood, as it involves biological, psychological, and social interactions. The genetic contribution to MDD is approximately 35%, with heredity having the highest percentage. These findings suggest that different genetic variables may contribute to the risk of developing MDD[5][6][7][8].

The 5-hydroxytryptamine transporter (5HTT), encoded by SLC6A4 (solute carrier family 6, member 4), also known as sodium-dependent serotonin transporter, is found in the plasmatic membrane and transports the neurotransmitter serotonin from the synaptic cleft into presynaptic neurons for recycling, thus terminating its action [9,10]. Hence, 5HTT is involved in the serotonergic neurotransmission regulation by mediating the serotonin availability to other serotonergic systems[9][10].

5HTTLPR-VNTR is one of the described genetic variants of the SLC6A4 gene. Located on human chromosome 17q11.2, this polymorphism is biallelic with a 44 bp insertion/deletion flanking the 5′ promoter region of the gene that gives rise to two different alleles: a long allele (Long, L), which contain the insertion, and a short allele (Short, S), which contain the deletion[9][11][12]. Population genetic studies have shown that the S allele presence decreases the 5HTT promoter gene’s transcriptional efficiency, resulting in a lower serotonin transporter binding and its uptake[13]. Accordingly, this genetic alteration may increase the risk of susceptibility to psychiatric disorders, such as MDD[13].

Along with the extensively studied 5HTTLPR-VNTR, the single nucleotide polymorphisms (SNP) rs25531 and rs25532, which refer to the same nucleotide located within the promoter region (5HTTLPR), implements a new variation into the allelic frequency and contributes to the alteration of the protein functionality[14]. The SNP rs25531 can modify the S allele and the L allele of the 5HTTLPR-VNTR variant, leading to allelic subtypes' appearance: Sa, Sl, La, Lg. The substitution of the nucleotide base (A/G) influences the transcriptional regulator AP2 (activation protein 2) functionality that normally acts as an activator or repressor of transcription. In the S, La, and Lg alleles, this SNP creates an AP2 binding site that exerts a repressive role on the SLC6A4 promoter activity, hence suppressing SLC6A4 transcription[14][15][16].

Genetic variants may change according to the studied population. Accordingly, when analyzing the 5HTTLPR-VNTR variant in the selected articles, the S allele had a higher genotypic frequency. Whereas in the 5HTTLPR-rs25531 variant, the heterozygous LS genotype was the most frequent (Figure 1). As the 5HTTLPR-rs25531 variant can be present in the 5HTTLPR-VNTR variant, the authors grouped the variants to facilitate comprehension. According to Tatham et al.[17], the L’L’ group represents LA/LA; L’S’ represents a long allele and an efficient transcription (La/Lg or La/Sa) allele; and S’S’ represents two alleles with low transcriptional efficiency (Sa/Sa; Lg/Sa or Lg/Lg). While, Kao et al.[18] classified the variants as: S’S’ (Lg/Lg + Lg/S + S/S); L’S’ (La/Lg + Lg/S); L’L’ (La/La). SL will be for 5 HTTLPR-rs25531 and LS for 5HTTLPR-VNTR to facilitate the readers’ understanding. 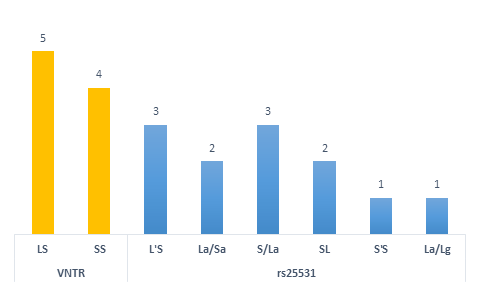 Figure 1. Genotypic distribution according to the number of articles found.

In general, the S allele is present in 42% of Caucasians and 79% of Asians, while the L allele is much more frequent in Western populations than in Asian populations[14]. A Caucasian population study with 46 MDD patients and ages between 19 to 58 years has shown that the S allele of the 5HTTLPR-VNTR variant may be related to the increased risk of depression by negatively affecting the serotonin reuptake rate due to its low expression[19]. Mendonça et al.[20], in a study developed in Brazil, had the S allele as the most frequent in their sample, a result similar to Murdoch et al.[21] study in an Asian population, in which more than 60% of the MMD samples had the present allele. Hence, the S allele may be related to the depressive risk, plausibly due to its adverse effects on the serotonin reuptake rate[14]. Nevertheless, Kao et al.[18] found no correlation between the S allele and the risk of developing depression.

According to Sun et al.[22], the combination of the short and long allele of 5HTTLPR-VNTR in heterozygous individuals has a statistically higher chance of MDD development (OR = 1.42, p = 0.02) than those with homozygous genotype. Similar results were found in Turkish[23], Mexican[24], and Indian[25] populations.

On the other hand, the 5HTTLPR-rs25531 variant expression is highly diversified among the distinct populations, as different genotypic frequencies may be detected within the same geographic region. These differing genotypic frequencies have been observed in studies in the North American population (Canada, United States of America, and Mexico) that demonstrated a variation in the SL genotypic domain[26][27], though this might also be due to the ethnicity variation in these regions.

The 5HTTLPR-rs25531 S/La genotype was the most prominent in a study by Camarena et al.[20] with Mexican individuals (53 research participants). Jaworska et al. [34], in a study with a Canadian population, obtained an equivalent result but with a sample size of 20 participants. In two separate studies, Tatham et al.[19][17] found the L’S’ domain, representing one high and one low transcriptionally efficient alleles in most of their studied population (La/Lg ou La/Sa). A comparable result was attained by Ramasubb et al.[28], in which the La/Sa genotype was also more frequent.

European studies are similar to the others, as they also found a higher frequency of the SL genotype[30]. By analyzing Dutch individuals’ genotypes, Fleurkens et al.[31] noted that 52% (n = 109) of the research participants had the La/Lg genotype. In another German study by Schneider et al.[32], however, the La/Sa genotype had a result similar to the study conducted in a Canadian population[19][17]. Thus, it can be inferred that these genotypes are found more frequently in those of European ancestry.

The tremendous genetic variability seen in these studies attests that the world population’s genetic dissimilarity. Hence, research into allelic variations in different populations’ genetic background is critical in understanding the existing diseases and assisting in their prevention and treatment in each society.

HTTLPR Variant and the Nervous System

According to Han et al.[35], L allele carriers, in the 5HTTLPR-VNTR variant, obtained a significant reduction in the right anterior midcingulate gyrus (p = 0.001) and the cortical (p = 0.001) volume, in comparison to S allele homozygous individuals. Through a surgical cut of both lateral bundles of this rotation, it is possible to interrupt the neural Papez circuit communication and reduce the level of pre-existing nervous depression and anxiety; it can also aid with obsessive-compulsive disorder (OCD) treatment, chemical addiction, and chronic pain[36]. Therefore, this volume reduction in the patient with the L allele is considered a “protective factor”[35]. In contrast, the SS homozygous depressed patients’ hippocampal volumes were smaller than healthy controls in both hemispheres [34]. The effects of the 5HTTLPR on hippocampal volumes were also detected in OCD patients[37].

Ancelin et al.[38] demonstrated that a lifetime of MDD was associated with persistent volume reductions in the deep nuclei, insular, thalamus, ventral diencephalon, pallidum, and nucleus accumbens and with a broader pericalcarine region in both men and women, and other gender and age-related changes. In regards to the 5HTTLPR genotype, Ancelin et al.[38] study found no significant volumetric differences according to 5HTTLPR within the groups with or without lifetime MDD but did find that the lifetime MDD and LL genotypes participants had smaller thalamus, while the lifetime MDD and SL genotypes participants had larger pericalcarine and lingual volumes compared with their non-MDD counterparts. Though these results should be taken into careful consideration as in younger populations, the S allele is perceived as a risk factor for mental and physical distress, whereas in older adults, the LL genotype appears to be a risk factor for those highly exposed to chronic disorders and severe stressors[39].

Tatham et al.[17], in separate studies, evaluated the integrity of the brain white matter and reported increased lesions in 5HTTLPR-VNTR S’L’ heterozygous patients when compared to SS and LL homozygous. Furthermore, the interaction between fractional anisotropy in the uncinated fascicle on the right and 5HTTLPR altered the percentage in the severity of depression[17]. Additionally, the putamen and left thalamus region in the La/La homozygotes of the 5HTTLPR-rs25531 variant had a higher volume than the SS homozygotes and La/S heterozygotes, which could negatively related to behavior, complex and sequential motor planning, learning, cognitive, and motivational direction, and, in some cases, surgery is needed[40].

Monoamine serotonin’s binding level to the 5HTT receptor is related to emotional processing, where a lower serotonin transporter binding is associated with psychiatric symptoms[26][41][42][43]. In a study coordinated by Schneck et al.[26], a higher reactivity of the right amygdala was associated with lower binding to the 5HTT raphe nucleus, but not to the 5HTTLPR genotype. Research on SLC6A4 AluJb methylation in MDD and amygdala reactivity, in addition to its associations with 5HTTLPR-rs25531 and stress, in depressed patients revealed that individuals with low methylation, in conjunction with a shorter MDD history and lower amygdala reactivity, may present an epigenetic process more adaptable to stress[13][14][32][44]. SLC6A4 hypermethylation has typically been described as independently associated with early stress and depressive disorders; though, very few studies address whether methylation can mediate the interaction between stress and 5HTTLPR in predicting psychopathological risk[13]. When assessing the association of raphe nuclei abnormal echogenicity in MDD patients’ brainstem, Kotisc et al.[30] detected a frequency of 66% of abnormality in MDD individuals.

In synthesis, the 5HTTLPR genetic variant, be it VNTR or rs25531, has some role in the Nervous System in MDD patients.

More
© Text is available under the terms and conditions of the Creative Commons Attribution (CC BY) license; additional terms may apply. By using this site, you agree to the Terms and Conditions and Privacy Policy.
Upload a video for this entry
Information
Subjects: Genetics & Heredity
Contributor MDPI registered users' name will be linked to their SciProfiles pages. To register with us, please refer to https://encyclopedia.pub/register :
Calliandra de Souza Silva
View Times: 176
Revisions: 2 times (View History)
Update Time: 18 Nov 2020
Table of Contents
1000/1000
Hot Most Recent