Submitted Successfully!
Thank you for your contribution! You can also upload a video entry related to this topic through the link below:
https://encyclopedia.pub/user/video_add?id=294
Check Note
2000/2000
BRP for Non-Residential Buildings
Edit
Upload a video
This entry is adapted from 10.3390/su12020642

According to its strategic long-term vision, Europe wants to be a climate-neutral economy by 2050 and buildings represent a sector with low-cost opportunities for high-level CO2 reduction. The main challenge is to increase the renovation rate of the existing building stock, which currently is around 1.2%/year. The ALliance for Deep RENovation (ALDREN) project developed a Holistic and reliable European Voluntary Certification Scheme to trigger deep renovation of non-residential buildings. The ALDREN approach is composed by a sum of protocols and tools with the goal of encouraging property owners to undertake renovation of existing buildings using a clear, robust, and comparable method using coherent and harmonized instruments, the so called ALDREN EPC and ALDREN Building Renovation Passport for non-residential buildings.

The directive 2018/844/EU introduced the voluntary tool of the Building Renovation Passport (BRP) in the framework of the Long Term Renovation Strategies (LTRS, Article 19a) as a possible support tool for the EPC with the main goal to provide and to identify renovation strategies in term of improving energy and comfort for the users. The ALDREN BRP focuses only on non-residential typologies in particular offices and hotels. Four are the main take-away points identified by the review of the state of the art on current BRP initiatives (Sesana and Salvalai, 2018) and on which the ALDREN approach has been based on:

In this framework and considering the above listed key points, the ALDREN Building Renovation Passport has been developed to become a coherent element in a common EU solution: an instrument complementary to the EPC (ALDREN EVC), that can stimulate cost-effective renovations in the form of long-term, step-by-step renovation roadmap for a specific building based on quality criteria and following an energy audit (ALDREN BuildLog) and outlining relevant measures and renovation actions RenoMap, as suggested by Directive 2018/844/EU Art 19a.

The whole ALDREN approach foresees three main phases that could be defined - with a similarity to the computer science — back-end, middleware, and front-end. The whole amount of raw data collected at the beginning of the process are joined into the ALDREN database and this corresponds to the higher LoI (back-end). Then continuing the path, in the middleware a first selection of data is performed to structure the whole spreadsheets of the ALDREN BRP digital version.The lowest LoI (front-end) is represented by the paper version of the ALDREN BRP. The possibility of having different versions of the BRP derived from the purpose to avoid the creation of a static instrument and to permit the data comprehension to different target groups in function of their needs and expertises.

The experts who that will be trained to apply the ALDREN approach will start the application of the approach using the excel file, having access to all the indicators collected since the databases, applying the respective protocols to manually insert the overall indicators into the excel worksheets. At the current project development, the final passage foresees the possibility of having both a paper and digital version. This user-friendly format has been chosen to increase the accessibility and feasibility of maintaining the data updates over time. Further options (i.e., implementation of the ALDREN BRP as a data layer into an open geo-mapping tool or the BSO) are currently under investigation.

The data flow of the ALDREN process and the preparation along the path of the ALDREN BRP has been represented in the graphic of Figure 2 as a time line.

The beginning of the process represents the up to date conditions of the non-residential building (step 0) and it is followed by the data collection (step 1). Once collected, all the data will be populated into the ALDREN BuildLog (step 2), which is automatically connected with the RenoMap (step 3) sharing some parameters and indicators as input-output between the different sheets of the ALDREN BRP (step 4). At this point, the owner or investor could apply the ERAs individuated within the RenoMap (step 5) and once the renovation actions has been applied, the ALDREN BRP data has to be updated both in ALDREN BuildLog (step 6) and also in the ALDREN RenoMap (step 7) and consequently a version 2 of the ALDREN BRP will be generated (step 8). The process will last through the time with the final target of NZEB for the building. 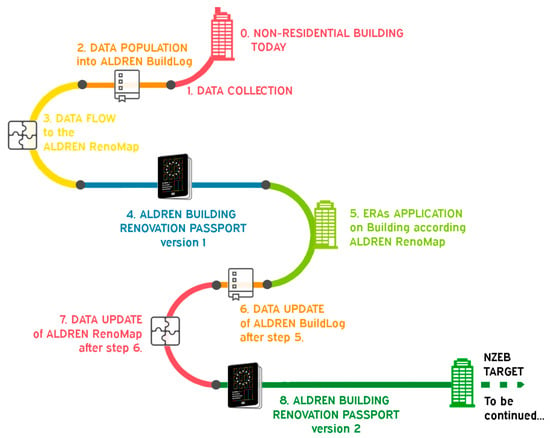 Figure 2. Graphical example of the ALDREN approach application and BRP updates through the time.

The BRP has been structured as a supporting tool for MSs to achieve higher and deeper renovation rates considering environmental, comfort, and economic performance all linked to specific renovation processes. The ALDREN Building Renovation Passport has the role of showing clearly to the owner and/or investor a clear picture of the current state of the building (ALDREN BuildLog), providing precise technical/economic information of future steps (ALDREN RenoMap) towards low energy consumption and high IAQ (Indoor air quality). The common language, on which the ALDREN BRP is based, allows comparing different buildings and projects over the lifetime and also gives a solid basis to communicate between owners, investors, maintenance people, and tenants, and to set targets and milestones based on the life time of the building and to follow subsequent targets.

Currently the ALDREN BRP and the respective protocols, on which the ALDREN method is based, are under testing on different pilot buildings (both hotels and office buildings) around Europe. Future works will present the results of this application in order to evaluate and validate the proposed structure of the Building Renovation Passport for non-residential buildings.

© Text is available under the terms and conditions of the Creative Commons Attribution (CC BY) license; additional terms may apply. By using this site, you agree to the Terms and Conditions and Privacy Policy.
Upload a video for this entry
Information
Subjects: Others ; Construction & Building Technology
Contributor MDPI registered users' name will be linked to their SciProfiles pages. To register with us, please refer to https://encyclopedia.pub/register :
Marta Maria Sesana
View Times: 809
Revisions: 3 times (View History)
Update Time: 01 Nov 2020
Table of Contents
1000/1000
Hot Most Recent