+1 point
Thank you for your contribution! You can also upload a video entry related to this topic through the link below: https://encyclopedia.pub/user/video_add?id=27953
Check Note
2000/2000
Zeta Ursae Majoris

Edit
Upload a video
The content is sourced from: https://handwiki.org/wiki/Astronomy:Zeta_Ursae_Majoris

Mizar is a 2nd magnitude star in the handle of the Big Dipper asterism in the constellation of Ursa Major. It has the Bayer designation ζ Ursae Majoris (Latinised as Zeta Ursae Majoris). It forms a well-known naked eye double star with the fainter star Alcor, and is itself a quadruple star system. The whole system lies about 83 light-years away from the Sun, as measured by the Hipparcos astrometry satellite, and is part of the Ursa Major Moving Group.

The traditional name Mizar derives from the Arabic المئزر miʼzar meaning 'apron; wrapper, covering, cover'.[1] In 2016, the International Astronomical Union organized a Working Group on Star Names (WGSN)[2] to catalog and standardize proper names for stars. The WGSN's first bulletin of July 2016[3] included a table of the first two batches of names approved by the WGSN; which included Mizar for ζ UMa. According to IAU rules, the name Mizar strictly only applies to component Aa,[4] although it is traditionally and popularly used for all four stars making up the single naked-eye star.[5][6] 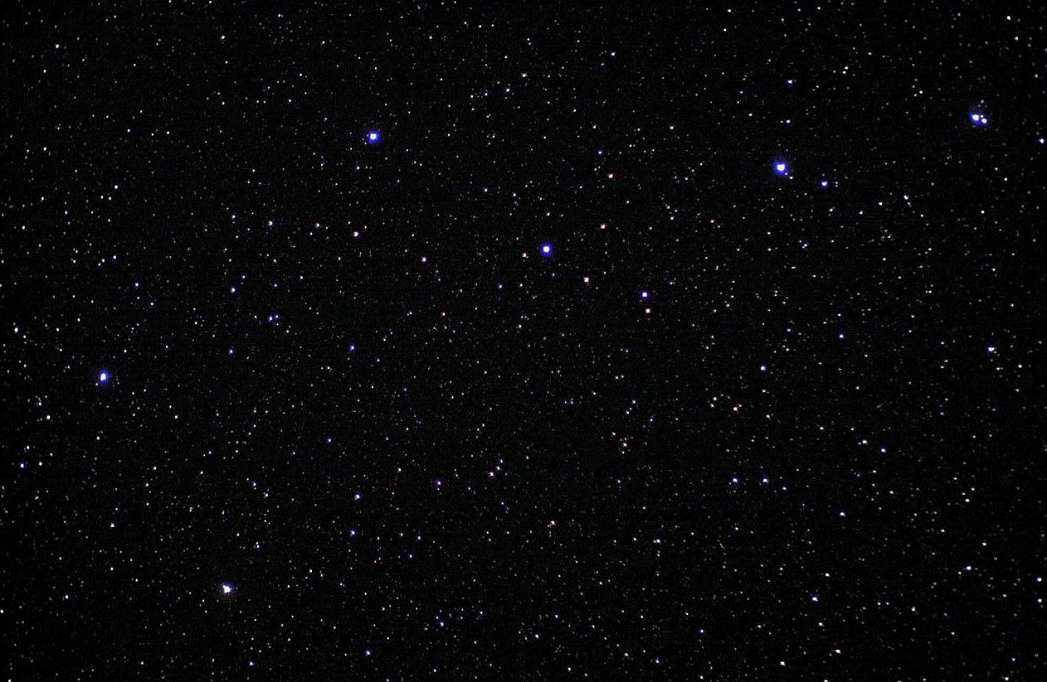 Figure 1. The Big Dipper's bowl and part of the handle photographed from the International Space Station. Mizar and Alcor are at the upper right. By NASA - http://spaceflight.nasa.gov/gallery/images/station/crew-6/html/iss006e40545.htmlTransferred from en.wikipedia to Commons. Transfer was stated to be made by User:Blast., Public Domain, https://commons.wikimedia.org/w/index.php?curid=3185602

Mizar is a visual double with a separation of 14.4 arcseconds, each of which is a spectroscopic binary. Its combined apparent magnitude is 2.04. The two visible stars are referred to as ζ1 and ζ2 Ursae Majoris, or Mizar A and B. The spectroscopic components are generally referred to as Mizar Aa, Ab, Ba, and Bb. The stars all share a single Hipparcos designation of HIP 65378, but separate Bright Star Catalogue and Henry Draper Catalogue entries. Mizar, together with Alcor and many of the other bright stars in Ursa Major, is a member of the Ursa Major Moving Group.[7]

An easily split visual target, Mizar was the first telescopic binary discovered, most probably by Benedetto Castelli who in 1617 asked Galileo Galilei to observe it. Galileo then produced a detailed record of the double star.[8] Later, around 1650, Riccioli wrote of Mizar appearing as a double.[9] The secondary star (Mizar B) comes within 380 AU of the primary (Mizar A) and the two take thousands of years to revolve around each other.[10]

Mizar A was the first spectroscopic binary to be discovered, as part of Antonia Maury's spectral classification work, and an orbit was published in 1890. Some spectroscopic binaries cannot be visually resolved and are discovered by studying the spectral lines of the suspect system over a long period of time. The two components of Mizar A are both about 35 times as bright as the Sun, and revolve around each other in about 20 days 12 hours and 55 minutes. In 1908, Mizar B was also found to be a spectroscopic binary, its components completing an orbital period every six months.[11] In 1996, 107 years after their discovery, the components of the Mizar A binary system were imaged in extremely high resolution using the Navy Prototype Optical Interferometer.[12] 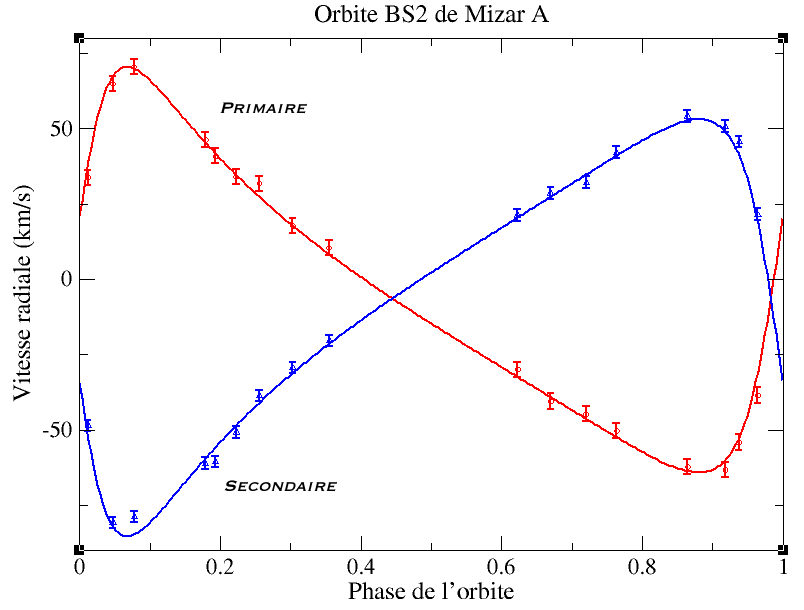 The spectral lines of the two stars can be observed separately and both are given a spectral type of A2Vp. They are Ap stars, chemically peculiar due to stratification of some heavy elements in the photosphere of slowly-rotating hot stars. In this case, they show elevated abundances of strontium and silicon.[13]

With the assumption of identical physical properties for the two stars, they both have temperatures of 9,000 K, radii of 2.4 R☉, and bolometric luminosities of 33.3 L☉.[14] They are thought to be around 370 million years old.[15]

ζ2 Ursae Majoris is a single-lined spectroscopic binary, and the visible spectrum is of an Am star, named for their unusually strong lines of some metals. The spectral type of kA1h(eA)mA7IV-V is in a form used for metallic-lined stars: the type is A1 based on the calcium K lines, early A based on the hydrogen lines, and A7 based on lines of other metals. The luminosity class is ranked between main sequence and subgiant.

Mizar is known as Vashistha one of the Saptarishi, in traditional Indian astronomy.[16]

Al-Sahja was the rhythmical form of the usual Suha. It appears as الخوّار al-Khawwar, 'the Faint One'.[5]

Mizar is Chickadee and Alcor is his cooking pot in the Mi'kmaq myth of the great bear and the seven hunters.[18]

More
©Text is available under the terms and conditions of the Creative Commons-Attribution ShareAlike (CC BY-SA) license; additional terms may apply. By using this site, you agree to the Terms and Conditions and Privacy Policy.
Upload a video for this entry
Information
Subjects: Astronomy & Astrophysics
Contributor MDPI registered users' name will be linked to their SciProfiles pages. To register with us, please refer to https://encyclopedia.pub/register :
HandWiki
View Times: 121
Entry Collection: HandWiki
Revision: 1 time (View History)
Update Date: 29 Sep 2022
Table of Contents
1000/1000
Hot Most Recent