+1 point
Thank you for your contribution! You can also upload a video entry related to this topic through the link below: https://encyclopedia.pub/user/video_add?id=27123
Check Note
2000/2000
Substituted Azobenzene Molecules with Antimicrobial Properties

Azo molecules, characterized by the presence of a -N=N- double bond, are widely used in various fields due to their sensitivity to external stimuli, ch as light. The emergence of bacterial resistance has pushed research towards designing new antimicrobial molecules that are more efficient than those currently in use. Many authors have attempted to exploit the antimicrobial activity of azobenzene and to utilize their photoisomerization for selective control of the bioactivities of antimicrobial molecules, which is necessary for antibacterial therapy.

Azo compounds are characterized by the presence of a -N=N- double bond to which two substituents, usually aromatic rings, are attached, making the azo compounds colourful and widely used as dyes. Today, azo dyes represent around 70% of total production and are used in printing, food, pharmaceutical and cosmetics industries [1][2][3].
They are also a well-known class of stimuli-responsive molecules [2][4][5][6]. Azobenzene can exist in two conformations, trans and cis, and their isomerization occurs upon irradiation with UV light or thermal activation. Cis to trans retro-isomerization can occur spontaneously in the dark, due to the higher stability of the trans isomer, or by exposure to visible light or heating. There are two main mechanisms by which isomerization can occur: rotation and inversion (Figure 1). The rotation process involves breaking the -N=N- double bond to allow free rotation around the single bond. The rotation results in the -C-N-C- dihedral angle changing, while an -N-N-C- angle remains fixed at 120°. In the inversion mechanism, an -N=N-C- angle increases to 180°, while the -C-N=N-C- dihedral angle remains fixed; this results in a transition state in which a nitrogen atom will be hybridized sp [7][8]. 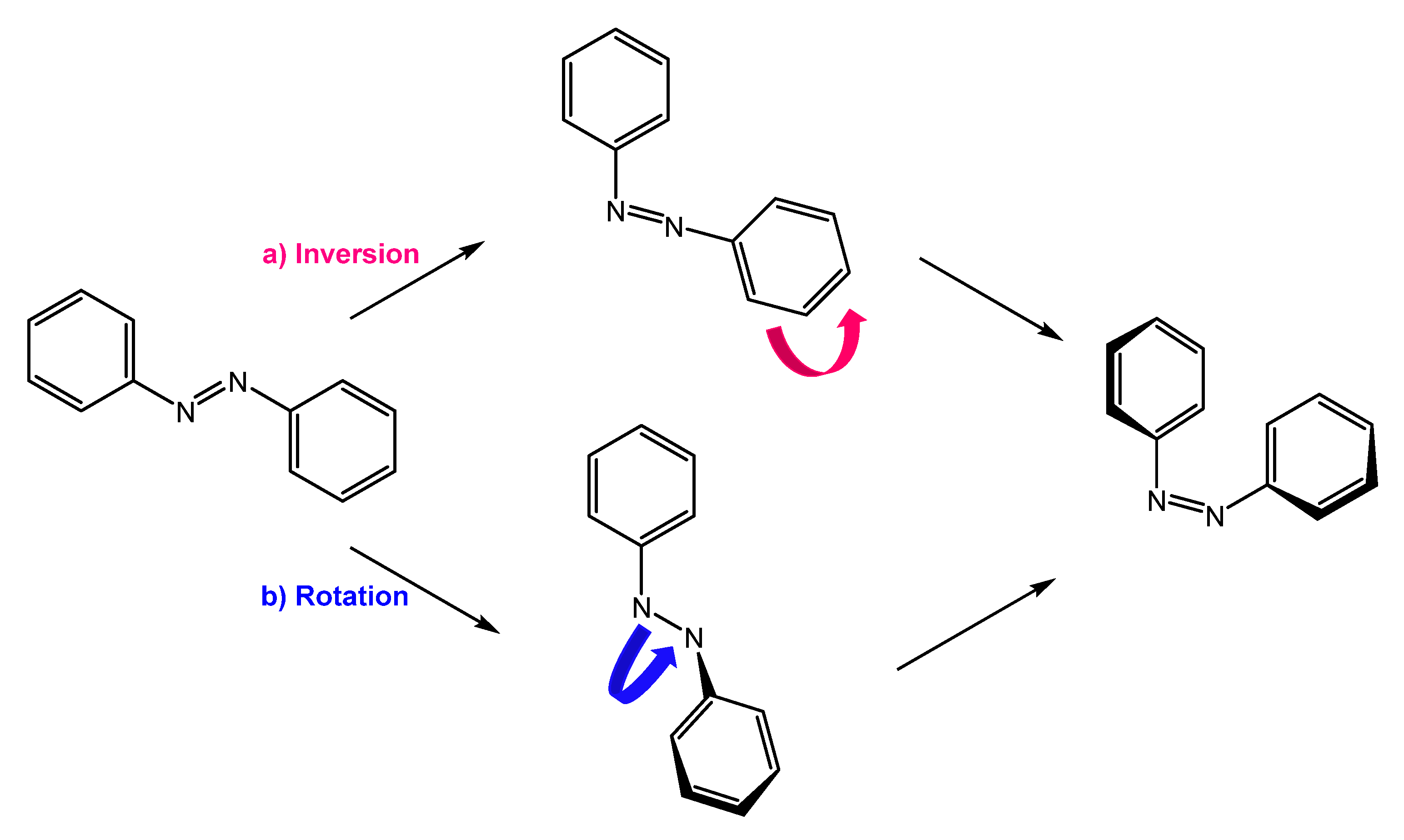 Figure 1. Isomerization by (a) inversion and (b) rotation mechanism.
The two isomers differ in their absorbance profile. The absorbance spectra of the trans isomer are characterized by two well-separated bands in the UV-visible region: an intense band around 300–350 nm corresponding to the π → π* transition and a weaker band in the visible region, max. 450 nm, which corresponds to the n → π* transition. In the cis isomer, the π → π* transition is weaker, while the band corresponding to the n → π* transition is strong [8].
Azobenzene is mainly obtained through an azo-coupling reaction (Figure 2), which consists of forming the diazonium salt (-N≡N+) from a primary aromatic amine under acid conditions in the presence of NaNO2. Then, the diazonium salt undergoes a coupling reaction in basic conditions to generate the azobenzene product [9]. 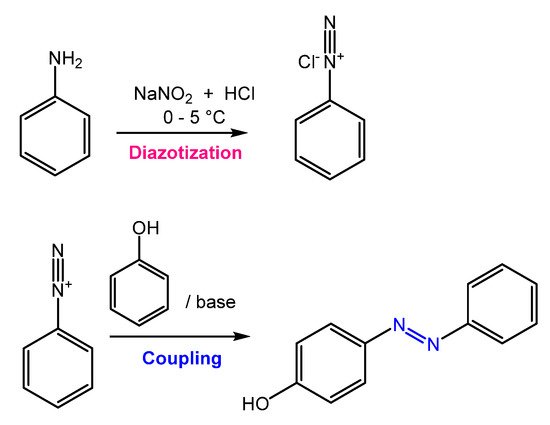 Figure 2. General scheme of the azo coupling reaction.
The isomerization of azobenzene is used as a tool to reversibly control the chemical, mechanical and/or electro-optical properties of various materials. For example, azobenzene derivatives have been used in the construction of optical switches, optical waveguides, and memory elements [4][6][10][11][12][13]. Furthermore, incorporating azobenzene in polymer chains has enabled the fabrication of photo responsive materials with macroscopic properties, that can be externally manipulated by light with high temporal and spatial control [5][14][15][16].
Recently, several studies based on the synthesis of azo compounds for their potential use in biomedical applications have been published [17][18][19]. Azo compounds can exhibit various biological activities such as antioxidant [20], antiviral [21][22], antimicrobial [23][24], anticancer [25], and antidiabetic activities [26].
Furthermore, it is reported that changes in the dipole moment and shape of azo compounds following isomerization can induce specific perturbations in biological media, such as the permeability of bacterial cell membranes [27]. On the other hand, the conformational switching of azobenzene has allowed to observe variations in the potency and efficacy of existing drugs modified with azo compounds, and to achieve the ability to modulate drug activity, thus reducing the possibility of drug resistance occurring [28][29]. The extreme ductility of azobenzene has also been exploited to functionalize polymeric materials and nanoparticles. Their incorporation has been used from time to time to develop photo responsive materials, or to control their antimicrobial activity, or to modify surface morphology.
Drug resistance is a continuously increasing problem, especially for some classes of bacteria classified as dangerous, such as Staphylococcus aureus, Klebsiella pneumoniae, Acinetobacter baumannii, and Pseudomonas aeruginosa e Mycobacterium tuberculosis. Rapidly evolving bacteria species are capable of inhibiting the pharmacological action of molecules through several types of mechanisms, such as enzymatic inactivation, modification of drug targets, or biofilm formation. The low affinity of drugs for the bacterial cell wall requires high concentrations and long-term treatments to achieve the desired benefits and performance, resulting in the occurrence of serious adverse events [18][30][31][32][33]. Therefore, it is essential to research and develop new, efficient, and non-toxic alternatives to antimicrobial drugs using known, active substances.

Some azobenzenes exhibit intrinsic antimicrobial activity depending on the type and position of substituents on the aromatic rings. In the literature, there is a discrete number of papers reporting the synthesis and study of differently substituted azobenzene with antimicrobial and genotoxic for bacteria.
Piotto et al. [34] have reported the synthesis of five new azo compounds with different substituents on the aromatic rings (Figure 3). These compounds exhibit high antibacterial and antifungal activity against C. albicans (MIC0 = 15–30 μg/mL), S. aureus (MIC0 = 20–30 μg/mL), L. monocytogenes (MIC0 = 25–60 μg/mL), S. typhimurium (MIC0 > 60 μg/mL), and P. aeruginosa (MIC0 > 60 μg/mL); their antibacterial and antifungal activity is even higher than Resveratrol, a well-known natural antibiotic with a stilbene structure. 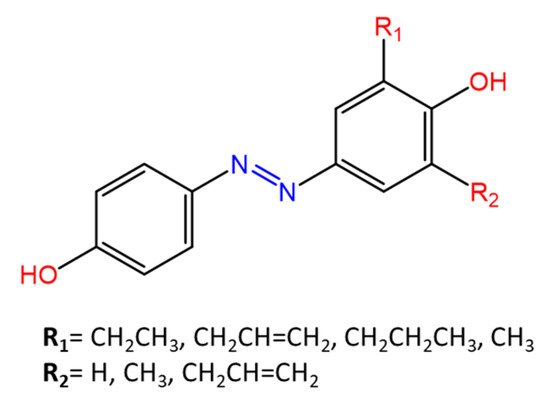 Figure 3. Structure of antimicrobial azo compounds [34].
The same authors, in a later study [35], have demonstrated that azobenzene compounds containing one or more hydroxyl groups -OH on the aromatic rings possess high antibacterial activity, particularly against S. aureus and L. monocytogenes with MICs0 up to 8 µg/mL.
There are several works regarding the effect on antimicrobial properties of the different substituents, and their positions on the aromatic rings of azobenzene [36][37][38][39][40]. An example was given by Ali et al. [41]. They synthesized and studied three azo compounds, in which the NO2 group occupies an ortho, meta or para position with the -N=N- double bond on one of the two aromatic rings (Figure 4).

Figure 4. Nitro-substituted azobenzenes by Ali et al. [41].
In vitro antimicrobial activity was evaluated by the solid agar diffusion test, and the results showed high antimicrobial activity for the three azo dyes, superior to those of the antibiotics erythromycin and amoxicillin in the dual treatment of S. aureus and C. krusei. In particular, the molecule with the NO2 group at the meta position showed the most activity against S. aureus (inhibition zone of 39 mm). In comparison, the molecule in which the group is present at the ortho position showed the best activity against C. krusei (inhibition zone of 42 mm).
Another example was provided by Eriskin et al. [42]. In their work, the results showed that the different antimicrobial activity of a set of azo compounds with various substituents and in different positions is mainly due to the nature of the substituent in addition to the position (Figure 5). Molecules with electron-withdrawing groups such as chlorine (compounds d, h) showed excellent antimicrobial activity against S. aureus, B. subtilis, K. pneumoniae, S. cerevisiae and C. albicans, reporting MIC values up to 8.25 μg/mL. Compounds b and f, which have a nitro group in the para and meta position, respectively, were shown to be active against S. aureus, B. subtilis (MIC = 8.25 μg/mL). 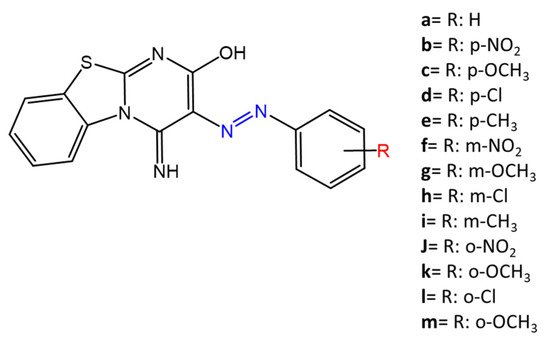 Figure 5. Azobenzene differently substituted by Erişkin et al. [42].
However, the mechanism of action of the tested compounds remains unstudied.
Since the bacterial membrane is negatively charged, molecules with positively charged groups, such as quaternary ammonium salts, can interact with the bacterial membrane, so they are included in conventional antibacterial drugs [33].
Recently, in the field of modified azo molecules, amphiphilic azo compounds containing an ammonium-based cationic group, and alkyl chains with different lengths, have shown high antimicrobial activity [43]. Silico studies have shown that the antimicrobial activity is due to the interaction of the polar head of the tested molecules with the bacterial membrane, promoted by the presence of phosphatidylethanolamine (PE) in bacterial lipid membranes [44]. Among the molecules with positively charged groups that demonstrated antibacterial activity, imidazole heterocyclic derivatives play a key role in many biological systems and processes that depend on the counter ion, polar head groups, and imidazole nitrogen substituents. Similarly, the presence of fluorine atoms can increase the selectivity and lipophilicity of molecules with increased antimicrobial activity [45][46].
A recent work by Babamale et al. [47] reports the synthesis and characterization of the antibacterial properties of fluorinated and non-fluorinated azobenzene derivatives, and azo imidazole molecules with alkyl chains (R), with different lengths linked to imidazole nitrogen (Figure 6). 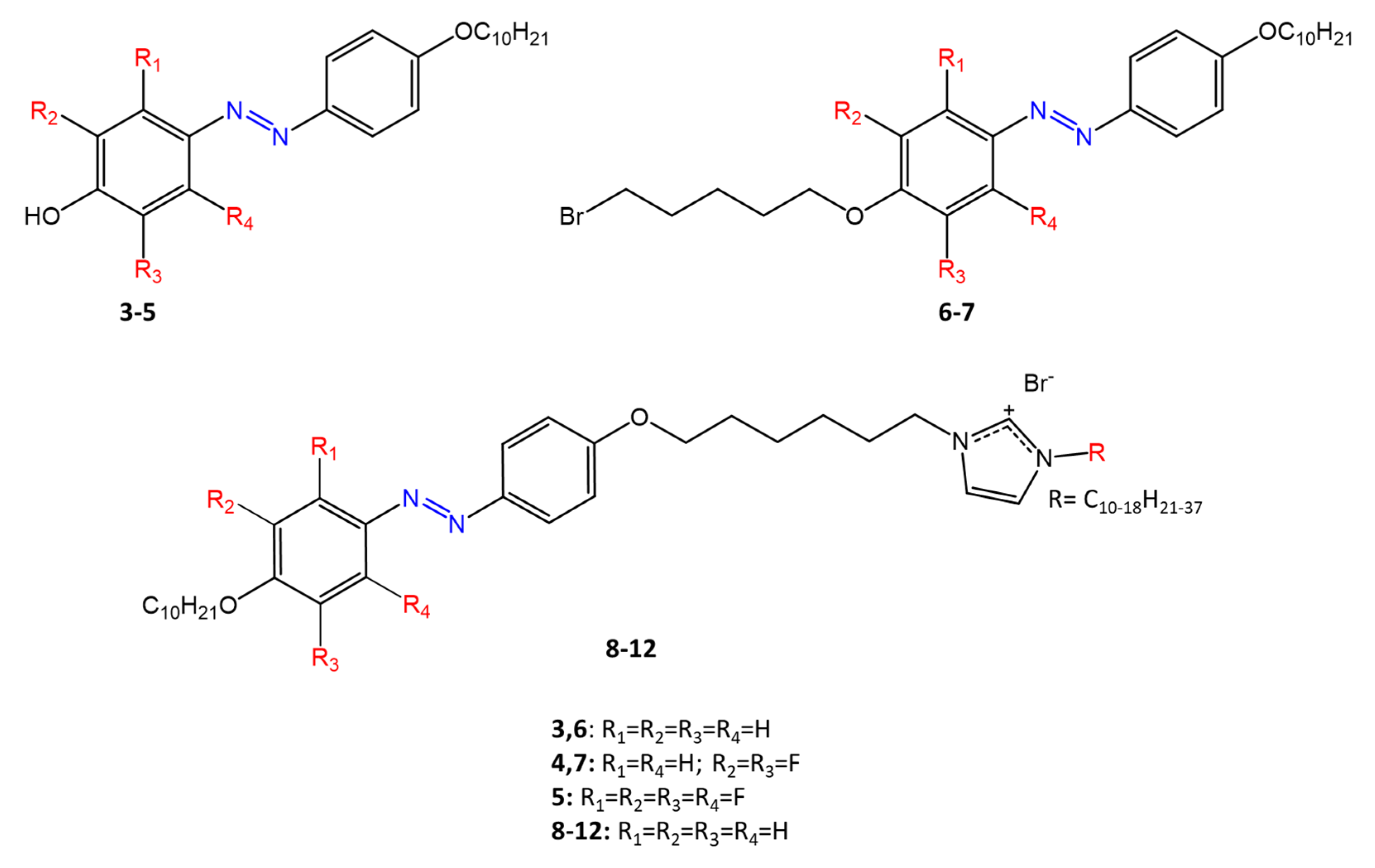 Figure 6. Fluorinated and non-fluorinated azobenzene derivatives and azo imidazole molecules [47].
The compounds were tested against the gram-positive bacteria S. aureus and gram-negative bacteria E. coli, S. enterica, and S. Typhimurium, as well as against the yeasts C. albicans and S. cerevisiae, to evaluate their antimicrobial potential. Compounds 5, 6, and 7, proved to be selectively active against S. aureus (inhibition zone of 11–14 mm), and their efficacy depends on the alkyl chain length (R) and fluorination level. In particular, the fluorinated compounds proved to be active against gram-positive bacteria, while the level of fluorination had no effect on gram-negative bacteria. Similarly, the azo imidazole molecules 11 and 12, which have alkyl (R) chains with 16 and 18 carbon atoms, showed antibacterial activity against gram-positive species (inhibition zone of 10–11 mm), but no activity against gram-negative bacteria. The different activity against the two bacterial species is mainly due to the complexity of the gram-negative cell wall.
Salta et al. [48] described the antimicrobial activity of azo surfactants based on azobenzenes with polar groups of ammonium bromide and tobramycin (Figure 7). 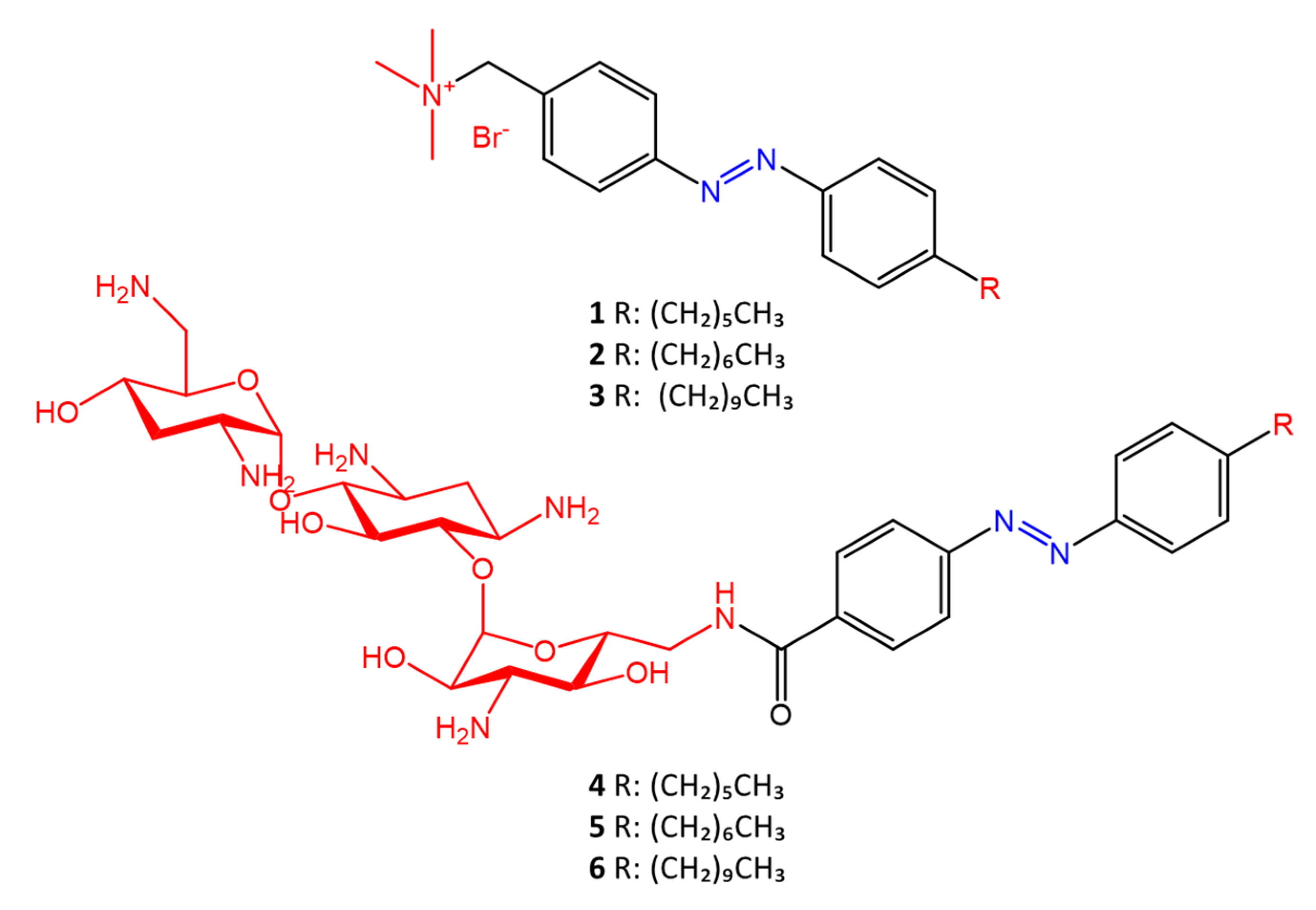 Figure 8. Chemical structure of azoquinolones from Velema [49].
The cis isomer showed high antimicrobial activity, while the return to the trans form causes a decrease in the activity of the tested molecules. The different antibacterial activity was observed in gram-negative and gram-positive bacteria, indicating that the photosensitive quinolone retains its broad-spectra activity.
Molecule 2, with R2 = Me and R3 = OMe, shows a significant difference in antimicrobial activity between the two isomers against E. coli (MICtrans > 64 µg/mL, MICcis = 16 µg/mL) and M. luteus (MICtrans = 16 µg/mL, MICcis = 2 µg/mL).
In accordance with the previous study, further work on different antimicrobial activity following photoinduced isomerization was reported by Hu et al. [50]. In their work, the authors report the antibacterial activity of a group of carbohydrate-based surfactants with variable monosaccharide heads, including d-glucose (AzoGlc), D-xylose (AzoXyl), l-rhamnose (AzoRha), D-mannose (AzoMan), N-acetyl glucosamine (AzoGlcNAc), and l-arabinopyranose (AzoAra), linked to a hydrophobic n-butyl-azobenzene moiety (Figure 9). 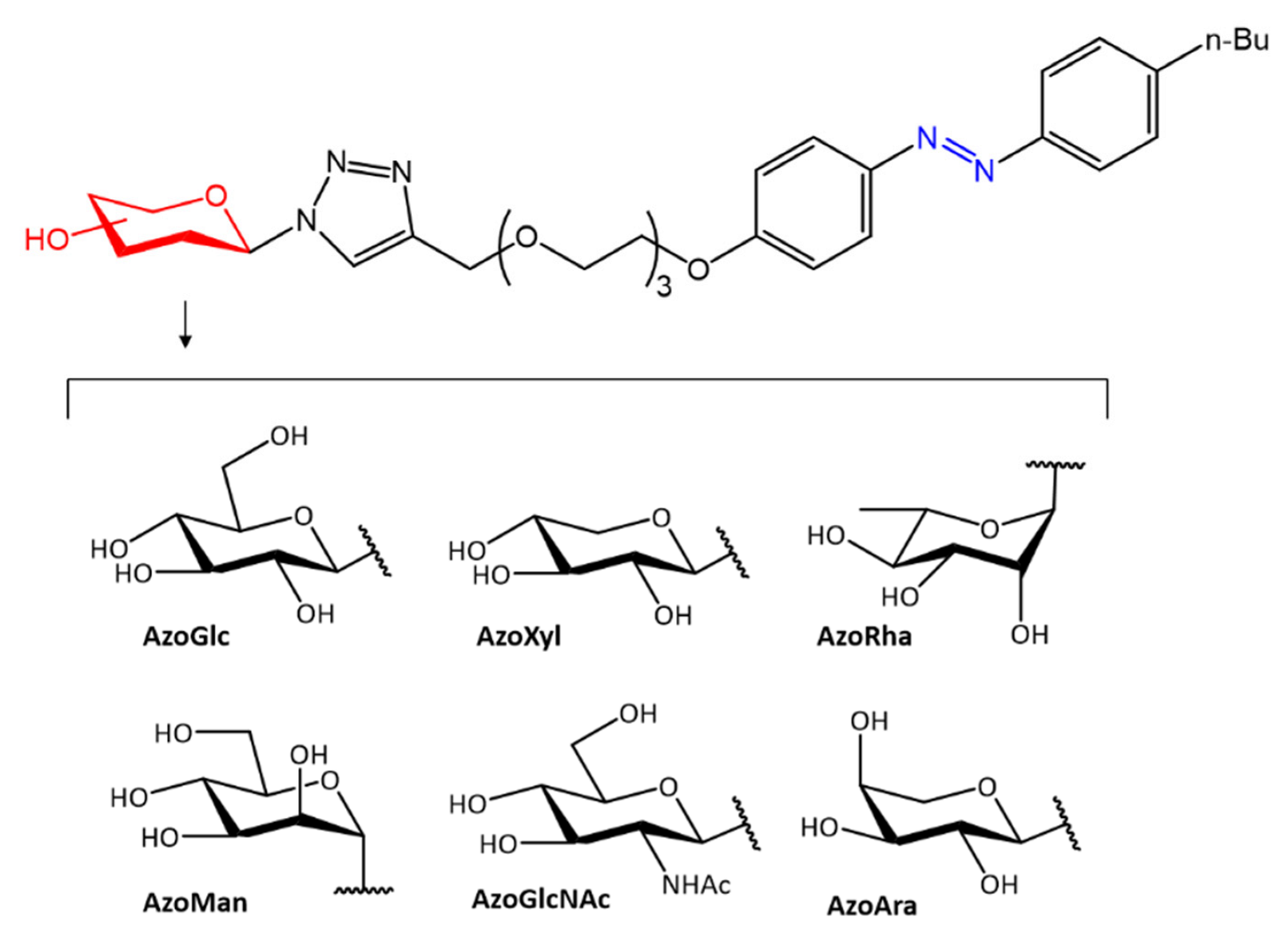 Figure 9. Photoreactive carbohydrate-based surfactants [50].
The antibacterial activity of the surfactants was evaluated by biofilm formation against S. aureus, P. aeruginosa, and by culture broth tests against E. coli. The photoexcited cis isomers showed to be more potent against S. aureus, while the trans isomers showed higher selectivity against E. coli.
Kaur et al. [25] report the synthesis of a series of diazenyl Schiff bases (Figure 10) with different donor (-CH3, -OCH3, -SCH3) and acceptor (-Br, -Cl, -F, -NO2) substituents. The antimicrobial and cytotoxic activity of these compounds was studied on cell lines. Most of the synthesized compounds showed high activity against bacteria and fungi. The structure-activity relationship revealed the importance of electron-withdrawing groups on the aromatic ring of azobenzene. In particular, the presence of bromine or chlorine on the ring of the azobenzene moiety appears to increase the antimicrobial activity (MIC up to 35 µM/mL). Di-substituted compounds on the same ring were found to be more active than mono-halogenated derivatives, and this activity was further enhanced by the presence of a third halogen. 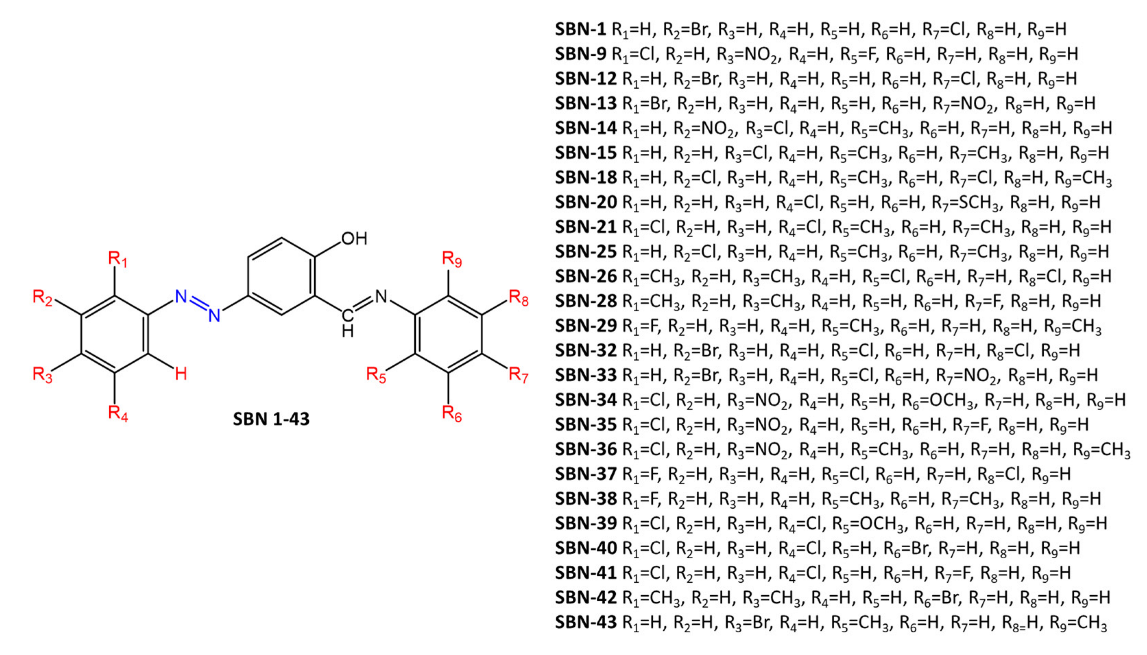 Figure 11. Chemical structure of azo Schiff bases [51].
ASBn showed the best antimicrobial activity compared to ASBm, reporting inhibition zones of 8–12 mm and MIC = 50–250 mg/mL. Gram-positive bacteria, S. aureus and S. agalactiae, were more sensitive than gram-negative bacteria such as P. aeruginosa and K. Pneumonia. It was suggested that gram-positive bacteria are more sensitive to the synthesized compounds than gram-negative bacteria, due to the different thickness of the cell walls.