+1 point
Thank you for your contribution! You can also upload a video entry related to this topic through the link below: https://encyclopedia.pub/user/video_add?id=26788
Check Note
2000/2000
The Catalytic Interface Layer for Bipolar Membrane

Bipolar membranes (BPMs) are one kind of special ion exchange membranes, which contain an anion exchange layer (AEL), a cation exchange layer (CEL) and an intermediate layer (IL). The intermediate layer is the junction of the anion and cation exchange layers. When the applied reverse bias potential causes the potential of the bipolar membranes reach or exceed 0.83 V, a large electric field is generated in the interface layer [1] to split water molecules into H+ and OH−. The generated H+ and OH− pass through the cation-exchange membrane and anion-exchange membrane of the bipolar membrane, together with cation and anion exchange membranes in an electrodialytic cell arrangement, forming acids and bases in the adjacent two compartments. The hydrolysis rate of the interface layer applied with a DC electric field is much higher than that of the general case [2][3]. During the electrolysis process, the water consumed by the dissociation of the water in the interface layer of bipolar membranes can be replenished in time by the water in the electrolyte on both sides of the membranes. Unlike the reactions on the electrodes during electrolysis, this process does not generate any gas [4][5] and can obviously reduce energy consumption.
This unique advantage of bipolar membranes has led to an increasing interest in it. The improvement of the bipolar membrane interfacial layer material accelerates the rate of water dissociation in the interface layer, decreases the hydrolysis voltage and reduces energy consumption. The effect of the performance of synthetic bipolar membranes can be explained by applying them in electrolysis experiments on brine in electrodialysis. In recent years, researchers have devoted much effort in regard to the interface layer materials for this purpose. Eswaraswamy et al. introduced a nanocomposite layer of graphene oxide and sulfonated polyether ether ketone the intermediate layer [6]. Montmorillonite nanoclay with a large surface area and containing alumina and silicate components was also demonstrated by Eswaraswamy et al. to be an efficient catalyst for water dissociation [7]. Celik et al. further explored that ferric chloride as an interface layer catalyst enhanced acid production and induced lower electrical resistance during bipolar membrane electrodialysis [8]. Nano-MoS2 was synthesized by Rathod et al. because of its similar conductivity to that of graphene and carbon nanotubes [9]. However, these bipolar membranes are only used for electrodialysis experiments under laboratory conditions, and there are many problems to be overcome for industrial applications. Problems include energy consumption, current efficiency, membrane lifetime and optimization of equipment parameters. Poor resolution of these issues can lead to higher production costs and is not conducive to mass production.

Bipolar membrane electrodialysis (BMED) is a new technology that combines the separation function of electrodialysis with the water dissociation at the interface layer of bipolar membranes, which can convert salts into the corresponding acids and bases. Therefore, the two combinations are often used in industry to produce acids and bases. Figure 1 is an example of an electrodialysis device. BMED can be used for the clean production of organic acids, inorganic acid and bases, including succinic acid [10][11], salicylic acid [12][13], lactic acid [14][15], amino acids [16], hydrochloric acid [17], sulfuric acid [18][19], phosphoric acid [20] and choline hydroxide [21]. Sheldeshov et al. introduced ionic polymers with catalytically active phosphoric acid groups into bipolar membranes and studied the process of recovering nitric acid and sodium hydroxide from a sodium nitrate solution [22]. The use of bipolar membrane units for the production of nitric acid and sodium hydroxide containing phosphoric acid groups could achieve higher concentrations, current efficiencies, productivity and lower energy consumption and sodium nitrate contamination levels. Venugopal et al. functionalized and modified polysulfone (PSu) with resin and fiber reinforcement to prepare bipolar membranes containing Pt catalysts. The sodium chloride solution in brackish water with a concentration of 5~25 g/L was desalinated by electrodialysis desalination process. During the desalination treatment, the current efficiency was 82.5%, the energy consumption was 0.52 Wh, and the acid-base production was 0.006 mol/L acid and 0.006 mol/L base [23]. According to the unique hydrolysis mechanism and desalination effect of BMED, it could also be applied to the treatment of high-salt wastewater [24][25][26]. At the same time, bipolar membranes also play an irreplaceable role in the fields of the chemical industry, food processing, environmental protection, CO2 emission reduction, photocatalytic hydrogen production, biotechnology and the pharmaceutical industry [27][28][29][30][31][32][33].

Figure 1. A bipolar membrane electrodialysis device and measurement principle of I-V curves.
The burning of fossil fuels and the convenient living of people produce large amounts of CO2. The CO2 contained in these waste gases cannot be directly utilized. Therefore, the combination of CO2 capture and BMED technology can realize the utilization and regeneration of CO2. CO2 is captured using potassium hydroxide and sodium hydroxide solutions to produce the corresponding carbonate solution or bicarbonate solution [34][35][36]. The bipolar membrane electrodialysis technology electrolyzes the salt solution to produce pure CO2 gas. This CO2 regeneration process significantly reduces energy costs and is environmentally friendly. CO2 capture can also be performed by passing the exhaust gas into organic reagents such as methionine salts [37] or aniline [38]. In addition, BMED technology can treat hazardous substances and recover other resources such as organic acids in industrial waste [39][40][41]. Noguchi et al. used multi-step BMED to concentrate a sodium borate solution with an initial concentration of 100 mg/L to a solution containing approximately 10,000 mg/L of boron [42]. In the discharged beverage industry, wastewater, a combination of concentration electrodialysis and BMED, Lameloise et al. successfully obtained L-malic acid recoveries of 93–97% [43].

3. Study of the Interface Layer Catalyst 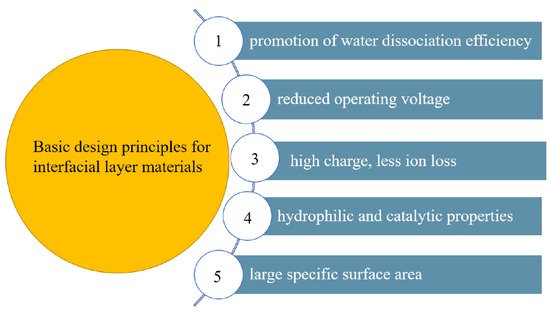 Figure 3. The basic principles for selecting interlayer materials.
Previous research found that inorganic electrolytes with amphoteric properties [44] (such as sodium metasilicate, chromium nitrate, ruthenium trichloride, or indium sulfate) and heavy metal ions (Fe2+, Fe3+, and Ti4+, etc.) on CEL/AEL catalyzed interface layer water dissociation and reduced bipolar membrane voltage. Moreover, weak acids, amino functional groups, carboxylic acids and pyridines had catalytic effects on the interface layer of the bipolar membrane, reducing the voltage of the bipolar membrane [49]. Although the expected results were obtained, these results did not fully describe the precise interface layer water dissociation process, and more research is still needed to properly understand the water dissociation behavior as well as the wider catalytic components.
The research on bipolar membranes mainly focuses on introducing suitable catalysts to improve the water dissociation rate. Catalysts that have been used could be classified as organic and inorganic materials. Newly designed materials with multiple components as catalytic intermediate layers are being studied more frequently.