+1 point
Thank you for your contribution! You can also upload a video entry related to this topic through the link below: https://encyclopedia.pub/user/video_add?id=26586
Check Note
2000/2000
Treatment of Metastatic Melanoma at First Diagnosis

Metastatic melanoma (MM) is a pathological entity with a very poor prognosis that had a low response rate to systemic treatments. In fact, the aggressiveness of melanoma is different depending on whether it debuts directly as metastatic disease or if what occurs is a relapse after a first diagnosis at an early stage, although the biological determinants are largely unknown. Another key aspect in the clinical management of metastatic melanoma at first diagnosis strives in the different prognosis of melanoma of unknown primary (MUP) compared to melanoma of known primary (MPK).

Previously, many efforts have been made to understand patterns of disease progression, providing information on risks that have helped improve monitoring and the efficacy of new adjuvant treatments [1][2][3][4][5]. More recently, additional studies are aiming to improve not only survival in the initial stages, with better diagnosis and adjuvant therapies that are more effective, but also the treatment of unresectable or metastatic disease, regardless of the initial stage at diagnosis. The arrival of immune checkpoint inhibitors (ICI) and targeted therapy (TT) with BRAF inhibitors/MEK inhibitors (BRAFi/MEKi) has triggered a paradigm shift, facilitating a better understanding of the molecular biology of these tumors. Melanoma is, to date, the most immunogenic tumor [6]. The high rate of neoantigens allows the tumor cells to respond better to therapies that act on the immune system and the tumor microenvironment (TME). Moreover, the immunological perturbation induced by ICI could influence the response to other subsequent therapies, suggested by better outcomes of TT after ICI [7]. However, more studies are needed to confirm this strategy.

2. Epidemiology of MM at First Diagnosis

Melanoma is a tumor with a low incidence rate, but high mortality. For 2022, the estimated number of new cases of melanoma in situ or invasive in the United States is 97,920 and 99,780, respectively, with an estimated number of deaths of 7650 patients. This indicates an annual decrease of 4%, due to recent improvements in treatments in both adjuvant and advanced disease treatments [8]. This trend can be observed in other countries in the world.
Survival rates according to initial disease stage have been extensively described in large cohorts of patients [9][10][11][12], and the loss of efficacy towards advanced stages is a consolidated event (Table 1).
Table 1. Studies reporting data on metastatic melanoma at initial diagnosis.
a TNM Classification according to the 7th edition.
As mentioned above, fortunately, most melanomas are diagnosed in the very early stages, providing a better prognosis for the disease, in global terms.
Interestingly, a recent study presented epidemiological data on the incidence of cutaneous melanoma in Belgium and the Netherlands, using national cancer registries and analyzing different aspects, including stage. Although the incidence of melanoma was higher in the Netherlands than in Belgium, Belgium reported the highest incidence rate of stage IV disease at first diagnosis. Furthermore, this study not only showed different epidemiological aspects of the incidence, but also reported different survival rates. This reflects the difficulty of extrapolating information in this subgroup of patients, since it even appears difficult to explain these different incidences for biological issues in two neighboring countries [15].
On the other hand, a form of presentation of MM at initial diagnosis that is of special interest is melanoma of unknown primary (MUP). Indeed, such diagnosis would be excluded in the following scenarios: (1) Patients who do not receive a complete physical examination (including anogenital mucosa and ophthalmological examination); (2) Patients with evidence of previous orbital enucleation; (3) Patients with surgical procedures without histological documentation; and (4) Patients with lymph node involvement and the presence of a scar in the area of skin drained by the lymphatic basin [16]. Although several hypotheses have been described to explain this phenomenon, the theory that has gained the most strength, especially with current data on cancer immunology, is the involvement of immunological mechanisms on the primary tumor that lead to tumor regression. The incidence of MUP is reported to be 2.5–4% in most articles [17][18][19], although some report up to 10.5% of patients with metastatic melanoma. However, these do not specify the percentage of patients based on stages [20]. According to these publications, the presence of tumor regression in metastatic sites and low nodal burden were associated with favorable outcomes [21][22]. Therefore, MUP seems to have a better prognosis than melanoma of known primary (MKP). The different types of presentation of metastatic melanoma are presented in Figure 1. 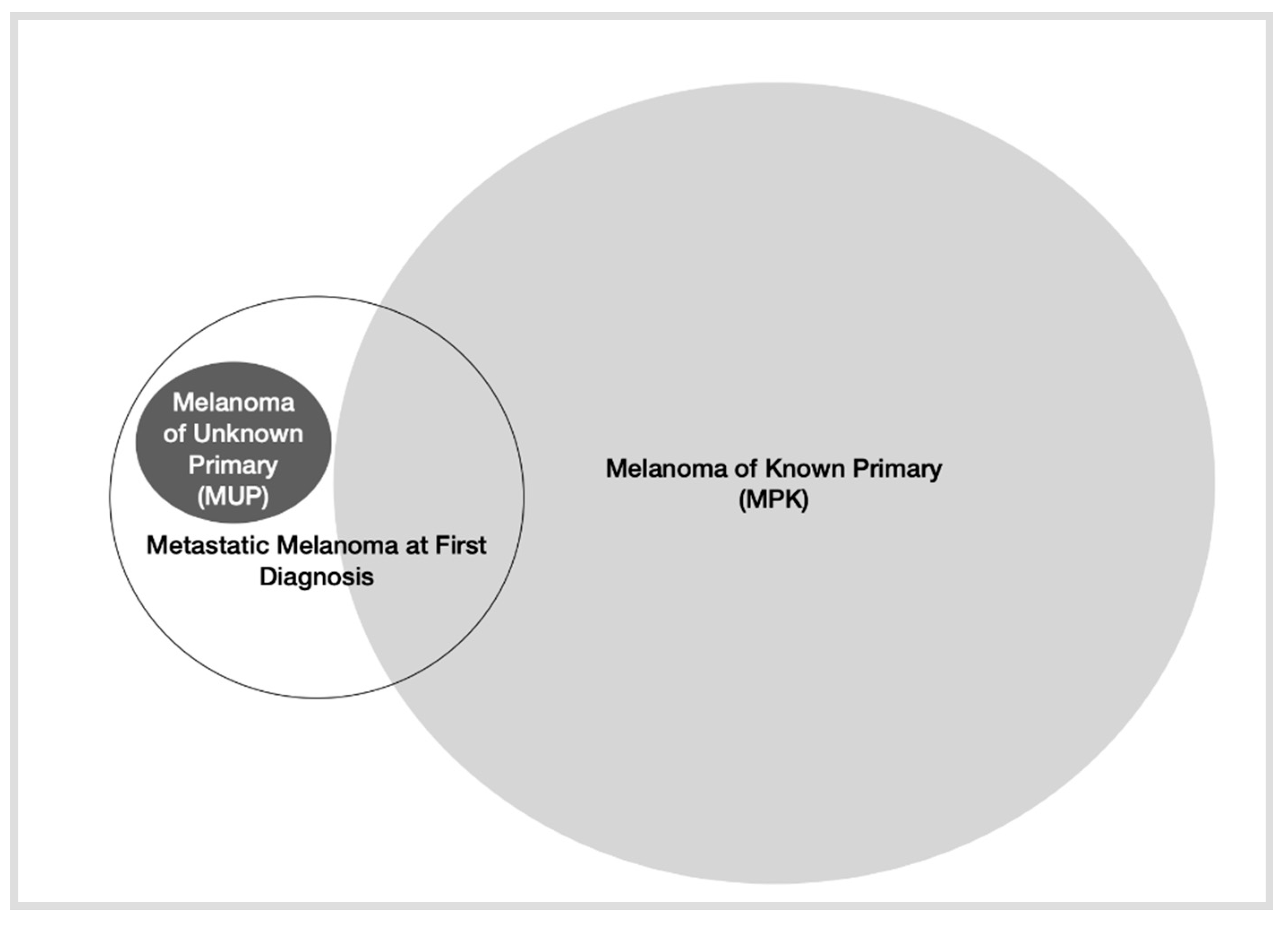 Figure 1. Depiction of different types of presentation of metastatic melanoma.

In recent years, melanoma has been extensively characterized on a molecular basis in several studies. In fact, the latest World Health Organization (WHO) classification establishes nine categories of different melanoma subtypes, depending on the different driver mutations presented [23]. However, in routine practice, the most common mutations that have an approved therapeutic target (BRAF/MEK inhibition) are BRAF mutations, with other mutations that exceptionally require different treatment (NTRK fusions, etc.). Currently, efforts are being made to identify markers of efficacy and resistance to targeted therapy in metastatic melanoma [24].
The molecular characterization of patients with metastasis at presentation is not clear, nor is that of patients that present with MUP [25]. A recent article based on the nationwide Flatiron Health electronic database describes the frequency of BRAF mutations and the use of different therapeutic strategies depending on several factors, such as the stage at initial diagnosis [14]. Of the 4459 patients, 1191 had been diagnosed with stage IV at diagnosis, representing 26.7% of the total number of patients analyzed. These patients were diagnosed at a mean age of 66 years, presenting a good general condition (ECOG 0–1) and patterns of use of different systemic treatments similar to the general population (see Table 1). The only difference reported in this study is more frequent treatment with BRAF inhibitors in those patients who had a BRAF mutation and were initially diagnosed as stage IV, although these differences may be due to the high rate of patients excluded from the study. Additionally, the different patterns of use of treatments depending on the year can explain these differences.
Therefore, the molecular characterization of patients with metastasis at the first diagnosis is not clearly defined. With these data, it would be difficult to explain whether patients presenting with stage IV at initial diagnosis have a cancer biology that is different from those diagnosed in earlier stages.

4. Representation of MM at First Diagnosis in Pivotal Studies

To search for epidemiological data on how patients respond to different treatments depending on the initial stage at diagnosis, the researchers reviewed published clinical trial information, as well as complementary material.

Currently, there are several studies that establish BRAF-targeted therapy as standard treatment for patients with metastatic melanoma who carry a BRAF mutation. The combinations vemurafenib-cobimetinib, dabrafenib-trametinib and encorafenib-binimetinib constitute the first line of treatment for patients with BRAF-mutated metastatic melanoma.
The experience and knowledge accumulated over the last few years have elucidated that BRAF-mutated melanoma is a more aggressive tumor than BRAF wild-type melanoma, with greater growth rate and a greater capacity for metastasizing [26]. Therefore, initial molecular characterization may also contribute to predict such behavior and how targeted therapy efficacy is affected by that. Importantly, this information is so far lacking in the pivotal studies of this therapeutic approach.
Furthermore, new strategies with targeted therapy, such as triplet treatments that include targeted therapy and immunotherapy, may provide data on the clinical evolution and response to treatment in these MM patients. However, data on this subpopulation are thus far not available in these combination strategies trials such as the COMBI-i study, which combines spartalizumab with dabrafenib and trametinib, or the IMspire150 study that combines atezolizumab with vemurafenib and cobimetinib [27][28].
Similarly, MUP patients were included in the targeted therapy pivotal studies, although their outcomes were not reported. Therefore, the efficacy of these treatments in this subgroup of patients remains to be specified.

The data from the pivotal studies with approved immunotherapeutic drugs that constitute the first line of treatment for metastatic melanoma are presented in Table 2.
Table 2. Main pivotal studies of currently approved immunotherapy for metastatic melanoma.
a In experimental arm; b TNM Classification according to 7th edition; c At least 15.2% received adjuvant treatment; NR: Not reported; Nivo: nivolumab, DTIC: dacarbazine, Pem: pembrolizumab, Ipi: ipilimumab.
Information on patients diagnosed with stage IV at debut is not reported in any of the studies. Other similar clinical trials and their updates did not specify this subpopulation in their study population either [13][36][37][38][39].
Theoretically, it seems reasonable that immunotherapy may play an essential role in for the treatment of patients with MUP, given the implication of immunological mechanisms. However, there is no information regarding the MUP population reported in these studies.
In addition, therapeutic strategies that combine immunotherapy with several other drugs are currently being developed. However, none of the new combinations such as pembrolizumab with lenvatinib in the LEAP-004 study [40], bempegleukin and nivolumab in the PIVOT-02 study [41] or, more recently, nivolumab and relatlimab in the RELATIVITY-047 study [42] reported data on this subgroup of patients.
Similar to the targeted therapy studies, MUP patients were included in the trials with approved immunotherapy, but specific outcomes were not shown (Table 2).

Although it features in later lines of treatment, chemotherapy continues to be a therapeutic weapon for the treatment of metastatic melanoma. However, the development of this therapeutic strategy has been relegated to a less important priority. In the latest clinical trials reported using chemotherapy-based schemes, the population was described based on the initial stage at diagnosis, so the researchers do not know whether this population would respond to these treatments, based on that variable [38][43][44].

More
© Text is available under the terms and conditions of the Creative Commons Attribution (CC BY) license; additional terms may apply. By using this site, you agree to the Terms and Conditions and Privacy Policy.
Upload a video for this entry
Information
Subjects: Oncology
Contributors MDPI registered users' name will be linked to their SciProfiles pages. To register with us, please refer to https://encyclopedia.pub/register :
Miguel-Angel Berciano-Guerrero
,
Mora Guardamagna
,
Elisabeth Perez-Ruiz
,
Jose-Miguel Jurado
,
Isabel Barragán
,
Antonio Rueda-Dominguez
View Times: 69
Revisions: 2 times (View History)
Update Date: 29 Aug 2022
Table of Contents
1000/1000
Hot Most Recent