Submitted Successfully!
Thank you for your contribution! You can also upload a video entry related to this topic through the link below:
https://encyclopedia.pub/user/video_add?id=25957
Check Note
2000/2000
Marco Vivarelli
Edit
Upload a video
Innovation Technological change R&D Entrepreneurship Start-up Globalization Skill bias 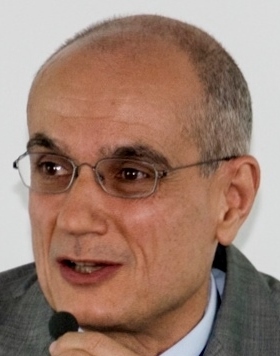 Ph.D. in Economics and Ph.D. in Science and Technology Policy, is full professor at the Catholic University of Milano, where he is also Director of the Department of Economic Policy.

Member of the Academic Advisory Council of the Global Digital Foundation (Brussels, Canberra and Washington D.C)

Member of the Scientific Executive Board of the Eurasia Business and Economics Society (EBES, Istanbul)

Member of the International Board of the Austrian Institute of Economic Research (WIFO, Vienna)

Since October 2010 to September 2013 he has been Honorary Professor at the SPRU-University of Sussex.

Since July 2007 to December 2007 and since July 2008 to February 2009 he has served as Senior Scientist at the European Commission-Joint Research Centre-Institute for Prospective Technological Studies (JRC-IPTS, Seville).

Since June 2002 to May 2005 he has served as Senior Research Economist at the International Labour Office - Geneva.

Editor-in Chief of the Eurasian Business Review: A Journal in Industrial Organization, Innovation and Management Science

He has served as referee for more than 110 international journals

His current research interests include the relationship between innovation, employment and skills; the labour market and income distribution impacts of globalization; the entry and post-entry performance of newborn firms.

According to GOOGLE SCHOLAR, his works collected more than 13,000 citations (h-index=63)

According to WEB OF SCIENCE, his works collected more than 3,600 citations (h-index=35)

According to SCOPUS, his works collected more than 4,000 citations (h-index=41)

According to SSRN, he is ranked #544 among the top 8,000 economists worldwide

According to VIA-Academy, he is ranked among the top Italian scientists worldwide (#16 among economists)

According to IZA, he is ranked #3 in terms of number of downloads, among a total of more than 11,000 IZA discussion papers authors