Submitted Successfully!
Thank you for your contribution! You can also upload a video entry related to this topic through the link below:
https://encyclopedia.pub/user/video_add?id=25826
Check Note
2000/2000
Lester Ingber
Edit
Upload a video 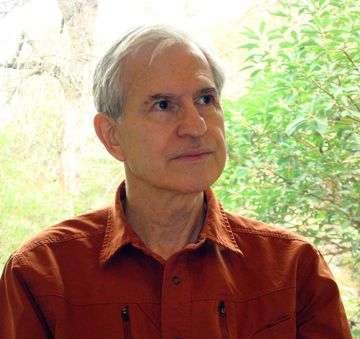 Prof. Lester Ingber has published over 100 papers and books in theoretical physics, neuroscience, finance, optimization, combat analysis, karate, and education.  As CEO of Physical Studies Institute LLC (PSI) in Hillsboro OR he develops and consults on projects documented in the https://www.ingber.com/ archive.

Prof. Ingber received: his diploma from Brooklyn Technical High School in 1958; his B.S. in physics from Caltech in 1962; his Ph.D. in theoretical nuclear physics from UC San Diego in 1967 while studying at the Niels Bohr Institute in Copenhagen and consulting at RAND in Santa Monica CA.

Prof. Ingber has held positions in academia, government and industry: National Science Foundation Postdoctoral Fellow at UC Berkeley and UC Los Angeles; Assistant Professor in physics at SUNY at Stony Brook; Research Physicist in the Physics department and in the Institute for Pure and Applied Physical Sciences at UC San Diego; Research Associate at UC San Diego in the Music department; twice Senior Research Associate of the National Research Council of the National Academy of Sciences; Professor of Physics at the Naval Postgraduate School in Monterey CA and the US Army Concepts Analysis Agency in Bethesda MD; Research Professor of Mathematics at The George Washington University in DC; Director of Research and Development at trading firm DRW Trading in Chicago IL and hedge fund DUNN Capital Management in Stuart FL; Editor-in-Chief at Research Publisher for: Current Progress Journal (timely topics in science), Graduate Journal of Research, and Undergraduate Journal of Research, and associated e-conferences for these three journals; Partner in Pion Capital, a hedge-fund partnership of Caltech alumni; Editor-in-Chief Int. J. Applied Math., Computat. Science and Systems Engin.;  PI of supercomputer physics projects at XSEDE.org and StonyBrook.edu .

Lester Ingber has published over 100 papers and books in the categories of: theoretical physics, neuroscience, finance, optimization, combat analysis, karate, and education. Through Physical Studies Institute LLC (PSI) he develops and consults on projects documented in the https://www.ingber.com/ archive.

From 1965-1972 he published in atomic, nuclear, astro-, and elementary particle physics. His major work was to develop a nucleon-nucleon interaction described by exchanged mesons, and to apply this interaction to calculate properties of nucleon-nucleon scattering, the deuteron, nuclear matter, and neutron stars. In 1983-1986 he used modern methods of nonlinear functional analysis developed in the late 1970's to discover contributions induced by velocity-dependent potentials to nuclear matter binding energies.

Since 1978 he has developed a statistical mechanics of neocortical interactions applicable to a broad range of spatial and temporal scales, using modern methods of nonlinear nonequilibrium statistical mechanics of neocortical interactions (SMNI) to calculate brain `observables', e.g., short-term memory and EEG analyses. His 1983 Physical Review paper was the first paper accepted on the brain in this premier physics journal. From 2013 he has used XSEDE.org resources, extending the range of SMNI from EEG to molecular processes, and developing quantum algorithms that have broad applications ranging from computational neuroscience to computational physics to blockchains.

Since 1980 he has developed a statistical mechanics approach to financial markets, e.g., to multivariable term structure and stochastic markets. His 1990 Physical Review paper was the first paper accepted on finance in this premier physics journal. From 1997-2001, as Director R&D at DRW Trading in Chicago, he led a team developing multi-factor nonlinear stochastic models of markets. From 2002-2003 he was Director R&D at DUNN Capital Management in Stuart FL, developing risk-management algorithms. From 2011-2013 he was a Partner in Pion Capital, a hedge-fund partnership of Caltech alumni.

Since 1987 he has developed Adaptive Simulated Annealing (ASA), one of the most powerful optimization algorithms for nonlinear and stochastic systems, working with thousands of users. Other codes have been developed to model multivariate nonlinear stochastic systems. In 1994-1995, as principal investigator (PI) of an NSF Supercomputer grant, he ported his ASA and PATHINT codes onto parallel supercomputers.

From 1986-1989, as Professor of Physics at the Naval Postgraduate School and PI of an Army contract, he applied these methods of mathematical physics, leading a team of scientists and officers to develop mathematical comparisons of Janus computer combat simulations with exercise data from the National Training Center (NTC), developing a testable theory of combat successfully baselined to empirical data.

Lester Ingber is a physicist with interdisciplinary expertise and interests importance-sampling life.

From 1958-1988 he founded and instructed karate classes at: Caltech, UC Berkeley, UC Los Angeles, SU New York at Stony Brook, UC San Diego, PSI, and NPS. He has developed and published in several textbooks techniques promoting the learning of attentional skills in parallel with a physics approach to the learning of traditional physical skills. He received his black belt in karate in 1961 and became the first Westerner to receive the Instructor's degree from the Japan Karate Association (JKA) in 1968. Now he is an 8th Dan black belt. From 1989-1991 he was Director of Scientific Studies of the American JKA Karate Associations (AJKA). From 2008-2009 he was an 8th Dan Officer of The International Alliance for Shotokan Karate (IASK).

Since 1976 he and his spouse Louise Ingber have been partners in several projects, including running a ballet company and karate studio (1976-1985). He helps with cleanup for her chocolate and pastry business [ https://www.creekhousechocolates.com ].