+1 point
Thank you for your contribution! You can also upload a video entry related to this topic through the link below: https://encyclopedia.pub/user/video_add?id=24246
Check Note
2000/2000
Jump Point Search Algorithm

The JPS algorithm is a pathfinding algorithm that uses pruned neighbor rules as the search direction of nodes and the position of forced neighbors as the judgment of jump points.

Initially, the use of mobile robots was limited to manufacturing. However, with the development of technology and innovation, mobile robots are now commonly used in various industries such as medical [1], mining, rescue, military, education, agriculture [2] and service industries [3].
From the perspective of mobile robots, the real point is to move from a designed starting point to another target point and the need to smoothly avoid obstacles in a path-optimal manner [4]. Therefore, the navigation of mobile robots is crucial for mobile robots [5]. Sarif and Buniyamin pointed out that path planning is the main problem of mobile robots and an important component of navigation [6]. The result of path planning will intuitively have an impact on how well the robot completes the task in real time and how well the result is achieved.
From the present point of view, path planning algorithms are favored by many researchers with the rise of mobile robots, UAVs [7][8][9], the unmanned field [10][11], and the video game field [12]. However, the study of path planning for mobile robots, especially the trajectory optimization of generated paths, remains a great challenge. For example, Figure 1 shows a robot and its target location. The solid path is a path consisting of straight lines and sharp turns at points A, B, C, and D. It is also the path generated for the discrete map state due to the fixed pathfinding direction. This path is not ideal for the movement of a mobile robot. First, mobile robots cannot make sudden sharp turns and need to slow down. For example, for driverless cars, sudden turns between path nodes and discontinuities in speed and acceleration are very dangerous behaviors for passengers [13][14]. For intelligent wheelchair robots, there are interruptions and sharp turns among the paths, which may cause secondary injuries for the patient [15][16]. Second, fixing the robot’s search direction is not suitable for finding the shortest or optimal path, which makes many possible paths in the map ignored by the robot. As shown by the dashed line in Figure 1, a shorter path means higher efficiency and less energy consumption while ensuring the safety of the mobile robot. For example, in unmanned warehousing as well as in the workshop transportation process, the efficiency of the transport robot will directly affect the overall operational efficiency of the warehouse and workshop [17]. 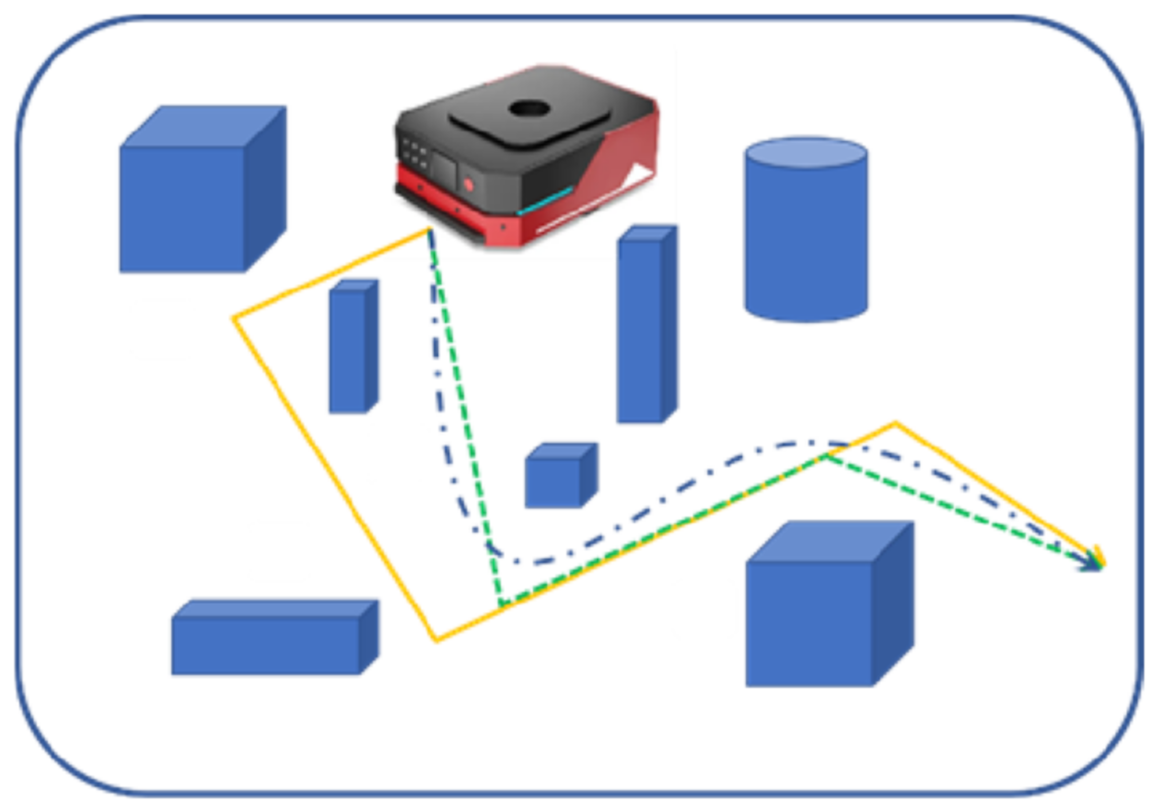 Figure 1. Non-smooth path for mobile robots.
To solve these problems, any-angle path planning [18] and path smoothing techniques [19] need to be introduced. Path smoothing is an important issue in path finding for mobile robots. Smooth paths need to satisfy the constraints of continuity such as path position, robot movement speed, and acceleration. At the same time, in order to ensure that the mobile robot finds the shortest path in the path finding process, the any-angle path planning is needed to no longer restrict the search direction of the mobile robot.

Path planning for mobile robots is actually the selection of a shortest obstacle avoidance path in the task area that can be connected from the starting point to the end point. The essence of this is the problem of optimal solution of the path [20]. The path planning should fully take into account the feasibility constraints that arise during the practical application of the robot [21]. More precisely, the path generated by the path planning algorithm of the mobile robot should satisfy the shortest and most efficient path with continuous and smooth transition of the path node states (position, velocity, acceleration and other information).
Various path optimization methods have been developed in previous studies. Among the most intuitive methods for path smoothness optimization are Bessel curves [22] and B spline curve optimization [23]. This approach allows curve fitting using trajectory control points in the path generation phase to achieve path smoothing. Usually, the initial number of control points obtained by the global path planning algorithm is low fitting, and the fitted paths are prone to re-collide with obstacles. To increase the curve fit, the path control points are usually added. However, a single increase in the number of control points can lead to a significant decrease in the efficiency of the algorithm [24]. In the research [13], a polynomial interpolation-based method is proposed to improve the continuity problem in the automatic parking process. Polynomial interpolation is a simple functional approach [25]. This method is solved by finding a polynomial containing all path nodes and adding continuity constraints for node positions, velocities, accelerations, etc. In addition, the polynomial interpolation method can be used to construct a Safe Flight Corridor (SFC) by generating collision avoidance linear constraints using the convex packet property of Bernstein polynomials as a further solution to the safety of mobile robots during operation [26].
The JPS method using heuristic search methods has been proposed in recent years driven by the efficiency of path planning for mobile robots. The classical JPS algorithm is built on the basis of the evaluation function of the A* algorithm, which improves the search efficiency of the A* algorithm by ignoring useless nodes and retaining only key nodes, thus greatly reducing the time consumption in the search process [27]. However, on the other hand, the JPS algorithm still cannot escape the limitation of the search direction imposed by the discretized grid map [28]. When planning a grid map, JPS usually plans from the center of each grid cell and only allows transitions to the center of adjacent grid cells. This will cause the JPS algorithm path direction variation to be limited to a multiple of II/4, resulting in a suboptimal path, as shown in Figure 2. 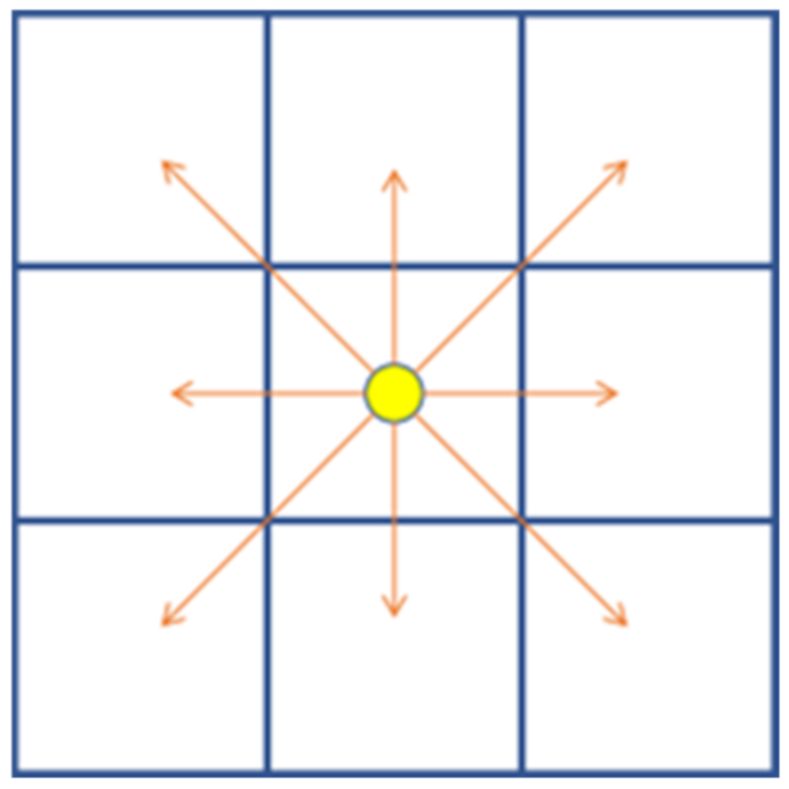 More
© Text is available under the terms and conditions of the Creative Commons Attribution (CC BY) license; additional terms may apply. By using this site, you agree to the Terms and Conditions and Privacy Policy.
Upload a video for this entry
Information
Subjects: Robotics
Contributors MDPI registered users' name will be linked to their SciProfiles pages. To register with us, please refer to https://encyclopedia.pub/register :
Jiakai Lu
,
YuanLuo
,
QiongQin
,
Yanyu Liu
View Times: 640
Revisions: 3 times (View History)
Update Date: 21 Jun 2022
Table of Contents
1000/1000
Hot Most Recent