Submitted Successfully!
Thank you for your contribution! You can also upload a video entry related to this topic through the link below:
https://encyclopedia.pub/user/video_add?id=2223
Check Note
2000/2000
Hydrogen Sulfide in Rumen
Edit
Upload a video
This entry is adapted from 10.3390/pr8091169

Hydrogen sulfide is a Janus-faced molecule with many beneficial and toxic effects on the animal health. In ruminants, rumen fermentation plays a vital role in the digestion and absorption of nutrients. During rumen fermentation, the production of hydrogen sulfide can occur, and it can be rapidly absorbed into the body of the animals through the intestinal wall. If the production of hydrogen sulfide concentration is higher in the rumen, it can cause a toxic effect on ruminants known as poliomyelitis. The production of hydrogen sulfide depends on the population of sulfate-reducing bacteria in the rumen. In rodents, H2S maintains the normal physiology of the gastrointestinal tract and also improves the healing of the chronic gastric ulcer. In the gut, H2S regulates physiological functions such as inflammation, ischemia–reperfusion injury and motility. In this review article, we summarize the toxicity occurrence in the body of animals due to high levels of hydrogen sulfide production and also recent progress in the studies of physiological function of H2S in the gut, with a special emphasis on bacteria-derived H2S is discussed in this review.

The crucial life-supporting role of hydrogen sulfide (H2S) has developed from microorganisms to plants, invertebrate, vertebrate, and, lastly, to mammals [1]. H2S has only been known as a poisonous gas and ecological hazard. Earlier studies have shown that in animals, H2S is the most poisonous gaseous signaling molecule, after nitric oxide and carbon monoxide [2]. Recently, H2S was recognized as the third most physiologically significant gasotransmitter and plays a crucial role in various cell signaling pathways. H2S is an endogenous signaling molecule that may establish using protein sulfhydration to control different physiological functions. Hydrogen sulfide is also a byproduct of dietary sulfate metabolism by gut bacteria [3]. An increasing number of research studies have established hydrogen sulfide gas as an important cytoprotectant and redox modulator. In addition, H2S has a pleiotropic impact on the physiology of animals [3]. Consequently, a more important function of hydrogen sulfide was recognized as protecting from oxidative stress and ischemia–reperfusion injury by various mechanisms, for example, maintaining the level of glutathione (GSH) and directly suppressing mitochondrial reactive oxygen species (ROS) [4]. H2S also inhibits cytotoxic CD8+ T cells, though this happens at what we currently consider to be a supraphysiological level of hydrogen sulfide [2]. Production of hydrogen sulfide in mammalian tissue has been known for a long time, but it was primarily ignored as metabolic waste. A significant level of hydrogen sulfide has been detected in mammalian tissue from human, cow and rat in the range of 50–160 um [1]. Emerging studies have shown that H2S can serve as a potential barrier against antibiotics and oxidative stress [3][5]. In addition, hydrogen sulfide has been found to regulate several antioxidant enzymes such as ascorbate peroxidase (APX), catalase (CAT), super oxidase dismutase (SOD) and glutathione reductase (GR) [6]. H2S also plays a vital role as an intracellular gaseous transmitter in various physiological and pathologic mechanisms in rodents [7]. In addition, H2S plays a crucial role in the physiological function and maintenance of the gastrointestinal tract. In the rat colon, it regulates the secretion of calcium ion through activating the Ca2+ and ATP sensitive K+ [8]. In addition, rats treated with H2S improved the healing of a chronic gastric ulcer [9][10].

In any case, the natural and physiological significance of this chemical in endogenous hydrogen sulfide digestion has not been completely determined. Hydrogen sulfide is oxidized successively in the mitochondrion to thiosulfate and afterwards to sulfite, with the end result under physiological conditions being sulfate [11].

Hydrogen sulfide and its different ionic forms are highly toxic forms of sulfur. In the rumen, microbes produce sulfide—and if the diet contains more sulfate—the microbes produce a greater quantity of sulfide. In the rumen, dietary sulfur can be compressed into hydrogen sulfide. Hydrogen sulfide is a type of gas and its accumulation in ruminants may create some kind of toxic effects on the animals. It may cause some disorders, such as poliomyelitis [12]. In ruminants, poliomyelitis causes neuropathological conditions, leading to neural metabolic disorders, as, change in the level of thiamine, water deprivation, sodium ion toxicosis, higher intake of the sulfur and lead poisoning [13]. Hence it is important to regulate the production of hydrogen sulfide in the rumen.

The production of H2S in the rumen is depending on the availability of sulfate reduction by ruminal sulfate-reducing bacteria. In the rumen, so many bacteria, fungi and protozoa are present, some bacteria are sulfate-reducing bacteria (SRB) and these bacteria are anaerobic. These bacteria can reduce sulfate into hydrogen sulfide in the rumen of the animals [19], and the reaction is demonstrated in Figure 1. Lewis et al. (1954) [18] verified that in the rumen of sheep, sulfate could be reduced into hydrogen sulfide. It was also confirmed in the in vitro trial that substance-reducing particles in fermentation broth could be reduced by the use of numerous sources, for example, ethanol, glucose, malic acid, citric acid and lactic acid. Though in 1960, the first strain of SRB was isolated, research on sulfate reduction in the rumen was conducted during the 1953. Desulfovibrio is SRB major strain that was found in the rumen by Howard et al. [20]. Cummings et al. (1995) [21] conducted research on steers fed high sulfate diet and concluded that there was no upsurge of SRB population, but the capability to decrease sulfate in the rumen was boosted. The source of sulfur (S) performs a vital role in the use of S and the concentration of H2S in the rumen of ruminants—especially in an increased dietary S in total mixed ration. Availability of S for ruminal reduction is more useful than total S in the diet since the differences in ruminal H2S concentration is successfully evaluated in ruminal protein sulfur and ruminal S availability (RAS) intakes instead of total intake of S [22]. Following an in vitro technique, the individual ingredients can be used to predict the coefficient of RAS. Meanwhile, the intake form can be controlled by the concentration of H2S in the ruminants. The organic source of S is methionine and can be absorbed easily as amino acids. This makes it unavailable for the reduction in the rumen to sulfide and the reverse is true; thus, the inorganic source of S is vulnerable to be metabolized in the rumen to form other dangerous compounds, including H2S. Therefore, the concept of RAS is vital to predict H2S concentration in the rumen instead of focusing the available S in the diet [23]. 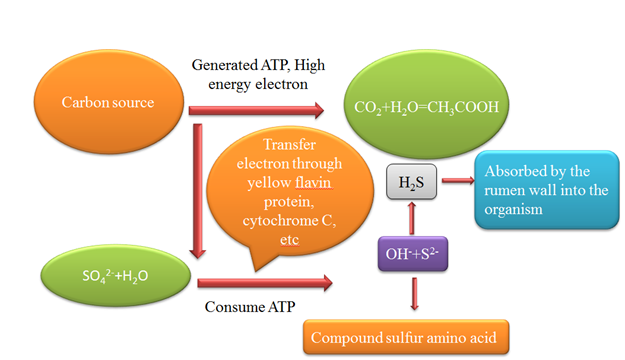 Figure 1. Sulfur-reducing bacteria use the sulfate to produce hydrogen sulfide.

3.2. Sulfide-Reducing Bacteria and Methanogens Relationship in the Rumen

There is an interactive and competitive relationship among methanogens and SRB. SRB and methanogens compete with each other for the requirement of the hydrogen for metabolism through anaerobic reactors [24]. Correspondingly, in the rumen, as SRB reduce sulfate to sulfide and methanogens reduces CO2 to produce CH4. SRB can also competitively attach to hydrogen ions. In the rumen, SRB’s compatibility with methanogens depends mainly on the sulfate levels [25][26]. If sulfate levels exceed a certain concentration in the rumen, the production of methane can be decreased. Nevertheless, when the concentration of sulfate becomes very low, a mutually beneficial and symbiotic association develops through hydrogen generation among methanogens and SRB, signifying ‘interspecific transfer of hydrogen. Reducing the level of sulfates in the rumen by SRB can make SRB a source of hydrogen sink [27]. Taking into account the two considerations of thermodynamics and matrix affinity, SRB has an advantage in competing with methanogens for hydrogen [28]. However, few studies have shown that methanogens cannot contest with SRB for hydrogen, though SRB and methanogens coexist [29][30]. The absolute benefit of SRB in the use of hydrogen is similarly verified by the kinetic parameters of the potential difference. The hydrogen ion is more inclined towards SRB, since the energy provided by the sulfates is greater. SRB has a low value of usable critical level for hydrogen relative to methanogens. Hence, the lower level can be used by SRB as opposed to that of methanogens. Furthermore, the temperature is also a significant aspect of the rivalry among methanogens and SRB for hydrogen. SRB dominates under moderate temperature circumstances (37 °C); however, methanogens have significant advantages in high-temperature settings (55 °C) [31]. Erin et al. (2011) reported that the level of H2S in rumen of same diet cattle were change due to the change in the SRB population in the rumen of each cattle[32].

More
© Text is available under the terms and conditions of the Creative Commons Attribution (CC BY) license; additional terms may apply. By using this site, you agree to the Terms and Conditions and Privacy Policy.
Upload a video for this entry
Information
Subjects: Zoology
Contributor MDPI registered users' name will be linked to their SciProfiles pages. To register with us, please refer to https://encyclopedia.pub/register :
Ali Mujtaba Shah
View Times: 434
Revisions: 2 times (View History)
Update Time: 28 Sep 2020
Table of Contents
1000/1000
Hot Most Recent