+1 point
Thank you for your contribution! You can also upload a video entry related to this topic through the link below: https://encyclopedia.pub/user/video_add?id=20386
Check Note
2000/2000
Cemetery Tourism

Cemetery tourism (thanatourism) is a specific sub-section of dark tourism that is becoming increasingly popular. Tourists wander through burial grounds with the aim of discovering the artistic, architectural, historical, and scenic heritage that often abounds in cemeteries. The changing perception of cemeteries from a place for burial towards a cultural heritage space provides several opportunities for tourism. It enables the community to explore the development of products and services that help the destination to gain new income while preserving its heritage.

The role of urban green infrastructure or urban green areas is growing in cities as a result of population growth and urban intensification. In recent years, the COVID-19 pandemic has amplified the importance of open spaces for the local population, who spend more time in parks and other green spaces available in close proximity to their home. Cemeteries, similar to urban parks, represent an important part of the urban ecosystem, being the remaining semi-natural habitat of many species of plants and animals. However, there is no equivalence between cemeteries and public parks: while their functions and uses are similar in many respects, specificity could be mentioned as well. Cemeteries are part of the urban green infrastructure network, however, their use is limited in both time and in function. Although the use of cemeteries and parks has converged in recent decades, significant differences nevertheless exist between them (Figure 1). 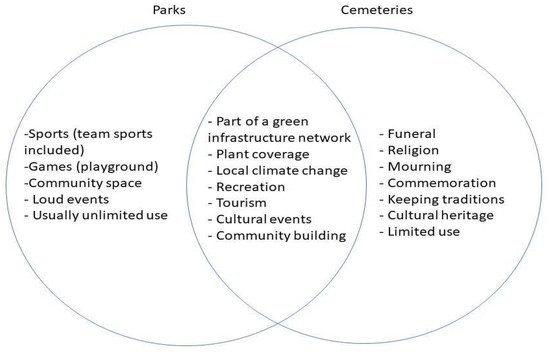 Figure 1. Differences between the functions of cemeteries and public parks.
While the use of cemeteries for recreation and tourism purposes is not yet considered conventional, the rise of ‘green needs’ can be expected to increase their role in the future. On average, four million people visit Budapest cemeteries every year, and on the All Saints’ and All Souls’ Day the number of visitors can reach 1–1.5 million individuals over 2–3 days. However, no general statistics are available on the number of visitors coming to cemeteries with targeted touristic and recreational aims.
The value of cemeteries for the tourism sector lies in both the cultural aspects they offer and in the vegetation and green spaces that frame their physical realities, which can offer many services. “There are many types of cemeteries. As many as man and his follies,” writes Károly Eötvös [1] (p. 175). The layout, the use of materials, and the way of commemoration can vary from simple wooden headstones to massive stone carvings and sculptures. In Hungary, there are several legendary cemeteries where families commemorate their deceased relatives according to special traditions, and these sites have become tourist attractions. In Szatmárcseke (HU), the graveyard with its nearly 600 dark headstones representing a man’s head or a man lying in a boat is a unique sight [2]. In Balatonudvari, near the national road crossing the village, the local cemetery is protected due to its heart-shaped tombstones carved in white limestone [3] (Figure 2). The cemeteries in the region of Őrség (a cultural landscape area in Hungary near the Slovenian border) are a reminder of a unique burial tradition in the country. In Kercaszomor and other settlements in this region there exist some old and unique wooden headstones that were once erected for Calvinist deceased. This tradition is now extinct, and cemeteries with these sights are today only a tourist attraction [4]. In Hajdúböszörmény, in the former Calvinist graveyard known as the Nyugati Cemetery, we can see typical 19th century gravestones with their boat-shaped headstones [5]. 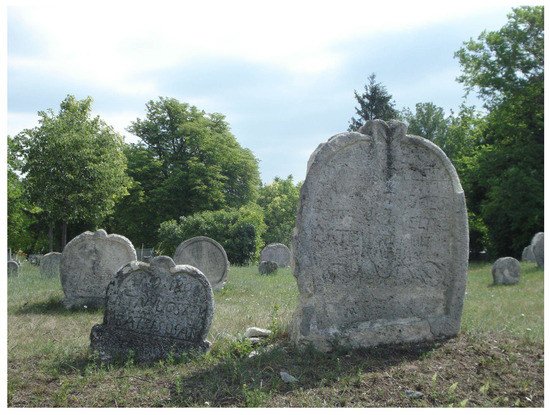 Figure 2. Heart-shaped gravestones in the cemetery of Balatonudvari.
In addition to cemeteries that are special due to their burial traditions, there are other tourist attractions related to memorial places in the country: the Historical Memorial Site of the Mohács Battle, the Budaörs Military Cemetery and Peace Park (Deutsch-Ungarischer Soldatenfriedhof) [6] (Figure 3), the British Military Cemetery in Solymár, the Turkish memorial tomb of Gül Baba in Budapest (Gül baba türbéje) [7], and the Old Christian burial chambers site in Pécs, which is on the Unesco World Heritage List [8]. 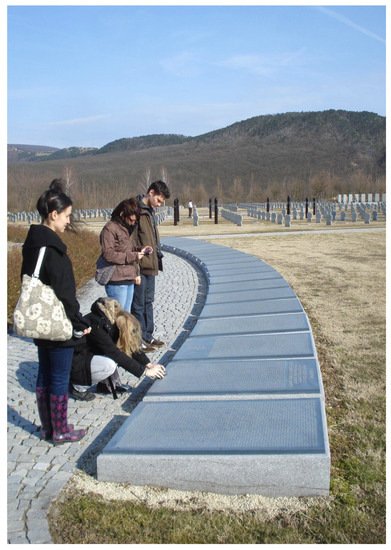 Figure 3. Tourists in the German–Hungarian Military Cemetery in Budaörs.

“Today, cemeteries are more than a place of reflection. They are a place of beauty and a place of history” [9]. A cemetery is a green open area [10], a “garden” with architectural and sculptural elements. It performs an ecological function and it is a permanent element of the landscape. It offers a chance for survival to many species of plants and birds, especially in cities, and natural “monuments” are often found among the many trees [11]. Because of their characteristics and location, throughout history cemeteries have often had a secondary function in addition to their primary one [12][13]. In the Middle Ages, church graveyards were often the central points in cities, and were the sites of fairs and festivities as well as being used for local parliaments, trials, preaching, miracle play performances, folk rites, executions, and demonstrations; however, the cemetery has always been a place of solemnity.
The majority of historical cemetery complexes are park-type areas, and are endowed with recreational facilities: clean air, silence, limited urbanization, aesthetic landscape features, and favorable climatic and bioclimatic conditions [11]. Visiting cemeteries can therefore be an opportunity for recreation. “It can be a place to get one’s thoughts rested and let them stretch themselves out. So, it is very good mentally. Yes, good to the eye and good for the head.” (man in his 40s visiting the Old Town Cemetery) [12] (p. 1). As cities become denser, green spaces are in danger of decreasing. Evensen et al. [14] (p. 76) argue that “in densified parts of cities the cemetery may be the closest greenspace accessible for every-day use” [15] (p. 2). This may have consequences for how urban cemeteries shift from being burial spaces to becoming spaces for recreation [12][13].

In the twentieth century, people began to travel to sites associated with death out of curiosity rather than because of their philosophical or spiritual connotations, thus initiating the origins of dark tourism. Dark tourism is the act of travel and visitation to sites, attractions, and exhibitions that have a connection to real or recreated death, suffering, or the seemingly macabre as a main theme. Tourist visits to former battlefields, slavery-heritage attractions, prisons, cemeteries, particular museum exhibitions, Holocaust sites, and disaster locations all constitute the broad realm of ‘dark tourism’ [16].
Cemetery tourism (thanatourism) is a specific sub-section of dark tourism that is becoming increasingly popular [17]. Tourists wander through burial grounds with the aim of discovering the artistic, architectural, historical, and scenic heritage that often abounds in cemeteries. The changing perception of cemeteries from a place for burial towards a cultural heritage space provides several opportunities for tourism. It enables the community to explore the development of products and services that help the destination to gain new income while preserving its heritage [18].
Cemeteries are more than just resting places for the dead; they serve a practical purpose, serve as historical markers, reflect cultural values, and impress visitors with their gorgeous designs and much more. Many people find cemeteries particularly interesting for these and other various reasons. Most cemeteries welcome the public free of charge, and many offer thematic maps, brochures, smartphone apps, audio tours, or guided tours that highlight notable graves, statues, monuments, chapels and other architectural structures of the site [9]. There are many books that have been written on the topic in recent years, for example, Stories in Stone: A Field Guide to Cemetery Symbolism and Iconography, by Douglas Keister; Beautiful Death: Art of the Cemetery, by David Robinson and Dean Koontz; and Your Guide to Cemetery Research, by Sharon DeBartolo Carmack. Today, many tourist guide books include cemeteries which may attract different groups of travelers and inspire the development of newer cemeteries.
One of the 45 European Cultural Routes of the Council of Europe is the European Cemeteries Route, certified in 2010. The European Cemeteries Route refers to cemeteries as ‘places of life’, environments that, as urban spaces, are directly linked to the history and culture of the community to which they belong and where people can find many of their references [19].

More
© Text is available under the terms and conditions of the Creative Commons Attribution (CC BY) license; additional terms may apply. By using this site, you agree to the Terms and Conditions and Privacy Policy.
Upload a video for this entry
Information
Subjects: Horticulture
Contributor MDPI registered users' name will be linked to their SciProfiles pages. To register with us, please refer to https://encyclopedia.pub/register :
Ágnes Sallay
View Times: 1078
Revisions: 3 times (View History)
Update Date: 10 Mar 2022
Table of Contents
1000/1000
Hot Most Recent