+1 point
Thank you for your contribution! You can also upload a video entry related to this topic through the link below: https://encyclopedia.pub/user/video_add?id=20141
Check Note
Victoria Samanidou 2022-03-07 08:04:23
interesting topic and contribution
2000/2000
Zooceuticals and Cosmetic Ingredients Derived from Animals

Many substances derived from animals are used as ingredients in the cosmetic industry and constitute a particular type of product: zooceuticals. The main ingredients used can come from insects, such as snail slime; land animals, such as lanolin; and marine animals, such as marine collagen. Today, they are used less than in the past for hygienic–sanitary, ethical, and ecological reasons. Moreover, some can give rise to irritative or allergic dermatitis. However, they still represent a fraction of the common ingredients in certain types of cosmetic products today.

Cosmetic products containing ingredients of animal origin or, more generally, of zoological origin, are called zooceuticals [1][2]. This term is rarely used, and biocosmetics, cosmeceuticals, or natural cosmetics are spoken of more frequently because they contain ingredients of natural origin [3]. However, zooceuticals concern all cosmetic products for human use. They are not synonymous with “cosmetics for animals”, which are completely different products and are only for veterinary use or for the skin-care or hair-care of pets.
The chemicals used as cosmetic ingredients, as is known, can be grouped into three main groups of ingredients. The first group consists of the basic ingredients, which form the major quantity of the cosmetic product. The second group is formed by the functional substances that give the specificity of action to the cosmetic product, and finally, in the third group, there are additives, i.e., all substances added in low quantities to improve the characteristics of the product in terms of quality, safety, texture, appearance, and pleasantness. Animal-derived ingredients can be used both as basic ingredients and as functional substances or additives, depending on the characteristics of the chemical used. Animal-derived ingredients are frequently polyfunctional, such as snail slime, and can contain a variety of substances with various cosmetic actions and uses, even if the majority of these chemicals are used as functional substances with moisturizing, soothing, anti-aging, or, more broadly, conditioning effects for the skin, hair, and/or scalp.
Animal derivatives, used as ingredients in cosmetics, often do not require the sacrifice of the animal—consider, for example, snail slime—or they are replaced by substances derived from plants, by chemical synthesis, or by biotechnological applications, such as hyaluronic acid, produced in the laboratory from bacterial cultures. In other cases, however, they represent by-products of the animal industry, such as crests, horns, hooves, and skin, and therefore derive from animal sacrifice [4].
Today, animal-derived ingredients are less frequently used for various reasons [5]. They include the infectious risk of some derivatives, but also ethical issues (animal cruelty) and concerns regarding the protection of biodiversity and endangered species, such as whales and turtles [6][7].
In particular, the ethical issues regarding ingredients of animal origin for cosmetics refer both to respect for animals (animals suffer similarly to humans) and to the defense of biodiversity in order to preserve animal species from extinction. This includes defending the entire ecosystem. Laws have been enacted to protect endangered species of animals, and hunting for wildlife is regulated in many countries. In addition, consumer awareness has grown in this regard, as has society in general and the attention of manufacturing companies themselves. Certifications, such as vegan and halal, have proliferated to ensure that the ingredients in cosmetic products were obtained without causing animal cruelty or harm to animals [8][9]. Ingredients obtained without causing suffering or harm to animals, such as snail slime and the majority of bee derivatives, do not raise any ethical concerns. The situation is different as regards ingredients of animal origin deriving from breeding and the meat and fish industries: in this case, they represent by-products, i.e., waste from the production of products intended for food consumption [10]. The use of these by-products in the cosmetic industry is allowed if they comply with purity, safety, and hygiene requirements. However, as mentioned above, where possible, they have been replaced by similar vegetable substances or by synthetic derivatives. Moreover, today, many animal ingredients used in past centuries have fallen into disuse because they are not effective or are dangerous to health [11].
As is true for all other substances used as cosmetic ingredients, both vegetable and synthetic, ingredients of animal origin, including their derivatives, must comply with the quality, purity, and safety requirements for use as ingredients in the cosmetic industry. Furthermore, they must not be toxic, contain impurities, or pose a health risk to the consumer, including the risk of transmission of infectious agents. Toxicity due to dermal exposure, including irritation, sensitization, and phototoxicity, has been assessed in toxicological studies, and any adverse effects are reported in cosmetovigilance [12].
To facilitate the classification of cosmetic ingredients of animal origin, it is possible to group them into categories, as proposed by Proserpio and Passerini [13] and reported in Figure 1, i.e., ingredients derived from insects (group A), derived from land animals (group B), and derived from marine animals (group C). 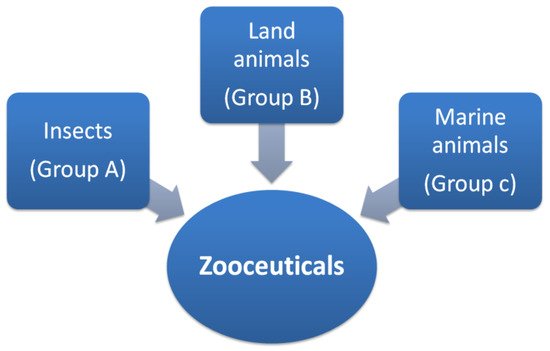 Figure 1. Grouping of ingredients of animal origin in zooceuticals.

Substances derived from insects and used as ingredients in cosmetic products rarely result from animal sacrifice, and they are often obtained without causing animals to suffer. Thus, they are, in most cases, cruelty-free. They can be by-products of the bee, snail, and silk industries. The ingredients derived from these animals, generally grouped into the so-called Group A [13], are used especially as functional substances (for example, snail secretions, honey, and silk extract). They are less commonly used as basic ingredients (for example, fatty substances such as beeswax) or cosmetic additives (dyes such as carmin/CI 75470).
Most of the cosmetic ingredients derived from insects come from bees and snails. Other less-used ingredients are obtained from cochineal, silkworms, and spiders.

Substances derived from land animals and used as ingredients in cosmetic products often result from animal sacrifice and/or are by-products of the meat and livestock industries. While, in the past, these substances were widely used, today, their use has been reduced in favor of the use of plant analogs or synthetic substances. The exclusion of some natural ingredients, such as civet oil and ambergris, is due to the protection of endangered species, to ethical issues related to violence against animals, and to health and hygiene issues [5][6][7][11].
The ingredients derived from land animals, generally grouped into the so-called Group B, are used both as basic ingredients (for example, fats and fatty substances such as lanolin) and especially as functional substances (for example, hyaluronic acid, collagen, elastin, and keratin) in very different cosmetic products and for the most diverse uses, from moisturizing products for dry skin to anti-aging products. They are used less frequently as cosmetic additives.
Most of the cosmetic ingredients derived from land animals come from the cattle industry, especially collagen, elastin, and keratin. This is followed by the sheep industry, particularly for the extraction of lanolin, and the poultry industry to obtain the animal source of hyaluronic acid. Fats, milk, and other less-used ingredients are obtained from ducks, camels, horses, donkeys, minks, ostriches, pigs, and reptiles.
Many ingredients derived from terrestrial animals are no longer used and have therefore fallen into disuse as they lack any real cosmetic effect or efficacy, linked to popular traditions and pseudo-sciences of past centuries (magical–alchemical traditions) or are even dangerous to human health. Some examples are goat feces, dog feces, rat feces, pig brain, ram’s fat, chicken feather juice, turtle blood and oil, and toad blood [11]. Furthermore, some ingredients, such as milk (cow, horse, donkey), milk proteins, casein, milk derivatives, and the aforementioned lanolin, can cause dermatitis or allergies in sensitive and predisposed subjects [14].

Substances derived from marine animals and used as ingredients in cosmetic products often result from animal sacrifice and/or are by-products of the fishing industry. Some of these substances have been replaced with plant analogs or synthetic substances, as happened with ambergris.
Ingredients derived from marine animals, generally grouped into the so-called Group C, are mainly used as functional substances (for example, marine collagen). In other cases, they are used as basic ingredients (for example, fish oil) or as cosmetic additives.
Most of the cosmetic ingredients of marine animals come from fish and some from crustaceans. Other ingredients, such as plankton, cuttlefish extract, and fish semen, are rarely used and are often found in high-end cosmetic products.

In cosmetics, various substances of animal origin are used as ingredients. Products that contain animal derivates, in part (such as some types of face creams) or wholly (such as snail slime serums), are called zooceuticals.
The most common ingredients are beeswax, snail’s slime and derivates, collagen, elastin, keratin and their respective hydrolyzed derivates, hyaluronic acid and derivates, lanolin and derivates, and chitosan. Other types of ingredients are used less frequently or in specific products, such as nail-care or hair-care, and many substances are now replaced by similar molecules extracted from plants, or of biotechnological or synthetic origin. This is due to hygienic–sanitary needs (preventing the spread of diseases, such as TSE/BSE), and ethical (cruelty-free) and ecological (safeguarding species in danger of extinction) concerns.
Over the years, in fact, the sensitivity of consumers has greatly increased and the laws have rightly become more stringent in terms of the safety, ethics, and quality of cosmetic products (also thanks to the improvement of scientific knowledge and cosmetovigilance).
Consequently, the attention of producers has also increased, and INCI formulas of cosmetic products today take into account all these factors, as well as compliance with other voluntary standards such as vegan, organic, kosher, and halal, which include or exclude one, more, or all ingredients of animal origin [15].

For more details on these topics, including ingredient lists, and insights, refer to the complete article by the authors Cristiano & Guagni [16].

More
© Text is available under the terms and conditions of the Creative Commons Attribution (CC BY) license; additional terms may apply. By using this site, you agree to the Terms and Conditions and Privacy Policy.
Upload a video for this entry
Information
Subjects: Chemistry, Applied
Contributor MDPI registered users' name will be linked to their SciProfiles pages. To register with us, please refer to https://encyclopedia.pub/register :
Luigi Cristiano
View Times: 322
Revisions: 4 times (View History)
Update Date: 07 Mar 2022
Table of Contents
1000/1000
Hot Most Recent