+1 point
Thank you for your contribution! You can also upload a video entry related to this topic through the link below: https://encyclopedia.pub/user/video_add?id=17307
Check Note
2000/2000
β-Ti Alloys for Orthopedic and Dental Applications

Ti and Ti alloys have charming comprehensive properties (high specific strength, strong corrosion resistance, and excellent biocompatibility) that make them the ideal choice in orthopedic and dental applications, especially in the particular fabrication of orthopedic and dental implants. However, these alloys present some shortcomings, specifically elastic modulus, wear, corrosion, and biological performance. Beta-titanium (β-Ti) alloys have been studied as low elastic modulus and low toxic or non-toxic elements.

Titanium and its alloys have been widely used as bone implants in clinical dentistry and orthopedics, especially CP Ti (α) and Ti-6Al-4V (TC4, α + β) [1]. However, the development of CP Ti and TC4 was restricted because of high elastic modulus and toxic element vanadium (V). Low elastic modulus and non-toxic β-Ti alloys were designed to solve these problems. β-Ti alloys majorly represented a β-phase-dominated microstructure after annealing and air cooling to room temperature with the BCC form of titanium (called beta). The alloying elements in the titanium matrix can be one or more of these metals, including molybdenum (Mo), vanadium (V), niobium (Nb), tantalum (Ta), zirconium (Zr), manganese (Mn), iron (Fe), chromium (Cr), cobalt (Co), nickel (Ni), and copper (Cu) [2][3][4]. The combination of different types and contents of elements leads to a variety of β-Ti alloys with distinct properties; the resultant β-Ti alloys usually have excellent formability and facile welding characteristics [5][6].

As shown in Table 1, these Ti alloys have been applied as implants in clinical surgery. Nevertheless, the low wear resistance of Ti alloys became the new issue. Researchers developed varieties with modified processing and technology to enhance the wear resistance and endowed β-Ti alloys with antibacterial properties and bone regeneration.

Table 1. The uses, advantages, and disadvantages of Ti and its alloys.

The elastic modulus is one of the most specific mechanical characteristics and among the vitally prominent physical indicators that substantially affect the long-term stability of implants in medical applications. In this regard, the maximum elastic modulus of human bone is 15–30 GPa, while the elastic modulus of CP Ti (100 GPa) and TC4 (112 GPa) is far higher than that of human bone [1]. The elastic modulus of β-Ti is more than 50 GPa, which is higher than that of human bone [7][8][9][10]. Because of the mismatch in stiffness, most of the stress is concentrated on the implants. Human bone grows and rebuilds during the whole process. Thus, the bone density may decrease due to a lack of load in the long-term surrounding the implants, which causes bone resorption or nonunions and a stress shielding phenomenon while affecting usual recovery [11]. On the other hand, low elastic modulus material will severely deform after being stressed and lose its supporting effect [12]. Moreover, achieving an intimate attachment of implanted Ti alloys to the biological tissue is challenging and may lead to implant fracture and fall off the tissue. Thus, it is necessary to explore the relationship between the elastic modulus and chemical composition, hardness, and porosity. To overcome the issue regarding stress shielding, different chemical compositions and microstructures of β-Ti alloys were developed; some of them have been used in the biomedical field (Table 1), and some are still at the research stage. In Figure 1, some researchers reported an approach to control the elastic modulus by designing the material microstructures. Hardness improvement without affecting other properties is of particular importance in β-Ti alloys for implants [13][14]. 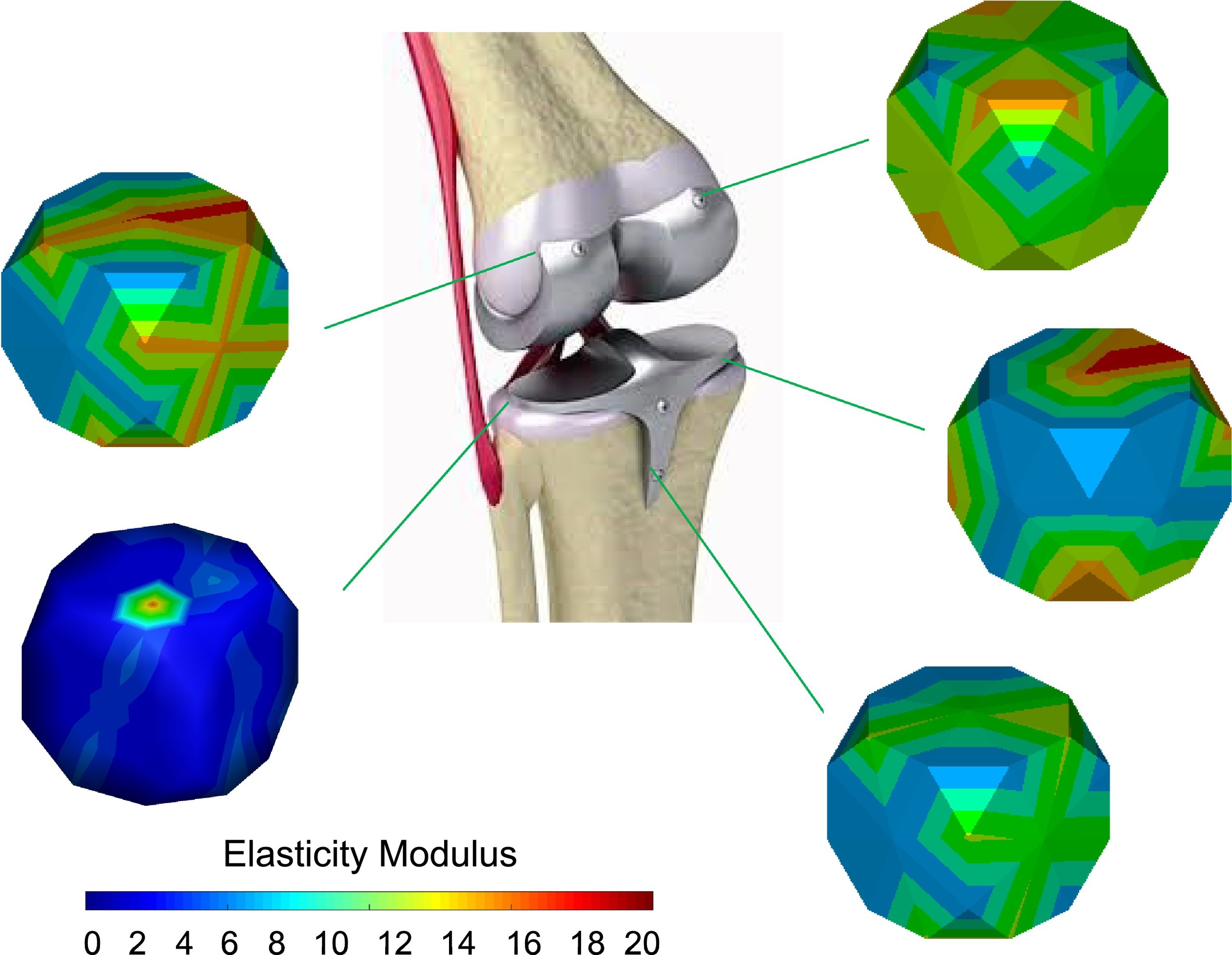 Figure 1. Design of the elastic modulus by changing the material microstructures. Reproduced with permission from [15], copyright Elsevier, 2020.

The Ti alloys always present low wear resistance. The high coefficients of friction and large wear loss are considered as the negative factors of the tribological behaviors. Although there is high corrosion resistance, the protective oxide layer on the surface of Ti alloys can be destroyed during infection in body fluid with low oxygen content and biomolecules. The wear and tear of the prosthetic components (femoral head and cup of a hip implant) creates metallic wear debris with the size of 0.05 μm that leads to adverse cellular responses, toxicity, and inflammation, ultimately causing osteolysis, implant loosening, or the formation of a pseudo-tumor [16][17][18][19]. The wear debris percentage is about 4%–5% of all the implant failure cases.

The electrochemical performance (corrosion resistance) of Ti and its alloys’ implants has a decisive role in human health. In the body fluid environment, , increasing the risk of cytotoxic and even genotoxic and allergic responses in medical implantation. The corrosion of objects may produce adverse effects, reduce the implant life, and endanger the safety of human life. In addition, the implants may cause failure due to corrosion-fatigue under the effect of cyclically load. The reason for corrosion failure is related to implant design. The number and size of defects (including porosity, grain, and inclusions) decides the quality of implants. Due to the micro-current effects between the different phases and almost non-toxic elements, β-Ti alloys have broad prospects in biomedicine compared with other Ti alloys [29].

Another crucial requirement for long-term implant stability is related to their favorable biological response. In this regard, bacterial infection is one of the main reasons for the failure of Ti alloys in human implants [30]. It is reported that the implants’ failure rate reaches 0.5%–5% due to bacterial infection [29]. Regarding bacterial infection, particular pathogens result in biofilms and microbial reproduction on the surface of implants after adhering, colonizing, and proliferating, leading to bone destruction [31]. The biofilm is hard to remove, which results in revision surgeries. In order to promote the biomedical application of β-Ti alloys, it is of crucial importance to increase the antibacterial abilities of β-Ti alloys.

The excellent bone regeneration decides the stability and service life of implants. Generally, Ti and Ti alloys are bio-inert [32]. The factors affecting the bone regeneration process are the patient’s age and bone quality, and anatomical location [29]. The elastic modulus, hardness, wear resistance, and corrosion resistance may cause low bone-implant contact then implant failure.

Hence, these properties are mutually influencing and closely connected. The stress shielding, toxicity, and poor wear resistance are difficult to overcome [33]. Developing novel β-Ti alloys without toxic elements is the only choice to solve these problems. The elastic modulus of β-Ti is lower than other Ti alloys implants. Moreover, the wear resistance can be improved by surface modification.

In the recent literature, there are many review articles on Ti alloys and on Ti alloys for biomedical applications via the surface modification method to improve their properties [1][20][21]. The previous reviews did not focus exclusively on orthopedic and dental applications and did not focus exclusively on substrate (surface) modification methods but also included coating deposition methods.

The purpose of the review is to perform a critical review of the literature on the surface modification methods, with an emphasis on the improvement in the hardness, wear resistance, friction coefficient, corrosion resistance, antibacterial activity, and bone regeneration performance of β-Ti alloys in orthopedic and dental applications. Moreover, the review also includes a brief discussion of the shortcomings of this body of literature.

β-Ti alloys show notable potential in orthopedic and dental applications, mainly as low modulus and low or non-toxic elements. However, low wear resistance is a challenge for β-Ti alloys, which causes abrasive particles running in the body fluid environment. Additionally, corrosion behavior may lead to infection and implant failure. Besides, despite excellent biocompatibility, antibacterial ability and bone regeneration are also necessary with β-Ti alloys for bone recovery. Researchers have studied and developed various novel β-Ti alloys, but there is a lack of systematic optimization. The traditional methods of selecting chemical compositions have high time costs. This results in most of the β-Ti alloys still being in the fundamental research stage rather than clinical surgery. Thus, a general standard is necessary to be formulated. Moreover, the relationship of hardness, friction behavior, and corrosion resistance is not clarified yet. It seems that the new strategy may be to explain the relationship between these characteristics by computer simulation. The single and comprehensive model of the simulated environment needs to be designed to reduce unnecessary animal experiments in vivo. In short, β-Ti alloys present considerable prospects in the future for orthopedic and dental applications.

More
© Text is available under the terms and conditions of the Creative Commons Attribution (CC BY) license; additional terms may apply. By using this site, you agree to the Terms and Conditions and Privacy Policy.
Upload a video for this entry
Information
Subjects: Engineering, Biomedical
Contributor MDPI registered users' name will be linked to their SciProfiles pages. To register with us, please refer to https://encyclopedia.pub/register :
Qingge Wang
View Times: 423
Revisions: 3 times (View History)
Update Date: 28 Mar 2022
Table of Contents
1000/1000
Hot Most Recent