Submitted Successfully!
Thank you for your contribution! You can also upload a video entry related to this topic through the link below:
https://encyclopedia.pub/user/video_add?id=16001
Check Note
2000/2000
GIS and IoT Integration
Edit
This entry is adapted from 10.3390/app112110365

Internet-of-Things (IoT) concentrates on enabling communication between Things. It is a broadband network that uses standard communication protocols. Geospatial Information System (GIS) is a powerful set of tools that deal with capturing geospatial data, managing that data in a database, analyzing and pattern recognition, and finally visualizing information. IoT, as an emerging technology along with GIS, can result in advanced and user-friendly features in Smart Cities.

1. GIS and IoT Integration Use Cases

Nowadays, GIS and IoT-based systems are not only at developers’ center of attention but also at officials’ and organizations [1][2][3][4]. With the wide range of applications provided by these integrated systems [5][6], they are being used in many aspects including urban and rural developments. These studies were categorized into seven groups indicated in Figure 1. 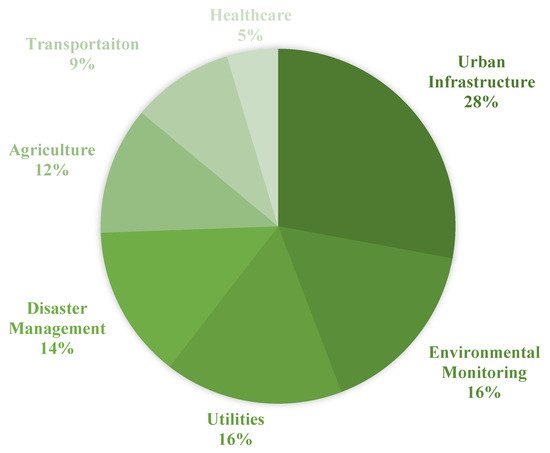 Figure 1. Industry share of GIS and IoT integrated applications.
As it is shown in Figure 1, Urban Infrastructure mostly including smart city-related studies has been the most frequent domain of applications [7][1][4][8]. Environmental Monitoring and Utilities shared the same frequency of 16% [3][9][10]. On the other hand, less attention was paid to the Healthcare industry in GIS and IoT integrated point of view [11]. These industry shares can be compared with the estimated market share of IoT applications by 2025 [12] in which Healthcare is projected to have the most economic influence. Therefore, it would be a great opportunity to focus on the Healthcare industry to use the great functionality of GIS simultaneously with IoT.

Utilizing GIS holds some benefits in the phases of developing a new infrastructure namely planning, designing, construction, and operation [5][13][14]. The capability of handling both spatial and non-spatial data makes GIS a great tool for performing efficient management. In addition, marking the ability to provide digital representations of the Earth’s surface, Reference [15] suggests developing digital urban infrastructure. With the great functionalities provided by IoT and GIS mentioned above, the integration of these two technologies would result in more effective systems. Reference [16] investigates other technologies like GIS to be integrated with IoT to be used in different aspects of urban infrastructure.

The combination of GIS and Transportation called GIS-T [17][18] holds some benefits in facing the problems like transportation planning [19][20], design [21], maintenance [22], and decision-making [23][24]. In Reference [18], GIS-T is discussed in three stages namely the map view, the navigational view, and the behavioral view. The map view stage relates to inventory and description of transportation systems. The second stage, the navigational view, focuses on connectivity and planarity in addition to storing time-dependent attributes. Finally, dealing with transportation-related events as dynamic ones are proposed in the behavioral stage. In order to tackle the future challenges of transportation systems, the combination of WebGIS/cloud computing/big data is suggested in [17]. In addition, IoT by providing affordable sensors together with the proliferation of internet infrastructure can be helpful in GIS-T. Reference [25] proposes an IoT-based ITS constructed by three components namely the sensor system, monitoring system, and the display system.

According to Reference [26], RFID, a valuable technology, has been used in disaster management studies the most. In addition, GIS, being used nearly by 60%, can be considered almost as an inextricable part of disaster management where Reference [27] suggests exploiting GIS due to the advantages over conventional maps. It is also worth mentioning that the capability of GIS as a simulating tool is highlighted in [26] by analyzing studies utilizing GIS and WSN to predict flood damage [28][29].

IoT can be beneficial in implementing environmental managing systems such as real-time monitoring by means of storing the data, transmission, and processing remotely. Reference [30] presents a system that monitors water quality by measuring five parameters like the turbidity and temperature of the water using IoT. The monitoring system proposed in this study diminished the time and costs in assessing water quality in reservoirs. In addition to IoT, GIS can play a significant role in monitoring systems as well [31][32][33]. As mentioned in [32] the ability of GIS to handle geometric, thematic, and temporal geospatial data makes it suitable for environmental data management. Therefore, the integration of GIS and IoT studies would provide more advantages at the same time in environmental monitoring systems.

Broadly speaking, agriculture can be considered as an inherently geospatial practice [34] which not surprisingly can be pertained to GIS subjects. According to Reference [34], GIS and spatial decision support hold some benefits in agriculture such as Enhancing the efficiency of food production systems [35][36][37], Managing pests and diseases [38][39][40][41], Minimizing soil erosion [42][43][44], Preserving biodiversity [45][46], and simulating the effects of climate change [35][47]. Combining GIS with other technologies such as IoT would be a great step toward improving current systems in the mentioned aspects in agriculture since utilizing just mere geospatial data and analysis will no longer perform well in some agricultural issues [48].

Smart utilities cover a wide range of applications such as Waste, Water, Lighting, and Logistic Management [6][49]. There is a tendency toward developing an intelligent utility system aiming at the delivery of city utilities to be efficient, reliable [50]. The integration of technologies such as IoT and GIS lead to making faster decisions in managing and controlling utility systems [49][51].

For Waste Management, GIS plays a significant role mostly in optimizing the municipal waste collection system [52][53], vehicle routing, and scheduling the systems [54][55][56]. GIS helps decision-makers in analyzing and simulating different spatial scenarios by providing an advanced modeling framework [52][57]. The proliferation of sensors and the capabilities of IoT in real-time managing and monitoring holds some benefit in the waste collection too [58].

For Lighting, two problems are faced by most researchers. First, lighting data does not satisfy the proper spatial resolution. Besides, collecting data by measurement campaigns is costly [59][60]. A networked lighting system would be advantageous in local optimizations of illumination due to the presence of sensors [61]. Integrating such systems with IoT will result in remote management [60]. In addition, smart lighting is introduced as one of the most relevant uses of IoT in smart cities by The IoT European Research Cluster (IERC) [62]. The research performed by [59] indicates a need for a more effective lighting infrastructure in urban areas not only to bring luminance but also to provide safety for citizens. Therefore, they proposed a local illuminance GIS mapping. GIS is used to store automatically the ID of the sensors, light measurement data, the timestamp of the measurement, and the GPS position. Besides a tool for storing data, GIS is responsible for processing and displaying the information through the map of the quality of streetlights which can also be interpreted by quantitative indexes which area suffers from a low-security level. Therefore, GIS as a mapping tool and IoT by the cost-efficiency potential can be beneficial in lighting issues of cities. Traditional lighting systems suffer from a lack of efficiency in monitoring and are costly in energy and price too [63].

For Water Management, digital maps and special tools in GIS can enhance the efficiency of sewerage networks [64]. ArcCatalog and ArcGIS can be used as network design and analysis tools [65]. The network, designed in ArcCatalog, holds benefits in designing and implementing sewerage systems [66][67], analyzing and monitoring such systems [68][69], and simulating like that of urban sewerage flow volume [70][71].

Discussing the role of GIS in healthcare, the examples of the use of GIS include those concerned with improving the quality of care [72], analyzing the spatial distribution of diseases [73][74][75], planning and assessing location-based services [76][77], enhancing the accessibility of services [78][79]. Sensors and actuators provided by IoT can be beneficial in evaluating the performance of medical equipment [80]. The condition of patients can also be monitored by tracking their medicine consumption through embedded sensors [81]. As another scenario, a risk management system based on IoT, BIM, and GIS is proposed by [11] to monitor real-time risk factors and provide more effective responses. The processing layer of their system hosts GIS which provides the information related to hospitals located near the area they are monitoring with a set of computing and simulation tools.