Submitted Successfully!
Thank you for your contribution! You can also upload a video entry related to this topic through the link below:
https://encyclopedia.pub/user/video_add?id=15960
Check Note
2000/2000
Heat Transfer and Bearing Characteristics
Edit
Upload a video
This entry is adapted from 10.3390/en14206483

Traditional fossil fuels such as coal, oil, and natural gas account for most of the energy share. However, these fuels produce large amounts of harmful gases, causing serious environmental pollution. Research on clean energy technologies has received extensive attention to solve this serious problem, and shallow geothermal energy has been advocated as a kind of typical clean energy because of its characteristics of large reserves, wide distribution, and non-polluting. Ground source heat pumps (GSHP) are the main way to utilize shallow geothermal energy and have been widely used in many countries such as South Korea [1], Japan [2], and others [3]. Vertical and horizontal layouts are the two forms of GSHP, in which the horizontal layout requires a large construction area but the vertical one is costly due to borehole drilling. Considering these two shortcomings, energy piles that embed the geothermal heat exchanger in the pile foundation of the building structure offer a new idea for the promotion of GSHP and simultaneously meet the load-bearing and heat exchange requirements. Energy piles are gradually being used in tunnels [4], bridges [5], and other fields [6][7]. As shown in Figure 1, GSHP consists of a main circuit buried in the piles and a secondary circuit in the upper building, both of which are connected by a heat pump to transfer shallow heat energy to upper buildings [8]. 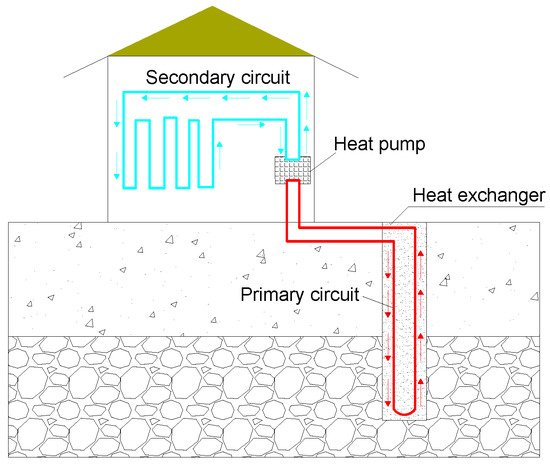 Figure 1. Schematic diagram of ground source heat pumps (GSHP).
Many studies involved in the introduction and analysis of heat transfer for GSHP have been documented. Noorollahi reviewed the previous research and investigations on different ground heat exchanger parameters and their effects [9]. Abuel-Naga investigated the knowledge on the design of energy piles in terms of the geo-structural and heat exchanger functions by [10]. In another study, Fadejev reviewed of available scientific literature, design standards, and guidelines on energy piles [11]. Then, Mohamad explained the knowledge about the thermal and thermo-mechanical behaviors of energy piles [12]. Their works, however, do not address the operational mechanism and optimization of energy piles under thermal-mechanical interactions. The research on energy piles has mainly focused on the heat transfer and bearing characteristics. Heat transfer accompanies heat conduction and heat convection, varying the temperature of the piles and of their surrounding soils. Correspondingly, temperature stresses develop and thus affect the bearing capacity of energy piles. This study systematically summarizes the influencing factors involved in the heat transfer process of energy piles, further presents the heat transfer models adapted to simulate the pile’s performance; then analyzes the structure’s response under temperature loads and proposes a kind of composite energy pile with potential application. The limitations of current research and future research are finally highlighted.

2.1. Heat Transfer between Fluid and Tubes

Figure 2. The shapes of heat exchange tubes.
Table 1. Comparison of heat transfer performance of different tube shapes.
For S-shaped tubes, spiral pitches, are proportional to the heat exchange area. By conducting a thermal performance test using tubes with a pitch of 200 mm and 500 mm, it was found that the heat exchange rate increased with the decrease of the pitch [22]. Figure 3 shows the variation ofQand QRunder different pitches. The heat flow between the tubes interacts in the case of small pitches, reducing the relative heat exchange rate [23][24]. To subside the interaction, some scholars proposed to add an insulation layer around the fluid outlet [25]. The length of the insulation layer is different for variable operation modes.

2.2. Effects of Materials and Geometry on Heat Transfer

Figure 4. Relationship between thermal conductivity and dry density of soil with different water contents, (a) sand; (b) clay.

Within about 10 m under the ground surface, the temperature periodically fluctuates daily and seasonally. Below 10 m depth, the temperature remains relatively constant, which is conducive to continuous heat exchange [39]. In summer, the average temperature of the shallow ground surface is lower than the air temperature and thus the surface buildings can be cooled down. In contrast, the ground temperature in winter is higher than the air temperature, and heat stored underground in summer can be harvested for building heating. However, cooling/heating demand varies seasonally. The heat around energy piles can be correspondingly accumulated or dissipated, leading to the imbalance of soil temperature and further affecting the subsequent periodic thermal cycle [40]. Such an imbalance can be alleviated by integrating solar collectors/cooling equipment to GSHP to compensate for the ground temperature [41] but the costs and long-term performance of this integral have yet to be proven.
Energy piles are mainly adapted in lower buildings and are mostly designed for 5~30 m in length. Heat transfer is concentrated in a certain depth, so the heat transfer range is limited. In most of cold regions, such as Europe and North America, GHSP is successfully used because the temperature where the energy piles are located differs greatly from the atmospheric temperature. The cost of energy piles in warm zones needs to be studied further.
Duration of long-term heat transfer is an urgent issue for energy piles. Seasonal load (unbalanced ground temperature) is the main factor affecting the long-term heat transfer performance of energy piles. In areas where groundwater is rich, the groundwater flow can significantly alleviate the unbalanced ground temperature, while in groundwater-free areas, heat compensation to the soil layer is required but effective forms of the compensation have yet to be designed and improved.

In the linear heat source model, the heat transfer process is simplified to a linear and radiating heat flow, and the following assumptions are made [42]: (1) Initial geotechnical temperature is uniform; (2) heat flow is considered to transfer radially and to be constant; (3) geotechnical material is homogeneous and isotropic. The linear heat source model can be categorized into an infinite line heat source model and a finite line heat source model [43]. The solution of an infinite line heat source model is not accurate under long-term conditions, so a finite line heat source model was proposed. The detailed mathematical expressions of each model based on various shapes can be found in Appendix A.
Hollow and solid shapes are two types of cylindrical heat sources [44][45]. The solid cylindrical heat source model is used in S-shaped piles with large diameter and shallow drilling depth. Based on the classical heat source method, Man [44] proposed 1-D and 2-D heat sources for solid cylinders to consider the effect of the geometry of piles. The 1-D method does not consider the heat transfer in the axial direction. For the 2-D method, the finite heat source and surface boundary temperature are considered.
Groundwater is beneficial to enhance the heat transfer efficiency of the energy piles. Water under the groundwater table moves between the particles of the soil layers, creating horizontal flow that alleviates the heat accumulation. Traditional numerical methods based on steady-state are not appropriate to evaluate the transient process with groundwater. While some models for energy piles combined groundwater have been reported, the accurate evaluation of the heat transfer conditions remains unsolved [46][47][48][49][50][51][52][53].
Compared to vertical GSHP, in the line heat source model and cylindrical heat source model, the characteristics of the energy piles are as follows: (1) The buried depth is small, so the ground temperature boundary cannot be ignored; (2) heat transfer of concrete is significant because of the large pile diameter; (3) for a large range of heat transfer, the thermal properties of soils are time dependent. To simplify analysis, these differences are often ignored. The applicable conditions of the above three models are noted in Table 2; it is known that they do not have high adaptability as many parameters are inconsistent in complex environments. In order to get accurate results in a simple way, the models need to be selected regarding the specific application included for the geometric characteristics of the energy piles and the difference in thermal properties of concrete and soil. In the water-rich rock layer, due to groundwater flow thermal convection can mitigate heat accumulation induced by energy piles. However, such a situation is still too complicated to be simulated because of the complex transient coupling for groundwater. Another challenge is that accurate hydrogeological information cannot be obtained due to the high cost and operational difficulties.
Table 2. Applicability evaluation of main heat transfer models of energy piles.

More
© Text is available under the terms and conditions of the Creative Commons Attribution (CC BY) license (http://creativecommons.org/licenses/by/4.0/)
Upload a video for this entry
Information
Subjects: Engineering, Civil
Contributor MDPI registered users' name will be linked to their SciProfiles pages. To register with us, please refer to https://encyclopedia.pub/register :
Yinghong Qin
View Times: 55
Revisions: 3 times (View History)
Update Time: 15 Nov 2021
Table of Contents
1000/1000
Hot Most Recent