Submitted Successfully!
Thank you for your contribution! You can also upload a video entry related to this topic through the link below:
https://encyclopedia.pub/user/video_add?id=14736
Check Note
2000/2000
Biomethanation Facilities in Europe
Edit
Upload a video
This entry is adapted from 10.3390/en14185591

In line with the long-term strategy of the European Union to become climate-neutral, the energy storage challenge that is induced by volatile renewable electricity production (e.g., with rapidly growing photovoltaic capacities) must be handled. The power-to-methane technology is promising for long-term, high-capacity energy storage. Currently, there are two different industrial-scale methanation methods: the chemical one (based on the Sabatier reaction) and the biological one (using microorganisms for the conversion). The second method can be used not only to methanize the mixture of pure hydrogen and carbon dioxide but also to methanize the hydrogen and carbon dioxide content of low-quality gases, such as biogas or deponia gas, enriching them to natural gas quality; therefore, the applicability of biomethanation is very wide.

Regarding list of the European P2M projects with biological methanation, while most of the projects were listed in recent reviews of Thema et al. [1] and Bargiacchi [2], there are three projects that were not listed previously.
Table 1 shows these projects with the other projects which are monitored by the company based on accessible information about their capacity or status. Besides these 21 projects, Thema et al. [1] listed other biomethanation (mainly research) projects without sufficient (accessible) information:
Regarding future industrial-scale developments, it can be argued that the capacity of larger biomethanation facilities must reach at least 1 MWel to satisfy the demand for electrolysis and also for methanation, which can exceed even 1000 GWel globally [9], and even over 500 GWel for P2M in very positive scenarios [10]. Based on publicly accessible data, six projects reached or are planned to reach the 1 MWel capacity: Energiepark Pirmasens-Winzeln, BioCat Project, Dietikon Microbenergy, INFINITY 1, Power-to-Gas Hungary plant, and HYCAUNAIS. The first five received a detailed description recently by Bargiacchi [2], while the HYCAUNAIS project was introduced above.
Table 1. European biomethanation projects with sufficient accessible information about capacity or status, based on [2][1] and own research.

In the following section, key topics are identified based on the quantitative text analysis, interviews, and the literature.

2.1. Key Topic 1: The Role of Biomethanation in the Hydrogen Economy

Based on the short summaries of the listed projects (ca. 1–3 pages, 2501 total terms, 14,573 total tokens), the most common word is “hydrogen”. Similar influential words are “carbon dioxide” and “methane” (see Figure 1). This result refers to the importance of input factors in the biomethanation sector, and even though it is not particularly surprising, the relative dominance of hydrogen against the other key terms (e.g., methane, storage, biogas, natural gas) is conspicuous. Regarding the trend and advancements towards the hydrogen economy [35], the hydrogen orientation can be justified, but it can also be asked, for example, what could the role of biomethanation (biomethane or SNG production) be in the hydrogen economy? This might require further analysis later, based on other research results and EU policies. 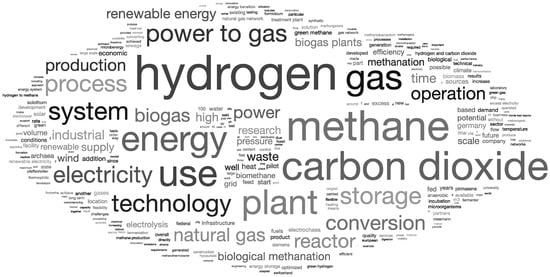 Figure 1. Word cloud from biomethanation project descriptions.
In addition to taking a static “snapshot” of the content of the biomethanation project descriptions (Key topic 1), quantitative characteristics of the projects provide opportunities for deeper insights. The next section (Key topic 2) considers the size of the facility (indicated by the capacity of the electrolyzer), while after that, Key topic 3 analyzes trends according to the start of the project (year).

The terms that appeared at least 15 times in the project descriptions were analyzed according to the size of the biomethanation facility. It can show how the focus of the R&D&I activities changes (or does not change) with the deployment of larger facilities. Considering the lessons of the interpreting interviews as well, Figure 2 suggests the following: 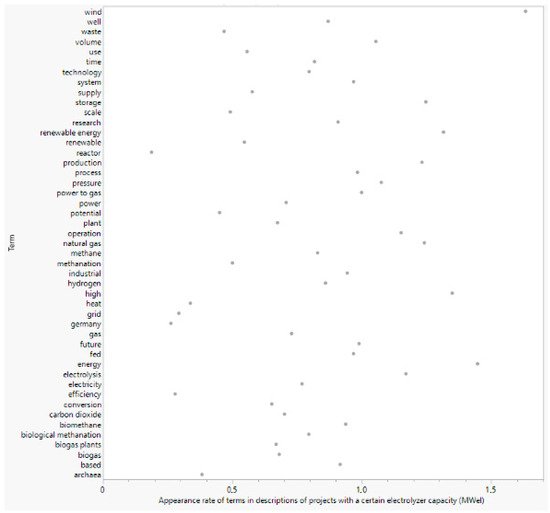 Figure 2 . Appearance of the most common terms according to the size of the planned/implemented biomethanation facility. For example, the term “storage” appeared in project descriptions of biomethanation plants, which were 1.3 MWel on average.

(a)
at the small scale, the focus is on the “efficiency” of the “process”, the “reactor” structure, the microorganisms (“archaea”), and the “biogas” input from “biogas plants”, which contains “carbon dioxide” to “convert” it into “methane”.
(b)
at the large scale, the emphasis is on the “volume” of “wind” or other “renewable energy” and the “production” of “methane”, which can be “fed” into the “natural gas” for “energy” “storage” purposes. (Words in quotation marks refer to the empirical data.)

The importance of the results shown by Figure 2 is that they interconnect the past and the future of biomethanation technology development from a purely technical aspect (without considering the time horizon, which is presented in the next section). Less abstractly, different issues are important at the small and large scales, and the gaps between these issues might generate new areas for research. Regarding the listed (a) and (b) points above, a step is missing between the efficient process in kW-scale with CO2 from biogas and the purpose of storing high volumes of renewable electricity in the form of SNG in MW-scale. This missing step seems to be the sourcing of CO2 in large volumes to develop multi-MW biomethanation plants. Accordingly, it is worth analyzing that if biogas plants cannot provide enough carbon dioxide for large-scale P2M plants [36], which could convert the vast volume of renewable electricity produced by wind or solar parks, what solutions can help to increase the capacity of biomethanation facilities to multi-MWel level, which are needed in the future [9].

The most common terms of the project descriptions may change according to the start year of the projects, not only their capacity. Accordingly, Figure 3 shows constellation plots of a hierarchical cluster analysis which might reveal some underlying structures (e.g., main terms of past and present; based on the 75 most common terms). Based on the collaborative interpretation with the interviewees, Figure 3 shows the following: 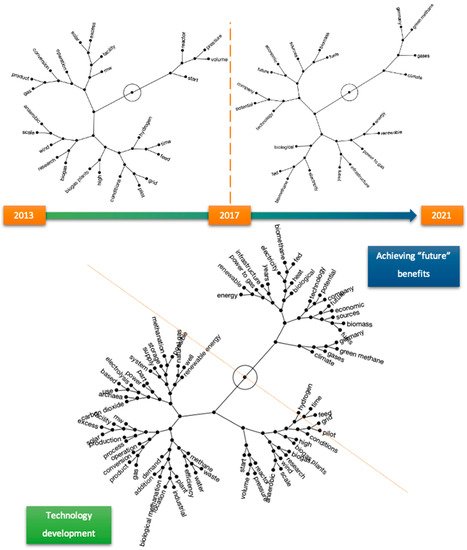 Figure 3. Constellation plots showing clusters of terms according to the project starts. 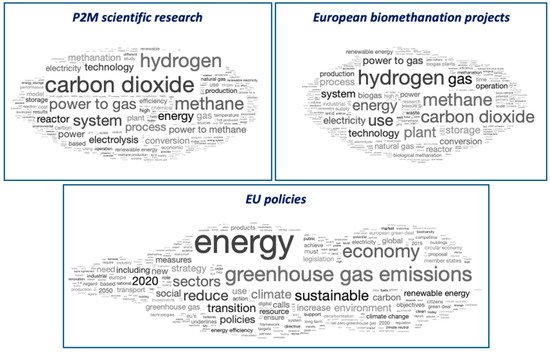 Figure 4. Comparing the word clouds of biomethanation project descriptions, P2M publications, and relevant EU policies.
In contrast to that, regarding the EU policies and strategies, the most common terms are energy (157), greenhouse gas emissions (88), economy (87), reduce (69), sectors (68), and sustainable (68). Accordingly, the main objective is to “reduce” the “greenhouse gas emissions” (GHG) through a “sustainable” “transition” with more “renewable energies”. The “economy” and increasing “competitiveness” in a “global” “environment”, however, is also important while fighting “climate change”. For example, the document called “A Clean Planet for All” by the European Commission refers to competitiveness already in its subtitle: “A European strategic long-term vision for a prosperous, modern, competitive and climate neutral economy” [37]. The European Green Deal “aims to transform the EU into a fair and prosperous society, with a modern, resource-efficient and competitive economy” (p. 2, [38]).
These results suggest that scientific research, industrial project development, and policies have common points, e.g., the GHG-reduction induces the scientific research on carbon capture and utilization (CCU) solutions and their industrial application at biomethanation facilities. These high-level interconnections, however, should be analyzed in-depth to identify how sectoral competitiveness can be supported in practice by new biomethanation facility development projects.