Submitted Successfully!
Thank you for your contribution! You can also upload a video entry related to this topic through the link below:
https://encyclopedia.pub/user/video_add?id=14302
Check Note
2000/2000
Nanocellulose from Agricultural Wastes
Edit
Upload a video
This entry is adapted from 10.3390/pr9091594

Nanocellulose-based composites are characterized for being highly biocompatible and scarcely toxic, which are the the major reasons for its use in numerous biomedical applications. Incorporation of nanocellulose to drug delivery systems could control both the manner drugs are released and the interactions with target molecules, thus increasing the effectiveness of drug administration. Changes on nanocellulose surface must be carried out to link drugs, non-ionic chemicals with hydrophobic character, to the nanopolymer.

Food packaging, biomedicine, mechanical reinforcement of matrices and membrane filtration among many other industries have used nanocellulose-based materials for their product applications [1]. Lately, nanocellulose has spurred research toward a wide range of products and applications, ranging from nanocomposites, gels and aerogels, viscosity modifiers, films, barrier layers, fibers, foams, energy applications or filtering membranes [2]. The ordered structure of cellulose enables nanocelluloses to be isolated from LCB by employing processes that aim to disintegrate cellulose fibers into cellulose nanocrystals (CNC) and cellulose nanofiber (CNF), depending on the processing conditions [3].

Acid hydrolysis and mechanical treatments are the most widely employed methods for obtaining CNC and CNF, respectively; however, these procedures have some drawbacks related to economic and environmental aspects such as the energy demand of the process and the high amount of water required in the neutralization steps [4]. Another possibility for producing nanocellulose is the use of enzymatic hydrolysis, a promising environmentally friendly and sustainable route due to the advantages of enzymatic treatments, although the cost of enzymes may be an inconvenient. Some authors have evaluated the use of enzymes combined with mechanical treatments in order to facilitate fibrillation of cellulose bundles and to reduce energy requirements for nanocellulose isolation processes [5][6].

Nanocellulose is often used as a general term for different types of nano-sized and micro-sized cellulosic particles [7]. Nanocellulose is the disintegration product of cellulosic fibers to the diameter and length shown in Table 1 , depending on the structure. Three types of nanocellulose morphologies can be distinguished: cellulose nanofibers (CNF), usually obtained by means of enzymatic and/or mechanical disintegration processes; cellulose nanocrystals (CNC), rod-shaped highly crystalline cellulose nanocrystals generally obtained by hydrolysis with concentrated mineral acids (mainly HCl or H 2SO 4); and bacterial nanocellulose (BNC), obtained almost exclusively by a family of bacteria known as Gluconoacetobacter xylinius .

This review carries out a study of the main processes for obtaining cellulose nanofibers and nanocrystals as well as their optimization. Schematically, the process would consist of a series of stages: (a) conditioning of the biomass (milling, sieving and drying); (b) attainment of cellulose through pretreatments, mainly by alkaline processes, that degrade the structure of the lignocellulosic residue in order to facilitate the release of its monomers; (c) purification and bleaching; and (d) attainment of nanocrystals or nanofibers, mainly by acid hydrolysis.

Cell wall structure of LCB is composed mainly by three kinds of polymer: cellulose, hemicellulose and lignin, Figure 1 . The proportion of these three components depends on the type and source of lignocellulosic biomass (different species). 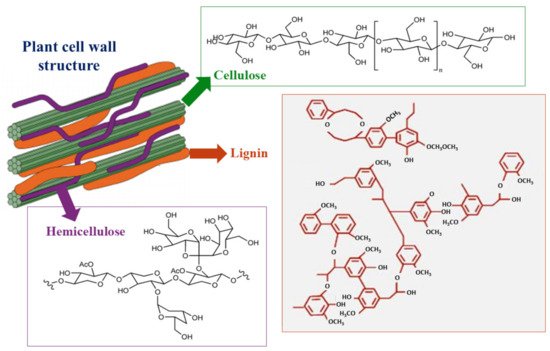 Figure 1. Scheme of the main components of lignocellulosic biomass.

Hemicellulose, 15–40% in lignocellulosic biomass, is an heteropolymer which is composed by short, linear and branched chains of different kinds of pentoses and hexoses as monomers. The most common types of hemicellulose are xylans and glucomannans. These are mainly found in the composition of hardwoods, while glucanans are mainly found in softwood [8]. Hemicellulose is attached to the cellulose fibrils through hydrogen bonds and van der Waal interactions. By using acid, alkaline or enzymatic hydrolysis in mild conditions of hemicellulose, ethanol and other valuable chemical products can be generated. Their applications in food, cosmetic and pharmaceutical industries possess great development. 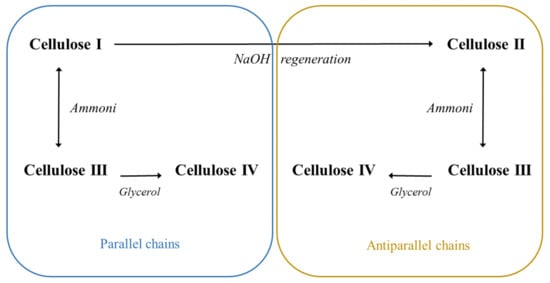 Figure 2. Polymorphs of cellulose and most the common ways to obtain them.

Under the denomination of agricultural residue of lignocellulosic nature, all residues that are generated directly in the field are included. Depending on the crop, they can be grouped as woody crop residues that include the pruning of fruit, citrus, vine and olive trees; and herbaceous crop residues, which are formed by the remains after the harvest, where we would find the sunflower, corncob and the remains of cotton. Table 2 resumes the composition of some of the most usually employed wastes.

Table 2. Composition on the dry basis of the main agricultural wastes of lignocellulosic nature used.

Depending on the treatment carried out, two main types of nanocellulose structures, nanofibers or nanocrystals, are mainly obtained from the cellulose extracted in the pretreatments [9]. Most of the bibliography contemplates the extraction of cellulose and its purification based mainly on acid treatments. In general, for obtaining cellulose nanocrystals after the alkaline treatment and the purification, an acid hydrolysis would be carried out, while the attainment of cellulose nanofibers is produced with mechanical treatments that culminate in a high pressure homogenization process. Moreover, bacterial nanocellulose can be obtained through the fermentation processes, see Figure 3 . 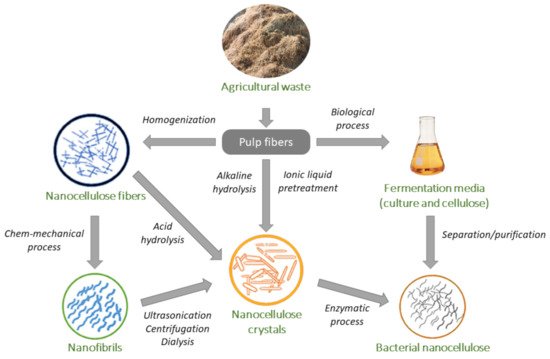 Cellulose nanocrystals are rod-like or whisker-shaped particles remaining after acid hydrolysis of lignocellulosic biomass. These particles have also been named nanocrystalline cellulose, cellulose whiskers and cellulose nanowhiskers, and they are nearly 100% cellulose.

Among the various applications of cellulose nanocrystals, it is worth highlighting its application in the manufacture of biocomposite packaging materials [10][11].

Cellulose nanofibers (CNF), which are also called microfibrillated cellulose, cellulose microfibril or microfibrillar cellulose, are currently being the subject of interest to researchers due to their interesting nanocomposite applications. In order to produce these structures, it is necessary to subject the cellulosic fibers to a mechanical disintegration treatment in order to cause the delamination of the fiber, thus isolating the nanometric fibers. This process requires high energy consumption in order to ensure the effectiveness of the nanofibrillation process. In order to reduce it and to increase the efficiency of the process, different pretreatments have been developed to undergo cellulose fiber before its nanofibrillation [12].

The application of BNC obtained from agricultural wastes has been investigated in order to design packaging materials with components that release or absorb substances from or into the packaged food or the surrounding environment to extend the shelf-life and to maintain or improve the condition of packaged food [13].

In order to achieve low-cost smart materials with biotechnological sensitivity, nanocellulose can be modified by using different surface groups, other polymer chains or even other nanoparticles; these processes allow obtaining materials with interesting properties and functions on their surface, specifically with electrochemical, electrical and optical applications [14].

The main objective may be the creation of chiral nematic compounds from cellulose nanocrystals together with other polymers or silica; this allows some component to be selectively eliminated later or used as a nanocomposite. Selective removal of a part of the starting nanocomposite provides chiral mesoporous material that can host materials or serve as a template to obtain other chiral materials [15].