Submitted Successfully!
Thank you for your contribution! You can also upload a video entry related to this topic through the link below:
https://encyclopedia.pub/user/video_add?id=13946
Check Note
2000/2000
Pathophysiology of Takotsubo Syndrome
Edit
This entry is adapted from 10.3390/jpm11090879

Takotsubo syndrome (TTS) is a transient dysfunction of the left and/or right ventricle, without the presence of ruptured atherosclerotic plaque, thrombus, dissection of the artery or other condition, which may cause the aforementioned symptoms. The term “tako-tsubo” was first used by Sato et al in 1990 because of the similarities between LV morphologic features and the shape of a ceramic fishing pot used since ancient times in Japan for trapping octopi.

Takotsubo syndrome (TTS) is a transient dysfunction of the left and/or right ventricle, without the presence of ruptured atherosclerotic plaque, thrombus, dissection of the artery or other condition, which may cause the aforementioned symptoms. The term “tako-tsubo” was first used by Sato et al in 1990 because of the similarities between LV morphologic features and the shape of a ceramic fishing pot used since ancient times in Japan for trapping octopi [1].

One of the characteristic features of TTS is its association with stress factors triggering the onset of the disease. According to the InterTAK classification, TTS may be classified into three groups based on the type of triggering factor: associated to emotional trigger, physical trigger or with no evident trigger ( Table 1 ) [2]. One should notice that in many cases we see a co-occurrence of both emotional and physical triggers. In approximately 1/3 of patients the trigger cannot be identified [2]. Emotional factors are comprised of multiple, different traumatic experiences, such as mourning, interpersonal conflicts, fear, panic, anxiety, and disappointment. Natural disasters, such as earthquakes or floods, also predispose one to TTS development [3][4][5]. The aforementioned negative emotions that are the reason of TTS gave rise to the name ‘broken heart syndrome’ [6]. Emotional stress may lead to the overstimulation of the SNS and/or to a reduction of parasympathetic nervous system activity. This could result in life-threating arrhythmias, TTS, or even sudden cardiac death [7]. Although, emotions, which are direct triggers of TTS, do not need to be negative. In literature we can find a range of case reports where TTS was associated to strong positive experiences. Sometimes these cases were described as ‘happy heart syndrome’ [7]. Positive emotions modulate the autonomic response, including heart rate and blood pressure, in a similar manner as the negative ones [8].

ST-segment depressions are usually observed within 24–72 h after presentation of the symptoms. In the European TTS Registry, ST-segment depression was observed more rarely in patients diagnosed with TTS, when compared to individuals with acute coronary syndrome (ACS) [9], and more frequently in male patients [10]. 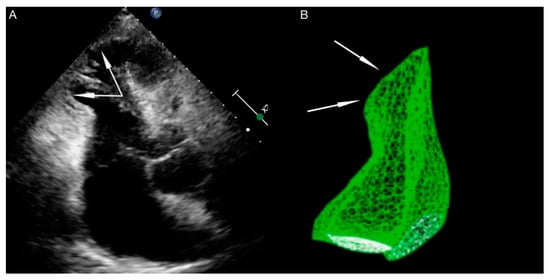 It is characteristic that approximately 90% of patients are elderly, post-menopausal women [13]. Multiple experimental, as well as clinical studies, propound the function of female sex hormones as crucial in TTS pathophysiology. It seems that a decrease in estrogens levesl is critical. Currently, in literature we can find few clinical studies evaluating the concentration of sex hormones in patients with TTS. Additionally, their results remain inconclusive.

Brenner et al. proved that estrogen concentrations at admission were significantly higher in post-menopausal women diagnosed with TTS, when compared to patients with myocardial infarction (MI) and the control group (subjects without lesions in coronary arteries). They did not observe significant differences in progesterone, luteinizing hormone, or gametokinetic hormone concentrations between groups. Furthermore, in a 6 year follow-up among patients diagnosed with TTS, they noticed significantly lower estradiol concentrations when compared to concentrations at admission, and lower progesterone levels in comparison to groups with MI or the control group [14]. On the other hand, Möller et al. did not show significant differences in estrone, estradiol, testosterone or androstenedione concentrations between patients with TTS and individuals with MI [15]. Pizzino et al. observed that specific polymorphisms of estrogen receptors are associated to TTS diagnosis in post-menopausal Caucasian women [16]. Studies showed that hormone replacement therapy in post-menopausal women improves the endothelium-derived blood vessels’ expansion and increases myocardial perfusion [17]. On top of that both, clinical and experimental studies suggest significant influence of estrogens’ deficit on elevated SNS activity, which seems to play a key role in TTS pathogenesis.

Furthermore, they evaluated the Index of Microcirculation Resistance (IMR), and IMR 90 U indicated microcirculation dysfunction in patients with TTS (the normal range of IMR is <20–30 U). Additionally, the authors assessed the TIMI frame count (TFC; number of frames needed to move contrast from the ostium to the distal part of the vessel). Based on this study they proved that there are microcirculation disturbances in TTS patients when compared to a healthy population. Moreover, they suggest that a TFC > 20 differentiates TTS patients from healthy individuals. The dysfunction of microcirculation had diffused character in both TTS, as well as in microvascular angina, but it was more pronounced in microvascular angina. Unfortunately, it remains unknown whether microcirculatory dysfunction in TTS is the cause, or rather the consequence, of the disease [18].

In literature we can find only a few studies suggesting that endothelium dysfunction, expressed as an imbalance between vasoconstricting and vasodilating factors, may play an important role in TTS pathogenesis [19]. In the course of a TTS patient’s hospitalization researchers showed a significant increase of flow-mediated vasodilatation (FMD). The negative correlation between the FMD value and TnI concentrations at admission and the length of the hospitalization was also described [20]. A sudden decrease in FMD values at admission may probably be associated to a high concentration of circulating catecholamines, which impair endothelium function, contract vascular smooth muscles, and decrease their sensitivity to vasodilatory mediators, whereas an increase of FMD values at discharge may be caused by a gradual decrease of catecholamines concentration in the blood.

Based on the magnetic resonance imaging (MRI) of the head in patients with a TTS history and the control group consisting of age-matched, healthy individuals, Templin et al. evaluated differences in the brain regions responsible for SNS activity, regions responsible for emotions, and limbic and autonomic systems integration. Analysis of the structural brain connectivity confirmed a reduction of connections in the limbic system [22]. Furthermore, the analysis of connections specific for autonomic systems showed their reduction in patients diagnosed with TTS in the region of the left amygdala, both hippocampi, left parahippocampal gyrus, left superior temporal pole, and right putamen. The voxel-wise morphometry showed a reduced gray-matter volume in TTS in the left amygdala, right amygdala and at the right amygdala/hippocampus border [23]. Anatomical differences in the limbic system structure may be crucial for less effective control of the emotions, cognitive functions, and autonomic nervous system.

The aforementioned theory could be directly confirmed with the fact that cingulate gyrus is one of the structures, whose dysfunction may be responsible for the development of depression and mood disorders, whose cooccurrence is common among patients with TTS as well [24]. Takotsubo syndrome occurrence could be secondary to conditions with co-existing increases of SNS activity (e.g., pheochromocytoma, paraganglioma, subarachnoid hemorrhage, stroke, epileptic seizure, migraine, and postural orthostatic tachycardia syndrome). Takotsubo syndrome could develop under other circumstances associated with the increase in sympathetic activity, such as drug or alcohol withdrawal syndrome, during electroconvulsive therapy, or after cocaine abuse. It is quite interesting that diabetes prevalence is significantly lower in the group of patients diagnosed with TTS, when compared to the general population. It was suggested that peripheral diabetic autonomic neuropathy may reduce the number of TTS cases throughout, decreasing the effect of adrenergic heart overstimulation.

In noninvasive tests of SNS activity, the authors proved that during the Valsalva manoeuvre, static handgrip exercises or tilt tests, the change in pulse pressure (difference between systolic and diastolic pressure values) was lower in patients with TTS, when compared to the control group (consisting of healthy, age-matched women). Pulse pressure depends on stoke volume and peripheral resistance. The aforementioned study’s results could be considered important, because thanks to these noninvasive tests, we may indirectly assess autonomic system function, so by extension, recreate common real-life situations. An impaired pressor response may be caused by heart weakness in pumping function caused by an inadequate autonomic system reaction to stress [25].

More
© Text is available under the terms and conditions of the Creative Commons Attribution (CC BY) license (http://creativecommons.org/licenses/by/4.0/)
Upload a video for this entry
Information
Subjects: Pharmacology & Pharmacy
Contributor MDPI registered users' name will be linked to their SciProfiles pages. To register with us, please refer to https://encyclopedia.pub/register :
Monika Budnik
View Times: 29
Revisions: 2 times (View History)
Update Time: 07 Sep 2021
Table of Contents
1000/1000
Hot Most Recent