Submitted Successfully!
Thank you for your contribution! You can also upload a video entry related to this topic through the link below:
https://encyclopedia.pub/user/video_add?id=13604
Check Note
2000/2000
Proton Pinballs in Plant Growth
Edit
Upload a video
This entry is adapted from 10.3390/cells10081935

Sixty years ago [1], the discovery of hydroxyproline (Hyp) firmly bound to the cell wall was the “founder event” for a new field in plant biology. Proteins specific to the cell wall had not previously been considered as components of an otherwise polysaccharide structure, apart from occasional hints in the literature. Indeed, the Hill reaction defined the photolysis of water as the ancient source of atmospheric oxygen [2][3]. On the evolutionary timescale, an increased atmospheric oxygen level eventually led to its use as a terminal electron acceptor but also a direct source of the hydroxyproline hydroxyl. The biosynthesis of hydroxyproline, first shown in sycamore cell suspensions, involved the direct incorporation of 18O2 into the hydroxyproline hydroxyl group [4]. Hence, the first step in understanding the structural and dynamic roles of the Hyp-rich proteins unique to plants was taken. Quite remarkably, mammalian systems have recruited prolyl hydroxylase as an oxygen sensor for hypoxia inducible factor (HIF), which in turn plays a crucial role in foetal development [5].

The first analyses of TCA-soluble cytoplasmic protein–polysaccharide complexes purified by preparative isoelectric focusing [6] were subsequently identified as arabinogalactan proteins. Data from [6] show representative species across the plant kingdom included dicots, a gymnosperm and a bryophyte. These were the first AGP analyses notable for their high alanine and low tyrosine, with a high galactose and arabinose content.

Such proteins, later named arabinogalactan proteins (AGPs), located mainly between the plasma membrane and cell wall, were periplasmic, analogous to Peter Mitchell’s bacterial periplasm [7]. However, they were not precursors to wall-bound proteins, based on their composition and absence of turnover in 14C-proline pulse-chase experiments [8].

The identification of the glycopeptide link between protein and polysaccharide depended, again, on a classical Sanger strategy, which involved exploiting the differing stability of various covalent bonds to chemical and enzymic attack. For example, both peptide and glycosidic linkages are acid labile. However, peptide bonds are stable in cold anhydrous HF that cleaves glycosidic linkages. Thus the HF deglycosylation of highly glycosylated proteins [9] enabled the peptide sequencing of difficult proteins such as extensins, AGPs and mucins [10], with subsequent genomic sequencing [11].
Glycosidic linkages are generally stable in mild alkaline environments. That enabled the discovery of the Hyp-O-glycosidic link [12] as Hyp-arabinosides in extensins and Hyp arabinogalactans (Hyp-AGs) in AGPs, respectively. The structural elucidation of Hyp-AGs [13] led to the discovery of their essential role in Ca2+ homeostasis, validated by recent direct evidence [14][15][16] and as described in subsequent sections that show how the structure of Hyp-arabinogalactan glycomodules leads to Ca2+ homeostasis and plasma membrane Ca2+ ion influx that regulates plant growth.

2. The Origin of Ion Gradients

Wind and waves generate sea spray aerosols [17] that can act as prebiotic chemical reactors [18]. Prebiotic chemistry generated simple amphiphiles (typically with a hydrophilic headgroup and a hydrophilic tail) that provided a surface hydrophobic membrane that enabled evaporation, the concentration of reactants and ion gradients that included proton gradients. Components of primordial energy transduction systems driven by light may have appeared first in protocells. For example, in purple bacteria such as Halobacterium, bacteriorhodopsin absorbs photons to pump protons across the plasma membrane [19]. Protons initiate both cosmic evolution and biotic evolution; thus, life based on proton gradients is universal.

Over the last billion years or so, a simple lipid membrane evolved from a passive gatekeeper maintaining the “constancy of the interior milieu” to a dynamic control system with a plethora of elaborate import/export microtubule transport systems and kinesin/dynein motors that ferry vesicle cargo to and from the plasma membrane.
Ultimately, three critical ions, H+, Ca2+ and auxin (indole acetic acid), regulate plant growth. Of these, protons are preeminent players in energy transduction/ATP generation but also maintain the plasma membrane potential of −120 to −160 mV [20]. This creates the electrostatic gradient essential for the influx of cations, particularly the K+ osmolyte and the universal signalling ion Ca2+, which affects every aspect of a cell’s life and death. Ca2+, the most tightly regulated ion within all membrane-bound organisms, binds to thousands of proteins to effect changes in localization, association and function. Hundreds of cellular proteins have been adapted to bind Ca2+ over a million-fold range of affinities (nM to mM), in some cases, simply to buffer or lower Ca2+ levels and, in others, to trigger cellular processes. The local nature of Ca2+ signalling is intimately tied to this large range of affinities [21].

The plasma membrane regulates all aspects of plant growth by an array of mechanisms that include specific receptors, transporters, channels and ion pumps, chiefly proton pumps [22][23]. The Arabidopsis genome encodes eleven proton pumps [20]. That significant redundancy underlies their essential role in maintaining membrane potential and generating the low cell wall pH required by the “acid growth hypothesis”. However, we re-interpret the “acid growth hypothesis”, involving novel roles for the F1Fo ATPase proton pump in Ca2+ homeostasis and auxin transport. This new paradigm, unique to plants, identifies the proton pump as the focal point of many activators and regulators (Figure 1). 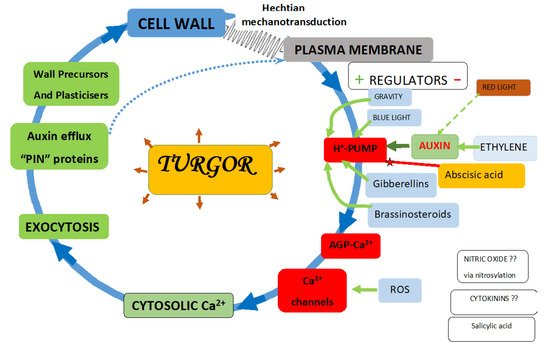 Figure 1. The Hechtian growth oscillator incorporates a molecular pinball machine.
ATPase proton pump regulation is central to plant growth and development [24]. The figure depicts numerous additional inputs. Green arrows indicate upregulation, and red represents downregulation, with exceptions where the mechanism remains unknown. Dotted blue arrows indicate PIN proteins that are directly incorporated into the plasma membrane as integral components. Numerous features underlie the reductionist simplicity shown in the above figure: high auxin levels generally enhance cell extension [25]; auxin-driven morphogenetic patterns depend on unidirectional fluxes [26]; the evolution of auxin signalling and PIN proteins [27]; auxin biosynthesis occurs in meristems [28]; auxin activates the plasma membrane H+-ATPase via phosphorylation [24].
In plant cells, proton extrusion plays three major roles: Firstly, the creation of a large membrane potential [~−120 to −160 mV] enhances cation uptake and anion extrusion through the respective channels. Secondly, the proton pump generates protons; arguably, these eject Ca2+ from the plasma membrane with AGP-Ca2+ glycomodules as the immediate source of cytosolic Ca2+. Thirdly, auxin transport involves the efflux of anionic auxin into the wall at low pH where it is protonated and thus becomes neutral. That allows it to diffuse through the plasma membrane into the cytosol of an adjacent cell at a neutral pH, where it re-ionises for efflux and the polar transport of auxin against the concentration gradient [29][30].
The hitherto unsuspected role of proton pumps in Ca2+ homeostasis is a new paradigm relevant throughout the Plant Kingdom from tropisms to phyllotaxis [31].

5. Indirect Evidence for the Role of AGPs in Ca2+ Homeostasis

An early indication of a connection between AGPs and Ca2+ appeared in 1991; the wound response of Acacia senegal and its secretory product, gum Arabic, consists of polysaccharides and glycoproteins related to AGPs [32]. Significantly, gum Arabic contains glucuronic acid (~10%) and binds approximately ~1% by weight of Ca2+. In the same year [33], the analysis of isolated plasma membranes revealed a bound AGP content of ~10% w/w. These AGPs were hydroxyproline-rich, with a significant glucuronic acid content (~10%). However, the crucial connection between Hyp-glycosubstituents and the pH-dependent Ca2+ binding property of AGPs with Ca2+ homeostasis only appeared quite recently when a molecular model depicted paired glucuronic acid residues of a Hyp-glycomodule that bound Ca2+ in a molecular dynamics simulation, which was then confirmed through an in vitro assay [34].

A report that cellular Ca2+ signals generate defined pH signatures in plants [35] presents a conundrum of how to discriminate between stimulus and response. In this instance, it was resolved by the observation [36] that auxin elicits a Ca2+ signal (aequorin blue fluorescence) “immediately” after the addition of an auxin activating the proton pump, i.e., within seconds, possibly involving the enhanced diffusion of protons along the surface of the membrane, hence their delayed escape from the membrane surface into the adjacent bulk phase [37].

While the pinball machine and Hechtian oscillator emphasise influx, Ca2+ homeostasis demands a finely balanced efflux evidenced by the fifteen Ca2+-ATPase pumps located in both the ER and plasma membrane of Arabidopsis [38].

The Dupree group also examined the dynamic aspects of Ca2+ homeostasis in roots. Using the fluorescent reporter R-GECO1, they observed organised cytosolic Ca2+ wave propagation at the inner and outer zones of wild-type roots. However, wave propagation was notably disorganized in glcat14a/b/e mutant roots. They extended these observations to the H2O2 activation of Ca2+ channels during growth that had been reported in a seminal paper [39]. The Dupree group confirmed that H2O2 rapidly increased cytosolic Ca2+, particularly at the growing tip of wild-type roots. However, this increase was much less in glcat14a/b/e mutant roots (Figure 11 in ref [39]), which is consistent with the pinball hypothesis. However, the conclusion that H2O2-activated Ca2+ channels are the major regulator of cell expansion [39] needs to be re-evaluated; decreased H2O2-induced Ca2+ influx of mutant roots shows that Ca2+ channels are necessary but not sufficient for complete cytosolic Ca2+ influx. Thus, we conclude that Ca2+ channels are essential components of the molecular pinball machine that needs both AGP-Ca2+ and activated Ca2+ channels for maximal activity. This also applies to other aspects of plant growth including the tip growth of root hairs and pollen tubes.

An increasing sodium ion concentration competes with bound AGP-Ca2+ and so may account for salt-sensitive crop plants such as rice. On the other hand, salt-resistant plants typified by salt-marsh flora and marine seagrass raise the question of mechanism. AGPs are involved in two well-documented instances: firstly, AGP upregulation is a direct response to increased salt levels in plant cell suspension cultures [40]; secondly, some higher plants, exemplified by Zostera marina, have returned to a marine habitat [41]. Zostera architects of the seagrass meadow “blue carbon” ecosystem provide an exquisite test of the pinball hypothesis. How do plants growing in such high-salt environments cope with the serious competition of Na+ ions with Ca2+ ions? Some plants such as Zostera have adapted by increasing their glucuronic acid content [42], hence increasing their ability to bind Ca2+. With recent advances in genetic engineering in mind, the possibility of re-engineering AGPs to enhance salt-sensitive crop plants is apparent.

More
© Text is available under the terms and conditions of the Creative Commons Attribution (CC BY) license (http://creativecommons.org/licenses/by/4.0/)
Upload a video for this entry
Information
Subjects: Plant Sciences
Contributor MDPI registered users' name will be linked to their SciProfiles pages. To register with us, please refer to https://encyclopedia.pub/register :
Derek T Lamport
View Times: 35
Revisions: 2 times (View History)
Update Time: 27 Aug 2021
Table of Contents
1000/1000
Hot Most Recent