Submitted Successfully!
Thank you for your contribution! You can also upload a video entry related to this topic through the link below:
https://encyclopedia.pub/user/video_add?id=13534
Check Note
2000/2000
Candidate Genes/Proteomic Biomarkers of MOH
Edit
Upload a video
This entry is adapted from 10.3390/ijms22169024

Chronic headache is a topical problem of neurology, psychiatry and general practice. The medication-overuse headache (MOH) is one of the leading pathologies in the structure of chronic headache. The serum and urine proteomic biomarkers of MOH can potentially help with the identification of patients with MOH development.

Chronic pain (CP) is an essential problem in healthcare. Approximately 20% of the European population is affected by CP [1], which has a significant influence on their daily social and working lives. Moreover, the economic impact of CP is more than heart disease, cancer and diabetes put together [2]. It is worth mentioning that among chronic painful disorders, headaches are predominant. According to world literature, with an incidence of 3% per year, 4–5% of the general population suffers from chronic headache, known as headache occurrence ≥15 days per month [3][4][5]. Chronic forms of headache, such as chronic migraine or chronic tension-type headache, often involve a high and daily intake of combination analgesics and acute headache medications (AHMs), such as nonsteroidal anti-inflammatory drugs (NSAIDs) and triptans [6]. Paradoxically, they only worsen the chronic symptoms, resulting in the development of the secondary headache, so-called medication-overuse headache (MOH) [7]. In the latest and current Third Edition of the International Classification of Headache Disorders (IHS ICHD-3), MOH, also known as a rebound headache, is described as a headache that is present on 15 or more days per month developing as a consequence of regular overuse of acute or symptomatic headache medication. Criterions of MOH: the overuse of simple analgesics on 15 or more days per month; or else the overuse of triptans, ergotamines, analgesics, opioids, and (caffeine or codeine-containing) combined analgesics on 10 or more days per month, for more than 3 consecutive months [8]. Although the prevalence of MOH in the general population is around 1–2% [9][10], MOH is still defined as a socio-economic burden worldwide, especially in lesser developed countries [11], associated with significant long-term morbidity, disability, and lower quality of life. According to systematic reviews of MOH epidemiology, it is most predominant in middle-aged women from 30 to 50 years old, with the male to female ratio around 1 to 3–4 [9][12][13][14][15]. The pathophysiological mechanisms of MOH development are still an ongoing debate. Nevertheless, frequent and regular consumption of acute headache medication does not seem enough to cause MOH, therefore individual predisposition and specifics of the medication class combined play a significant role in its development [16].
The proteomic analysis and the exploration of proteomic biomarkers are crucial in understanding a lot of medical conditions, especially cancer, cardiovascular and neurodegenerative diseases [17][18][19]. Thus, identification of chronic pain biomarkers can be helpful and valuable for clinicians in the diagnosis of patients at risk or with an already developed disorder, reducing the time and costs, selection of rational personalized pain treatment, and understanding of the underlying pathophysiological mechanisms of chronic pain development [20]. Moreover, a considerable number of patients with MOH can hide the truth from the doctor about the frequency and daily amount of acute headache medications they are consuming. Besides, the MOH phenotype is almost indistinguishable from other chronic headache phenotypes [11]. Therefore, it becomes even more challenging to diagnose MOH and selecting and monitoring the headache treatment. Furthermore, acute headache medication overuse leads to side effects, such as nephrotoxicity and kidney damage, gastrointestinal bleeding, liver impairment [11], especially in a group of patients who abuse NSAIDs [21]. It is not possible to prevent the development of renal impairment and acute renal failure caused by drug-induced nephrotoxicity by using traditional laboratory analyses, such as creatinine, creatinine clearance, urea, electrolytes, urine sediment [22]. However, urinary proteomics allows the potential risks of developing severe drug-induced kidney damage to be minimized by its detection in the early stages during a normal clinical presence, particularly in NSAIDs abusers, using a panel of protein biomarkers each informing on the integrated aspects of glomerular, tubular, and interstitial function [23].
The underlying mechanisms of chronic pain pathophysiology still remain poorly understood. Proteomics is one of the most promising areas that can significantly contribute to pain chronicity research, its better understanding and management.

Candidate serum proteomic biomarkers of MOH are shown in Table 1.

Candidate urine proteomic biomarkers of MOH are shown in Table 2.

Table 2. Candidate urine proteomic biomarkers of medication-overuse headache.
Protein entry name, according to the UniProtKB database. Theoretical molecular weight (Da).
The summary the Biomarkers of MOH are presented in Figure 1. 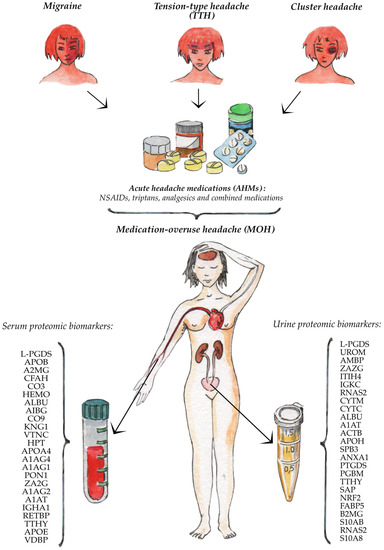 Figure 1. Serum and urine proteomic biomarkers of the medication-overuse headache.

More
© Text is available under the terms and conditions of the Creative Commons Attribution (CC BY) license (http://creativecommons.org/licenses/by/4.0/)
Upload a video for this entry
Information
Subjects: Biochemistry & Molecular Biology
Contributor MDPI registered users' name will be linked to their SciProfiles pages. To register with us, please refer to https://encyclopedia.pub/register :
Natalia A. Shnayder
View Times: 37
Revisions: 3 times (View History)
Update Time: 26 Aug 2021
Table of Contents
1000/1000
Hot Most Recent