Submitted Successfully!
Thank you for your contribution! You can also upload a video entry related to this topic through the link below:
https://encyclopedia.pub/user/video_add?id=12304
Check Note
2000/2000
Liposomal Cytarabine
Edit
Upload a video
This entry is adapted from 10.3390/biom9120773

Cancer is the second leading cause of death worldwide. The main modality to fight against cancer is surgery, radiotherapy, and chemotherapy, and more recently targeted therapy, gene therapy and immunotherapy, which play important roles in treating cancer patients. In the last decades, chemotherapy has been well developed. Nonetheless, administration of the drug is not always successful, as limited drug dosage can reach the tumor cells.. In this context, the possibility to use an encapsulated anti-cancer drug may potentially solve the problem. Liposomal cytarabine is a formulation with pronounced effectiveness in lymphomatous meningitis and reduced cardiotoxicity if compared to liposomal anthracyclines. Thus, the future liposomal cytarabine use could be extended to other diseases given its reduction in cytotoxic side effects compared to the free formulation.

Cancer has a major impact on society across the world. In 2018, an estimated 1.7 million new cases of cancer will be diagnosed in the United States, and about six hundred thousand people will die from the disease [1]. The major cause of cancer-related mortality is metastasis, for which a curative approach is still lacking. Moreover, the use of chemotherapy is useful also in systemic treatment; regardless of cancer has been metastasized [2]. However, drug delivery may not effectively target the desired site or may have effects on healthy tissues causing adverse effects [3][4][5]. Thus, various formulations for chemotherapeutic drugs have been developed [6][7].
Liposomes had been first described by a British hematologist Dr. Alec D. Bangham in 1961 at the Babraham Institute, Cambridge. These were discovered when Dr. Alec Bangham and R. W. Horne added a negative stain to dry phospholipids when testing the institute’s new electron microscope. Two Greek words, ‘lipo’ (fat) and ‘soma’ (body), compose the word liposome and it is named so because of its composition is similar to phospholipids. By encapsulating in spherical multivesicular, biodegradable lipid-based particles known as DepoCyt, liposomal cytarabine is released gradually after administration, thereby prolonging exposure of this drug in cerebrospinal fluid.
When querying Scopus database for “liposomal cytarab”, more than 550 documents were retrieved, as the terms appeared first in 1990. From 2007 to 2013, there has been an exponential increase of publications, while most of the documents were from the United States, followed by Germany and Italy. Almost half of the documents belong to the field of medicine, and nearly a quarter from biochemistry and pharmacology. Moreover, we searched for liposomal cytarabine in different databases, such us PubMed, Scopus, Web of Science, Embase, Google Scholar. For this review we used these keywords: liposomal Ara-C, liposomal cytosine arabinoside, liposomal cytarabine, DepoCyt, DepoCyte.
It is well reported that neoplastic meningitis is a feared complication in cancer patients, the median survival ranging from some weeks to a few months. Management lie on palliative and aims to provide symptoms of relief while delaying neurological deterioration. Intrathecal methotrexate and liposomal cytarabine is the most widely used treatment in such clinical situations.
This article aims at discussing liposomal cytarabine in cancer therapy, starting from chemistry, dealing with its source and bioavailability, and/or coming to preclinical studies as well as clinical trials. A summarizing table can be consulted for an immediate overview (Table 1).
Table 1. Liposomal cytarabine clinical trials (ClinicalTrials.gov).

2. Chemistry of Liposomes: From Models to New Applications

The preclinical data continuously provide novel compounds and thus complement clinical studies with potentially valuable active drugs. In general, preclinical research is barely successfully translated into clinical practice: the difficulty also comes from the pathophysiologic differences in human cancers. Thus, drug delivery efficiency is limited by blood–tumor barrier permeability which depends on tumor type, size, and location.
In addition, the mechanism of action of liposomal cytarabine is strictly related to its main constituent, i.e., cytarabine that belongs to the class of antimetabolites. Cytarabine (molecular formula: C9H13N3O5) interferes with DNA synthesis, acting on DNA/RNA polymerase (and other nucleotide reductase enzymes), reducing cell ability to replicate [38]. Of course, with the addition of cytarabine to liposome, it is facilitated its entrance to the cell, as already described in paragraphs 2 and 3. Thus, the effects of cytarabine on cell cycle process play a key role on cell survival, blocking S phase.
This first work exploring the use of cytarabine dated back to 1961, when Evans and collaborators studied 1-β-d-Arabinofuranosylcytosine hydrochloride in mice tranplanted with Sarcoma 180, Ehrlich carcinoma, and L-1210 leukemia cells [39]. The authors showed a great mice response to the drug, even if the replication of experiments in rats led to no therapeutic effect, introducing an animal-sensibility. A couple of years later, 1-β-d-Arabinofuranosylcytosine hydrochloride was experimentally used in humans, where it induced a decrease of tumor masses in three patients affected by lymphosarcoma and where it was partially effective in 2 out of 10 treated patients with disseminated carcinomatosis [40].
Later, marine-derived natural product Ara-C was first used in human disease in 1974 [41][42]. Many liposomal nanotherapeutics are being evaluated preclinically, and it has been proved that they possess great potential in vitro and in vivo animal models. Liposomal carriers of many anti-neoplastic agents can increase anticancer efficacy, can protect drug degradation and can reduce its toxicity [43][44]. In such a way, a liposomal formulation of Ara-C (Figure 1) is approved and increasingly used as a very effective tool in the treatment of patients with leukemia or lymphomas [45]. Before liposomal Ara-C was introduced in the market as nanomedicine, DepoCyt was studied for clinical treatment of lymphomatous meningitis, starting from preclinical studies (Figure 2) [46]. As a part of preclinical development, liposomal Ara-C was tested in vivo in different animal models such as mice, rats, dogs, and primates [47][48]. Likewise, phase II/III studies for leukemia and phase I/II for glioblastoma have been completed. While the last study (NCT01044966) was terminated due to lack of adequate patient enrollment into trial, four studies were available for acute lymphoblastic leukemia. One was suspended (due to sterility problems in DepoCyt production), one was terminated (due to lack of adequate patient enrollment into trial), one was defined as ‘unknown’ (the principal investigator did not report necessary info or update the file), and only one (NCT00795756) had results which have been published in Haematologica [49]. This last study compared intrathecal DepoCyt with triple intrathecal therapy (TIT) (Methotrexate 12.5 mg + Cytarabine 50 mg + Prednisolone 40 mg injected intrathecally). The results showed that DepoCyt had higher neurotoxicity than TIT (CNS toxicity grade 3-4), but DepoCyt was still considered highly active against CNS leukemia, so that the authors suggested to use DepoCyt at reduced doses (15 or 25 mg rather than 50 mg), retaining significant pharmacological activity while having a safer toxicity profile. Moreover, intrathecal dexamethasone is fundamental to reduce side effects and should be administered to avoid overall neurotoxicity [50]. 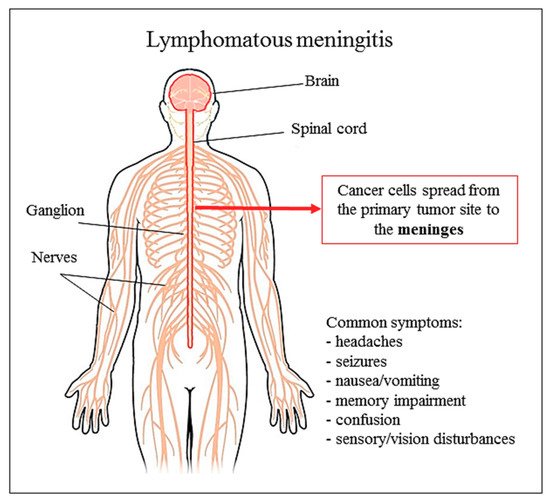 More
© Text is available under the terms and conditions of the Creative Commons Attribution (CC BY) license (http://creativecommons.org/licenses/by/4.0/)
Upload a video for this entry
Information
Subjects: Medicine, General & Internal
Contributor MDPI registered users' name will be linked to their SciProfiles pages. To register with us, please refer to https://encyclopedia.pub/register :
Natália Cruz-Martins
View Times: 35
Revisions: 2 times (View History)
Update Time: 22 Jul 2021
Table of Contents
1000/1000
Hot Most Recent