Submitted Successfully!
Thank you for your contribution! You can also upload a video entry related to this topic through the link below:
https://encyclopedia.pub/user/video_add?id=12178
Check Note
2000/2000
Ballasted Track
Edit
This entry is adapted from 10.3390/su13147740

Ballasted track has the phenomenon of local instabilities, which are usually related to the intensive sleeper void development that requires enormous maintenance costs and influences track reliability, availability and safety. The appearance of the void zones is unavoidable in such structures as transition zones, turnouts and rail joints.

The maintenance cost reduction using operational and structural measures would require the plausible prediction of void and resulting track geometry development. However, different from the track without voids, the ballast layer settlement behaviour in a void zone is influenced by many factors. The ballast layer in a void zone is subjected to the special dynamic interaction that includes the different frequencies and time-shifted impact oscillations, quasistatic rail loading and contact interaction. The role of the geometrical void parameters is ambiguous (Figure 1): on the one hand, they increase impact loading; on the other hand, they could reduce the quasistatic component due to its redistribution to the neighbour sleepers. 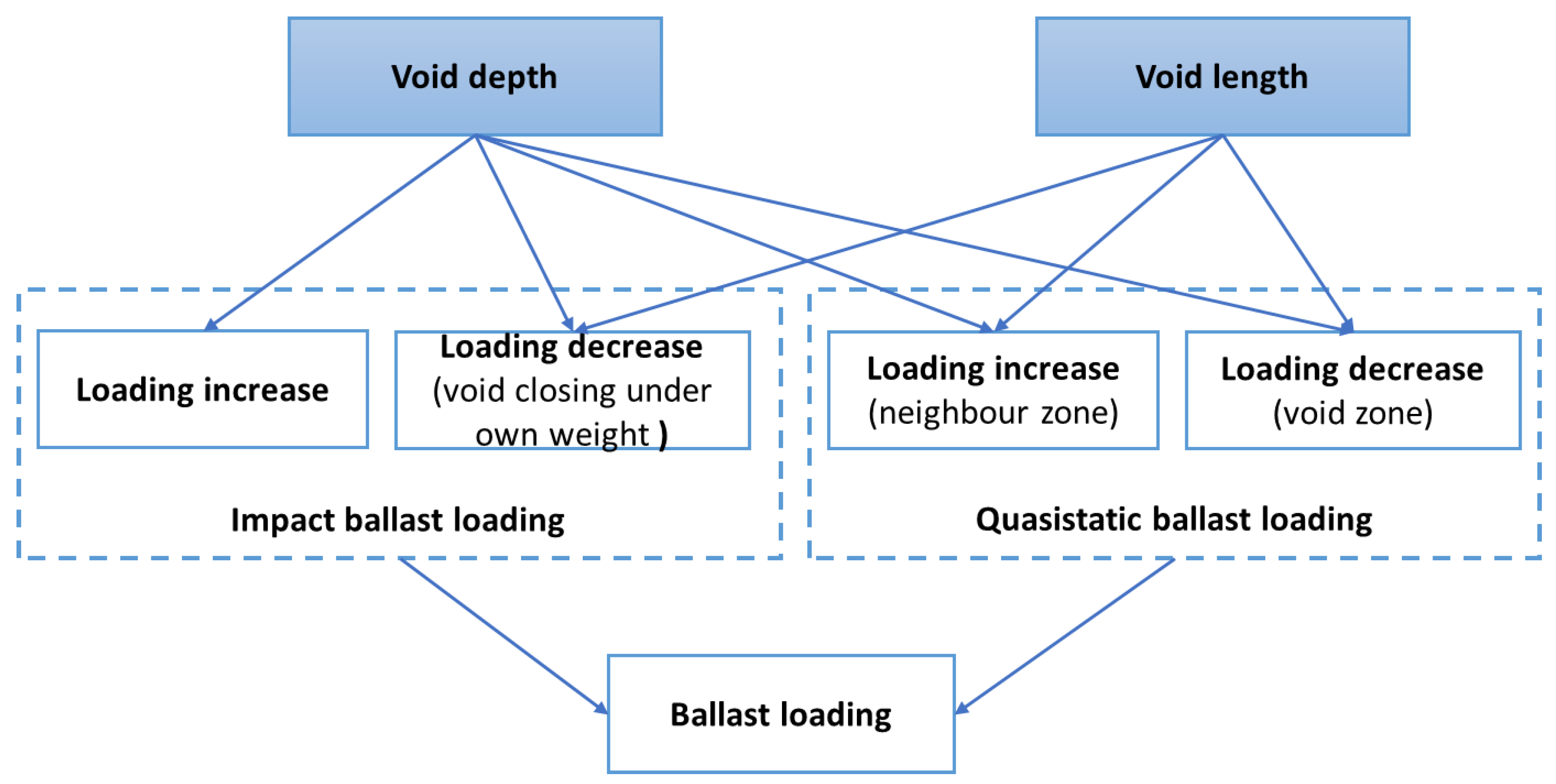 Figure 1. Influence of the void sizes on ballast loading.
The phenomenon of sleeper–ballast dynamic impact in the void zone can be schematically explained as in Figure 2. After the wheel enters the void zone, the rail-sleeper grid is deflected so that the maximal deflection reaches the void depth. The time moment is the impact moment of the sleeper mass. After that, the void is closed and the ballast is loaded by the quasistatic wheel loading that is, however, to some extent lower than that for the normal track due to the loading redistribution on the neighbour sleepers. 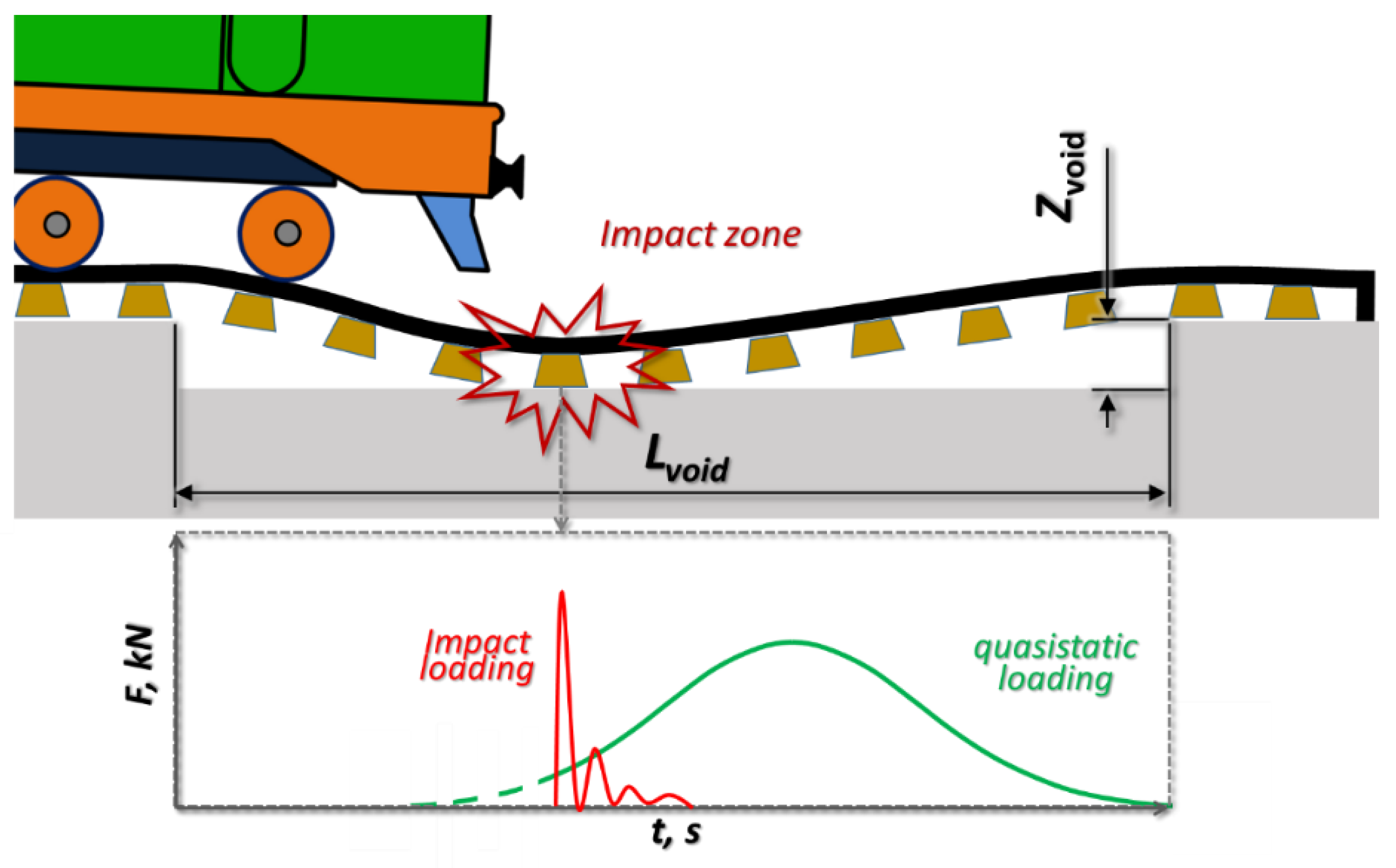 Figure 2. Schematic explanation of the phenomenon of sleeper–ballast dynamic impact in the void zone.
The values of the impact and the quasistatic loading depend on the void sizes, trail velocity and other factors.

The phenomenon of the intensive development of the unsupported sleeper zones has been known for a long time. However, the geometrical irregularity and wheel–track dynamic interaction are usually considered to be the reasons for the intensive settlement development. Most of the present theoretical studies, despite the complex models used, simply imitate the experimental measurements and do not consider the internal reasons for the dynamic interaction. The experimental studies usually do not analyse the dynamic impact in the ballast–sleeper contact.
The present experimental measurements and the simple numerical modelling of the dynamic interaction indicate the presence of the ballast impact even for low-velocity lightweight vehicles. Both results show that the impact occurs not directly under the wheel but before it with some time shift. Moreover, some minor dynamic interactions occur during the wheel leaving the void zone. Thereby, the wheel dynamic interaction is more than 50% lower than that of the sleeper. Thus, the main reason for the impact is the void closing.
The simulated loading patterns of the ballast present quite different processes for the different locations of the void zone. The loading in the impact location consists of the short impact, the following quasistatic part and the full unloading before the impact. On the other hand, the zones neighbouring to the void zone are characterised by a high pre-stress of the ballast and up to 2 times higher loading amplitudes compared to the track without void. The other zones in the void have low impact and a lower quasistatic load depending on the void sizes.
The study of void size influence on the dynamic interaction shows ambiguous relations. Different from a geometrical irregularity, the influence of the void depth on the dynamic interaction is such that the loadings increase until some depth and then should decrease until full unloading. Thus, the maximal impact values are present for some void depth.
The numerical simulation provides only an approximate imitation of the experimental measurement. It cannot explain the mechanism or the complex interrelations between the influencing factors and the impact loading. A simple analytical explanation is proposed by using the clamped beam as the basic model. The equation found for the sleeper impact velocity shows that it depends linearly on the train speed. It can explain why the low velocities cause high impacts. Thus, the dominating reason for the impact is not the wheel–track interaction but the rail quasistatic deflection rate. However, for high velocities, the resulting dynamic interaction could be a combination of both effects.
The DEM simulation of sleeper settlement under the main ballast loading patterns in the void zone shows almost no increase in the settlement intensity for the pre-stressed ballast despite the 30% increase in the maximal loadings. However, the impact loading case caused more than 8 times higher settlement intensity. The influence of the pre-stress and impact factors is the aim of further studies.
Thus, the phenomenon of settlement intensity increase for the case of impact loading has a relation to the property of the pressure distribution of the ballast layer and, first of all, the pressure breakdown zones under the sleeper ends. The growing zones can be explained by the reduction in the horizontal particle support of the ballast bed sides due to particle flow. The investigation of the further reason chain up to the root causes is the aim of further research.

More
© Text is available under the terms and conditions of the Creative Commons Attribution (CC BY) license (http://creativecommons.org/licenses/by/4.0/)
Upload a video for this entry
Information
Subjects: Engineering, Civil
Contributor MDPI registered users' name will be linked to their SciProfiles pages. To register with us, please refer to https://encyclopedia.pub/register :
Mykola Sysyn
View Times: 182
Revision: 1 times (View History)
Update Time: 19 Jul 2021
Table of Contents
1000/1000
Hot Most Recent