Submitted Successfully!
Thank you for your contribution! You can also upload a video entry related to this topic through the link below:
https://encyclopedia.pub/user/video_add?id=11781
Check Note
2000/2000
Metabolic Anti-Cancer Effects of Melatonin
Edit
Upload a video
This entry is adapted from 10.3390/cancers13123018

Tumor cell metabolism is characteristically different from that of healthy cells [1]. The ability of cancer cells to modify their metabolism and adapt to nutrient-deprived environments to salvage nutrients and thus build biomass and accelerate proliferation is a well-known feature of malignant transformation [2]. Metabolic reprogramming of cancer cells is a hallmark of tumor development. Metabolic changes in tumor cells are driven by oncogenic mutations, hypoxic conditions, altered molecular signals that upregulate anabolic processes and the inhibition of catabolic cascades [1][3]. Changes in specific pathways, including glycolysis, gluconeogenesis, glutaminolysis, the pentose phosphate pathway (PPP), mitochondrial biogenesis and lipid metabolism, contribute to tumor development, invasion and metastasis [4]. Melatonin (C13H16N2O2; PubChem CID: 896; Available from: https://pubchem.ncbi.nlm.nih.gov/compound/Melatonin; (cited 20 April 2021)), a hormone secreted by the pineal gland, contributes to the regulation of circadian rhythms. Since its discovery (more than 60 years ago), melatonin has been extensively investigated in preclinical and clinical research [5]. Clinically, melatonin is used to manage sleep disorders, jetlag, depressive symptoms and anxiety [6][7]. Importantly, melatonin is a strong antioxidant and can protect organisms from carcinogenesis and neurodegeneration [7].
Moreover, melatonin has oncostatic effects by stimulating apoptosis, regulation of survival signaling, suppression of metastasis and angiogenesis and on the epigenetic machinery contributing to the malignant transformation demonstrated in vitro and in vivo [8][9][10][11]. Significantly, melatonin can attenuate the metabolic reprogramming of cancer cells [12][13]. Indeed, melatonin exerts a wide range of different effects, and its functional chemical groups play a key role in the induced oncostatic properties. This is illustrated by the chemical background, where melatonin belongs to the group of acetamides that is acetamide in which one of the hydrogens joined to the nitrogen atom is substituted by a 2-(5-methoxy-1H-indol-3-yl)ethyl group [14]. Acetamides have previously been reported to exhibit anticancer activities [15]. While experimental research has suggested a broad spectrum of melatonin’s anticancer abilities, the hormone’s impact on cancer metabolism requires further investigation. Understanding the processes behind melatonin’s effects on tumor metabolism can support the introduction of new therapeutic strategies to improve quality of life and prolong the overall survival of cancer patients in the context of preventive, predictive and personalized medicine.

2. Structural and Functional Aspects of Melatonin

Melatonin, or 5-methoxy-N-acetyltryptamine, is a methoxyindole discovered in 1958 that is synthesized in the pineal gland (Figure 1) [16]. Melatonin is synthesized from tryptophan and secreted during the night (dark) phase of the day. Its secretion and synthesis are inhibited during the light phase of the day [7]. Tryptophan, an essential amino acid for melatonin synthesis, is hydroxylated into 5-hydroxytryptophan by tryptophan hydroxylase (TPH). 5-hydroxytryptophan is then converted to serotonin by 5-hydroxytryptophan decarboxylase [17]. Arylalkylamine N-acetyltransferase (AANAT) acetylates serotonin to form acetyl-serotonin and serves as a rate-limiting enzyme that regulates the rhythmic synthesis of melatonin [18][19]. Acetyl-serotonin is then converted to melatonin by acetylserotonin-O-methyltransferase (ASMT). Importantly, AANAT activity depends on cyclic AMP (cAMP) production. Light deficiency leads to norepinephrine release from sympathetic nerve fibers, resulting in cAMP synthesis [20]. Synthesized melatonin is released from the pineal gland into circulation [21]. Even though it is mainly produced in the pineal gland, melatonin is also produced elsewhere. Melatonin production occurs in various other tissues; however, these processes occur independently of circadian rhythms, and the synthesized melatonin is not released into circulation. Therefore, melatonin exists in two pools with different functions [7][22]. Melatonin regulates circadian rhythms, and the suprachiasmatic nucleus (SCN) regulates its circadian release. The SCN receives photic information about the environmental day/night cycle via the retinohypothalamic tract (RHT); melatonin biosynthesis occurs in the absence of light. Concurrently, melatonin controls SCN activity via feedback to its receptors (MT1 and MT2) in the SCN [23][24]. Dysregulation of melatonin-related pathways leads to sleep disorders and various health problems [25]. Moreover, melatonin exerts antioxidant and anti-inflammatory effects [26]. Its antioxidant role is associated with the neutralization of reactive nitrogen (RNS) and oxygen (ROS) species that affect the normal function of cells. Free radical accumulation due to disturbed oxidant-antioxidant machinery results in numerous pathological conditions [27][28]. Recent evidence suggests that melatonin treatment increases superoxide dismutase activity (SOD) and other antioxidant enzymes [29]. Moreover, melatonin stimulates an immune response through its receptors [30]. The immunoregulatory effects of melatonin are mediated by the stimulation of cytokines and acceleration of the T helper immune response. Melatonin promotes the production of interleukins (IL)-1, -6 and -12 by monocytes [31]. Moreover, melatonin supports antigen presentation by macrophages to T cells, resulting in cytotoxic T cell activation and proliferation [32]. Additionally, melatonin contributes to blood pressure regulation and autonomic control of cardiovascular function and has protective roles in various cardiovascular diseases [33]. Several studies reveal that melatonin inhibits carcinogenesis through various mechanisms [8][34][35][36][37]. Melatonin’s anticancer effects include pro-apoptotic [38], antiproliferative [39] and anti-angiogenic activities [10][40][41]. Moreover, melatonin exerts a tumor-suppressive capacity through the modulation of free radical scavenger action and immunoregulation via the activation of anticancer immune cells and the attenuation of T-regulatory cells (Tregs) and cancer-associated fibroblasts (CAF) [35][42]. 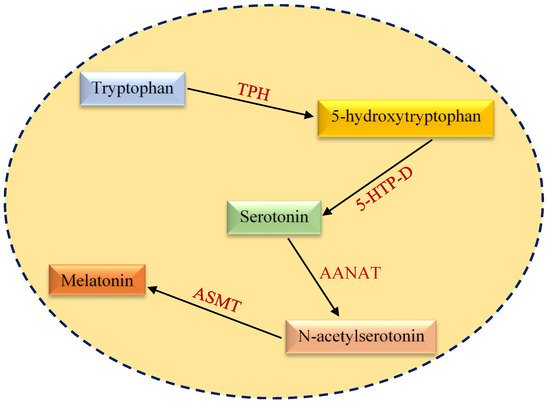 3. Expert Recommendations in the Framework of Predictive, Preventive and Personalized (3P) Medicine

Melatonin demonstrates protective effects in sleep disturbances and sleep-related disorders, depression, mitochondrial dysfunction, chronic inflammation as well as their interrelationship highly relevant for carcinogenesis and other related pathologies such as stroke [6][25][43][44][45][46][47][48][49][50]. Based on current experimental research, melatonin is proposed to be used as the pharmacological agents with a multi-functional capacity such as to modulate mitochondrial functions in cancer, among others [51]. Current preclinical evidence suggests that melatonin can modulate different molecular cascades directly connected to the suppression of cancer development and progression. Antitumor efficacy of melatonin mediated by inhibition of metastatic potential was demonstrated in different in vitro model systems [52][53][54]. Even though a number of experimental studies confirmed anticancer abilities of melatonin, massive clinical testing is still absent. The imminent need to identify and investigate novel therapeutic approaches in cancer research determines melatonin as a promising agent targeted on cancer combined with conventional therapies. Further investigation on melatonin’s role in cancer initiation and progression can improve its therapeutical potential in the clinical sphere [55][56][57][58].
The above discussed preclinical research provides valuable insights into the effects of melatonin on tumor metabolism and the Warburg phenotype, an essential step for unrestricted tumor cell proliferation and cancer progression. Melatonin regulates the critical components associated with cancer metabolism, such as GLUTs, LDH, G6PDH, HIF-1 or p53. [59][60][61][62][63][64][65][66][67][68][69][70]. Following notable preclinical achievements in the field, we emphasize the necessity to investigate melatonin effects focused on the clinical needs [71][72][73][74].
To this end, population screening focused on individuals in sub-optimal health conditions prior to the clinical onset of the pathologies followed by cost-effective targeted treatment is considered the optimal approach in the framework of 3P medicine as a concept of medicine of the 21st century [75][76][77].

In conclusion, comprehensive knowledge of melatonin’s capacity to regulate tumor metabolism are expected to strongly contribute to the identification of innovative approaches to an improved cancer management. The above-discussed results of preclinical research provide valuable knowledge about the effect of melatonin on tumor metabolism and the Warburg phenotype, an essential step for unrestricted tumor cell proliferation and cancer progression. Despite significant results from preclinical research, we emphasize the need to further investigate the effect of melatonin on cancer processes through the regulation of the Warburg phenotype within the scope of other more complex modalities of cancer research, including clinical investigation.