Submitted Successfully!
Thank you for your contribution! You can also upload a video entry related to this topic through the link below:
https://encyclopedia.pub/user/video_add?id=11203
Check Note
2000/2000
Hybrid Circuit Breaker
Edit
Upload a video
This entry is adapted from 10.3390/en14061753

One of the hurdles in the LVDC distribution system is arc flash at the contact points that occurs during the circuit is opening. Unlike alternating current, direct current has no zero points and sustains constantly.  Through 400V class LVDC cutoff test, the operation of the proposed hybrid circuit breaker is verified and the characteristics are analyzed.

With the advent of electronic products in recent decades, the devices that we use have changed to work with direct current (DC) such as multimedia and mobile equipment, LED lighting, IT equipment, and electric vehicles. Moreover, in recent years, washing machines, refrigerators, fans, and heating/cooling systems adopt electric motors driven by DC power, improving speed control and energy efficiency. With the proliferation of renewable energy power systems using solar and wind energy, the form of power generation is also shifting to DC. With the latest improvements in battery technology, direct current has also become a widely recognized basic form of charge/discharge energy. Along with such outstanding technological advancement, the significant reduction in the cost of DC equipment has led to the expansion of the low voltage DC (LVDC) power distribution systems [1][2][3][4][5]. There are many benefits of DC compared with AC. For example, the peak voltage of DC is smaller than AC, so that the insulation is easy and larger power can be supplied with the same size of cable. There is no synchronization issue in DC, because DC has no frequency nor phase, so that management is easy. For DC loads, DC feed system is more efficient and low cost [6].

However, in order to widely spread the LVDC distribution systems, safety technologies for protecting human bodies and equipment from accidents are required. One of the distinctive features to ensure the safety of the DC system compared to the AC system is the arc phenomenon at the contact points that occurs when the mechanical switch is opened. Mechanical switches make or break electrical connection through two electrodes (fixed electrode and moving electrode). When the two electrodes are connected, switched-on contact resistance should be low enough to flow load current freely. When the two electrodes are disconnected, switched-off insulation resistance should be high enough to separate the load from electrical source. Thus, mechanical switches move around two extreme states during switching on and off, which cause severe electrical transient state.

As the electrodes are separated during the mechanical switch shutoff, the arc voltage, generated between the electrodes, causes a breakdown phenomenon in the air gap and induces a plasma arc current to cause the electrodes may be melted and stuck together [7][8]. If the mechanical switch is used in alternating current, the arc current itself becomes zero every half cycle. Therefore, if the gap between the two electrodes is sufficient, the isolation operation is easily performed by securing insulation. However, in the case of DC, there is no current zero point, so additional responsibility is required for the switch to reduce the load current to zero. To this end, an arc voltage higher than the power supply voltage must be formed across the electrodes of the DC switch. The high arc voltage formed on the electrodes increases the forces of the breaking arc and makes extinguishing the arc difficult. If the switch fails to extinguishing the arc current and fails to switching off, a high-temperature, high-pressure plasma arc current will cause a fire in the vicinity, and result in loss of life and property [9][10]. Therefore, there is a risk of electric fire due to continuous generating arcs when the load current is interrupted with an existing electrical contact type circuit breaker [11][12][13][14][15].

On the other hand, a switch using a semiconductor has the advantage of not accompanying an arc when the circuit is cut off, but there is a problem that the loss is large during conduction mode. Recently, the concept of a hybrid circuit breaker that takes advantages of the electrical contact type switch and the semiconductor switch has been proposed, but how to cooperatively operate the two switches has become an important issue [16].

Figure 1 shows the power circuit structure and breaking arc test waveform of a LVDC system with a pure contact type switch. The contact type switch has very low conduction loss and has been widely used as an AC switch. However, since there is no current zero point in DC, it is highly probable that an arc is generated for a very long time when breaking off as shown in Figure 1b, resulting in damage to personnel and equipment due to melting or strong heat of the contact point.

The operation sequence of the proposed LVDC hybrid circuit breaker is as follows;

As described above, the proposed LVDC hybrid circuit breaker has high conduction efficiency because current flows through the lossless contact points during ON state, and does not generate arcs at both ends of the contact points because semiconductor switch commutates and breaks the load current during OFF operation.

The concept of a gate drive control circuit for the LVDC hybrid circuit breaker proposed in Figure 3 is explained. The electrical contact type switch consists of two pairs of switches: the main switch (SWMain) and the auxiliary switch (SWAux). A time delay circuit in the auxiliary switch branch operating in parallel with the main switch delays the ON/OFF command applied to the gate of the semiconductor switch (IGBT). As for the time delay circuit, a timer relay can be used as shown in Figure 3a, or a time delay by RC circuit as shown in Figure 3b can be used. 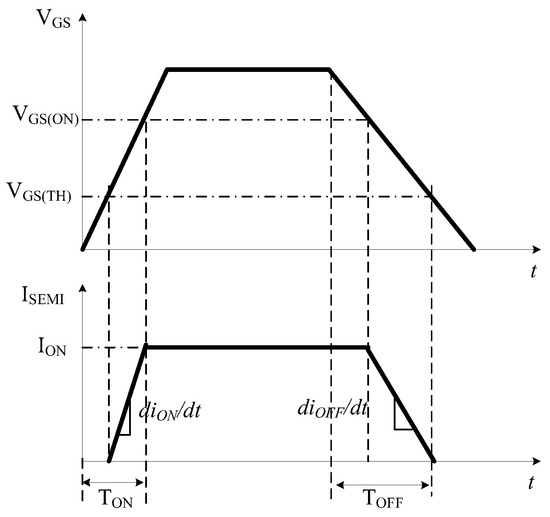 Figure 4. Concept of ON and OFF chacteristics of semiconductor switch (IGBT).

More
© Text is available under the terms and conditions of the Creative Commons Attribution (CC BY) license (http://creativecommons.org/licenses/by/4.0/)
Upload a video for this entry
Information
Subjects: Engineering, Electrical & Electronic
Contributor MDPI registered users' name will be linked to their SciProfiles pages. To register with us, please refer to https://encyclopedia.pub/register :
Hyosung Kim
View Times: 81
Revisions: 2 times (View History)
Update Time: 24 Jun 2021
Table of Contents
1000/1000
Hot Most Recent