Submitted Successfully!
Thank you for your contribution! You can also upload a video entry related to this topic through the link below:
https://encyclopedia.pub/user/video_add?id=10599
Check Note
Jandro Abot 2021-06-22 05:14:39
This entry needs to be corrected. Replace chapter by section; use italics and subscripts for w1 and w2; replace useable; use consistent terminology for variables in equations and text and tables; replace “there are obtained two approximate values” by “two approximate values are obtained”; correct “units of”; correct “relations equations”; stiffness, respectively, add a conclusions section; the mention to the nationality of the authors is irrelevant and should be removed.
2000/2000
Determination of Gear Mesh Stiffness
Edit
This entry is adapted from 10.3390/app11114960

Properly designed gear geometry has a positive effect on the dynamic response of the system, which can be observed on the frequency spectrum of the investigated dynamic system. This geometry has a noticeable effect on the reduced emission of noise in around. What is manifested in the frequency spectrum of gears is mainly the effect of internal excitation caused by the mesh stiffness, which changes during the meshing and thus interferes with the course of torsional dynamic processes of the gear systems. It is therefore necessary to take into account the mesh stiffness when designing the gearbox and to incorporate its course into the dynamic equations of motion. There are various ways to visualize, simulate, and calculate the course of mesh stiffness of gearing. There are different variants of analytical calculations. One of the variants of analytical modeling is the possibility of calculating the mesh stiffness by calculating the deformation energy of individual teeth of the gear.

In this chapter, two different possibilities of how to model the course of mesh stiffness can be analytically approached. The mesh stiffness is based on the geometric and material properties of the gear teeth and is time-varying due to the meshing of the gears. This is the relationship between the load of the tooth and its deformation, while the tooth is considered as a cantilever beam with a variable cross-section, where a force acts in the direction of the line of action. The mesh stiffness of single pair of teeth and double pairs of teeth in engagement alternates during the meshing of the gears (in this case, it is a spur gear with straight teeth).

In general, the stiffness of single pair of teeth can be described by the Equation (1):

The analytical calculation model (AM1), which is described in this paragraph, is based on the publications of the Czech authors Čestmír Šalamoun [1] and Vladimír Moravec [2]. This model is still widely used in research of gearing dynamics. Other authors who mention this model in their publications are Wan, Cao, Zi, He and He [3], Yu and Machefske [4] and, last but not least, Velex [5]. This is a model that is not universally applicable and is very approximate. It was derived from the testing of many gear samples and can be described as a computational model based on empirical relationships. It is useable when it is not absolutely necessary to create perfectly accurate dynamic models of transmission systems and we are only interested in approximate values of the stiffness of single pair of teeth and double pair of teeth in engagement.

The stiffness of single pair in contact was determined by Equation (2):

where z1, z2 denote the number of teeth of pinion and gear, x1, x2 are profile shift coefficients of the pinion and gear. The individual empirical constants C1–C9 are listed in the Table 1.

Table 1. Constants for calculating the stiffness of single pair of teeth [1][2].

This engagement stiffness implies from the Equation (3):

Using Equations (2) and (3), there are obtained two approximate values that correspond to the stiffness of single and double pairs of teeth in the engagement. The values related to the face width are given as a result of its calculation. These values have unit N/mm2. To obtain real values that correspond to the time-varying mesh stiffness with the unit N/m, we must multiply the stiffness c′ and cγ by the actual face width in millimeters and then convert N/mm to N/m. 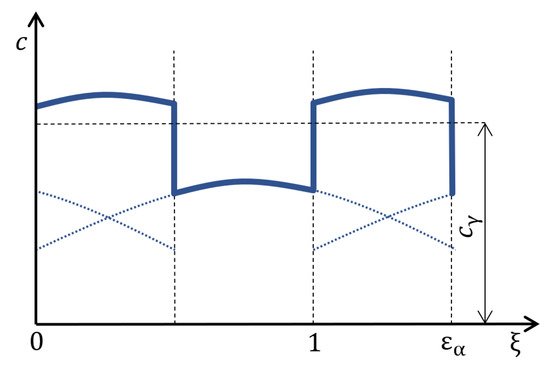 Figure 1. The course of the total stiffness of spur gearing [1].

where ϵ is contact ratio of gearing, m is equal to 1 for the case of calculating the course of stiffness of the gearing with staight teeth, τ is dimensionless time.

When using this analytical approach, it is necessary to keep in mind its limitations. Since this analytical model is determined on the basis of test samples and is given by empirical relationships, it has its natural initial conditions for its use. Gears must meet the following conditions:

1.the gear must have external gearing,

2.the gearing must be straight teethed, helix angle of reference circle β=0,

3.gears must have a standard basic profile:

4.The following must apply to the profile shift coefficients of gearing:

Across various sources in the form of scientific articles, the method of deformation energy is considered to be the ideal analytical approach to modeling the stiffness of gears, as an internal excitation element of dynamical systems. The following findings are summarized from the authors’ scientific contributions: Chen and Shao [7]; Saxena, Chouksey and Parey [8]; Sainsot, Velex and Duverger [9]; Cao, Chen and Jiang [10]; Yang et al. [11] and last but not least Wan, Cao, Zi, He and He [3]. The second analytical model (AM2) for obtaining the course of mesh stiffness of gear is a model based on the mentioned publications. In this case, it is not an empirical model, which was created on the basis of experimental testing of gear samples, but is directly based on the theory of elasticity. The individual teeth are considered as cantilever beams placed in the dendum circle with a variable cross-section, where a force acts in the direction of the line of action. The deformation energy accumulated in the tooth is calculated individually for each tooth coming into an engagement. The potential energies that contribute to the calculation of gear stiffness are: bending energy Ub, shear energy Us, and axial compressive energy Ua. They can be determined using Equation (5).

Kb, Ks and Ka denote the bending, shear and axial compressive stiffness. F is the force in direction of line of action.

By means of beam theory, the calculation of the potential energy for a gear tooth can be defined using these Equation (6)

where E is Young modulus, G denotes shear modulus and Ax,Ix represent the area of cross-section and moment area of inertia where the distance between the section and the acting point of the applied force is x which is from interval <0;d> which shows Figure 2 [7]. 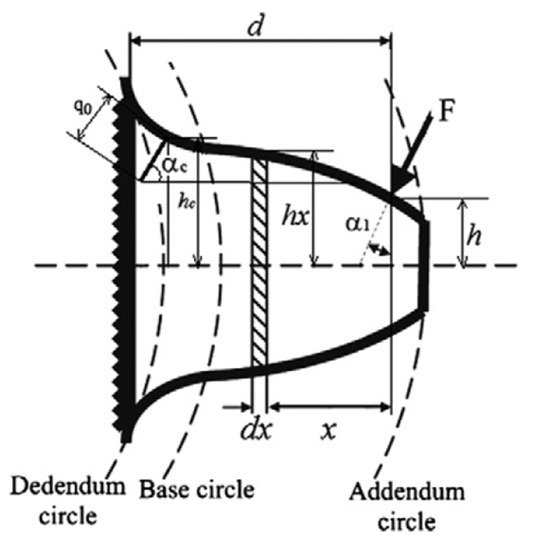 Fb,Fa and M can be calculated from the following Equation (7).

The required stiffnesses (8) can be calculated from Equations (5)–(7).

where ν is Poisson’s ratio, W is face width.

The last thing that affects the mesh stiffness of gearing is called fillet-foundation stiffness Kf. It is an expression of stiffness that takes into account the fillet radius, which is given by Equation (10).

There is δf in Equation (10). This expresses the deformation of the tooth at its fillet radius and a special Equation (11) using empirical constants is used to calculate it.

The coefficients L∗, M∗, P∗, Q∗ are given by a general polynomial function (Equation (12)), where X∗ represents the individual coefficients.

Empirical values of Ai, Bi, Ci, Di, Ei, Fi are given in the Table 2. In Equation (12), hfi is equal to rf/rint. The unmentioned members of Equations (11) and (12) are shown in the Figure 3 for complete information. 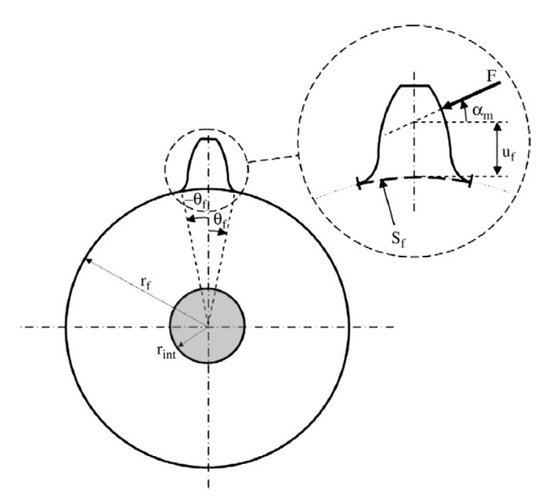 Table 2. Constants for calculating the deformation of fillet-foundation   [7].

The total stiffness of single pair of teeth in the engagement is calculated as:

The total stiffness of double pairs of teeth in engagement is determined by the Equation (14) [12]:

Firstly, according to the design calculation of gears, five models of gearing with a real teeth shape were created (Gearing 1, 2, 3, 4, 5), because of the calculation, simulation, and subsequent comparison of the engagement of gears and pinions. The basic parameters of these designed gears are listed in the Table 3. Gearing 1, 2, 3, and 4 are based on one designed gearing. The individual variants differ from each other only by the selected different profile shift coefficients x1 and x2. Real tooth profiles of gears 1–4 are shown in the Figure 4. 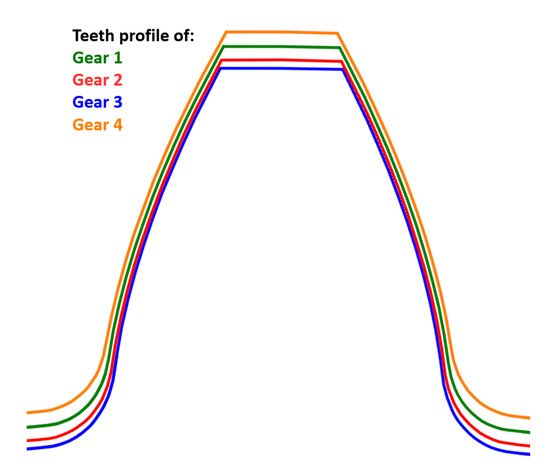 Gearing 5 is a gearing that is not typical. Due to the atypical shape of the fillet-foundation, the tooth profile can’t be produced by a standard gear hob. These teeth are not usable in practice, but in this article, they will be used to compare the results and define the validity of the theoretical approach. The tooth profile of the gear 5 is shown in Figure 5. 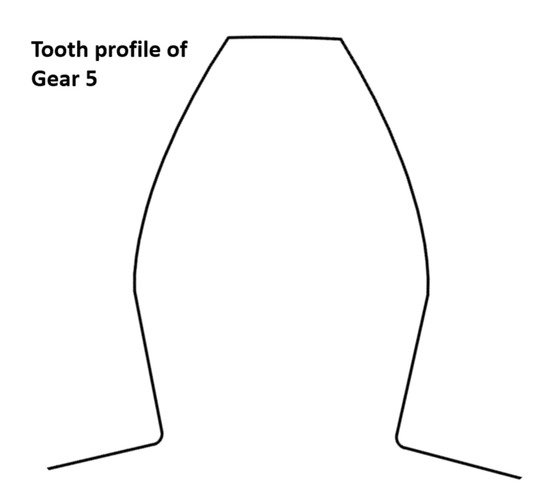 Furthermore, the model for the subsequent calculation was simplified by not modeling the whole wheels, but only their sections, which contain four teeth for the pinion and the wheel, which come into the common engagement. This is shown in the Figure 6. Single-pair and double-pair contact of the teeth was realized on these four pairs of teeth, by defining the contacts on the flanks of the teeth and the subsequent rolling of the pinion and the gear. The individual gearbox members (pinion and wheel) were converted from solid models to surfaces. These surfaces were further subdivided into smaller sections, mainly because of creating a better mesh of surface elements in the Abaqus CAE software in which the calculation was performed. 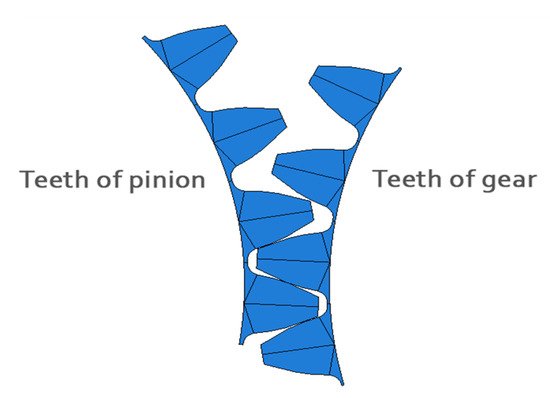 For the calculation, boundary conditions are determined, which take into account the placement of the pinion and gear (only rotation about its own axis of rotation is allowed) and also contain predefined rotations of pinion and gear, which are used to demarcate tooth backlash and subsequently for the common rotation. In three computational steps, the boundary conditions and the torque load (100 Nm) of the wheel are gradually realized.

The very fine mesh of pinions (111,968 elements) and gears (83,952 elements) is formed by elements of the CPS8R type, i.e., quadrangular elements suitable for planar stress.

Based on the FEM analysis, the deformation rotation of the pinion and the gear was determined. Then it was converted to the stiffness of spare compression springs inserted between perfectly rigid teeth. This obtained the stiffness of the gears in the N/m units.

More
© Text is available under the terms and conditions of the Creative Commons Attribution (CC BY) license (http://creativecommons.org/licenses/by/4.0/)
Upload a video for this entry
Information
Subjects: Engineering, Mechanical
Contributor MDPI registered users' name will be linked to their SciProfiles pages. To register with us, please refer to https://encyclopedia.pub/register :
Jan Flek
View Times: 317
Revisions: 2 times (View History)
Update Time: 23 Jun 2021
Table of Contents
1000/1000
Hot Most Recent