Outlier detection is the term used for anomaly detection, fraud detection, and novelty detection. The purpose of outlier detection is to detect rare events or unusual activities that differ from the majority of data points in a dataset[1]. Recently, outlier detection has become an important problem in many applications such as in health care, fraud transaction detection for credit cards, and intrusion detection in computer networks. Therefore, many algorithms have been proposed and developed to detect outliers. However, most of these algorithms are designed for a static data environment and are difficult to apply to streams of data, which represent a significant number of important application areas.

Outlier detection can be viewed as a specific application of generalized data mining. The process of data mining involves two steps: data processing and data mining. The aim of data processing is to create data in good form, i.e., the outliers are removed. Data mining is the next step, which involves the discovery and understanding of the behavior of the data and extracting this information by machine learning[2]. Outlier detection (or data cleaning) is an important step in data processing because, if an outlier data point is used during data mining, it is likely to lead to inaccurate outputs[3]. For example, a traffic pattern of outliers in the network might mean the data has been sent out by a hacked computer to an unauthorized device [4]; if the outliers cannot be detected and removed, a machine learning technique applied to the data is likely to be misled. Additionally, in many cases, the goal of data mining is to find the outliers. For example, an outlier image in magnetic resonance imaging could mean the presence of malignant tumors [5]. An outlier reading from an aircraft sensor may indicate a fault in some components of the aircraft[6].

Figure 1. The types of outliers, where grey points are global outliers, and the red point is a local outlier.

We are now in the era of big data that is mined and analyzed to extract information. Data science, statistics, and machine learning are the fields where researchers are most interested in methods of extracting information from big data. Outlier detection is a major operation in these fields. Outlier detection is a task in data mining that has gained a lot of attention in this era of big data and an important type of big data is data streams. With the growing necessity of mining and analyzing data streams, it has become hard to use traditional outlier detection algorithms efficiently [9]. The LOF is an efficient and powerful algorithm for detecting local outliers. The main problem of the LOF is that it requires storage in computer memory of the whole dataset and the distance values [10]. A different issue with the LOF is that it requires recalculation from the beginning if any modification occurs in the dataset, such as the insertion of a new data point. The ILOF is a modified version of the LOF that can work in stream environments. Nevertheless, the ILOF also needs to keep all the data points in the computer memory in order to calculate the LOF score for every data point insertion that arrives at different times. Therefore, ILOF requires a large use of memory and computational time.

The most important issue for the LOF and its extensions is application in a stream environment. Few works exist in this domain, but some of them show better execution times. The ILOF algorithm addresses the issue of the LOF in a stream environment by updating and calculating the score of the LOF when a new data point arrives by using a landmark window. The computational complexity of the ILOF is O(N log N) and the memory usage complexity is O(Nk). The MILOF algorithm solved the issue of unlimited memory in the ILOF by summarizing the data points using k-means clustering and sliding windows, which limits the memory requirement. The computational complexity of the MILOF is O(N log Ws) and the memory usage complexity is O(Ws k), where N is the size of the data stream and Ws is the window size. The DILOF algorithm overcomes the issue of unbounded memory requirements by summarizing the data points using gradient-descent and sliding windows. The computational complexity of the DILOF is O(N Ws) and the memory usage complexity is O(Ws k). Finally, the MILOF and the DILOF solve the issue of the ILOF by summarizing and keeping only a small portion of the data points, which leads to reduced execution time.

3.2. Strengths and Weaknesses of Existing Methods

Distance and similarity metrics can be determined by different approaches in the nearest neighbor-based outlier detection methods. The advantage of this approach is that it does not need an assumption for the data distribution and can be applied to different data types. However, it requires an appropriate distance calculation for the data. The Euclidean distance is the optimal approach for serving the outlier detection in continuous characteristics such as data streams[12]. The methods depend on two approaches:

In data mining, the clustering technique is a common alternative for clustering data with similar features [13][14]. Clustering is also an effective method for the study of outliers. In most of the clustering approaches, the primary assumption is that the normal data is often bound to density and significant clusters, where outliers can be separated into other classes[15]. The advantages of cluster approaches include the following:

The disadvantages in the clustering-based techniques are the following:

3.3. New Methods to Be Explored

To address the limitation of the LOF in data streams, new methods should be developed. The primary purpose of any new method would be to measure the LOF score in all of the following circumstances: (1) keeping only a small part of the dataset in the computer memory; (2) the algorithm has no prior knowledge about the data distribution; (3) for an incoming data point pt, the algorithm should verify whether it is an outlier or inlier at the current time T; and (4) when the algorithm detects the current outlier, it has no prior knowledge about future data points.

To overcome the problems of the LOF in stream environments, we have designed a new methodology to detect local outliers. This methodology contains two phases: (1) the detection phase and (2) the summarization phase. For the detection phase, the ILOF is used with a skipping scheme[16][17]. For the summarization phase, the Genetic Density Summarization algorithm (GDS), based on the genetic algorithm (GA), is used to summarize the dataset. The framework of our methodology, named Genetic-based Incremental Local Outlier Factor (GILOF)[18], works as follows: First, the maximum size of the window (W) is determined as W-size. After that, the threshold of the LOF is applied to detect the local outliers, relying on the threshold θ, then using the GDS to summarize the data points. Thereafter, the GILOF uses the ILOF together with a skipping scheme to detect the local outlier when an incoming data point arrives. It is worth noting that the skipping scheme is used in order to detect the sequence of outliers, when the sequence of outliers is outlier data points that are trying to build a new class. The GILOF continues to detect the outlier data points and to compute the LOF values for every new data point until the window reaches the W-size. When the window becomes full, the GDS algorithm is applied to the window in order to summarize 50%W of the older data points in the window; it does so by choosing 25%W of the fittest data points to represent the 50%W of the older data points. After this, the GILOF deletes the older 50%W of the data points from the window and the selected 25%W of data points is transferred to the window and merges with the remaining 50%W. These 75%W of data points joins with the newly incoming data points in the window. When the window reaches the W-size again, the GDS repeats the same process. The video in[19] displays a simulation of the GILOF system process. Figure 3 shows the overall design and workflow for the methodology. 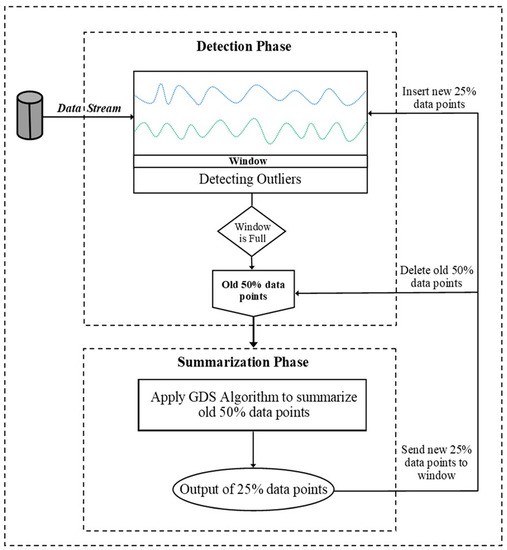 Figure 3. Diagram of the overall design and workflow for the methodology.

Local Outlier Factor by Reachability Distance (LOFR) is similar to the LOF, but the LOFR has a different calculation method, in which it does not need to apply the local reachability density [117]. To calculate the score of outlierness, the LOFR uses k-distance, k-nearest neighbor, and Reachability distance Rd. Subsequently, the Reachability distance Rd of data point p will be divided by the average Rd of the data point p neighbors. This new calculation method for local outlier detection can produce a lower “outlierness” score than the LOF. The LOFR can produce a more accurate outlierness score in various datasets. The LOFR score is calculated by using Equation (1).

The GILOF algorithm is discussed extensively in [115]. By trying to enhance the effectiveness of the GILOF algorithm, we propose another calculation method for the LOF, which is named LOFR. The newly adapted algorithm in the data stream is named Genetic-based Incremental Local Outlier Factor by Reachability Distance (GILOFR). The GILOFR algorithm is also extensively discussed in [117]. For future work, the other traditional local outlier detection algorithms, such as the COF, LoOP, LOCI, and the INFLO, etc., can be adapted to work in a data stream. To execute these traditional algorithms in a data stream, the mechanisms of the above-mentioned methods, such as the GILOF and DILOF algorithms, should be applied.