Sedimentary rocks in the interior of the earth are usually considered in a sequence of thin layers. The physical properties, such as acoustic impedance, are commonly treated as invariant within a layer but can vary from layer to layer. Therefore, the layered rocks are preserved as transversely isotropic with respect to its vertical axis of symmetry but macroscopically anisotropic [1-4]. Reflection and refraction of acoustic waves between adjacent rocks have profound implications in geophysics, e.g., in earthquake seismology, seismic image and analysis, and underwater acoustics [5-11]. The physical properties of the transversely isotropic media with a vertical axis of symmetry (VTI media), as shown in Figure 1(a), can be described by an elastic stiffness tensor [2, 7, 12-16], 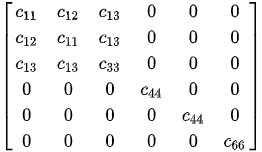 where the matrix elements are functions of stress and strain in the medium and c12 =c11 - 2c66.

At the interface between two VTI media, as shown in Figure 2, Snell’s law can be used to establish a fourth-order polynomial for the angles of the reflection and refraction [13]. Most recently, an eighth-order polynomial has also been established for the transversely isotropic medium with a tilt axis of symmetry (TTI medium), as shown in Figure 1(b) [22]. The solution reveals a possible anomalous incident angle that occurs for strongly anisotropic media. 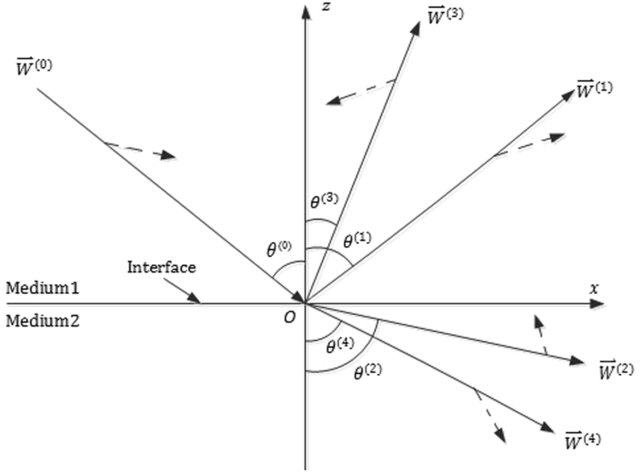 Figure 2. A schematic representation of reflection and refraction of acoustic waves at the VTI-VTI interface, where the solid lines with arrowheads indicate the phase velocity directions and the dashed lines with arrowheads show the polarization directions. W(m) is a particle displacement, and the index m denotes the incident P-wave (m = 0), reflected P-wave (m = 1), refracted (m = 2) P-wave, reflected SV-wave (m = 3), and refracted SV-wave (m = 4) respectively [Ref. 20].

The angles of reflection and refraction are defined in Figure 2. The anomalous incident angle is usually in the post-critical incidence region. The phase velocities are given as

is a phase shift for an induced wave relative to the incident P-wave.

The physical origin of the anomalous reflection is the strong anisotropy of the media, embedded in Snell’s law. For any given incident angle regime, all waves involved in the reflection and refraction must satisfy Snell’s law (see Figure 2),

For some specific incident angle, the required root of the phase velocities of the refracted P-wave must be adjusted in order to satisfy Snell’s law, 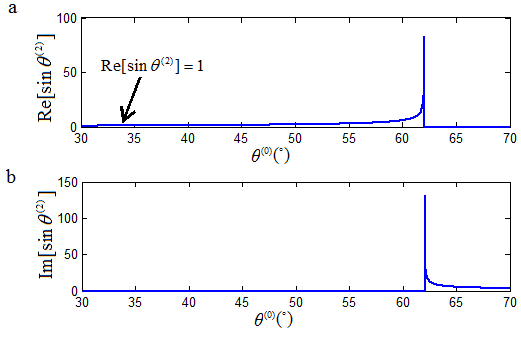 For the calculated results at the incident angle of 62.04o as shown in Figure 4, the phase velocity solution of the refracted P-wave is different before and after this incident angle, switching from

is anomalous for the P-wave to P-wave refraction.

Figure 5. The refraction coefficient as a function of incident angle for the interface between A-shale and O-shale [Ref. 18]: (a) amplitude of the reflection coefficient, (b) phase angle.

For the interface between A-shale and O-shale, the calculated reflection and refraction coefficients as functions of media anisotropy and incident-angle are given in Figure 6. 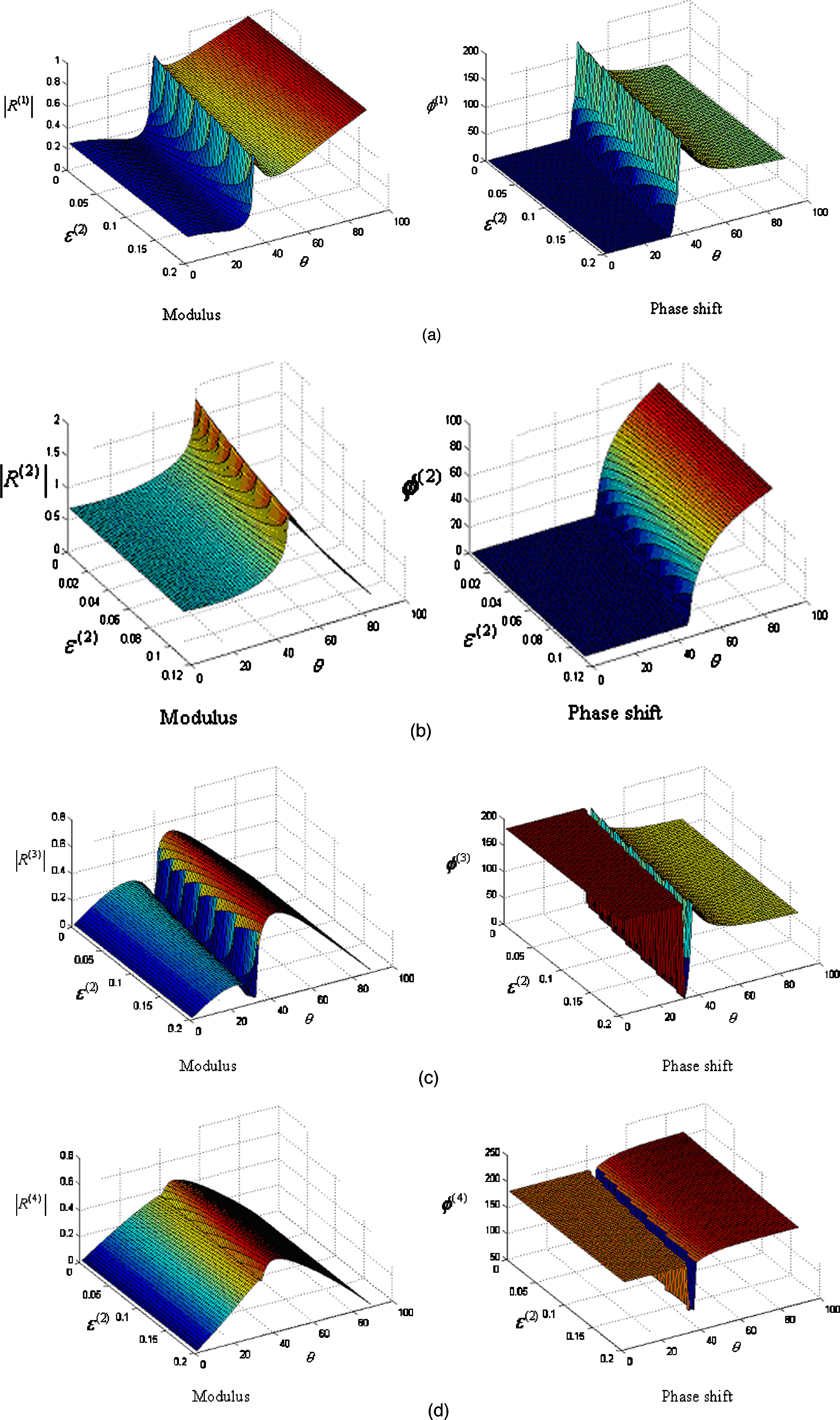 Finally, we consider the usefulness of these findings in the real world. While the existence and determination of anomalous reflections are theoretically substantial, their significance can be more fully realized if they are confirmed from experimental observations and applied to practical applications such as in geophysics and seismic exploration. Similar to many other cases of optical and acoustic phenomena [23-24], additional work needs to be done to fully understand their practical significance, which may further lead to productive industrial applications.