Enteroviruses (EV) are a group of positive-sense RNA viruses that belong to Picornaviridae. Most of the infections caused by EV are asymptomatic. However, EV can cause serious infections such as neurological and cardiac infections. Different chronic diseases have been linked to EVs, as causative agents, such as dilated cardiomyopathy and type 1 diabetes.

Enteroviruses (EVs) are a group of small, single-stranded, positive-sense RNA viruses belonging to the Picornaviridae family. In general, EVs can infect various tissues of the human body, in any given community, and at any time of the year [1]. However, the seasonality of EV infections is notable; they are predominant in summer and autumn in the Western countries and in winter and spring in the Eastern countries [2]. These infections vary greatly in severity and clinical manifestations depending on different factors, such as the infection site and virus serotype. For example, EVs are the most common cause of central nervous system (CNS) infections in children, and most infections are self-limited [3], whereas they can also cause serious cardiac infections, which can be life-threatening [4]. Some chronic diseases have been linked to EVs, such as dilated cardiomyopathy and type 1 diabetes mellitus (T1DM) [5][6][7][8][9].

T1DM is a multifactorial immune-mediated disease characterized by the disruption of insulin-producing cells, i.e., β-cells, in the pancreas. T1DM results from the amalgamation of different genetic and environmental factors. The genetic background of T1DM is complex, as a few genes have found to be causative, whereas others have found to be protective. For example, IDDM1, located on human leukocyte antigen (HLA) II on chromosome 6, is the principal gene linked to most T1DM cases. However, it is difficult to explain the genetic background of T1DM based on the involvement of HLA alone because not all T1DM cases share similar genetic mutations [10]. Moreover, environmental triggers, like dietary agents and viral infections, also play a key role in the pathogenesis of T1DM. EV infections have been extensively linked to T1DM etiology. Studies on human and animal models found that EVs can infect insulin-producing cells [5][11][12][13]. Moreover, EV antibodies and EV RNA are frequently reported in newly diagnosed patients with T1DM [7][14]. Consequently, the relationship between T1DM and EVs has been investigated in many regions highly affected by T1DM.

2. Distribution of T1DM in the World

The annual increase in the number of children and adolescents with T1DM despite the geographic variations is estimated to be 3–4% [15]. In 2019, the global prevalence of T1DM in children and adolescents aged <20 years was 1,000,000 with 129,000 newly diagnosed cases each year. Europe and North America and the Caribbean are the most affected regions, with an incidence rate of 25,000 and approximately 20,000 cases per year, respectively (Figure 1). Regarding the incidence per 100,000 children aged <15 years per year, three countries from Europe (Finland, Sweden, and Norway) and two countries from the Middle East (Kuwait and Saudi Arabia) are the top five countries with an incidence rate of T1DM higher than that of the rest of the countries worldwide. (Table 1; Figure 2 and Figure 3). 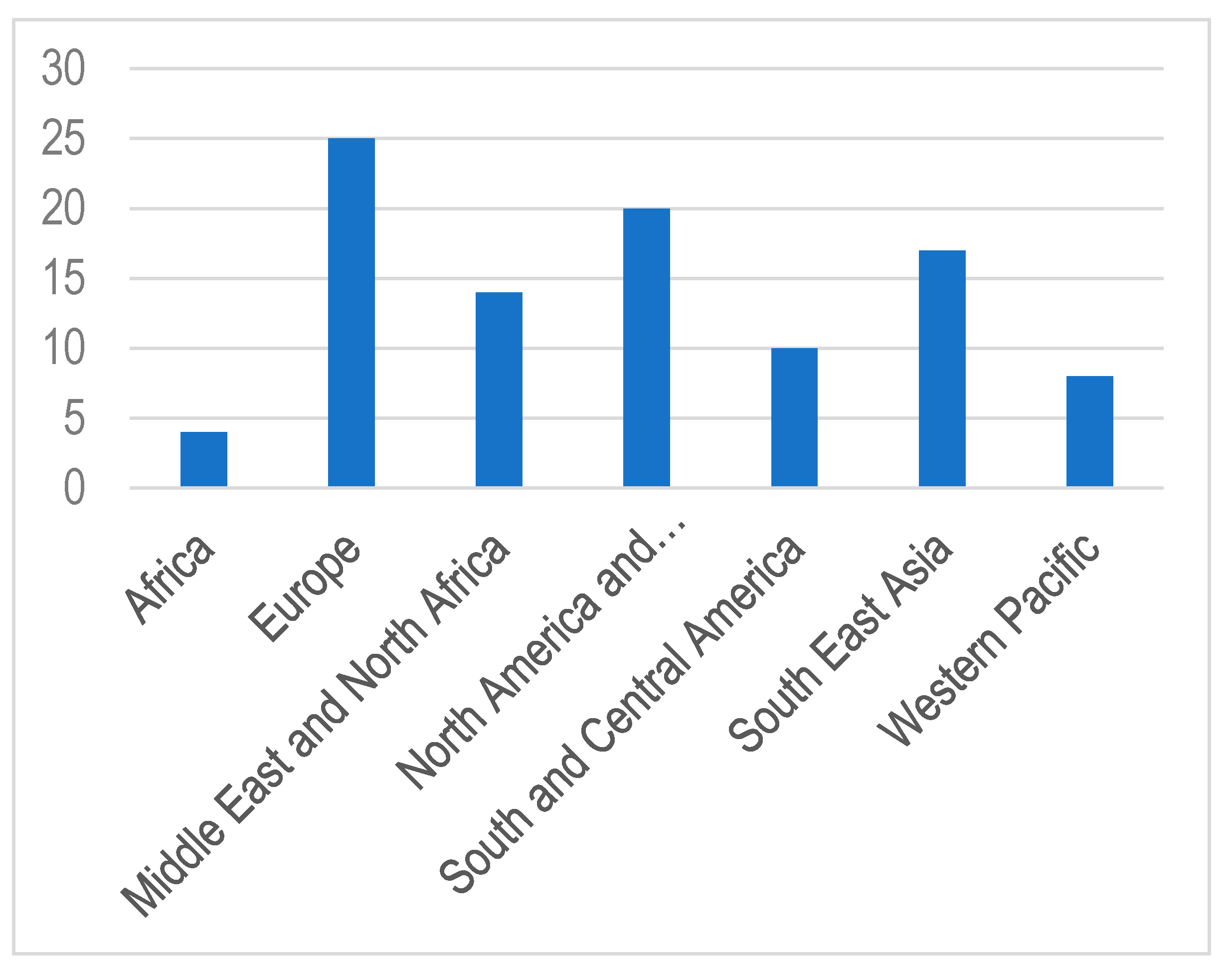 Figure 3. Regions and countries cited in this review.

India, Brazil, the USA, and China recorded the highest number in terms of incidence and prevalence of T1DM in children aged <15 years per year [15]. Studies on the causal association between EVs and T1DM revealed that EVs are strongly linked to the development of T1DM, as the time of seroconversion of EV autoantibodies and the development of T1DM share similar seasonal patterns, i.e., in summer and autumn in Europe and the USA [12][16][17][18][19]. However, this relationship has not been sought in some other countries, such as Saudi Arabia and Kuwait, despite the high incidence of T1DM.

Although the incidence of T1DM is rising globally, intercontinental variation exists, with some regions having a higher incidence than others. Recently, many developing countries have been experiencing a rapid increase in the incidence rate with unexplained reasons yet to be thoroughly investigated. To face these rising T1DM trends in the concerned countries, focused epidemiological studies are warranted. Environmental triggers are also essential while studying EVs and their potential link to the onset and pathogenesis of T1DM. Future studies on T1DM, and its potential causal relationship with EVs, can lead to a better comprehension of the disease and eventually can aid in its prevention. Focused molecular and epidemiological studies on T1DM in some regions that recorded a high incidence and prevalence of T1DM, such as in the MENA regions and India, and the possible involvement of enteroviral infections that may increase T1DM incidence in those regions, are needed to bridge the gap of knowledge on the relationship between EVs and T1DM.