There are sexually dimorphic differences in osteoclast formation and function that may have significant importance for understanding why females are prone to have a lower bone mass than males at any given age and are at increased risk for osteoporosis. Osteoclasts are the principal mediators of bone resorption. They form through the fusion of mononuclear precursor cells under the principal influence of the cytokines macrophage colony stimulating factor (M-CSF, aka CSF-1) and receptor activator of NF-κB ligand (RANKL, aka TNFSF11).

Osteoclasts are the principal mediators of bone resorption (the process by which bone is removed) [1]. They form predominately under the influence of two cytokines, macrophage colony stimulating factor (M-CSF, aka CSF-1) and receptor activator of NF-κB ligand (RANKL, aka TNFSF11) [2]. Osteoclasts are multinucleated giant cells, which derive from a hematopoietic myeloid-lineage precursor cell that can also differentiate into macrophages and dendritic cells [3]. As a result of their heritage, osteoclasts share a number of characteristics with other innate immune cells. These include the ability to present antigens to T-lymphocytes, the expression of pattern recognition receptors (PRR), like the toll-like receptors (TLR) and the production of proinflammatory cytokines [4]. As the principal mediator of bone resorption, osteoclasts are involved in the development of a number of metabolic bone diseases including osteoporosis and Paget’s disease of bone [5].

Sexual dimorphism in the development of the skeleton and in the incidence of skeletal diseases is well described [5]. In general, females, at any given age, have a lower bone mass than males [5]. In addition, women predominate in the incidence of osteoporosis while men more frequently develop Paget’s disease of bone. The organization of bone into a functional skeleton, which provides organisms with structural integrity, is the net result of the activity of osteoclasts, which resorb bone, osteoblasts, which form bone and osteocytes, which coordinate the activities of the other two cell types [6]. The reasons for the differences between women and men in the bone mass of the skeleton at various ages and the incidence of certain metabolic bone diseases are multiple and include the actions of sex steroids (estrogens and androgens), genetics and inflammation (Figure 1) [7]. All of these influence the rate that osteoclasts form, resorb and die, and frequently produce different effects in females and males. Hence, a variety of factors are responsible for the sexual dimorphism of the skeleton and the activity of osteoclasts in bone. This review will provide an overview of what is currently known about these factors and their effects on osteoclasts. 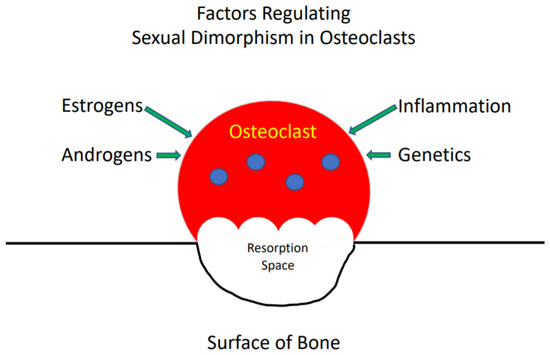 Figure 1. The reasons for the differences between women and men in the bone mass of the skeleton at various ages.

My laboratory has found that female-derived murine bone marrow osteoclast precursor cell cultures, treated with M-CSF and RANKL, formed significantly more osteoclasts and demonstrated enhanced resorptive activity relative to males [8]. Our original studies used cultures of bone marrow macrophage (BMM), which are a mixed culture [8]. We have seen similar differences between female and male osteoclastogenesis in cultures of murine bone marrow cells that were directly isolated by fluorescent-activated cell sorting (FACS) as CD11blo/neg, CD3neg, CD45Rneg, CD115 (CSF-1Receptor)pos [9] and then immediately cultured with M-CSF and RANKL for 6 days [10]. The latter assay did not pretreat cells with M-CSF or M-CSF + RANKL to enhance commitment to the macrophage/osteoclast lineage, as is done by some investigators. However, our results are not universal, as some publications found that male cells were more osteoclastogenic, while others found no differences between male and female cells. Valerio et al. [11] examined FACS purified osteoclast precursor cells (OCP) defined as murine bone marrow CD11blo cells that were first primed with M-CSF and RANKL for 48 h and then stimulated with LPS. They found that in this inflammation assay male cells formed more osteoclasts compared to female cells. In contrast, Zarei A, et al. [12] found no differences in osteoclastogenesis between female and male murine BMM cultures that were first pretreated with M-CSF. These discrepancies probably reflect significant differences in the culture assays that were employed or the origins of the cells. Significantly, our results correlate with measurements of the number of osteoclasts in the bones of mice [10]. However, more work is clearly needed to better understand the reasons for the discrepancies between female and male cultures in the various assays.

3. Effects of Sex Steroids on Osteoclasts

Estrogens promote apoptosis and inhibit resorption [15] in osteoclasts through mechanisms that depend on Fas ligand (FasL), Fas receptor [16][17][18] and TGFβ [19][20]. The deletion of ERα in mature osteoclasts caused an increase in FasL expression in mice that had been estrogen withdrawn by ovariectomy [16]. In contrast, the deletion of ERα in all myeloid cells, rather than specifically in osteoclasts, did not induce an increase in FasL with estrogen withdrawal [14]. The reasons for this discrepancy are unknown. The effects of estrogen on mitochondrial oxidative phosphorylation in osteoclasts have also been described [21]. It was demonstrated that osteoclasts with deleted ERa in females, but not males, exhibited trabecular bone loss, which was similar to the osteoporotic bone phenotype of postmenopausal women [14][16]. Further, it was shown that estrogen induced apoptosis and upregulated FasL expression in osteoclasts of the trabecular bones of WT, but not ERα deleted mice [16]. FasL production by osteoblasts in response to estrogen has also been shown to regulate osteoclast apoptosis by a paracrine mechanism [17]. Significantly, the latter authors failed to demonstrate upregulation of FasL in osteoclasts with estrogen withdrawal. Hence, this point remains controversial.

It was also found that antibody inhibition of TGFβ blocked the ability of ovariectomy and its consequent estrogen withdrawal, to prolong the life span of osteoclasts [19]. These effects appear to require interaction of Erα with the adapter protein, breast cancer anti-estrogen resistance protein 1 (BCAR1) [22] and expression of the tyrosine kinase Lyn in osteoclasts [23]. ERβ is also expressed in osteoblasts, osteocytes and osteoclasts [24]. However, its function in these cells is less well understood. There are also effects of estrogen on osteoclastic bone resorption and trabecular, but not cortical bone mass, which are mediated by changes in the permeability of the gut wall to bacterial products and, in turn, alterations of Th17 cell number in Peyer’s patches and T cell TNF production [25].

Clearly, we have much to learn about the mechanisms that regulate the sexual dimorphic responses of osteoclasts. Studies of this phenomenon are important, because they can provide insight into the pathophysiology of metabolic bone diseases like osteoporosis or the response of individuals to therapeutic intervention. Elucidating these mechanisms may identify gene targets that lead to more effective therapies for metabolic diseases of the skeleton.