Color additives are used extensively in several food products, as to enhance their appearance, and their nutritional properties. They can be defined as “any substance that its intentional addition of which to a food aiming for a technological (including organoleptic) purpose in the manufacture, processing, preparation treatment, packing, packaging, transport or holding of such food results, or may be reasonably expected to result, in it or its by-products becoming a component of the food or otherwise affecting the characteristics of such foods”. Thus, hereby they are presented all the late advancements related to existing analytical methods and sample preparation methodologies, for their determination and quantification in food matrices.Furthermore, all these advancements are connected to general information about the existing natural or synthetic food colorants, along with legislative information and toxicological aspects, in order to support the importance and the need of appropriate analytical methodologies.

Codex Alimentarius gives a definition for food additives as "any substance that its intentional addition of which to a food aiming for a technological (including organoleptic) purpose in the manufacture, processing, preparation treatment, packing, packaging, transport or holding of such food results, or may be reasonably expected to result, in it or its by-products becoming a component of the food or otherwise affecting the characteristics of such foods" [1][2]. Carocho et al. highlighted that the definition given by the Codex Alimentarius does not include the term contaminants or substances added to food for maintaining or improving nutritional qualities [2].

In food technology, food colorants, of several types, are chemical substances that are added to food matrices, to enhance or sustain the sensory characteristics of the food product, which may be affected or lost during processing or storage, and in order to retain the desired color appearance [3][4][5]. These are classified based on several criteria: firstly, based on their origin in nature, nature-identical or, if synthetic, whether they are organic or inorganic. Another classification could be based on their solubility (e.g., soluble or insoluble) or covering ability (e.g., transparent or opaque), though an overlap may exist among one or more of these classifications. The most common and widely used classification is based on the distinction between soluble and insoluble color additives (colorants or pigments), which can be further categorized as natural or synthetic [4]. 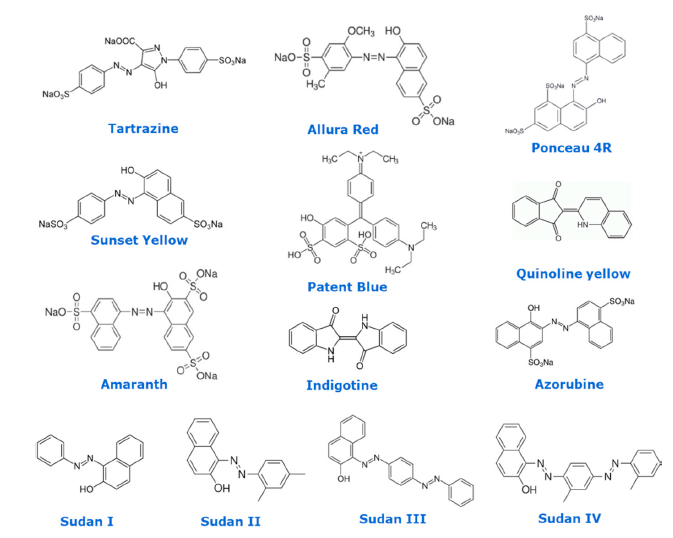 Natural additives have been used since ancient times. In certain cases, they were used for the preservation of foodstuffs. Nowadays, most consumers seem to be in favor of the use of the natural, as opposed to the synthetic ones, which are considered by the food industry to be more efficient. In the meantime, there is also considerable interest in the overall reduction of food colorants to food products [4][5][6]. The classification of naturally derived colorants can become very complex because of the wide variety of innate properties of the coloring substances. They can be derived from a variety of sources in nature, and therefore, natural colorants also exhibit a wide variety of chemical compositions that affect properties, solubilities, and stabilities differently, and they can have different sources as plant-origin or animal-origin [6].

Commonly, naturally occurring food colorants can be allocated in different sub-categories, namely anthocyanins, carotenoids, beet colorants, and phenolic compounds. In addition, annatto, carminic acid, and some curcuminoids have been studied, particularly curcumin. Finally, other colorants remain to be assessed and evaluated in order to be authorized with an "E" code.

Carotenoids are another cluster of naturally derived colorants with a renowned technological effect. They present coloring attributes along with certain bioactive as well as antioxidant properties and are being used extensively in the food industry as natural preservatives [4][6][7][8][9] apart from food colorants [8]. Their main source is extracts from plant roots, flowers, and leaves, as well as from algae, yeasts, and aquatic animals. This category mainly includes Lutein, astaxanthin, and lycopene [2][7], the most widely used carotenoids used with others such as crocin and crocetin, still under investigation [4][5][7].

Red-purple colorants derived from beets and beetroot (Beta vulgaris L.) root is the principal source of these natural colorants but also fruit of Hylocereus polyrhizus (Weber) Britton and Rose, Opuntia ficus-indica [L.] Miller, Opuntia stricta (Haw). Haw and Rivina humilis L. are also rich in these colorant substances, namely, the betacyanins and betalains, which are the most frequently studied and already authorized (E162). They are being used in various food products such as burgers, desserts, ice creams, jams, jellies, soups, sauces, sweets, drinks, dairy products, and yogurts [2][4][5][7].

Other natural food colorants are considered the phenolic compounds, where flavanones, flavones (4′,5,7-trihydroxyflavones), and flavonols (fisetin, myricetin, myricitin, quercetin, and rutin) have been studied. As reported by Martins et al., currently only the commercially available products are being used (i.e., myricetin and myricitrin from Myrica cerifera L. roots). Phenolic compounds do not yet have an approved "E" code nor an ADI value [7] with many still being studied and examined since their safety, stability, and spectrum of activity still remain unclear [7][10].

Another category of natural food colorant is the curcuminoids with the most widely known and used colorant in this group being curcumin (E100), usually isolated from Curcuma longa L. rhizomes.

Other natural used colorants are the annatto (E160b) group, as well as bixin and norbixin which are extracts from Bixa orellana L. seeds [2][4][5][7]. In addition, carminic acid (E120) with a yellow to red-orange food color is already largely used, either naturally occurring or of synthetic origin with an ADI of 5 mg/kg b.w [7] or crocin. Nevertheless, there are other food colorants under investigation, including c-phycocyanin (blue pigment isolated from Arthrospira platensis) and c-phycoerythrin (red-orange pigment from blue-green algae). Other naturally occurring pigments, which are commercially available, are being studied, such as geniposide, monascorubrin, and purple corn color [4][5][7].

Based on increasing demand, mainly from the consumer, for products that are more visually attractive, several synthetic food colorants have been developed for use in food production, to increase certain quality and organoleptic characteristics. However, it is reported that over time, most of the synthetic food colorants were excluded due to repeated side effects as well as to their short- and/or long-term toxicity and eventually to potential carcinogenic effects [3][7][11].

Thus, a change in consumer expectations has been reported, which is largely in favor of the natural colorants [7][12].

Apart from this, also from a regulatory point of view, there is increasing attention and interest related to the risk assessment of these colorants used in food products (i.e., azo-dyes). In case of the azo-dyes, a limiting factor for their use is their potential carcinogenicity, which occurs after their reduction to carcinogenic metabolites into the intestine [3][13][14]. These metabolites are produced in the human body, though their toxic effect depends on the ingested amount of the target substance/colorant [3][13][15]. However, it is reported that regular evaluation and assessment of potential toxicity of food colorants by regulatory authorities is necessary [3][13][16].

Based on various scientific findings, several toxicity e ects, have been reported including behavioral effects on children, e ects on the respiratory system, connection with allergies, development of attention deficit hyperactivity disorder (ADHD) in children, or neuro-developmental effects at the No-Adverse E ect Limit levels [3][13][16]. In any case, further investigation to assess the potential associated risks of these compounds is needed [3][4][5][7][8][11][13][17][18][19].

The regulatory framework in Europe, in brief, contains the authorization procedure in Regulation (EU) No. 1331/2008, the rules on food additives with a list of approved color additives and their conditions of use in Regulations (EU) No 1333/2008 and 1129/2011, the specifications for food additives in Regulation (EU) 231/2012, and finally for labelling in Regulations (EU) No. 1169/2011 and 1333/2008. Respectively, in the United States, the color additives are included in Title 21 CFR Part 70, listing food additives (exempt from certification, including specifications and conditions of use) in Title 21 CFR Part 73, and certification of donor additives in Title 21 CFR Part 80 [4][5][6][20].  Authorization for the use of food colorants in the production of food products is subject to a number of toxicity tests, in order to define and evaluate acute, sub-chronic and chronic toxicity, hepatotoxicity,carcinogenicity, mutagenicity, teratotoxicity, genotoxicity, reproductive toxicity, accumulation in the body, bioenergy e ects, and immunotoxicity [3][4][5][7][8][11][13][17][18][19].

5. Analytical Methodologies for the Determination of Food Colorants

For the analysis of natural food colrants, the predominant technique is HPLC combined with spectrophotometric (UV-Vis) or Diode Array (DAD) detectors, followed by HPLC by MS/MS. Spectrophotometric UV-Vis methods seem also to be preferred by the researchers in this field as they show low instrument cost and do not involve expert skill (Figure 2). However, it should be considered that the individual features of the spectra obtained for single colors are highly dependent on the pH-adjustment of the solution or the mobile phase, using proper acid or alkali. The pH adjustment certainly affects maximum absorption  avelength, where shifts and intensities based on the di erent pH can be observed. Although sample preparation is much less demanding in comparison to the LC methods, these techniques present a significant disadvantage, which is the lack of ability to analyze simultaneously a bigger number of food colorants. 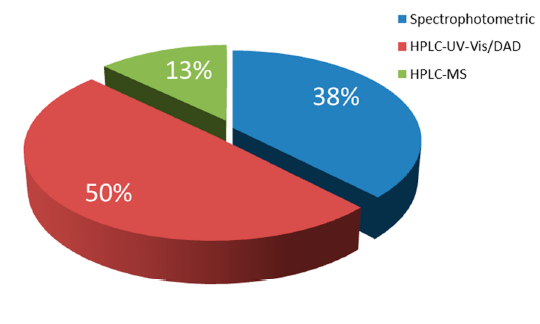 Figure 2. Distribution of techniques used for the analysis of natural food colorants.

In case of synthetic colorants, more intensive scientific work has been conducted the last decade, for their analysis in food matrices. Within this framework, a significant number of LC-MS, LC-MS/MS and LC-UV/Vis methods are available, that are dedicated to simultaneous detection of either a significant or limited number of these analytes (Figure 3). It can be easly concluded that LC/HPLC/U(H)PLC is the most abundant technique, followed by capillary electrophoresis (CE) and enzyme-linked immunosorbent assay (ELISA). For the latter technique,  it shall be highlighted that it cannot be applied for a group of substances/food colorants but only for standalone substances, for which the monoclonal antibodies have been developed. 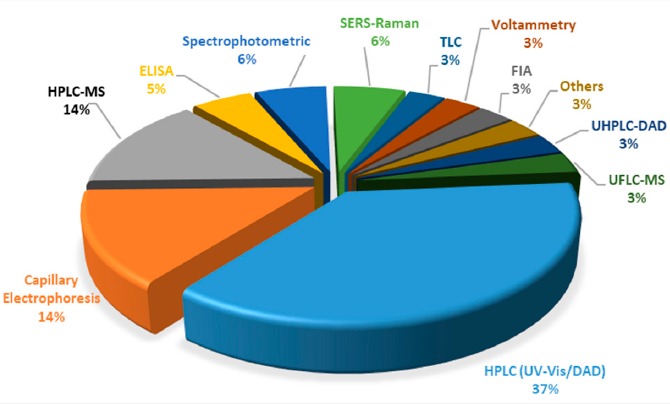 Figure 3. Distribution of techniques for the analysis of synthetic food colorants.

For both categoreis of natural and synthetic colorants, sample preparation, is highly sample dependent, and it could involve the application of diffrent extraction techniques, such as membrane filtration, liquid–liquid and solid phase extraction techniques, for cleaning-up the highly complex matrix of food products. Sample preparation is of great importance and must be carefully developed, in order to avoid or eliminate existing matrix interferences aiming to the development of simple, selective, and precise methods of extraction.

Analytical methodologies have much more to o er in this direction and, as it could be concluded from synthetic colorants, HPLC is the most frequently used followed by capillary electrophoresis. In terms of detection methods, the simple UV-Vis/DAD is the predominant one followed by tandem MS. The analytical techniques and sample preparation methodologies presented cover the existing methodologies mainly applied during the last decade.