The most commonly employed Enhanced Oil Recovery (EOR) techniques for heavy oil reservoir are thermal methods such as Steam Assisted Gravity Drainage (SAGD), Cyclic Steam Stimulation (CSS), and steam flooding, with the common key objective to improve the oil mobility through viscosity reduction using heat [1][2]. Therefore, thermal methods are characterized by their high temperature [3]. The increase in temperature may significantly affect the properties of the reservoir rock and fluids; for example, pore geometry can be changed with the rise in temperature, which, in turn, can affect the fluid distribution and the flow performance [4][5][6]. The fluid properties such as density and viscosity, as well as the fluid/fluid and rock/fluid interaction characteristics, such as wettability and interfacial/surface tension would also change with temperature. Hence, the relative permeabilities to different fluids present in porous media representing the fluid flow behavior are likely to change with the temperature. We also need to consider the steam flow in the rock, as the application of heat (through the injected steam) leads to a three-phase flow of oil, water and steam. The flow of steam comprising both the injected and in situ generated steam due to the heat mimics the gaseous phase. Therefore, it is envisaged that both steam/oil-relative permeabilities alongside water/oil-relative permeabilities control the flow during steam injection processes. In addition, we also need to account for the other effects such as change in rock and fluid properties with temperature [7] in the modeling of a thermal recovery process.

The knowledge of two-phase gas/oil-relative permeability is essential in predicting the fluid flow behavior and the ultimate oil recovery in thermal recovery processes [11][12]. The relative permeability characteristics are also formation-type dependent; they change from one formation to another due to the variation in the characteristics of the reservoir such as pore geometry, composition, lithology, pore size distribution, and fluid/rock or fluid/fluid interactions [11]. As stated earlier, when the temperature increases, the fluid flow behavior may be altered by changes in one or more petrophysical characteristics.

Table 1. Summary of the reported studies on the effect of temperature on gas/liquid-relative permeability. 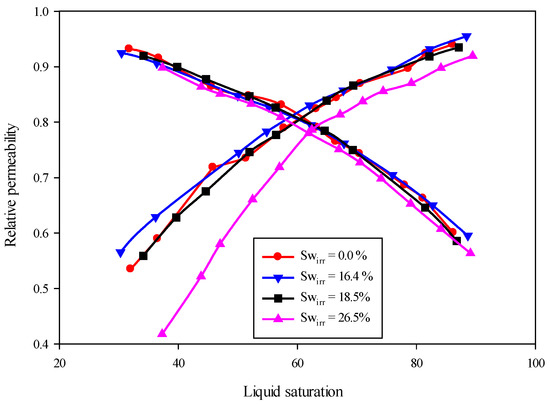 Esmaeili et al. [28] stated that irreducible water saturation depends on three parameters: wettability, pore geometry, and capillary number, all of which may change with temperature. Wettability may change due to the presence of chemical species like clay or asphaltene. Moreover, in clay-rich formations, it was observed that in-situ stresses might increase due to temperature, which may result in swelling and this might change the pore geometry of the formation [29][30]. However, the variation in such parameters (wettability and pore geometry) with temperature are not theoretically expected due to the absence of reactive minerals and adsorbed polar chemicals. Thus, the only remaining parameters that could be the reason for the change in irreducible water saturation with temperature is the variation in the capillary number.

Among many studies on the effect of temperature on the two-phase flow that were published during the past sixty years, a large majority reported that the residual oil saturation decreased as temperature increased [28], at least for the oil/water system. Nonetheless, several studies reported no change in residual oil saturation with temperature [28]. The following discussions provide some insight into the current understanding of the effect of temperature on Sor in the gas/liquid system. 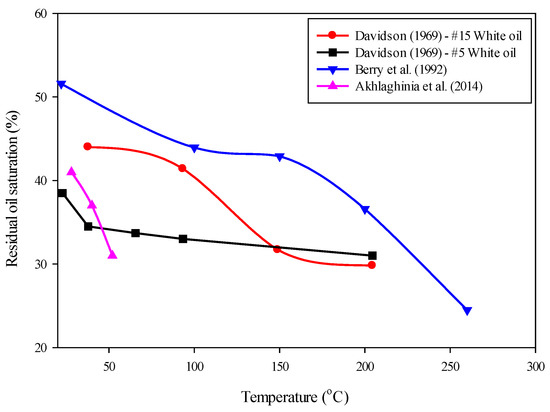 Figure 8. Effect of temperature on residual oil saturation in the gas/oil system.

Due to the small number of reported studies on the effect of temperature on gas/oil-relative permeability, it is difficult to make a firm statement the factor that is dominant causing a reduction of residual oil saturation with increasing temperature in gas/oil systems. However, the comprehensive literature review carried out by Esmaeili et al. [28] for oil/water systems reveals that the decrease in residual oil saturation is related to the reduction in oil viscosity, changes in wettability and surface tension and other possible factors. It is likely that the same reasons can be considered also for the gas/oil systems, but their relative importance could be different.