The accurate and effective prediction of the traffic flow of vehicles plays a significant role in the construction and planning of signalized road intersections. The application of artificially intelligent predictive models in the prediction of the performance of traffic flow has yielded positive results. However, much uncertainty still exists in the determination of which artificial intelligence methods effectively resolve traffic congestion issues, especially from the perspective of the traffic flow of vehicles at a four-way signalized road intersection.

This subsection describes the use of a time-space diagram (Figure 1) to explain the traffic flow patterns at a four-way signalized road intersection. 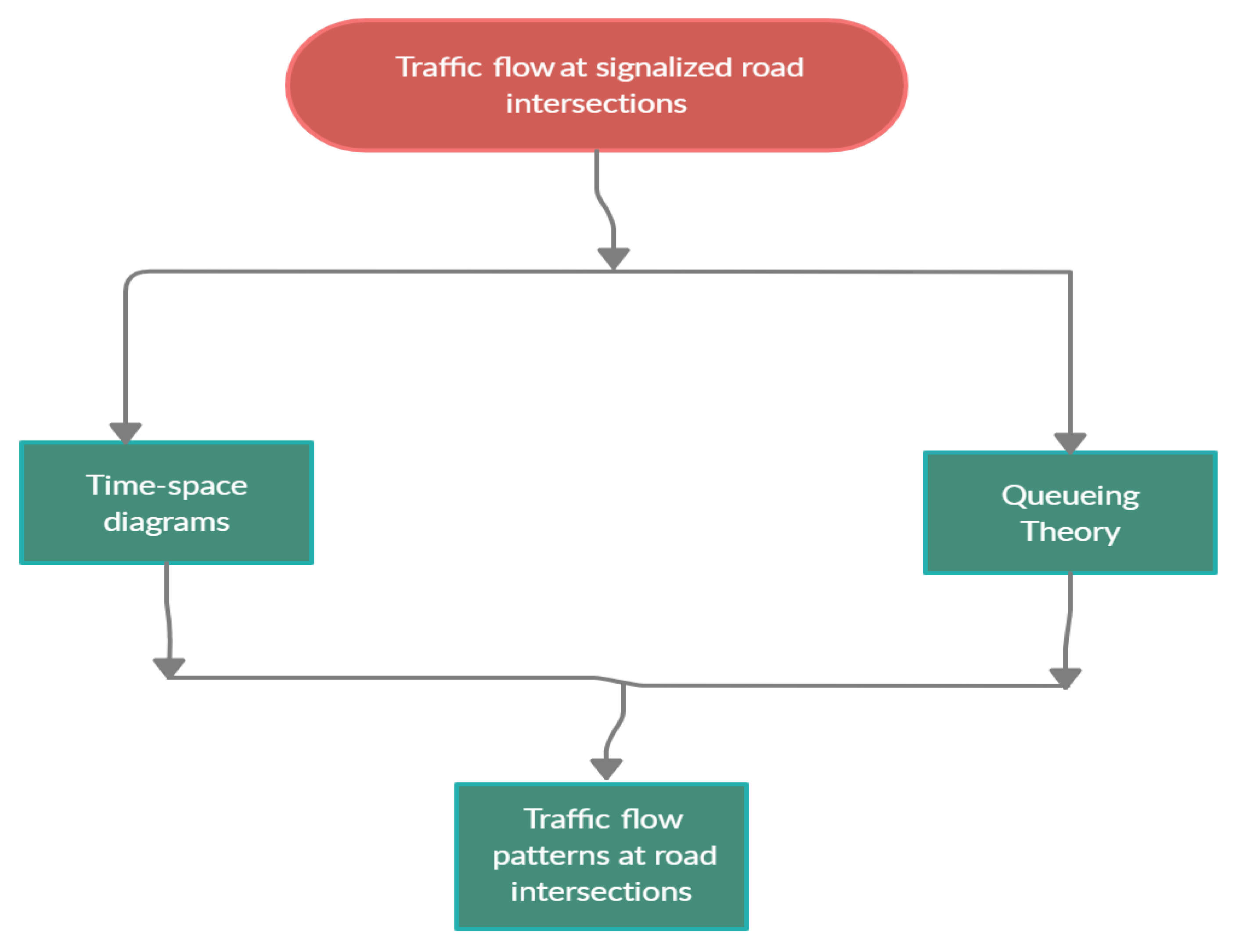